KTM has 40 years less experience than Honda in premier-class Grand Prix racing, so what does the Austrian factory need to do to get closer to the front? 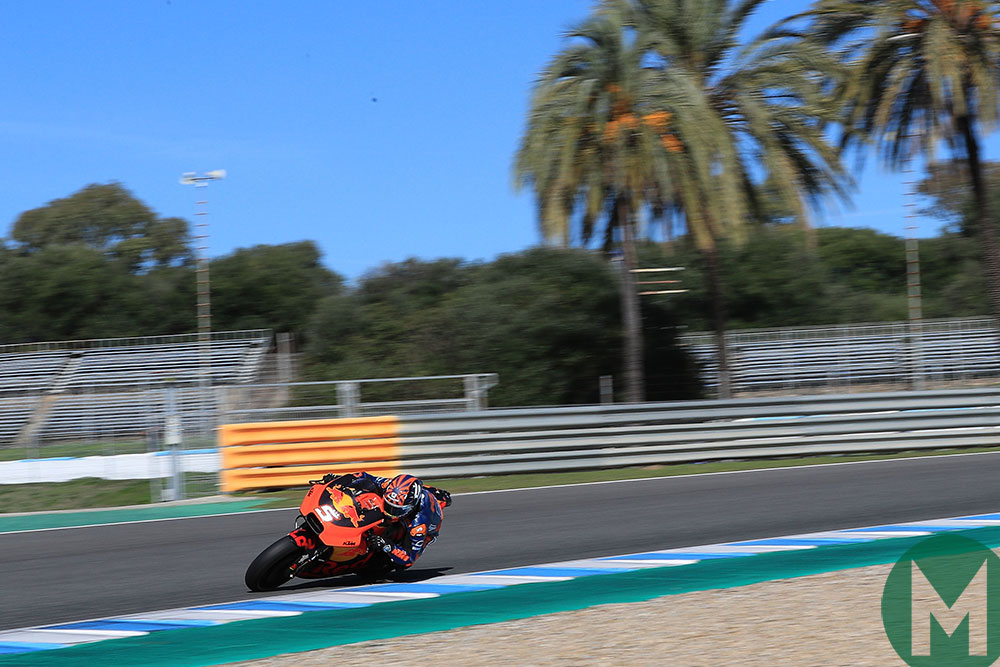 KTM had an impressive rookie season in 2017, but last year the Austrian factory stalled. And when prize signing Johann Zarco first tested the RC16 in November he was shell-shocked.

The arrival of Zarco at KTM is supposed to be the factory’s next big step because he is the strongest rider to sit on the RC16. But the Frenchman’s first outings on the bike suggest the gap between KTM and the front of the pack is still huge, so what did KTM learn from 2018 – and what does it need to do in 2019?

The biggest thing KTM learned last year is that riders are fragile. The company’s second season was cursed by injuries: Pol Espargaró had a huge preseason crash, which required spinal surgery, which left him struggling until Mugello, then he broke a collarbone at Brno and again at Aragon. Meanwhile test rider Mika Kallio smashed a knee at the Sachsenring, ending his season.

“It was frustrating because we improved the bike but we were never in a position to show what we’ve got, at least in the dry,” says Espargaró’s crew chief Paul Trevathan. “At one point the injuries forced us to stop chassis development.”

KTM may be entering its third season in the class of kings but life will only get harder.

KTM’s big step last year was switching to a reverse-rotating crankshaft, which Kallio used to beat KTM full-timers Espargaró and Bradley Smith at Jerez, but wasn’t ready for full deployment until later in the season.

Changing the direction of crankshaft rotation changes the entire motorcycle because it changes the forces going into the chassis, so KTM effectively had to start all over again.

“When you change the heart of the motorcycle it affects every little thing and you get a different character from the motorcycle,” adds Trevathan. “We are at the tip of the iceberg now – we know this is where we want to go and we see the benefits but it’s going to take time.”

Espargaró raced the new engine for the first time towards the end of the season and the improvements were dramatic. “The engine makes the bike turn better and easier to ride,” says Aleix’s younger brother, who scored KTM’s first MotoGP podium in November’s rain-lashed Valencia GP. “One of the main problems we had was that the bike was shaking a lot, all through the race, which made it physically tough to maintain your rhythm and really difficult to maintain your lines and to defend your lines. Now the way the tyre spins is much better because the bike is calmer and more stable.

More: How I ride: Johann Zarco

“Our biggest problem is that as soon as you touch the throttle the bike goes wide and loses its way. Turning with throttle is killing us, especially when you have less grip at the end of races. This is better with the new engine, so we are now working on the swingarm to get more grip, because the more rear grip you have the better the bike behaves when you get on the throttle.”

Of course, the KTM does have good points. “Corner entry is still the best part of the bike, especially fast corners. When I’m following the Honda it looks like we use similar lines and have a similar feeling, but I see Honda riders struggling to get the bike to the inside of the corner. Also, Marc [Márquez] loses the front a lot, whereas it’s very difficult to lose the front with the KTM.”

Over the winter KTM has been working hard to fix the corner-exit problem, via the engine, chassis and electronics.

“You have to take the load off the front tyre and start the process of getting the bike around the corner and rotating the load to the rear, because motorcycles don’t turn from the front, they turn from the rear,” explains Trevathan.

“This process of finding the right rear grip is the key, because the sooner you can do that, the sooner you can finish the corner and get onto the good [fatter] part of the tyre and then you can go. The more flexible you are in this area is the key to tyre life. We see on the data that from 50 degrees of lean to 35 degrees the difference in tyre performance is unbelievable, so you need to get into that better area and the quicker you can get there the sooner you can use more throttle. The tyres are a massive part of what we’re doing, trying to understand that part of the motorcycle.

“For example, if the traction control makes an ignition cut, then all of a sudden you’ve taken load off the rear tyre, so the bike goes into a state of nothing, then the load comes back as a shock, and the tyre loses grip. If you have a good engine – a good, smooth heart to the motorcycle – then it makes it everything a lot easier.” 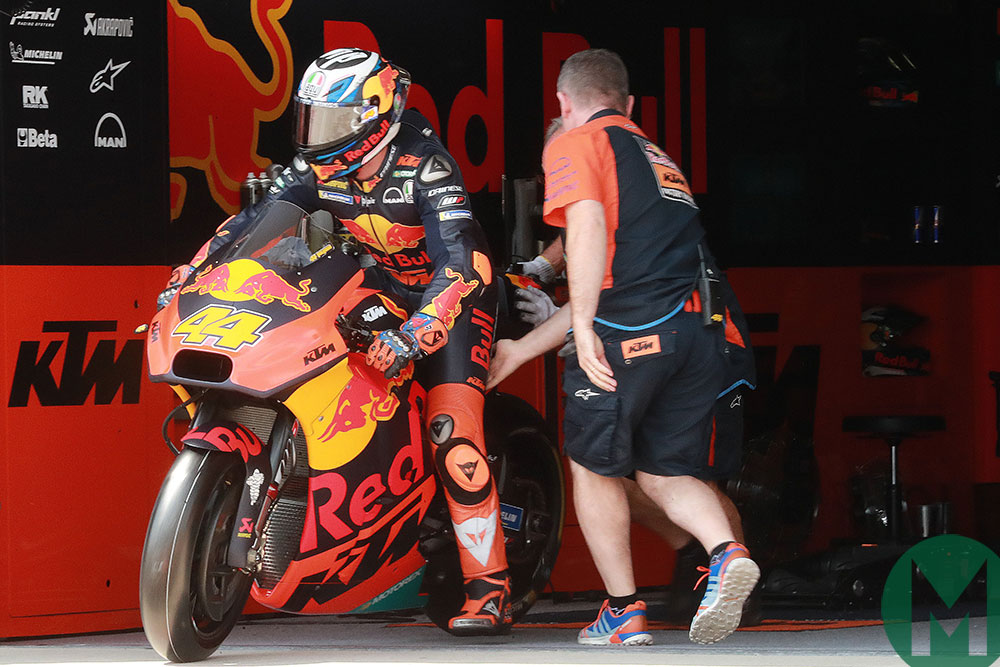 Of course, KTM’s biggest problem of all is lack of experience and data. Yamaha has been in the premier-class since 1973, Honda since 1979 and Ducati since 2003. That’s why KTM’s Pit Beirer pulled off the masterstroke of signing Tech 3, which has been in the premier class since 2001 and now runs Miguel Oliveira and Hafizh Syahrin on full-spec RC16s.

One thing’s for sure; KTM may be entering its third season in the class of kings, but life will only get harder.

More: KTM will make MotoGP 2019 the strongest ever