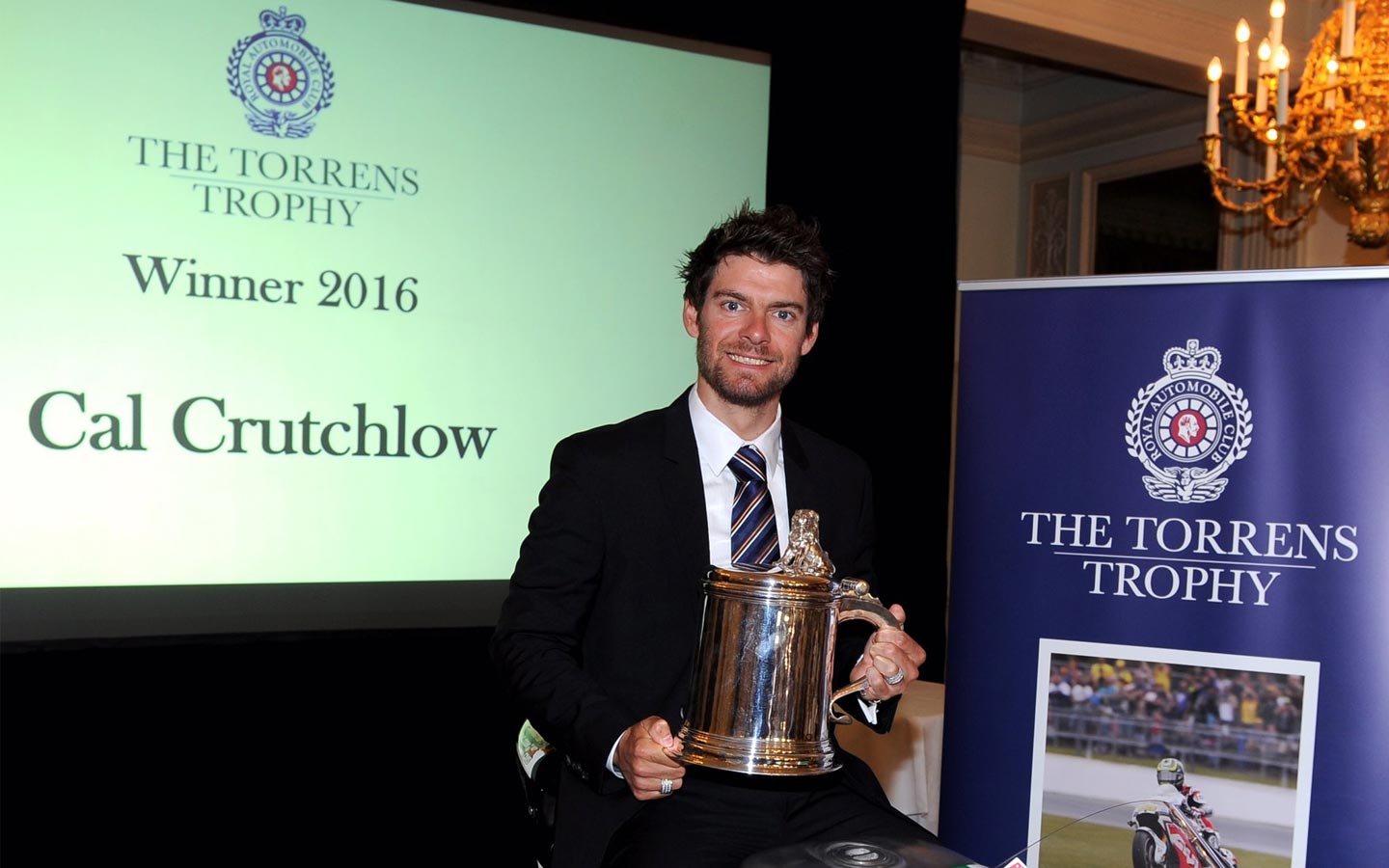 MotoGP preseason testing starts next week and no one will ride out of the Sepang pitlane more of a changed man than Cal Crutchlow.

Crutchlow wasn’t last year’s only first-time MotoGP winner but he was almost certainly more affected by his debut victory than Maverick Viñales, Andrea Iannone and Jack Miller were by theirs.

Until Brno and Phillip Island, Crutchlow was another MotoGP also-ran – 97 races into his premier-class career with only three podiums achieved during the previous two years. It seemed like he might already be past his peak, destined to be MotoGP’s wise-cracking nearly man.

Now he’s much more than that. Even though Crutchlow always thought he could win a MotoGP race, only now does he know he can. That makes a big difference to a racer’s psyche.

This doesn’t necessarily mean he will win again, because the mental state that allows you to beat the best riders in the world is a fragile thing. It’s a state of mind that every racer wants to inhabit every Sunday, but it’s not always an easy place to find. Some riders get there week-in, week-out; others get there one weekend but not the next. The place is called ‘the zone’ and it’s more important than anything else in racing, including engines, tyres and everything else.

Crutchlow was in London yesterday, oozing the easy confidence of a man who knows he can beat the fastest bike racers in the world. So he’s a different man, but also he’s the same as he ever was: the same sense of mischief, the same unbothered attitude to things going on around him that keeps him focused and those same animal eyes, always with a view to a kill. This is good news.

He was in London – shortly before flying to Malaysia – to accept the Torrens Trophy in the regal splendour of the Royal Automobile Club, a mighty Edwardian edifice situated on Pall Mall, just down the road from Buckingham Palace.

Motorcycle racers aren’t used to being honoured in this kind of establishment, because most bike award events are held in much less salubrious environs, like a bar at the NEC. Crutchlow, like every Torrens winner before him, was somewhat overawed by the club’s peak-British-Empire grandeur.

“I’ve never raced for awards, I race because I love it, but it’s a privilege to be recognised by a club like this,” he said. “There’s so much history here and I do appreciate the award because I put a lot of effort into what I do. We all know that cars are in a different league when it comes to this sort of thing, but there’s no doubt that MotoGP is growing and it’s great to see bike racing getting some recognition.” 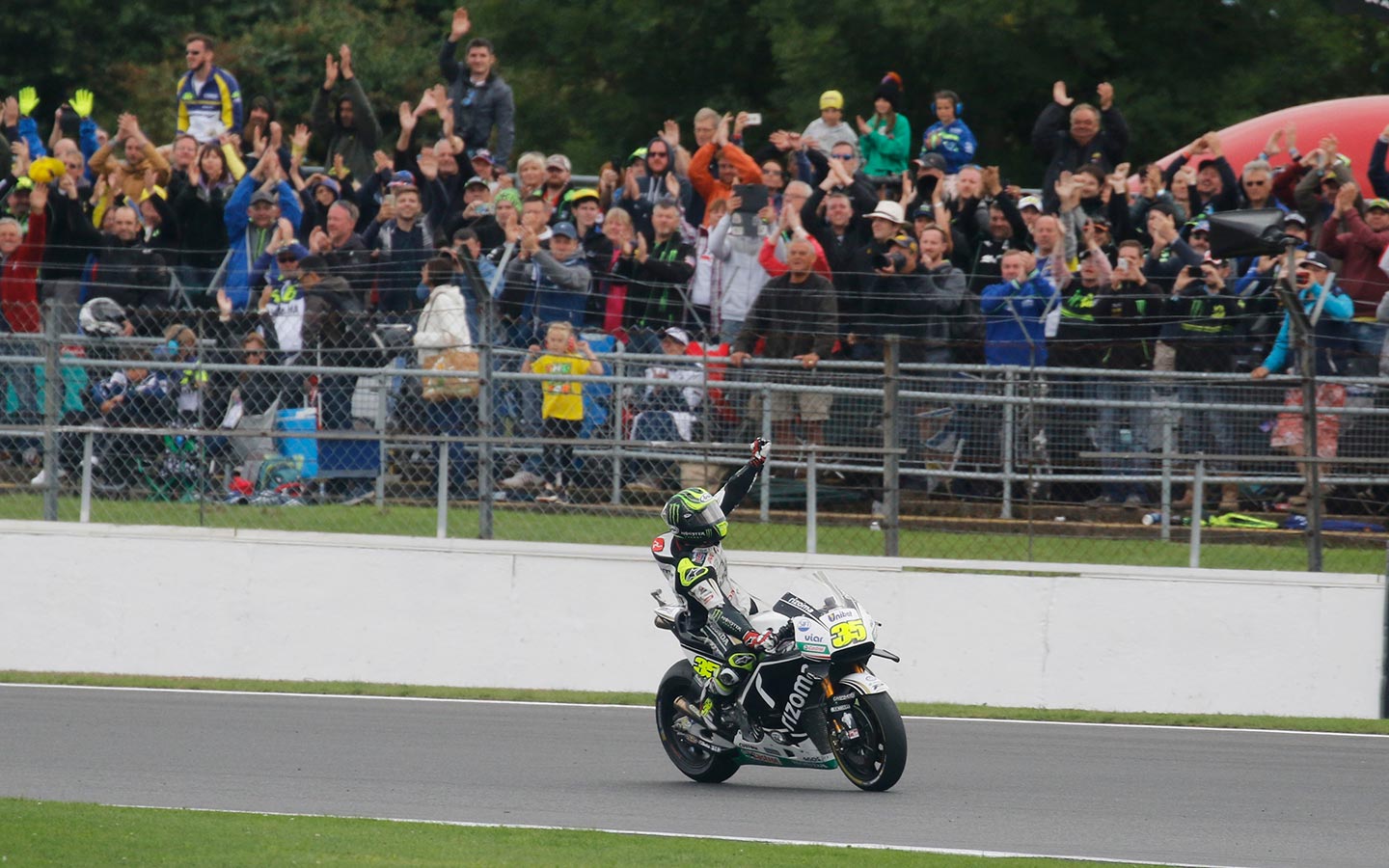 It’s worth noting that many Royal Automobile Club members are big MotoGP fans who are happy to admit that they’d much rather watch a MotoGP race than a Formula 1 race. No doubt, it’s a big deal when motor sport’s movers and shakers think like that.

The Club (nothing to do with the RAC breakdown service) is working hard to rebuild its links with motorcycling, hence the revival of the Torrens Trophy award. Many years ago the Club played a major role in the earliest development of motorcycle racing – in 1905 it organised the first motorcycle races on the Isle of Man, which became the TT, now the world’s oldest regularly run motor-sport event. At around the same time the club also fought to repeal the 1896 Locomotives on Highways Act, which had imposed a nationwide speed limit of 14mph.

History is everywhere and includes the original gold and silver statue of Mercury trophy, which was the blueprint for the globally recognised TT trophies, created by an Anglophile French aristocrat who was deeply in love with bike racing.

The Club’s hefty silver Torrens Trophy – which marks the memory of Arthur Bourne, editor of The Motor Cycle from the 1920s to the 1950s – is now awarded annually to the British rider who displayed the greatest skill and achieved the best results during the previous season.

The recipient is decided by committee. I never thought I would sit on a committee but I do sit on this one. This requires attending meetings while wearing a suit, because the Royal Automobile Club is resolutely old-school. A few years back I made the mistake of failing to attend correctly attired and had to leave the premises by the tradesmen’s entrance. Crutchlow had similar dress-code issues while staying at the club on Monday night – a polo shirt does not meet breakfasting requirements.

Usually we go through several lengthy committee meetings discussing who should win the Torrens. Last year we spent many hours discussing the relative merits of miracle man Ian Hutchinson and Moto3 world champion Danny Kent. Finally, Hutchy got the vote.

Choosing this year’s winner was much easier. The nominees were Crutchlow, TT hero Michael Dunlop and twice World Superbike champion Jonathan Rea, each of whom would’ve been a worthy winner, but the choice was unanimous and immediate, for the first time ever, which meant we made it to the bar earlier than ever. Thanks for that, Cal.

Crutchlow won because while it isn’t easy winning two WSB titles in two years or two superbike TTs in one week, there’s nothing more difficult than beating Valentino Rossi, Marc Marquez, Jorge Lorenzo and the rest, not once but twice.

Those results were so important that they are still changing Crutchlow’s life and carrying his career forward. During the Torrens event he revealed that he is already close to signing a contract for 2018. “We’re looking at a new deal now and it’s going very well,” he added.

Meanwhile LCR Honda team owner Lucio Cecchinello – former 125 GP winner and possibly MotoGP’s nicest team boss – was having sponsorship meetings in London and is now travelling from London to Japan, where he will meet with HRC before flying onto to Sepang.

Crutchlow will have to work harder than ever to better his 2016 campaign, but already it looks like he has everything in place to run right at the front once again, this year and beyond.

Crutchlow also features in the March edition of Motor Sport magazine, available in shops from Friday February 3. Or subscribe today