It’s an old racing truism that the most important part of a racing motorcycle is its tyres. Why? Because the tyres are the interface between motorcycle and race track, so whatever engineers do to the engine, chassis and electronics is for nothing if it can’t be transferred to the track.

And yet it’s an often overlooked fact that the tyres are only 50 per cent of this interface; the other half being the race track itself. This is why engineers and riders are starting to think a lot more about how increased knowledge of the track surface can help them go faster.

Inevitably, this has been a thing in Formula 1 for a while. F1 teams spend huge amounts, using companies like Dromo to help them analyse the asphalt.

“Tyres and tyre management are the key to a good race performance,” says Jarno Zaffelli, founder of Dromo, which has designed and remodelled circuits from Silverstone to Termas de Rio Honda and from Sepang to Misano. “F1 teams measure the grip optically or electronically, then we help them understand what’s important and what isn’t.

“In F1 they spend millions on this, but in MotoGP they’re still not really doing this, at least not all the teams. For sure the match between tyres and asphalt is an important relationship for riders and teams to understand.”

“Making asphalt is like cooking a cake – every component contributes. You need to know how to select the right ingredients”

Dromo has worked for a couple of factory teams at MotoGP events and there’s little doubt that its expertise will be more in demand as the racing becomes closer, making even the tiniest advantage worth paying for.

Zaffelli’s focus on asphalt chemistry and track design makes him more knowledgeable than most in these areas, right down the tiniest details most people wouldn’t even consider.

“When we design a race track we know the grip level required and we know the asphalt texture required,” he adds. “We also know the slope of the track required, because this can make a massive difference. If you have a banked corner facing south, the asphalt gets a lot hotter than if it’s facing north [in the northern hemisphere, at least]. This is the kind of knowledge that can help riders and teams.

“Making asphalt is like cooking a cake – every component contributes. You need to know how to select the right ingredients, how to find them and how to cook them together. You can do this if you have enough experience, which is what we’ve gained from 20 years of trying: doing work, making mistakes, learning, making more mistakes and learning more.” 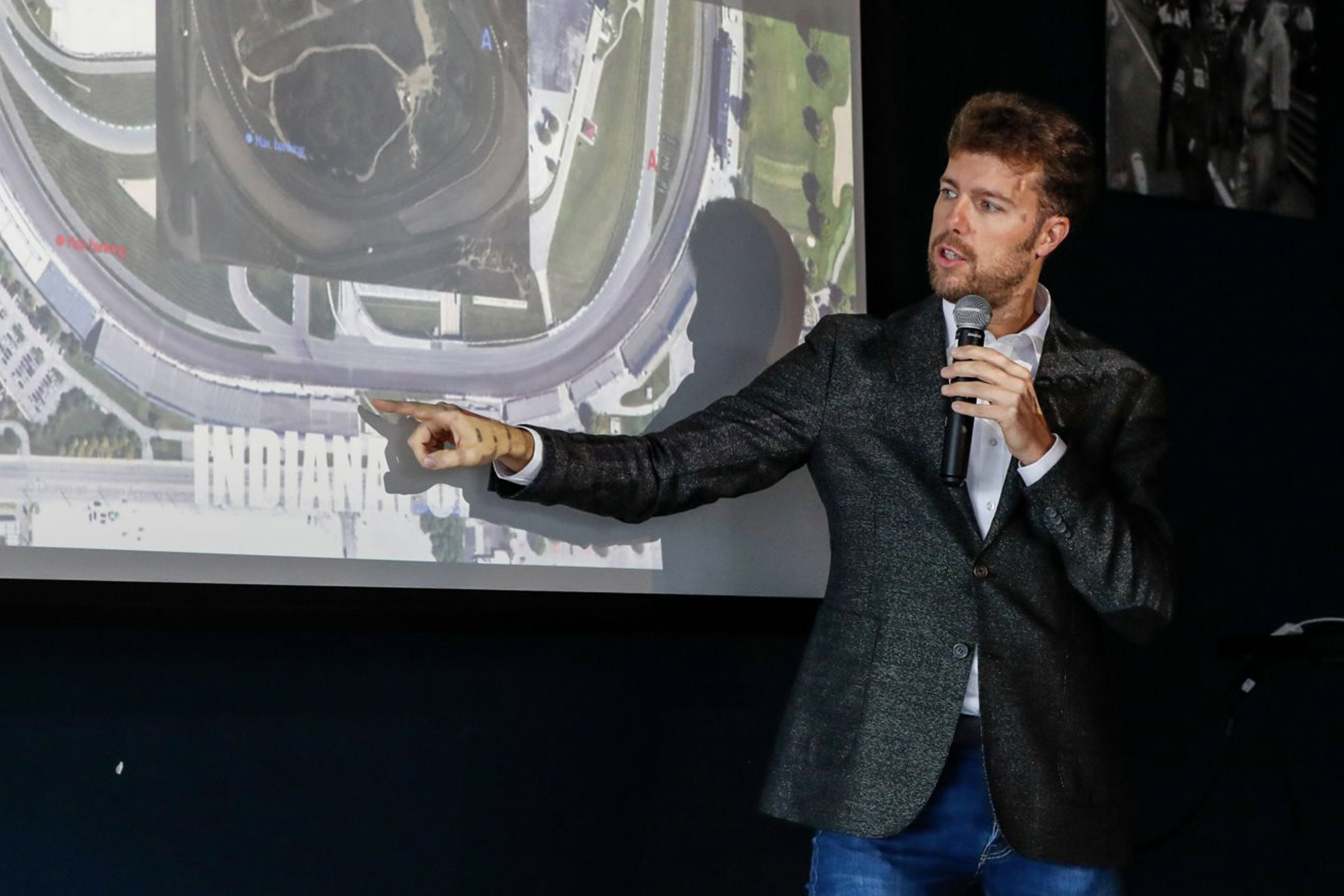 Ironically, the grippiest area of a MotoGP track isn’t Dromo’s carefully cooked asphalt. And many riders don’t even know this.

“All the kerbs at MotoGP events are grippier than any asphalt you can make, simple as that. Because the high-grip paint they use is so good! But there are still teams that have riders who don’t know this, so those riders don’t use the kerbs so much. This is the kind of knowledge they miss.”

That’s why better-informed riders use the kerbs for traction control, a crucial advantage now that MotoGP has lower-tech anti-spin software.

“Normally when you hit a kerb you find more grip there, especially when track grip is low,” affirms Red Bull KTM’s Pol Espargaró. “For example, the grip at Jerez last year was bad – we were sliding a lot on the edge of the tyres, so we couldn’t pick up the bike and get traction. So I started hitting the kerbs super-aggressively, because it was the only way to accelerate. But it depends, track by track. Usually the kerbs in Europe are super-grippy, but not so much at overseas races, so you have to feel and adapt.”

MotoGP riders spend all weekend searching for grip and trying to improve grip. Their job is now much more complicated on race day due to the drastic change in track grip caused by the preceding Moto2 race.

“It’s not exactly clear what happens before the MotoGP race, but for sure something does happen,” says Michelin MotoGP manager Piero Taramasso. “Even if our tyres stay the same and the temperature stays the same the grip level changes a lot after the Moto2 race. This is confirmed whenever we have tests on the Monday after a race, because with the same tyres and same settings the riders are at least half a second quicker.

“Maybe the Moto2 tyres are of a harder compound, so when the bikes slide they clean our rubber off the track, which reduces grip. When MotoGP is on track you see a lot of black lines, but when Moto2 goes out the black lines disappear. So at the start of the MotoGP race the track is clean, then after five laps or so you see some black lines and the grip gets better. Riders tell us that when they’re on the black lines they feel grip, but if they’re off the black lines they lose grip.”

“The Moto2 race cleans the track so the track’s virgin, like you’re starting the race on Friday morning,” says the Australian. “When the Moto2 guys go out to race the track is black with lines from us, and within four or five laps they’re all gone.

“It was really bad at Misano last year. Through the fast right-hander at the end of the back straight the Moto2 bikes go through there flat-out, spinning the rear tyre, using the spin to turn the bike.

“That takes away all the rubber from that corner, so when we start the race and go through that corner the front’s bouncing all over the place and you can’t get the bike to turn, because there’s no rubber down and therefore no grip.

“We’ve all done a lot of laps over the weekend, so we know what we’re doing around any circuit, but track conditions definitely get better as the race goes on, which is why the fastest lap is often done at the end of the race, usually by guys who’ve conserved enough tyre to push when the rubber has been laid down.”

Calculating tyre wear and using the best riding technique and bike settings to save rubber for the crucial final laps is another growing science in MotoGP.

In the old days, engineers calculated tyre wear by examining the wear holes moulded into slick tyres. That’s no longer accurate enough, so now Michelin and MotoGP teams weigh each tyre before and after every session and every race.

“Obviously tyre wear depends on the track and conditions,” adds Taramasso. “We usually consider that losing between 300 and 400 grams during a race is good, whereas something like 700 or 800 grams is too much. The less you wear the more performance you have at the end of the race.” (Of course Michelin won’t reveal the weight of new tyres)

Pedrosa’s MotoGP return after 995 days away: ‘I don’t know if I’ll click into racing mentality or not’

KTM test rider Dani Pedrosa will contest the Styrian GP on 8th August – what’s the point of the outing and will he finish in the points?