Don’t believe the hype – it’s not what you think 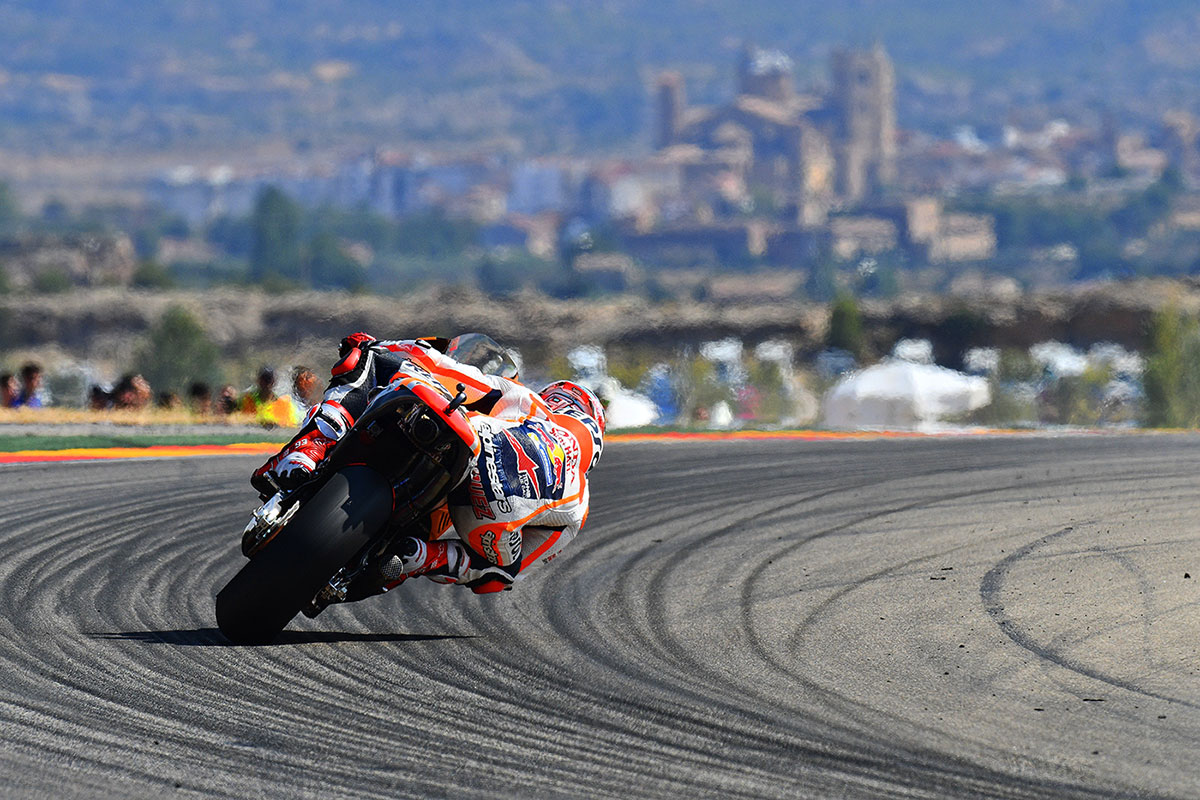 What an amazing season! The most thrilling and unpredictable in recent memory and eight different winners in eight consecutive races, something that’s never happened before in almost 70 years of premier-class racing. It seems like MotoGP is entering a new golden era, the like of which we’ve never seen.

All thanks to Dorna, of course, for forcing the manufacturers to lease fully competitive motorcycles to independent teams and telling them to junk their priceless, tailor-made electronics in place of Magneti Marelli’s same-for-all unified software. Suddenly it seems like pretty much everyone has a chance of winning a race because the machinery is so equal.

Well, please allow me to pop that particularly fantasy bubble. Dorna has helped, no doubt, as has the rainy summer, but there is one simple reason for this enjoyably unpredictable racing; indeed, it’s all down to one single part of the motorcycle: the front tyre.

Michelin is back in MotoGP for the first time in seven years. During that absence all it could do was go endurance racing, because MotoGP was Bridgestone and World Superbike is Pirelli. There is a huge difference between designing tyres for an endurance rider and an endurance-spec superbike and creating tyres for a MotoGP rider on a no-expense-spared Grand Prix bike.

So the gents from Clermont-Ferrand have had a hell of a lot of catching up to do. Not so much with the rear slick, which was immediately better than the Bridgestone rear but became less so after Scott Redding’s tyre flew apart in Argentina, jolting Michelin into safety mode and forcing it into engineering a much stiffer rear. 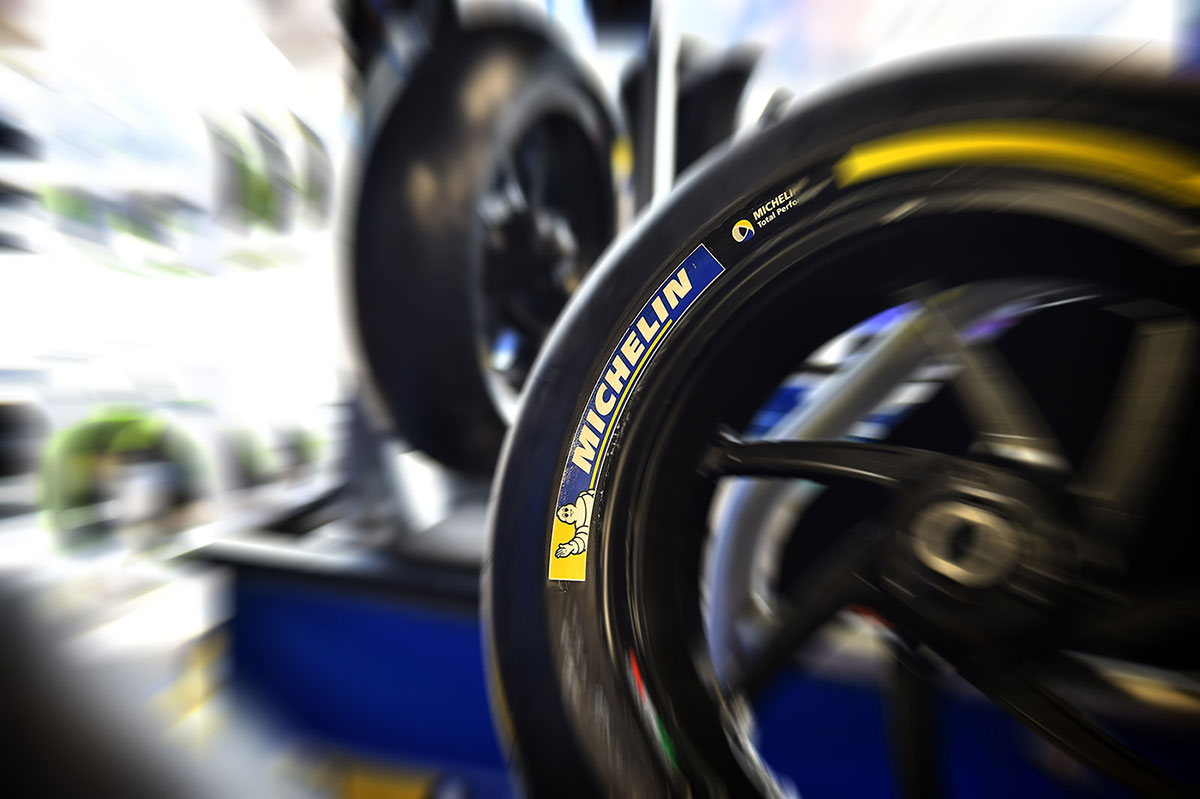 It is the front slick where it’s all happening. Michelin’s front was a disaster in the first few winter tests, but was up to speed by the season-opening Qatar GP, where Jorge Lorenzo broke lap and race records.

Since then Michelin has spent a lot of money on front-slick development, trying to improve the tyre race by race. Bridgestone used to bring a choice of two fronts and two rears to each event because it’d been in the game for years – it knew what worked where and what didn’t. Michelin usually brings three fronts to each race, sometimes four, because it needs to offer a greater range of options because it has so little experience of most tracks. Indeed, poor weather at many of its R&D tests gave it no dry-track time at several tracks.

But what’s all this got to do with the thrillingly erratic racing we’re all enjoying?

It’s all down to the fact that the front tyre keeps changing – hopefully improving – and the fact that Michelin sometimes has to guesstimate front compounds because it has zero experience of some of the asphalts. This was the case at Aragon, which is why it brought four different spec fronts.

In the Bridgestone era the teams knew the tyres so well they sometimes knew their race tyres the moment they saw the weekend tyre allocation. And it was the much the same with set-up – a click or three with the suspension and that was about it.

This year the constantly changing character and compounds of the front slick and the greater-than-usual choice of specs has had all the teams struggling to find a direction with set-up, because when the front tyre changes, everything changes. So, one weekend one team and rider gets it right and the next weekend another ream and rider get it right.

There’s another issue with Michelin’s front – its straight-line braking performance isn’t what it should be, plus it has a very narrow range of operating temperature, with a sudden drop-off in performance when the tyre drops below that temperature. That explains this year’s frequent straight-line braking crashes, like those that Lorenzo and Nicky Hayden endured in last weekend’s cool morning sessions. 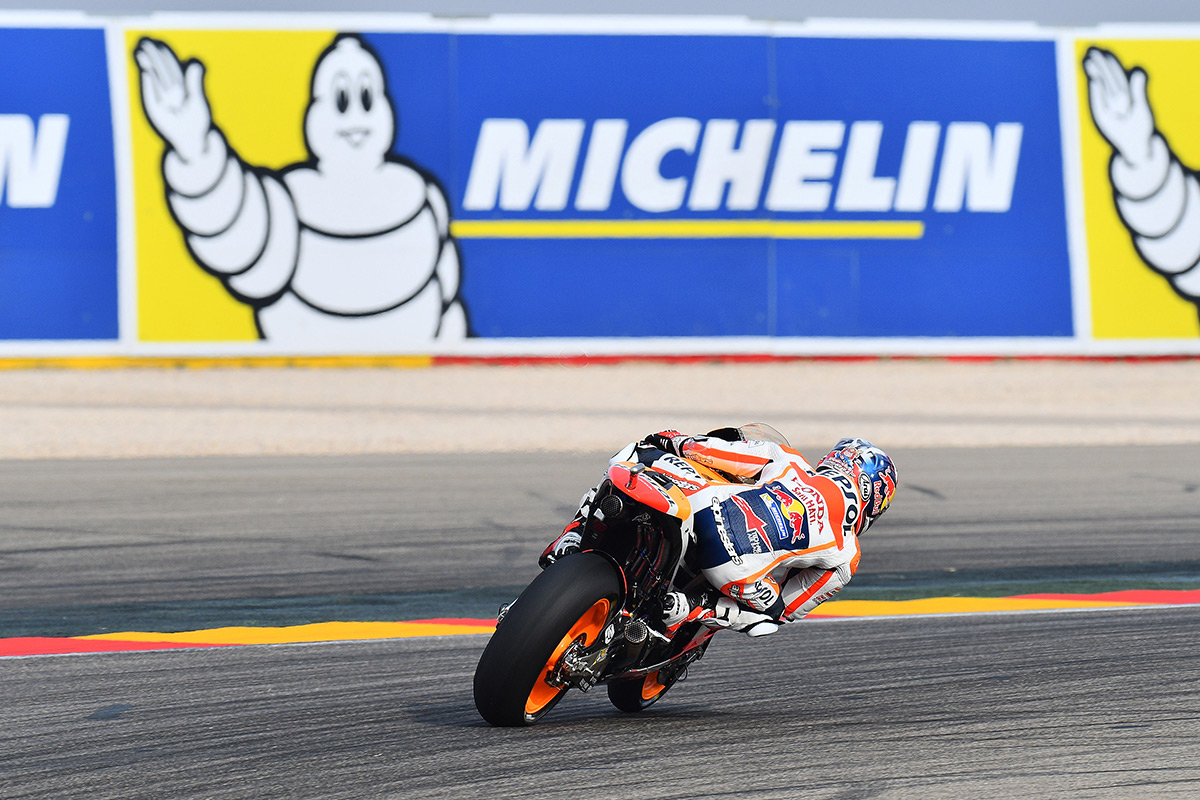 Consider a few of the recent dry races where one rider finds the front tyre’s sweet spot. At Silverstone Maverick Vinales and his Suzuki technicians got the suspension perfectly dialled in to get the best out of that weekend’s hard front tyre, so he cleared off and won at a canter. And then there was Misano, where Dani Pedrosa finally got a stiffer front casing that worked for him and he tore through from eighth to first.

There is one rider who has found a fairly clear direction with set-up and he just happens to be leading the championship. Marc Marquez and his Repsol Honda RC213V make up most of their time into corners – the kid is an animal on the brakes, so he nearly always needs the hardest front tyre available. And because he always chooses the hardest tyre, his crew isn’t flailing around trying this front tyre, that front tyre and then the other. So he can spend most of the weekend working to get the very best out of the hard front, as he did on Sunday, even though the tyre almost had him on the ground on lap three, when it wasn’t up to its optimum operating temperature.

The same factor may also explain Cal Crutchlow’s recent run of strong form, because he too is mega-late on the brakes and therefore needs a hard front slick.

But this doesn’t have to happen; there may be a way out. No one except Michelin knows how much it spends on MotoGP. Let’s take a wild guess and say £35 million. Like any company, it wants to reduce costs, as did Bridgestone, which is why the Japanese company reduced its allocation to two fronts and two rears. If Michelin goes the same way in 2017, more riders will choose the same tyres and the racing will become more predictable.

That’s not good for the fans or for Dorna, who makes its money from people turning on their televisions to watch entertaining racing. So here’s an idea: if Dorna wants to keep the racing thrillingly unpredictable it should make Michelin continue to offer three or four front-tyre options, and Dorna should pay for the extra tyres. If it makes the racing better, it will be a worthwhile investment. 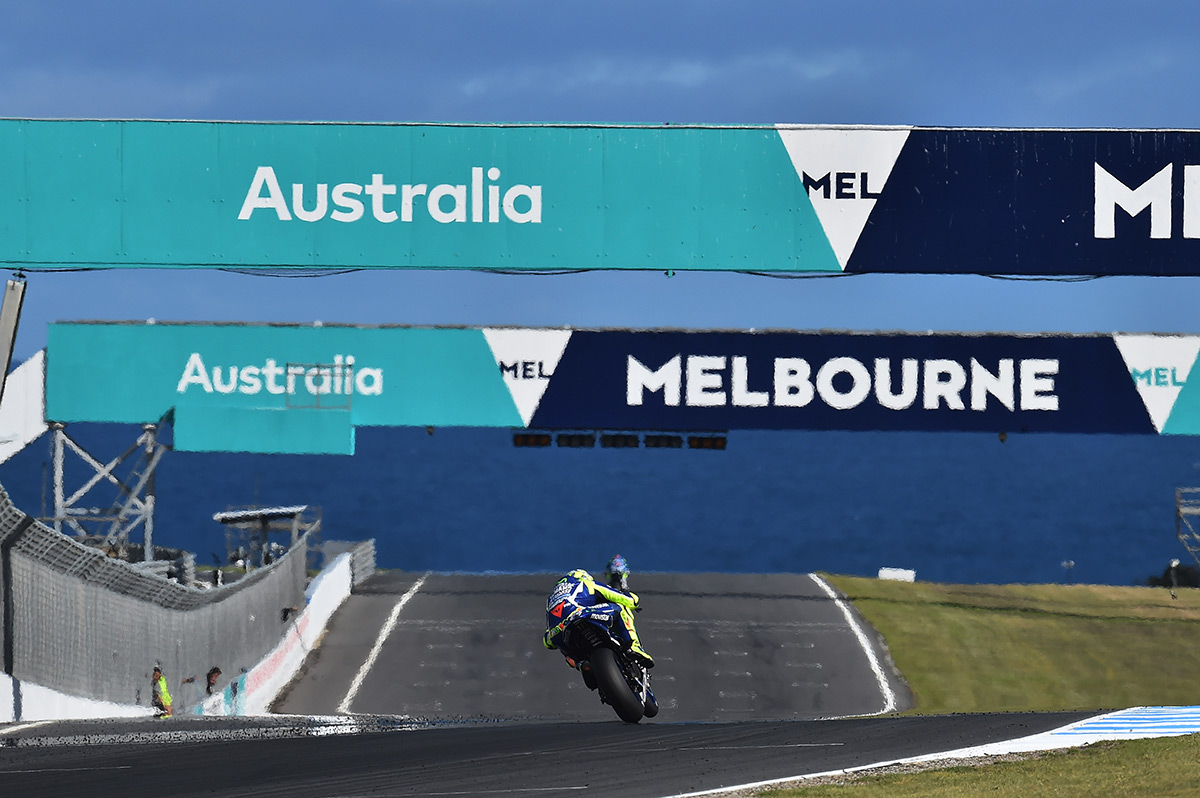 Meanwhile, Michelin has other problems to fix. There’s no doubt the racing department at Clermont-Ferrand is in a bit of a flap, trying to develop at a rapid rate after so spending so many years away from the cutting edge. Riders complain of inconsistency between tyres – they’ll do a run with tyre A on the front and tyre B on the rear. Then they’ll try another run with a new A and a new B, but the tyres behave differently.

Nowhere was this issue more pronounced that at Aragon, where Pedrosa raced the same spec medium front he had tried throughout practice. In the race the tyre chunked badly and he was lucky (and very brave) to limp home in sixth place. More than anything, Michelin needs to fix this inconsistency.

It’s not only their fault, it’s a consequence of the single tyre rule that can introduce companies with little or no recent experience of making MotoGP tyres. Although many of Michelin’s 2015 and winter 2015/2016 tests were affected by weather, Dorna should have split the bill with the company to ensure they’d had at least one good test at all 18 racetracks