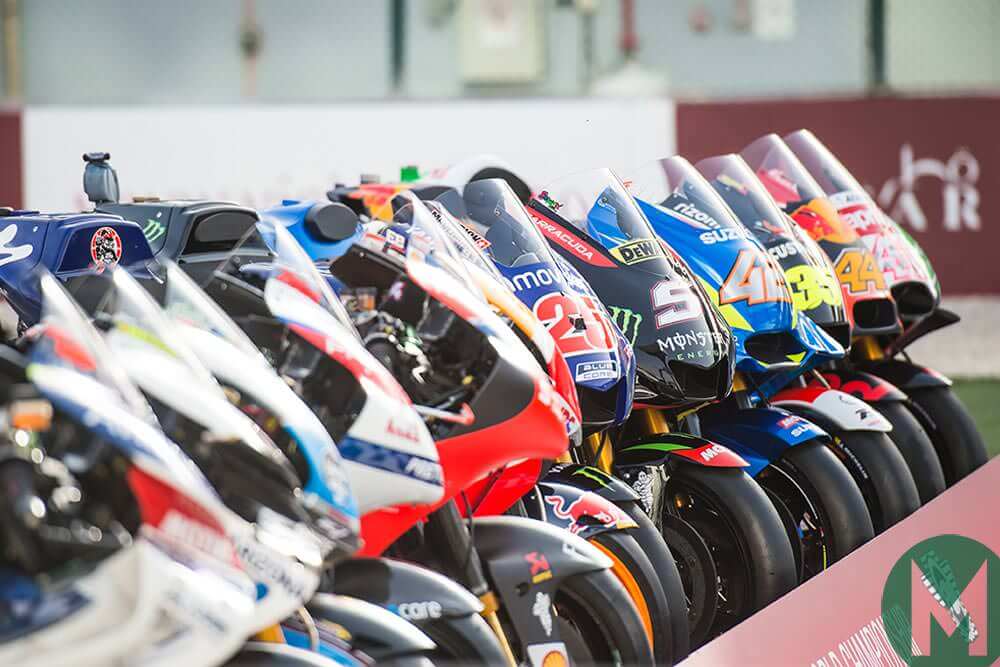 MotoGP is more unpredictable than it’s ever been, because the grid is more closely matched than ever and because each rider’s tyre choice can make or break his race. This is great for fans.

However, there is one cause of the unpredictability that isn’t so great. In recent months many riders have complained about getting dud tyres from Michelin. Quality control is vital in racing, because, if a rider tries out tyre B and finds it works better for him than tyre A or C, he will fit a B for the race and know exactly what lap times he will be able to run, to within a tenth or two.

But if there is a glitch with the tyre carcass or rubber, his whole race will be thrown out of kilter, like he’s gambled his result on a roulette wheel. This problem isn’t exclusive to MotoGP, it also happens with Dunlop in the lower Grand Prix categories and with Pirelli in World Superbike. And tyres have been failing for as long as people have been racing, all the way back to Brooklands and the Isle of Man TT in the early days of the 20th century.

It’s also been happening in Grand Prix racing since the beginning: Geoff Duke would’ve won the 1950 500cc world championship on his 40-horsepower Norton if his rear Dunlop hadn’t fallen apart at Assen and Spa-Francorchamps, the disintegrating tyre slapping him on his back. And in the early days of MotoGP, Shinya Nakano fell at 200mph when a Bridgestone rear slick failed at Mugello and Valentino Rossi withdrew from the Czech GP when a Michelin rear chunked.

Back to the present, various MotoGP riders including Rossi and Jorge Lorenzo have complained of getting tyres that offer mysteriously poor performance; usually less grip or more chatter than expected. “Some tyres make a lot of chatter – we hope Michelin can improve this aspect,” said Jorge Lorenzo after practice in Qatar.

After the Qatar race Johann Zarco complained that the front slick he used behaved differently from the same spec tyres he had tried in practice. “I had some limit feeling from the front that I didn’t experience during practice,” said the Frenchman.

Meanwhile, Dani Pedrosa was unhappy with the rear tyre he got for the race. “The tyre was spinning a lot, which caused me to lose ground,” said the Spaniard.

But no other rider has been as outspoken as LCR Honda’s Cal Crutchlow.

“I really believe that Michelin is a good tyre manufacturer, but its tyres can decide the championship,” said Crutchlow at Losail. “I went out here during the tests, used the same tyres for 26 laps, then came in, put on a brand-new set of tyres of the same spec and I couldn’t get within two seconds of the times I was doing with the used tyres. What would’ve happened if I’d selected those tyres for the race? What would’ve happened if I’d selected them for qualifying?

“Then I came back in, took another set of tyres, and no problem. The quality control is really, really, really a problem. We show our data to Michelin; we show them that with 20 per cent throttle at that point of the corner this tyre has got more spin than the other tyre with 50 per cent throttle. But apparently both tyres came from the same batch. Some will be good, some will be bad… you get what you get and you have to deal with it.”

Michelin was once famed for its quality control, so the company needs to get on top of this problem before a dud tyre does decide the championship.

Coincidentally, Sunday’s Argentine Grand Prix is the second anniversary of Michelin’s only real disaster since the company returned to MotoGP at the end of 2015. Scott Redding had a rear slick come apart during practice at Termas in April 2016, forcing Michelin into crisis mode. In fact, the company almost certainly overreacted to the failure, but it had no other option. Redding was the biggest rider in MotoGP, riding the most aggressive bike in MotoGP and, most importantly, was enjoying himself too much – messing around and spinning the rear tyre just for the fun of it.

No surprise that some riders, including Crutchlow, haven’t forgiven Redding for what happened at Termas, because that failure forced Michelin to immediately introduce stiffer tyres with less grip.

“We always knew the Michelin rear was good – but Michelin had to go away from that tyre because some idiots can’t ride,” Crutchlow told me at the end of 2016. “There are these guys who smoke the tyre, so it chunks, then we all get hindered because Michelin had to give us harder tyres. The guys that chunk the tyres either need to learn to ride or they should have the hard tyres and we should have the normal tyres.”

Michelin has had other moments when its tyres have been criticised by the riders, but mostly the racing is better, which is what the people who ultimately pay for the sport (that’s you) mostly care about.

What about outright tyre performance, as in lap times and race times? Last season MotoGP race times at the nine races run in comparable conditions to the previous season were pretty much identical. In other words, no great improvement.

“Mugello is close to being lost,” says Race Director Mike Webb. Other old-school tracks like Phillip Island, Brno and Sachsenring are also in danger. Why? Because corner speeds have reached such a level that the runoff areas at these older tracks are barely enough to contain a fallen, cartwheeling motorcycle.

Therefore if the tyres get better and corner speeds increase further, MotoGP will have to axe Mugello and these other wonderful venues in favour of the many identikit go-kart-type racetracks under construction around the world.

I don’t know about you, but I know what I’d prefer: keep corner speeds static, or slightly decrease them (which was Dorna’s long-term plan) and keep racing at Mugello and MotoGP’s other greatest tracks.