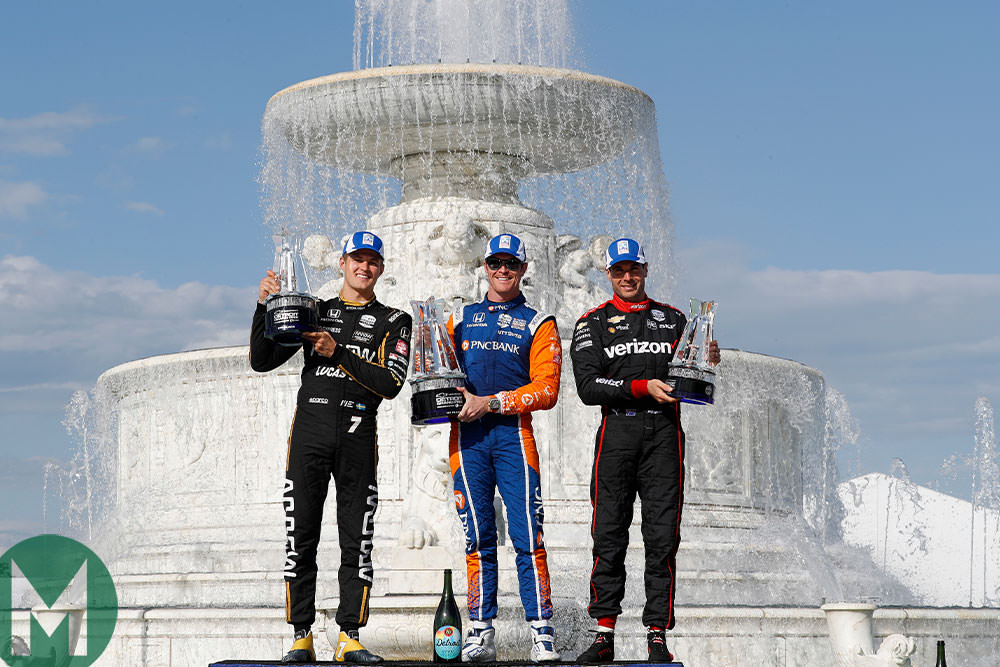 Scott Dixon wins the second race of the IndyCar double-header on the same day that he’s bestowed a New Zealand Order of Merit in the Queen’s Birthday Honours. The Chip Ganassi Kiwi crashed and finished last in the first race then recovered to finish ahead of former Sauber Formula 1 driver Marcus Ericsson in race two. Dixon is now seven wins away from tying Mario Andretti for second in the all-time IndyCar wins list.

Kyle Busch ties Rusty Wallace in the all-time NASCAR Cup Series wins list by taking victory at Pocono. He led 79 of 160 laps for his fourth win of the season and 55th ever. Dale Earnhardt Sr is next with 79 wins to his name.

Ott Tänak wins the Portugal WRC round, 15.9sec ahead of Thierry Neuville. Kris Meeke crashed out in the final stage to give Sébastien Ogier third place. Friday and Saturday highlights below.

Juan Pablo Montoya and Dane Cameron deliver Acura’s first win at Detroit’s Belle Isle Park for the first time since 2003. Montoya took pole and handed over to Cameron, who kept former Sauber F1 driver Felipe Nasr at bay by 0.820sec at the flag.