It had to happen: VR is building his own museum in Italy 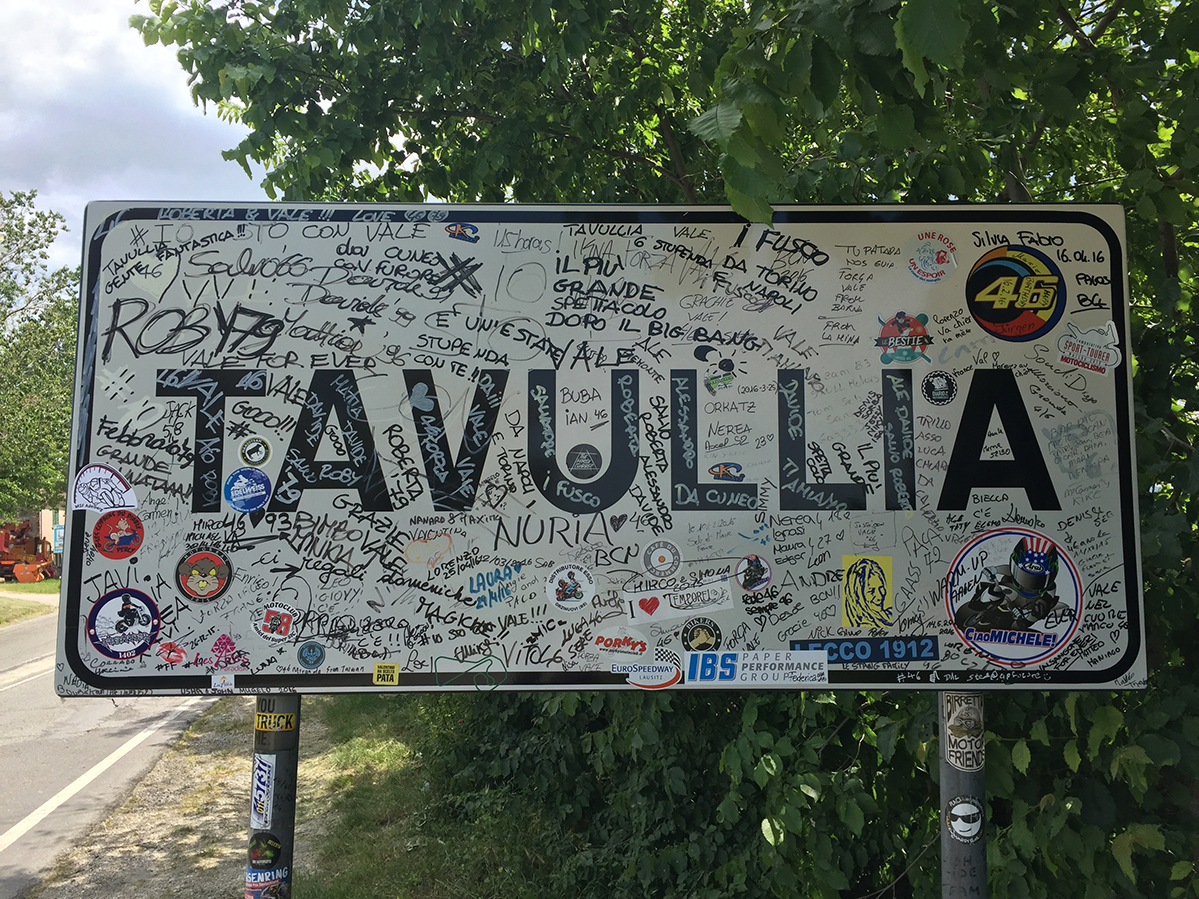 Knock down the Leaning Tower of Pisa and turn the Grand Canal into a car park, because Italy will soon have a tourist attraction to eclipse them all: Il Museo Rossi.

Work is already well advanced outside Tavullia (where else?) to create a museum that will house all manner of artefacts to trace Rossi’s career all the way from minimoto to MotoGP.

There’s no doubt that the museum will be to bike racing what Elvis Presley’s Graceland is to rock and roll: a place where devotees can gaze in wonder and pay their respects to (arguably) the greatest bike racer of all time.

“I’m organising a museum with all my stuff,” he told us recently. “We have worked on this for four or five years and now we’ve arrived very close to the end – we are 90 per cent there. The trophy part is very big and beautiful with a lot of important prizes and everything, so I’m very happy. I hope in the next few years we can open a good museum for the fans.”

The trophy room alone will surely be about as big as Heathrow airport; then there’s everything else. No other racer in history has worn as many different leathers and helmets as Rossi, so that’s probably another airport full. Although he gives away some of his kit for charity, it’s well known that he has carefully horded his riding gear and other memorabilia over the years. 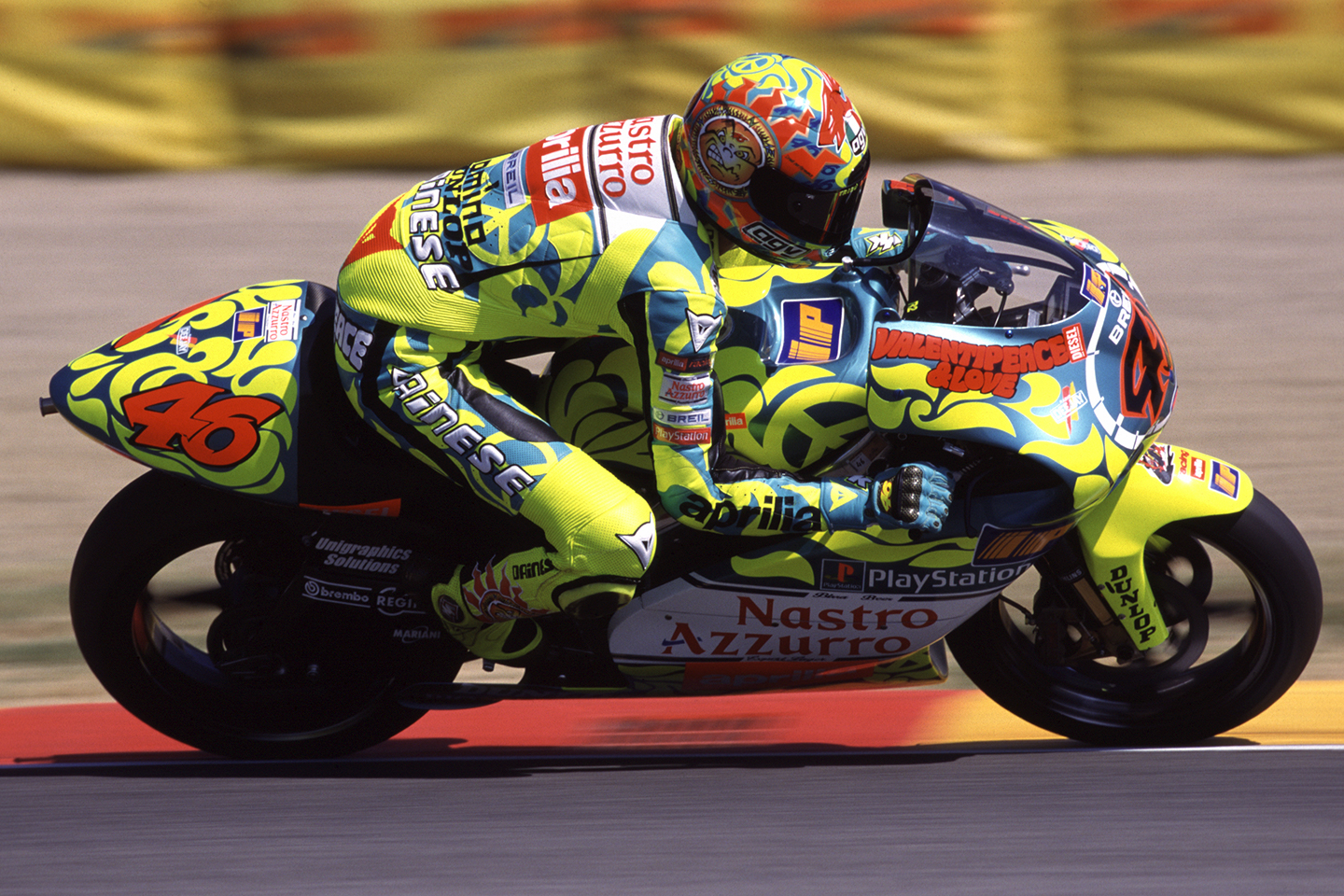 And then there are the bikes. No one outside Rossi’s inner circle knows exactly which of his race bikes he’s got and which he hasn’t. But one thing’s for sure: he’s got enough cash in the bank to buy whichever bikes aren’t already in his possession. So expect to see pretty much everything in there: plenty of Yamaha M1s and all kinds of bikes all the way back to minimotos, the Cagiva 125 streetbike on which he started his full-size racing career, his Aprilia 125s and 250s and perhaps a Honda NSR500 and RC211V. Most riders have it written into their contracts that part of their champion-winning bonus is the bike they used to win the title, which is why Mick Doohan has five NSRs in his trophy room. Rossi surely had a similar clause written into his HRC contracts, but maybe not.

The Ducati section will most likely be very small or non-existent; as in, erased from history.

Finally, of course, exit through the gift shop, which will probably be the size of another airport.

Although the museum plans have yet to be made public there’s one other thing we can be sure of: the whole thing will be very nicely done. Rossi never does things by halves and he’s an aesthete, so he knows what looks right and what doesn’t. And he doesn’t mind spending money either.

The next thing, no doubt, will be an extension to the nearby A14 autostrada, to ease the passage for the millions of fans making their pilgrimage.

When the museum does open and you make your visit, be sure to take in another important part of Tavullia’s history. Incredibly, Rossi isn’t the most important thing to have happened to this modest hill-town in Italy’s Marche region. 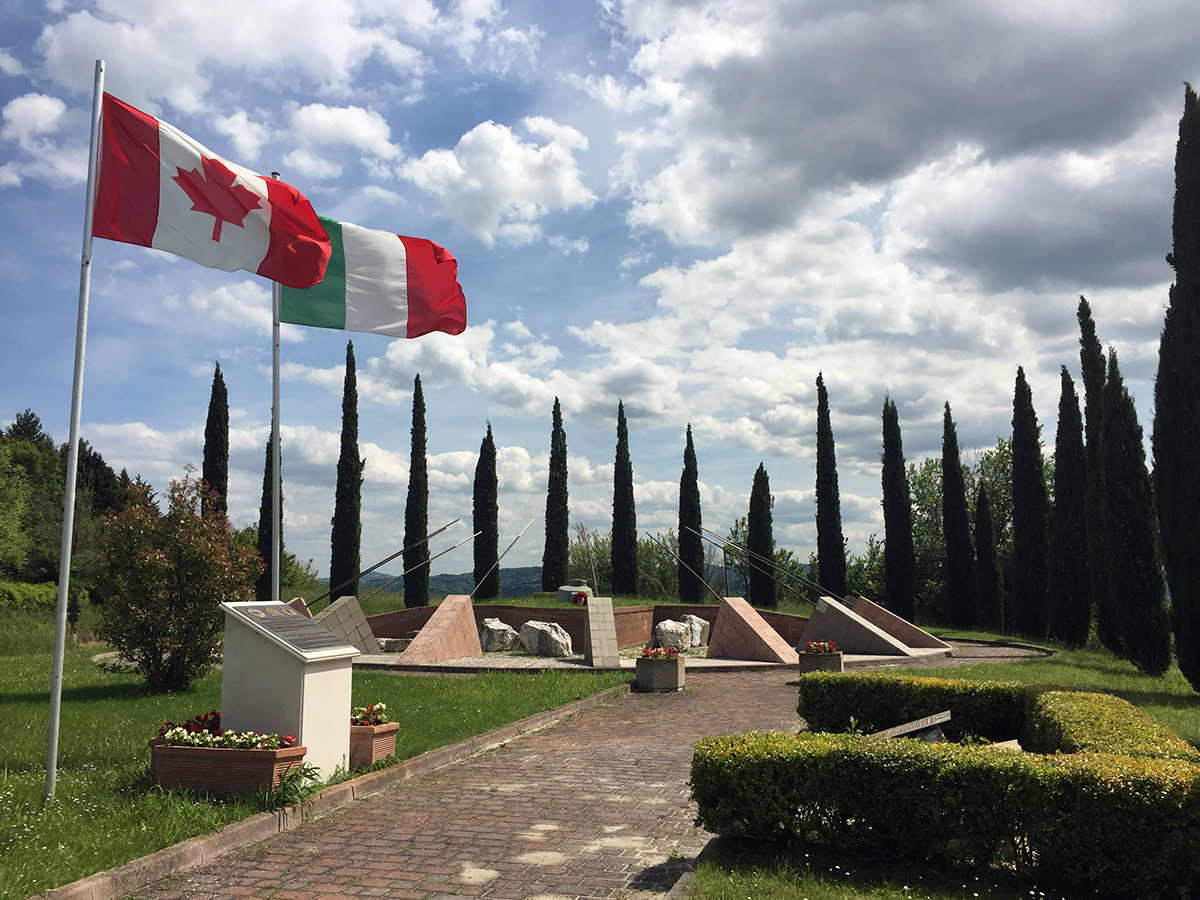 During the Second World War Tavullia’s outskirts were part of the Gothic Line, a vast, fortified Nazi front that ran all the way from Pisa on the west coast to Rimini on the east. The line, reinforced with thousands of artillery positions, machine-gun nests and bunkers, constructed by 15,000 slave labourers – was Hitler’s last-ditch attempt to stem the Allied advance from southern Italy, which is why Tavullia was bombed and shelled in the latter stages of the war.

The first troops to pierce the line was a regiment of Canadian infantry, who fought their way through near Tavullia, on August 31, 1944. They completed their mission with an uphill bayonet charge through the Nazi lines. The Canadians lost more than a thousand men in the action.

The breakthrough is commemorated with a memorial at Point 204, half a mile outside Tavullia on the road to Borgo Santa Maria. The memorial was partly financed by local townspeople who raised tens of thousands of Euros to remember the soldiers who liberated their town and their country. It is well kept and the national flags of Italy and Canada fly at all times.

An inscription reads: “Here the heroic deeds of the 1st Canadian Corps breached the imposing German defences with the loss of over 1000 lives for the freedom of Italy and peace in Europe. In witness to and as a warning for future generations.”

The memorial was dedicated on 7th September 1997, the week after Rossi secured his first world title at Brno.

Tavullia piazza, September 1944 (by George Cambell Tinnings) and May 2016

During the fighting, the Canadian army had their official war artist George Campbell Tinning paint whatever he saw, including Tavullia’s bombed-out central piazza (pictured today and as Tinning painted it in 1944). The town centre was badly damaged, with the bell tower (centre rear) flattened and the very buildings that now house Rossi’s bar, pizzeria and merchandise shop (on the left) hit by artillery fire.

Tinning’s wartime work was exhibited in Tavullia two years ago to mark 70 years since the town’s involvement in history’s bloodiest conflict. The exhibition reception was hosted by Rossi’s pizzeria.