The race to arm MotoGP’s private teams with higher-performance CRT bikes is gathering pace. Last summer Honda announced that they will sell a lower-cost version of their RC213V and then two months ago Yamaha confirmed that they will lease YZR-M1 engines from 2014. At Le Mans the whisper going round the paddock was that Aprilia are working on a pneumatic-valve spring cylinder head for their RSV4 CRT engine, which could be ready by September. 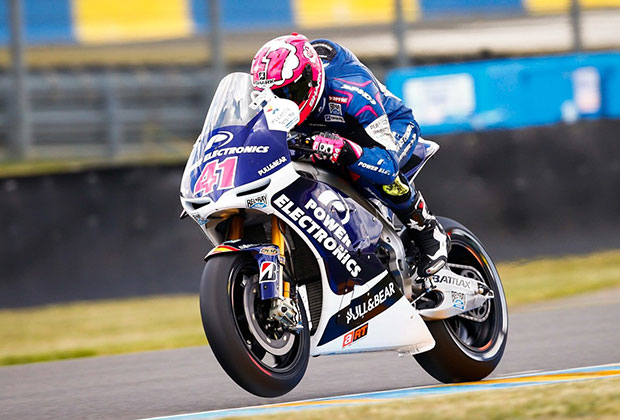 If the rumours are true, Aprilia’s latest move should come as no great surprise. After all, the Italians were the first to use pneumatic-valve springs in MotoGP, with their RS Cube in 2002, the first year of the 990cc four-strokes. The Cube engine was developed by Cosworth, so it featured more Formula 1 tech than any other MotoGP bike: pneumatic valves, traction control, ride-by-wire and a mini carbon clutch. The Cube was crazy fast – it became the first MotoGP machine to top 200mph, at the 2002 Mugello GP – but the bike was a little too wild for race-winning lap times. Aprilia quit MotoGP at the end of 2004, returning last year with its superbike-powered CRT machine.

Pneumatic-valve springs have been used by Honda and Yamaha since the start of MotoGP’s 800cc era in 2007. The technology controls the valves more effectively than steel springs, allowing a higher rev ceiling. Pneumatic-valve springs should give the RSV4 CRT engine at least another thousand rpm, for a significant performance boost.

The new Aprilia engine, the production RCV and the M1 lease engines – which will all run under CRT rules (more fuel, more engines and Dorna ECU/software) – are designed to get private teams closer to the factory teams and create better racing. But which technical package would you choose if you were a private team struggling to find sponsorship in these difficult times?

You will obviously want the highest-performing machine, but can you afford it? 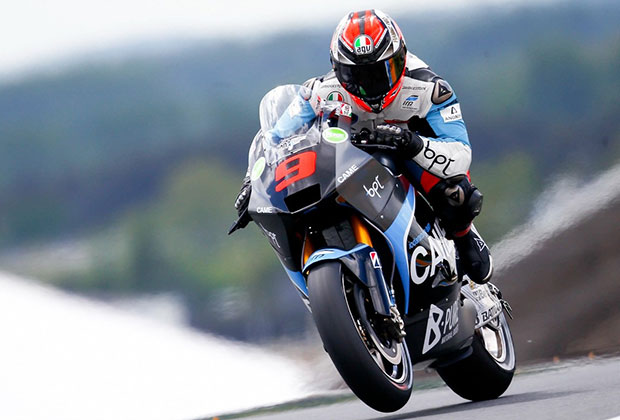 Yamaha say that the lease M1 engines will be “similar to Tech 3 spec”, which means they should be capable of running very close to the front, so long as your chassis builder is up to speed. Yamaha will charge £675,000 (“we are doing this on cost price, just to improve the sport”) to lease engines for one season, to which you’ll need to add at least £300,000 for two rolling chassis. That makes a total of £975,000, quite a bit higher than the target price of a million euros (£850,000) demanded by Dorna. And you have to give the engines back at the end of the year.

Aprilia sell their two-bike package including engine rebuilds for about £1 million. Honda’s production RCV – with steel valve springs – will cost £850,000, including engine rebuilds by HRC. Both will offer less horsepower than the M1 engines, but they are complete packages, developed by factory racing departments. In theory, they should be fast out of the box. And you don’t have to give anything back at the end of the year.

Of course, you have another option if you don’t have enough budget to afford any of these three packages. You can stick with cheaper Honda Fireblade/Kawasaki ZX-10/BMW S1000RR street engines in FTR/Kalex/Suter frames and face the fact that you’ll struggle just to get points. Ricard Jove, boss of the Avintia Blusens team, reckons his FTR-framed ZX-10 MotoGP bikes cost £600,000 a pair (including a season’s supply of engines) and he says it’s unlikely he can afford anything better. 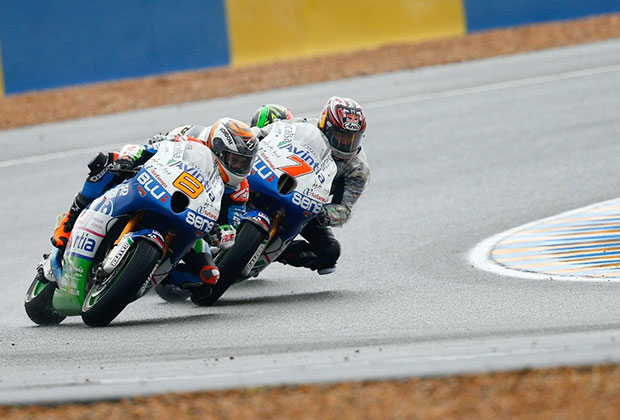 “Our business in MotoGP isn’t to win right now,” he says. “Our business is to be here and to improve day by day. You can dream: if we could get that bike and that rider… but at the moment we prefer to try and survive and see what happens in the future.”

Jove and other CRT teams are still waiting for the final spec of Honda’s RCV which is undergoing tests in Japan.

“The bike is already running in Japan, around the test track,” says HRC executive vice-president Shuhei Nakamoto. “Before performance checks we have to make reliability tests and these have already started.”

At Le Mans Nakamoto revealed that the production RCV probably won’t carry the full CRT fuel allocation of 24 litres (four litres more than the prototypes), because “a 24 litre tank is too big” for a MotoGP bike. He also revealed that the production RCVs will be ready for the first tests of 2014, but he refused to confirm or deny speculation that the bike will share parts – crankcases, say – with Honda’s RCV replica streetbike due out in 2014. 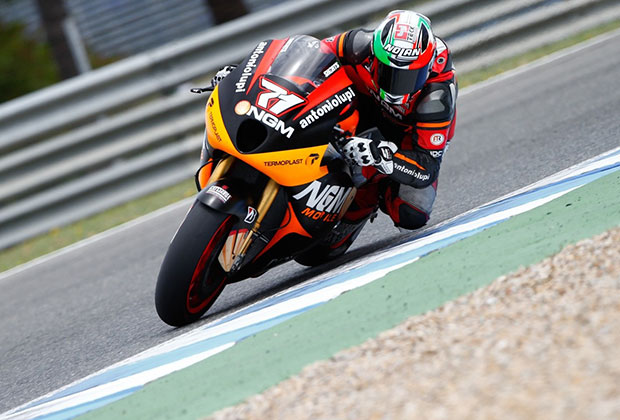 Only one team is already pushing towards leasing M1 engines for 2014 – Colin Edwards’s NGM Mobile Forward outfit, though Sito Pons’ squad has also shown some interest.

“We are checking our financial situation to see if we can realise our dream,” says Forward team owner Giovanni Cuzari, who plans to use FTR chassis. “If the Yamaha engine is more or less the same as the factory engine and we can run 24 litres of fuel, then I think this project could be very interesting!”

He could be right…