Freddie Spencer looks back at the Catalunya Grand Prix at Circuit de Barcelona-Catalunya​. Dovizioso made it back-to-back wins as Honda chased hard and Yamaha struggled. 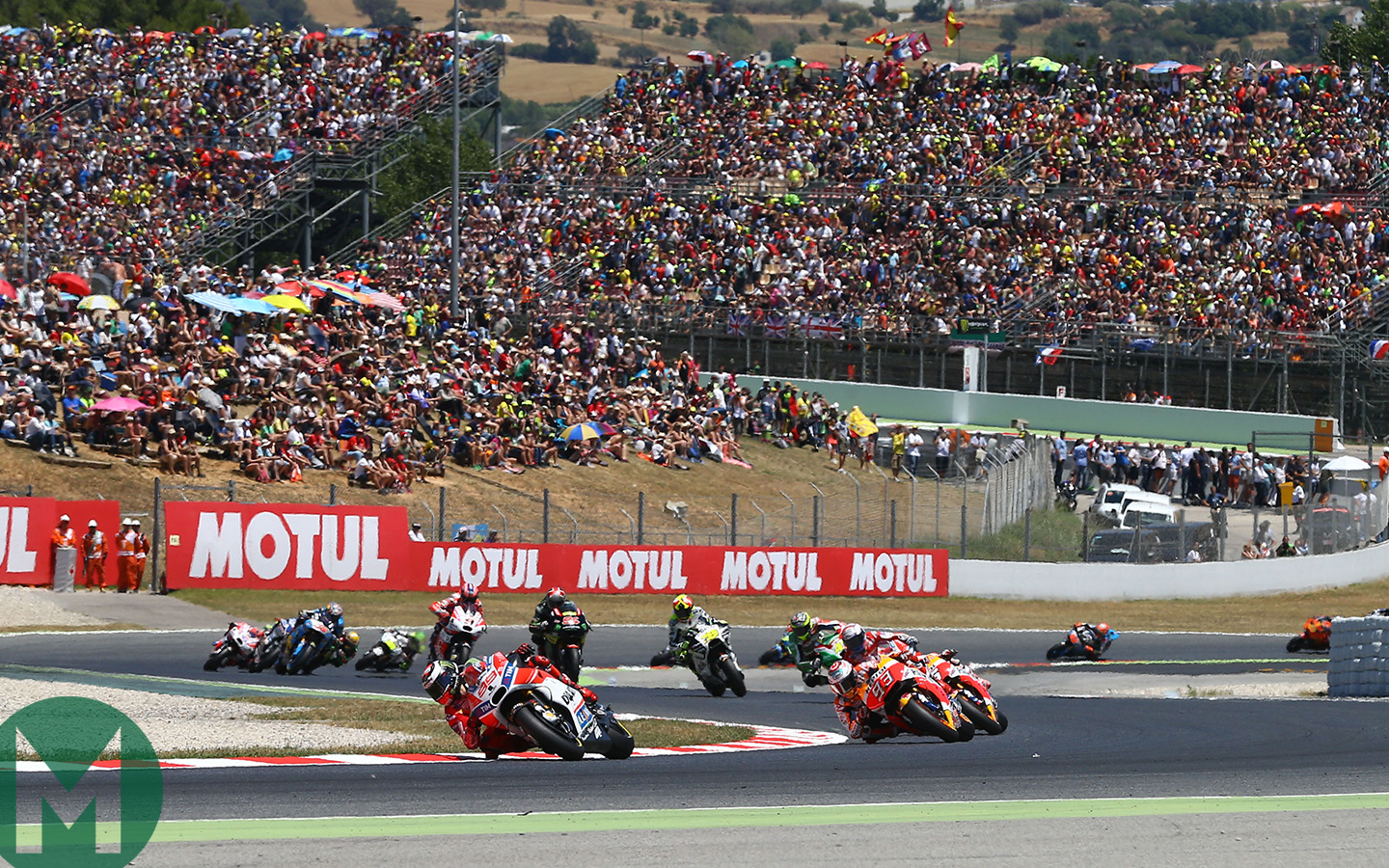 Today I’m not in my usual spot where I do the recordings. I’m actually in Speyer Germany, on my way to do a classic event at the Sachsenring this weekend. Today I’m in the square of this beautiful town in Germany, in front of its cathedral. To me it’s amazing, when I look back and see something that was built 1100 years ago and took 30 years to build by hand using only labour and human ingenuity. The mind can imagine, believe and create something this beautiful that can stand the test of time. It certainly is as beautiful today as it was the day they built it, which says a lot about our ability to create.

Talking about being creative, this weekend in Barcelona was always going to be a test for the riders and for many reasons. For one, the challenge this year is that as we go from track to track it seems that one bike has an advantage over the others. If we look at the first few races it was the Yamaha, last weekend it was the Honda, then this weekend it was the Ducati and Dovi in those conditions at Mugello. That for one was going to make it exciting. The other is the tyre choices, the heat and the track at Barcelona, and the grip problems that they were going to have.

The first time I went there was for testing at the end of 1992 and then we had the race there in ’93. It was a track that I immediately liked, but that was very difficult with the different corner configurations, the high-speed and the challenge at the time of not having the tyre choices that they have today. It was somewhat similar; they were hand built and pretty good, but the issue was the right-hand side of the tyre and being able to maintain the grip, not using too much of the tyre too early in the race so that you had some left to the end. It was the exact same thing that was going to be a challenge for the races this weekend.

Pedrosa sets the pace on Saturday

It was certainly an exciting qualifying session with so many of the top riders in qualifying one, having to get through to qualifying two. The Yamahas struggled and you could see that Valentino Rossi and Maverick Viñales were struggling to get the grip and to not use up the tyre. We weren’t sure of Valentino Rossi’s fitness level going into the weekend. He said he felt okay, but we were going to have to wait and see. It just didn’t feel like he was comfortable on the ‘bike and that showed in his poor qualifying performance. He was never really a factor and he even said leading into the race that he wasn’t sure he would be able to pull that out.

Looking at the crashes of Marc Márquez – what an amazing thing. He crashed four times on Saturday alone and had many crashes on the left side with that asymmetric tyre. He said he didn’t know where the front feel was, which is a problem that a lot of riders complained about. Zarco came through like he did in France and last week to get up into qualifying two.

One of the other riders that was up there was Petrucci. You could see that his performance was improved from that podium finish last week; he qualified on the front row on the Ducati. His performance should have been a bit of a window into what possibly could have happened with the Ducati in the race.

It looked like the Hondas were going to have an advantage. If you look in the past at the history of Dani Pedrosa, when he puts in a great qualifying performance in tough conditions on a low-grip racetrack, he usually is an example of what’s going to happen in the race. We expected him to be there, and he was.

But the great performance you have to say was Dovi. Not only the fact he was coming off that win from last week, but also what he was expected to do coming into this weekend. It was a track that when they tested he didn’t qualify or run very well and so he didn’t have any high expectations. But after the race, he talked about his big improvement this year. If you look at what he has done in the past, after his first win it took him seven years to get the second, then seven months between the second and third and then leading into this week it would’ve been seven days. 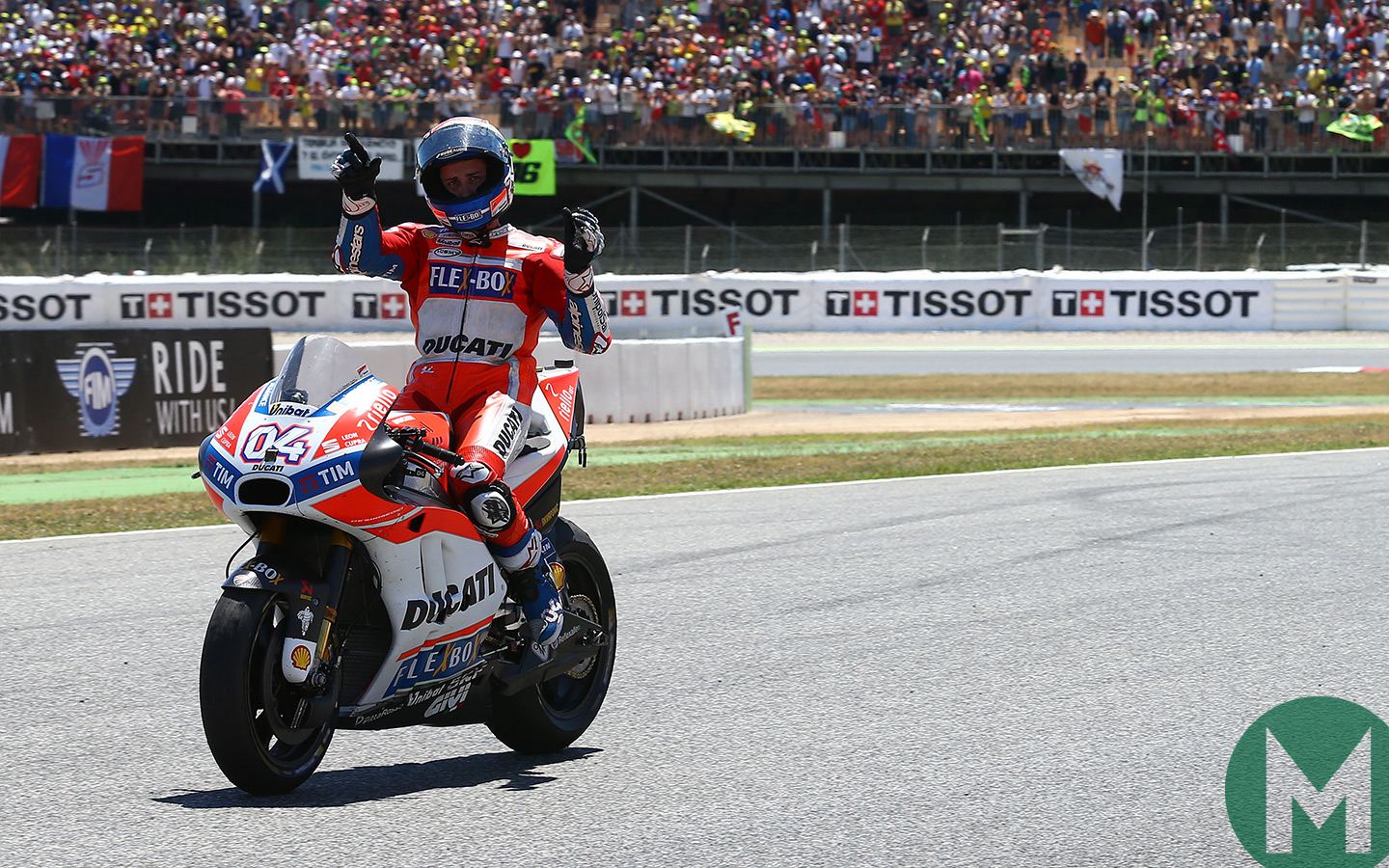 That’s kind of interesting with the numbers, but more importantly it’s his mindset. He talked about how one of his improvements over this last year is the way that he’s approached his racing, which he has worked on away from the racetrack. It’s in his personal life too, in the way he thinks about his riding and his ability to improve his concentration. It’s one of the things that I really enjoy about riding a motorcycle and worked on as a kid, riding my yard, being able to completely focus on what I’m doing and being able to anticipate what is going to happen without having any distractions or any thought process.

Michael Phelps, the great swimmer, was asked a simple question after his 18 gold medals that he won at the Olympics: what do you think about when you’re getting on the stand getting ready to go? He said ‘absolutely nothing’. A lot of people might find that odd, but it’s not. It shows he’s totally prepared for what’s going to happen, but to utilise, understand and work out what is going to happen, he’s got to have a completely clear mind with no distractions. Dovi seems to be a walking example of that and it’s certainly an example in life.

As we got to the race, Dovi worked his way through the field and got to the position where he could see that the Hondas were struggling. He talked about afterwards how he felt the pace was very slow, which is another thing that happens when you’re completely focused and prepared – in that moment, everything seems to happen kind of slowly. Dovi was certainly prepared for what was going to happen next. He saw that he could get by Dani Pedrosa, then he got that lead and Marc saw what was happening and got by Dani, but he just couldn’t close the gap down. The race was pretty much set from there.

As we go further back down the field, you have to say for Jorge Lorenzo, it looked like the same thing that happened in Mugello was going to happen at Barcelona. Once he got passed in front, it looked like he was going to continue to fade to the back, but he didn’t. He got a second wind with about three quarters of the race to go and worked back up to finish in a very good fourth place. We’ll see if that’s going to carry on for him in the next races.

As I said, the Yamahas struggled, with Valentino in eighth and Maverick Viñales in tenth. We’ll have to see if the 22 year-old can come back from that. It’s a little bit different from Dovi. He talks about when he struggles, that his mind kind of creates drama. It will be interesting to see if he can keep control of that and move forward. It should be interesting as we get to Assen to see if the Yamahas can come back. It’s a good track for them and will the Hondas have anything to answer for the Ducatis? A great win for Dovi, two wins, two weeks in a row. It should be exciting. I’m looking forward to it and I hope you are too.