Freddie Spencer discusses the big talking points from Qatar and the opening round of MotoGP.

First off, I would like to give a shout-out to the British Talent Team and their Scotsman rider John McPhee. This is a perfect example of how it can all come together when given the support, the opportunity and the knowing, and what a great ride he had. It’s a great morale boost for him, the team and everyone. I hope they continue that, because they’d be a great story as the year goes on.

Now to MotoGP. Practice went as we expected. Maverick Viñales took pole position, even though qualifying was rained out, but I still feel he would probably have been right there and battling for pole. The track conditions were inconsistent, particularly as the night went on.

In fact, Lorenzo bought up the idea that the race should’ve been moved to earlier in the evening, right around dusk when the temperature would have been up a bit. That would have been a little more consistent, with less chance of the dramatic temperature changes that you get around 9:30pm, 10:00pm. But, as my Dad used to say, it’s the same conditions for everyone so you’ve just got to do your job and do the best you can do.

Now, the British riders. Scott Redding is continuing that great form that he started in winter testing and he’s another good example of taking advantage of the opportunity. In fact, compared to his team-mate Petrucci on the 2017 bike, Scott is doing a great job. But it’s also an example of how the 2015, 2016 and even 2017 Ducatis are very similar. One of the things that you like to see when bikes are being provided to satellite teams is that they seem to be bikes that you can adapt to many different riders and their riding styles. That’s a good indication that Ducati is providing bikes of a high level, which you can see from the performance of the non-factory riders.

Scott Redding got seventh place in the race. He said afterwards that he is so appreciative for this opportunity and for the team believing in him, and he’s a rider that needs that. I hope that continues on, because he’s obviously shown that he has the ability.

Cal Crutchlow is another rider that really struggled over this weekend. He started out with an oil leak in the first practice and he had to get on another bike. Sometimes if a weekend starts off badly it can end up positive, but sometimes it carries on. In this case when Cal got to the starting line of the race with the delay and as one of two Honda riders running the hard front tyre, the recommendation was given to both him and Márquez to make the change.

I’ve been in that situation before, where you can this input but inside you believe you want to stick to your guns. It is ultimately you, the motorcycle and the conditions. You are the one that knows when you’re on the edge, pushing at that limit, sensing and feeling everything, what you need to be able to have that confidence to maintain that performance.

Cal talked about it afterwards, he should have stuck to his guns and kept that hard front tyre, but he made that change and paid the price with that crash unfortunately. Then he picked the bike back up to continue up, but the throttle stuck because there was mud on the handlebar and so he had a second crash. Unfortunately that bad luck that started for him with the oil leak continued throughout the weekend. I believe, as he said, he probably could have finished in the top five. Hopefully he can turn it around by the time we get to Argentina. 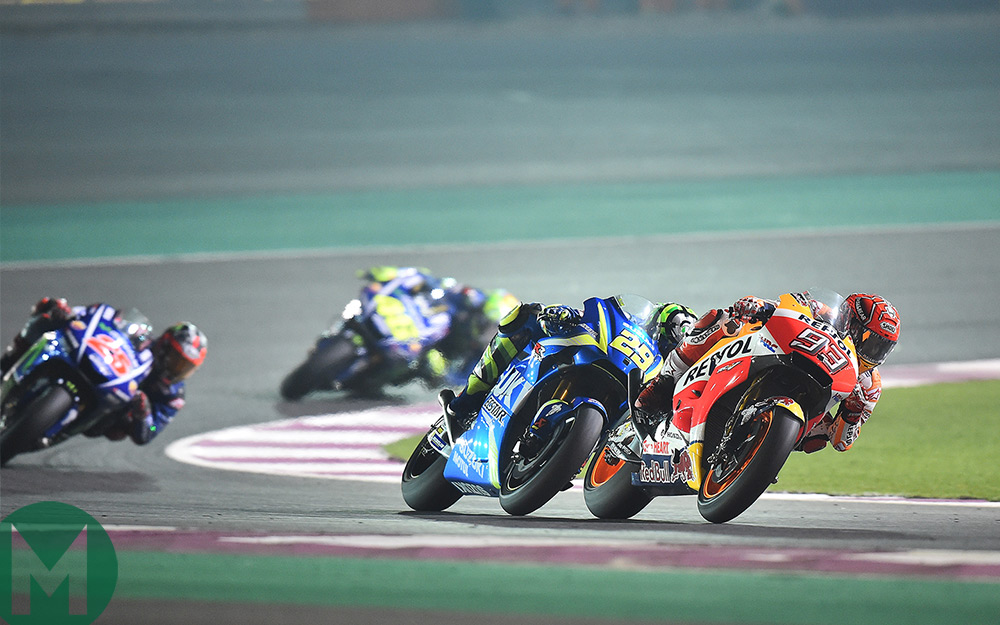 The next rider is Marc Márquez on the factory Honda. Marc has talked about his struggle with acceleration, which is one of the reasons why him and Cal have run the hard front, to compensate for the lack of exit speed by increasing their entry speed. They need that extra stability, but Marc got the same recommendation and went to the medium front. Marc got a great start. He’s an incredibly talented racer, three-times MotoGP champion, so he was working around the problems at the start of the race, but he must have felt that it was going to be difficult.

He made the smart choice, which was to not push and take a chance of crashing and instead to take the fourth place points. He knows the championship is long and he learnt that lesson last year, by making the decision whether to keep pushing or to back off a little bit and be there to fight another day to get the best points out of the race. He did that, which was a smart choice.

If we look at the factory Ducatis, Dovizioso – what a great ride. If you look at the performance of him and his team-mate Jorge Lorenzo and the difference of how they utilised and took advantage of the opportunity and the unsure conditions, Dovizioso, who was second these last years, was second again and he had a great race.

It was probably surprising to a lot of people and a little bit to me that when Viñales and Marc got up there, he fought back each time and it looked like he may have had a chance of winning the race. He took advantage of every opportunity he had and that was smart. That’s what I would have done too. It was a good example of trusting your instinct when he went to the soft rear tyre when he saw the race was delayed by 30 minutes. I probably would have done the same thing, trusting by ability to be able to pace myself, get a good start and see how those first five laps or so go. That’s what he did, and he was right there at the end.

What a disappointment for his team-mate Jorge Lorenzo. We talked about his struggles after the testing broadcast, where he tried to adjust to the conditions of the Ducati – using more brake pressure on corner entry, not carrying quite so much rolling speed to be able to change the direction mid-corner and then utilize the Ducati’s strongest point which is acceleration and top-speed, but he’s still struggling with that. It was really interesting in the race when he ran wide and got back in their in 17th, he worked up and was just never a factor. That’s the way it is for Jorge sometimes. You can see his lack of confidence in the way he went about the race and his struggles. If that’s going to be an indicator of how it’s going to go, it’s going to be a long season for him and the Ducati team. They’ve already temped down some of the expectations, so we’ll see where it goes from there. For Dovizioso, there was not so much pressure on him so he went out there, had a great ride and did a great job.

Valentino Rossi. Practice is not an indicator, as we’ve seen, of how the race is going to go for him. He methodically goes about getting the bike working for him, working probably 80-90 per cent of what he can do. He’s able then in the race to step it up, getting the bike working as best as it possibly could and he knows how to manage the race. What a great performance for him. It’s great for MotoGP and its an indication of not only what he’s able to do on Sunday evening, but also how good that M1 is and how it can adapt to the conditions. 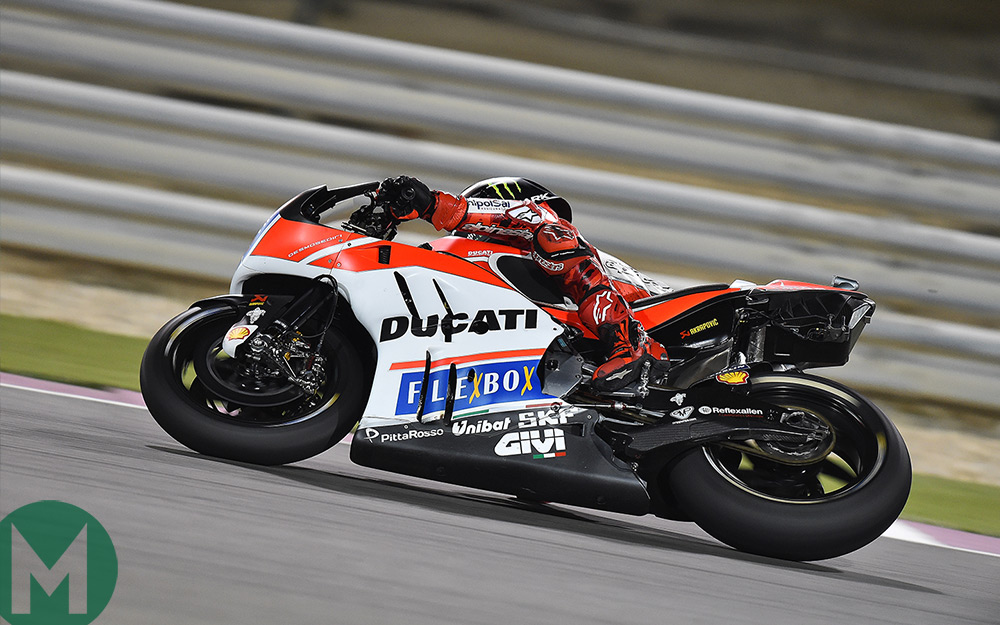 His team-mate Maverick Viñales, what a great ride for him. In the beginning when he was dropping back it looked like he might not have been able to run the pace of the top three, but he was just managing the race because he knew exactly what he could do.

If we go back and talk about him and Marc as kids and the different paths they took, Marc had kind of everything with Emelio his manager who helped him for years and bought him along to the opportunity of Repsol Honda at a very early age. He was the young golden boy, but Maverick Viñales took a different route. He stayed in Moto2, of course won the Moto3 championship, but he had different teams and different opportunities and now is his time. In the race he really showed his maturity and his belief in his abilities, and it was a great race for him. I can’t wait to see now how Marc comes back, with Valentino there and of course Viñales if he can continue on.