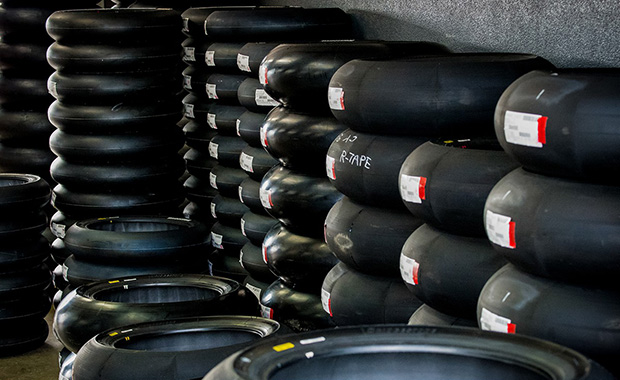 Of course it’s not a big deal, it’s a huge deal. Swapping tyre brands can make or break a rider’s career. Likewise it can transform a winning motorcycle into an unrideable and vice-versa. In other words, saying goodbye to Bridgestone and hello to a different tyre manufacturer could upset the MotoGP status quo, which, depending on who you are will either be a good thing or a bad thing. A change of tyres could also have a major effect on the quality of the racing.

Back in the 1980s, ‘90s and early 2000s, Michelin were the dominant tyre manufacturer in the premier class. Most riders would’ve considered selling their grandparents to get a contract with the French company, because Michelins were the tyres you needed to win. 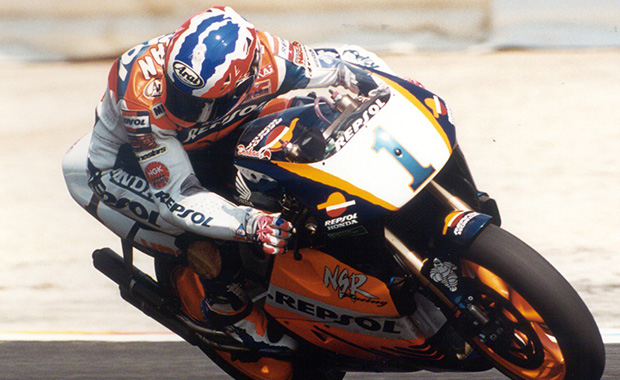 New Zealander Simon Crafar was one of those men. In 1998, riding his Dunlop-equipped Red Bull Yamaha YZR500, he inflicted a rare defeat on Mick Doohan’s Michelin-equipped Repsol Honda NSR500 at Donington Park and very nearly beat him again at Phillip Island.

Since Michelin were the faster tyre, Crafar’s team assumed he would go faster with them, so they procured the French rubber for 1999, confident that Crafar would challenge for the 500 world title. They couldn’t have been more wrong. Crafar went from GP winner and lap-record breaker to also-ran, because he couldn’t make the Michelins work for him.

It was nothing more than the change of front tyre that undid the Kiwi, in particular the way the front-tyre carcass deflected as he got off the brakes and started turning into the corner. The Dunlop front had quite a bit of spring in the carcass, so as he braked into the corner the tyre was squashed into the road, and then when he got off the brakes, the tyre sprang back into its normal profile. It was this spring that helped to hook him and his motorcycle around the corner. 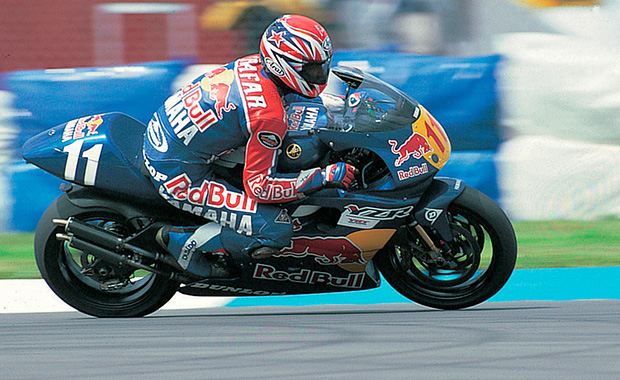 Without that spring and that hook, Crafar couldn’t get the bike turned. His best finish with Michelins in ‘99 was 11th at the French GP and by midseason he had been sacked by his team. That was effectively the end of his international career, when just six months earlier he had been the new hero of 500 GP racing.

More recently we’ve seen Toni Elias in a similar situation, going from Michelin to Bridgestone and then to Bridgestone’s (very different) control tyres. Elias was a MotoGP winner on Michelins, who could tailor tyres to his very weird riding style, an occasional podium finisher on Bridgestones and an abject failure on control Bridgestones. And then there’s been Valentino Rossi, who struggled for so long with Bridgestone’s current front slick – introduced in 2012 – before finally getting to grips with the tyre.

So who will be the winners and losers when MotoGP switches tyre brands in 2016? No one knows, but without a doubt, some riders who fly on Bridgestones will struggle to get off the ground with different tyres and other riders who are unable to use the Bridgestones to their maximum potential will delight in a change of tyre character. 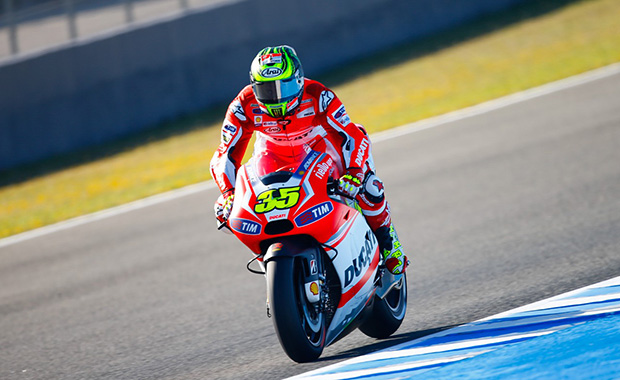 And what about the manufacturers? Consider the fact that Honda took almost two years – and at least a dozen frame redesigns – to adapt their RC212V to work with Bridgestones, following their switch from Michelin at the end of 2008. And remember that Ducati’s problems began in earnest even before Casey Stoner defected at the end of 2010. When they were able to run tailor-made Bridgestones in 2007 and 2008, Ducati won 11 and six GPs respectively.

During 2009 and 2010, MotoGP’s first two seasons of control tyres, they won just seven GPs. Even last year, Ducati attributed much of their problems to their inability to make their bike work with Bridgestone’s control tyres. And what now, will Gigi Dall’Igna get the Desmosedici in tune with the Japanese tyres, just in time for the switchover to a different brand?

Of course, there will be plenty of testing with MotoGP’s new tyre supplier before 2016, allowing manufacturers and riders to try and adapt to the new rubber. And there will be inevitable (and expensive) chassis redesigns, proving that control tyres are anything but the money-saving option they’re made out to be. Control tyres work well for those who make money out of the wheeling and dealing and usually not so well for everyone else. 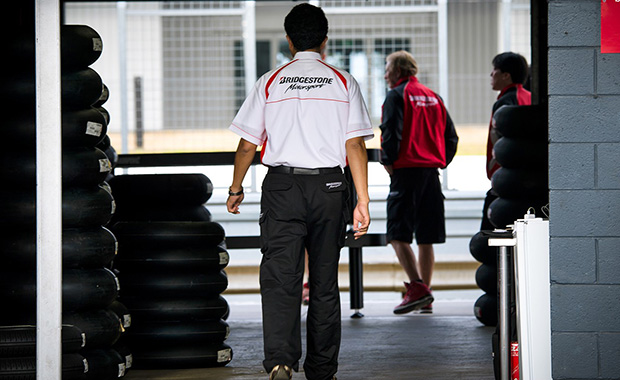 Control tyres don’t even work for the fans. The theory, of course, is that the racing will be closer and more exciting if everyone is on the same tyres, but it doesn’t work like that, because each control tyre will work better for some riders than for others, so in fact they don’t make the racing any closer at all.

Imagine the nightmare scenario of MotoGP introducing control suspension, with zero spring/damping adjustment. Likewise, the default suspension would work better for some riders than others, so in fact it would make the racing less equal.

No one knows why Bridgestone decided to quit MotoGP, except of course those in the boardrooms of Dorna and Bridgestone. Relations between the two companies certainly became tense following last year’s Phillip Island debacle, perhaps that was the start of the parting of the ways.

Or perhaps the Japanese had realised that winning a control-tyre contract is a poisoned chalice of PR, because when your tyres work well, no one really talks about them, but when they don’t you get nightmare headlines around the globe. 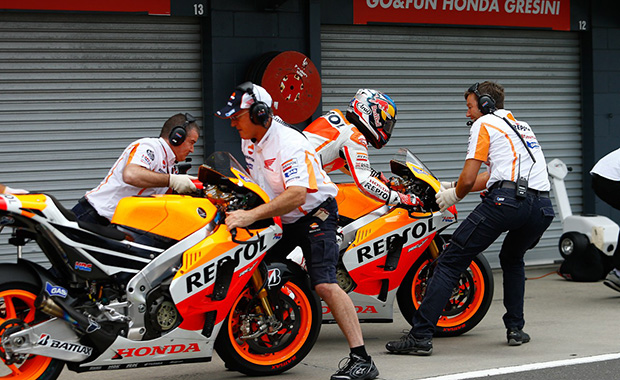 Or might it go deeper than that, might it have something to do with the introduction of control electronics from the start of 2016, when Dorna plan to start turning down traction control?

I’m no tyre engineer, but I’ve always considered Bridgestone’s MotoGP rear to be a traction-control tyre. It is stiffer and less rider-friendly than the Michelin it ultimately replaced in the late 2000s, but is that really a problem when engineers can rely on the electronics to keep the rider out of trouble? Thus Bridgestone were the first company to make tyres that relied on MotoGP’s new-wave electronics. Perhaps they don’t want to be around once those electronics are reduced.

We can only hope that whoever wins the 2016 tyre tender (Michelin are rumoured to be favourite, even though they’d rather have open competition with other companies) will build tyres that work for as many riders and bikes as possible and create better racing. Ideally MotoGP needs softer construction tyres that will suit a bigger spread of riders and allow a greater choice of lines, but how do you make a softer tyre that can handle 260 horsepower? Luckily, that’s not my problem.