All’s fair in love and war. Motorcycle manufacturers have been stealing talented riders from rival brands since people first raced bikes around in circles more than a century ago. So much so that the MotoGP rider merry-go-round is considered a central part of the racing game.

The MotoGP engineer merry-go-round is less of a thing, but it’s getting bigger and spinning faster, because as the racing gets closer the worth of every technical detail increases.

The most important thing to take from this is that no matter how hi-tech racing becomes it’s the human that makes the difference. And if imitation is the sincerest form of flattery, then so too is one factory robbing another of its brightest brains.

This year HRC has taken well-respected data engineer Jenny Anderson from KTM to work with Marc Márquez. KTM isn’t happy about losing Anderson, but the company knows how this game works: among others KTM took the co-inventor of MotoGP’s game-changing seamless gearbox from Honda and a top suspension engineer from Öhlins. This aggressive hiring policy has played a vital part in KTM’s rapid rise from MotoGP rookie to race winner.

Buying brainpower is the best way to turbocharge development. It’s usually a bargain

“I cannot be angry if other teams take our people because we came late into the MotoGP paddock, so to get our team together we had to find people from other teams,” said KTM motorsport director Pit Beirer last Friday. “Of course we try to treat people as well as we can, so they want to stay with us, but if someone wants to leave it’s better they leave. I always hope not to lose people because you want to minimise the transfer of technology.”

KTM certainly needed to build a lot of knowhow very quickly when it decided to take aim at motorcycling’s biggest prize.  When the Austrian entered MotoGP in 2017 it faced Ducati, with 15 years of premier-class grand prix experience, Honda with 39 years, Suzuki with 40 and Yamaha with 44.

Anderson had been with KTM since 2015, when she was hired by its head of electronics Dan Goodwin, who joined the company from McLaren Electronic Systems, the creator of Formula 1’s spec ECU. Anderson raced cars and bikes before moving to the other side of the pitwall.

Arguably KTM’s biggest tech signing also came in the early stages of the RC16 project. The company lured Jun Miyazaki away from Honda, where he had designed MotoGP’s first seamless gearbox with colleague Shinya Matsumoto. 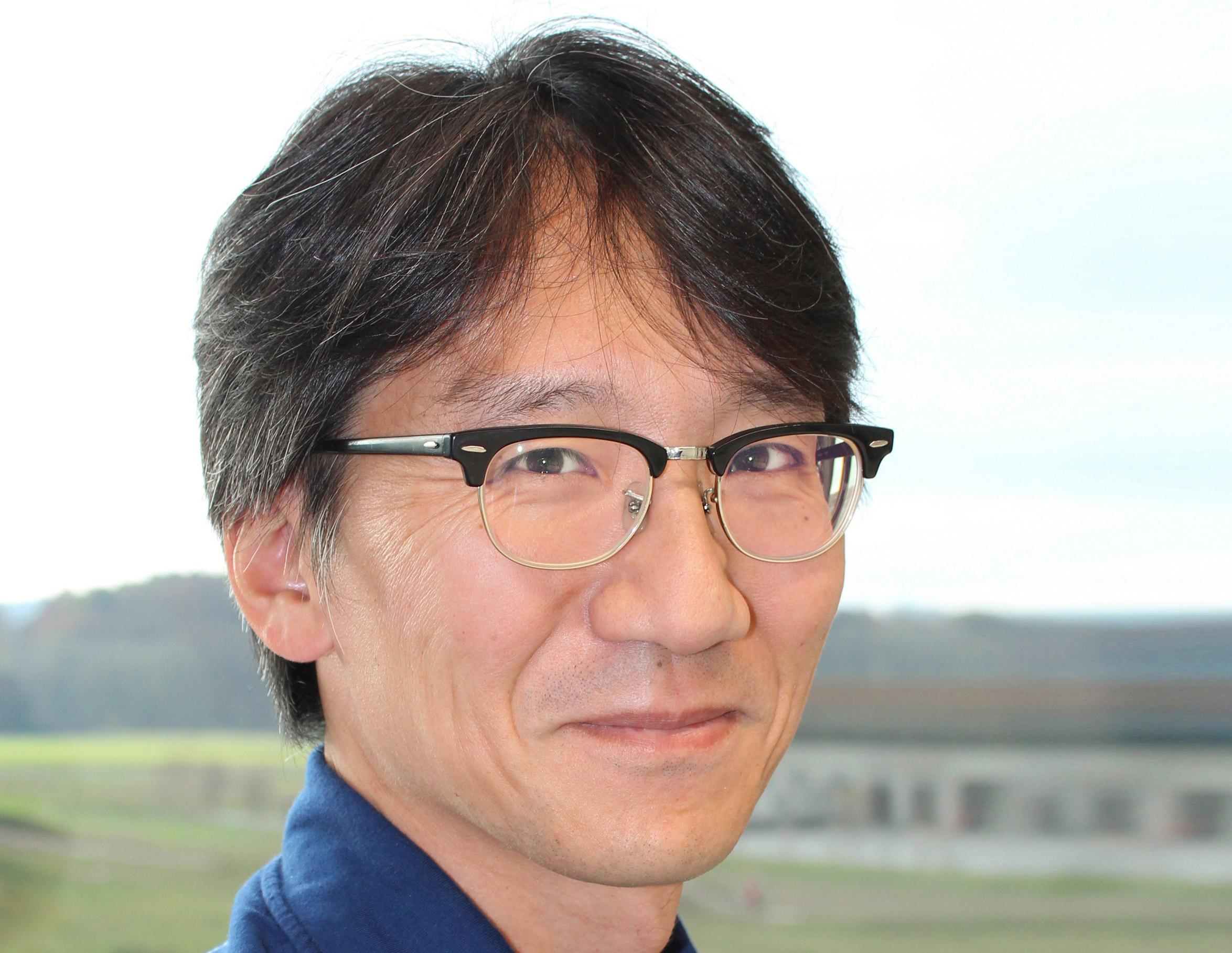 Honda’s patented “multistage transmission with a lost motion mechanism for regulating the operation for a downward shift in acceleration and for an upward shift in deceleration” took MotoGP by storm in 2011, when Casey Stoner rode the RC212V to world championship success in his first season with Honda.

Immediately everyone else racing in MotoGP needed seamless transmission, including KTM, which started worked on the RC16 a few years later. While some MotoGP factory teams bought in seamless technology from transmission specialists Xtrac and Zeroshift, KTM went to the source, signing Miyazaki from Honda. 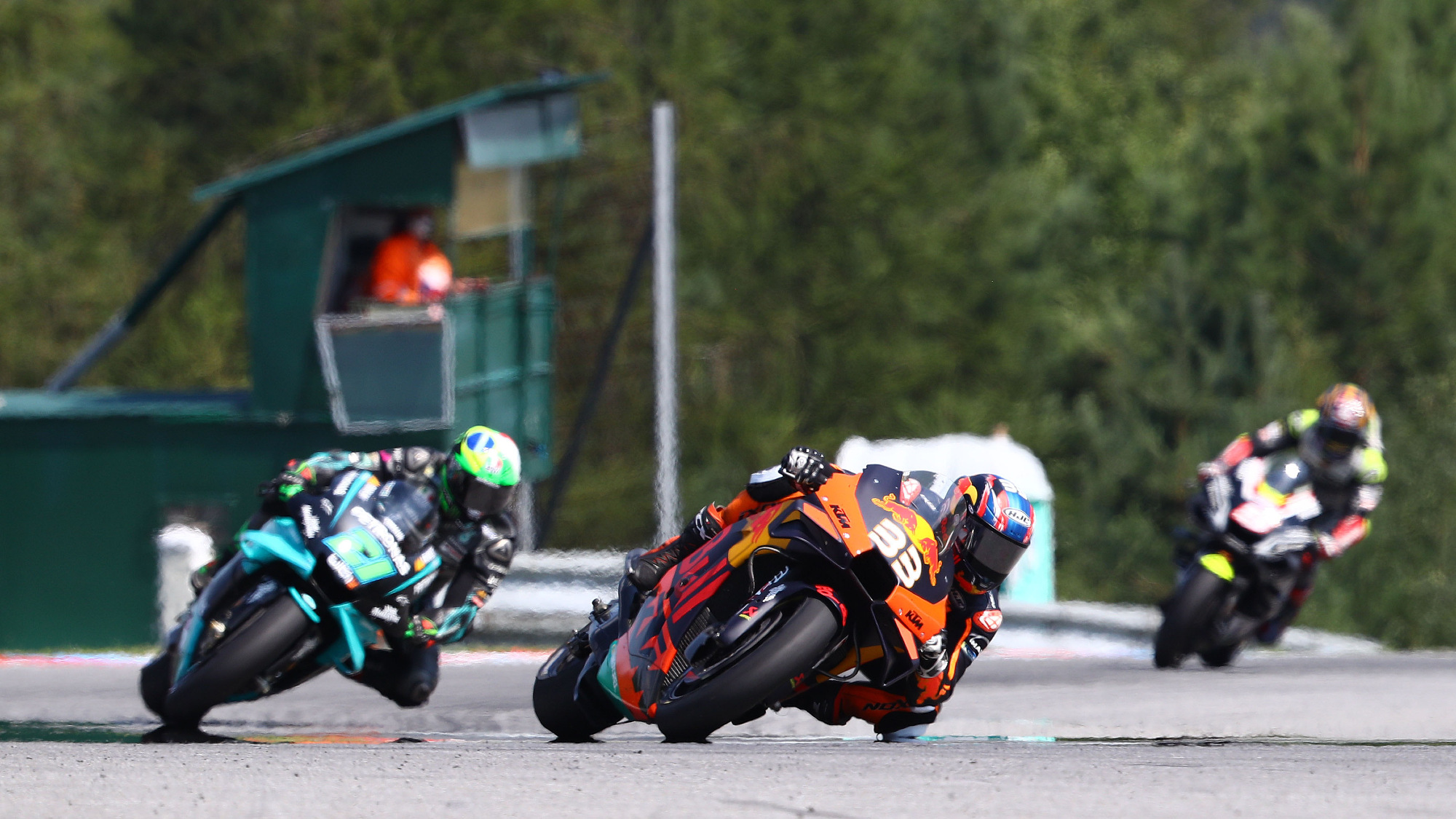 After Miyazaki, KTM took chassis designer Marco Bertolatti from Aprilia and at the end of 2019 it poached suspension technician Peter Bergvall from Öhlins. KTM’s in-house WP suspension engineers were working hard to catch up Öhlins, unbeaten in MotoGP since 2007, but KTM needed a breakthrough, especially in front-fork performance, so the company made Bergvall head of the WP racing operation. There’s no doubt Bergvall played an important role in KTM’s first MotoGP victories last year.

There are several other former HRC employees working at KTM. The factory team manager Mike Leitner joined the company in 2015, a few months after he had been dropped by Dani Pedrosa, whom he had guided to world titles and MotoGP race wins. In 2017 mechanics John Eyre and Mark Lloyd also switched from HRC to KTM.

There’s not a factory on the MotoGP grid that hasn’t bought brains from a rival, because buying brainpower is the best way to turbocharge development. And however much that brain costs it’s usually a bargain, not only in pure engineering terms but also in terms of cost to the brand and its image. Getting beaten is bad for your image, so you must do whatever it takes to avoid defeat and you must do it quickly.

In 2010 HRC signed Yamaha electronics engineers Carlo Luzzi, Andre Zugna and Cristian Battaglia. In 2014 Ducati took Gigi Dall’Igna from Aprilia. The same year Ducati data engineer Claudio Rainato defected to Suzuki. At the end of 2019 Yamaha took Marco Frigerio from Ducati. Last year Suzuki signed electronics development expert Andrea Agostini from KTM, which had taken the Italian from Honda’s Formula 1 programme. At the same time Aprilia signed an electronics engineer from Suzuki, which a couple of years earlier had taken him from the Noale factory. These are just a few recent manoeuvres in MotoGP’s never-ending brains race… 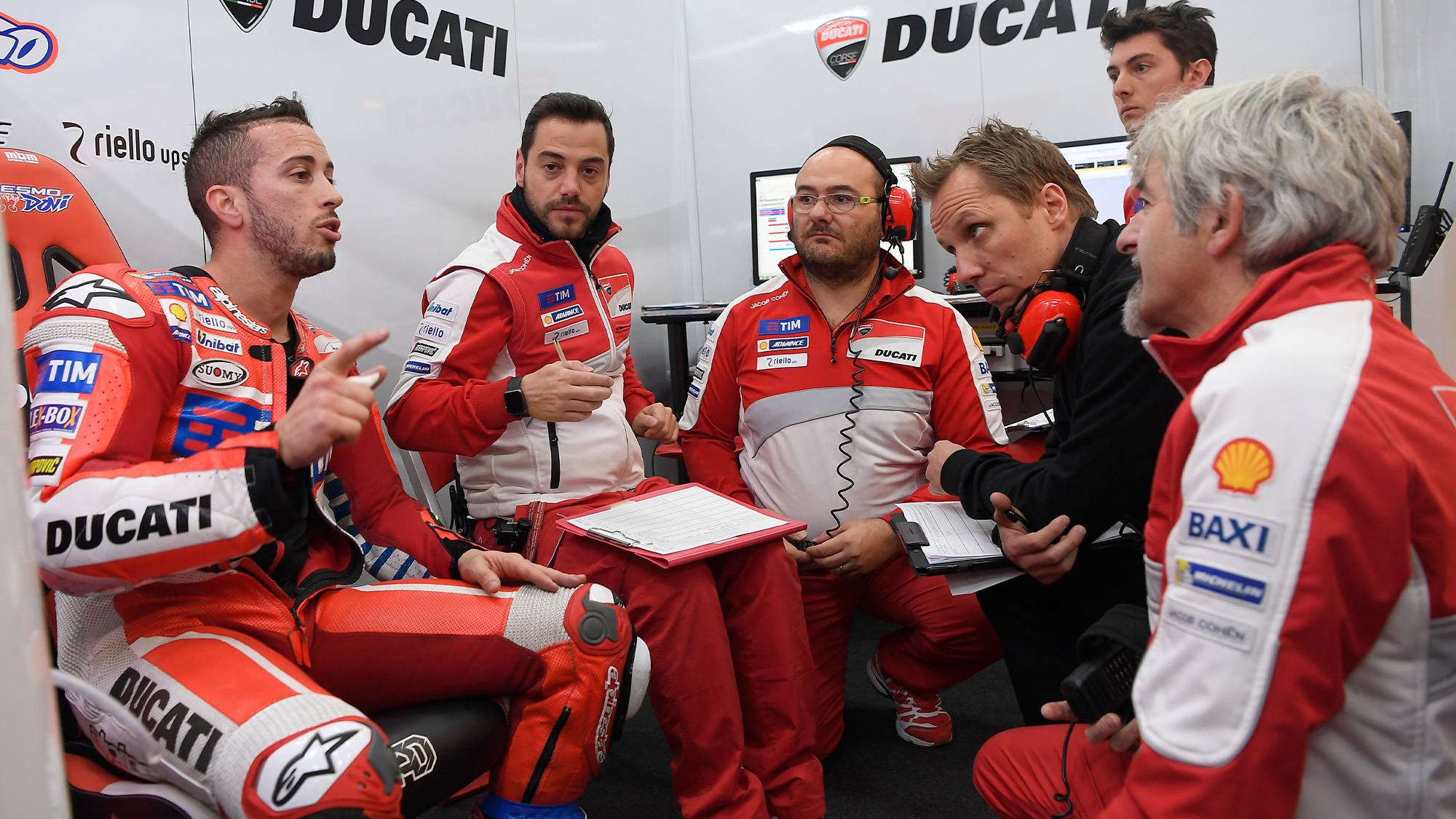 It should come as no surprise that data engineers get headhunted more than other engineers, because electronics is still the main growth area in MotoGP, despite the spec ECU and software, because while engines, chassis, tyres and suspension have been around for more than a century, electronics that control machine dynamics is still a new science.

Half a century ago – when manufacturers focused most of their energies on finding more horsepower – it was those with intimate knowledge of the internal combustion engine that were most in demand.

Italian engineer Piero Remor designed MotoGP’s first great engine and first inline-four – the Gilera 500 which dominated the first decade of world championship racing. But Remor fell out with Giuseppe Gilera, which gave Count Domenico Agusta the chance to sign him to his stable. Remor’s first MV engine was basically a rehash of his Gilera design, but with two ill-advised changes: shaft final drive and two gear levers – left foot for upshifts, right foot for downshifts.

In the 1960s Suzuki lured rider/engineer Ernst Degner from MZ, because the Japanese company’s two-stroke engines were way behind the MZ two-strokes, designed by Walter Kaaden, who had worked on Hitler’s secret weapons programme during the Second World War.

Degner’s arrival at Suzuki at the end of 1961 was the ultimate transfer of technology and development shortcut – within a year the Hamamatsu factory had secured its first world title and the first by a two-stroke.

More recently Suzuki was lucky enough to win the services of Warren Willing, the former rider and Team Roberts engineer who had worked with Yamaha for a decade. Willing went to Suzuki alongside Kenny Roberts Junior at the end of 1998 because KRJR’s dad ‘King’ Kenny wanted a top engineer to keep KRJR safe. Willing basically transformed Suzuki’s RGV500 into a YZR500, which took Roberts Junior to the 500cc world title in 2000.

Four years later another factory got lucky when it signed a new rider and got a pit-lane genius as part of the deal. In 2004 Valentino Rossi moved from Honda to Yamaha, taking crew chief Jeremy Burgess with him. Burgess was very nearly as important to Yamaha as Rossi, solving many of the issues that had plagued the YZR-M1 and playing a major part in Rossi winning the title with Yamaha at his first attempt.