Sunday’s Italian GP marks one-third distance in the 2017 MotoGP championship, but Mugello may be the start of a new championship 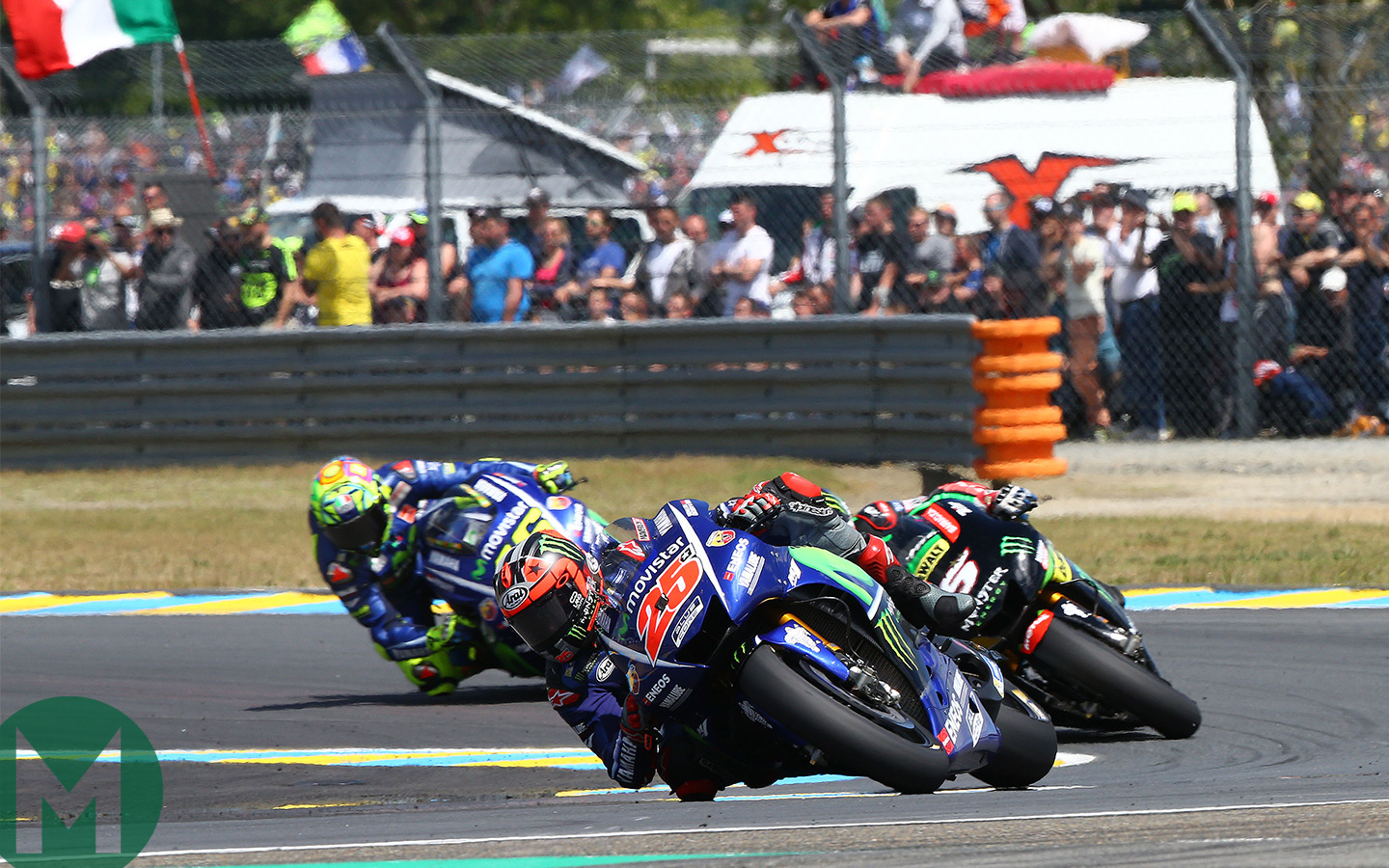 There is no part on a racing motorcycle more important than the front tyre. Everything comes from the front tyre: the all-important rider feel, corner-entry speed, mid-corner speed and therefore corner-exit speed.

And this weekend Michelin changes its front tyre for the remaining 13 races; from the 06, used at the first five races, to the 70, which features a stiffer casing.

Everyone knows it was Valentino Rossi who preferred the 70 from preseason testing, but the majority preferred the 06, so the 70 was put aside and everyone went racing with the 06. But as soon as riders started digging deeper, most realised they wanted a stiffer front, which would deform less during braking and entry.

At Le Mans a vote was taken, following back-to-back tests at Jerez. Twenty riders voted to switch to the 70 and only three voted to keep the 06.

In other words, this isn’t a Rossi deal, as many social-media conspiracy theorists would have it. Rossi likes a stiffer front tyre, but so does a clear majority, including Suzuki and the Honda riders, who need a stiffer casing to access the RC213V’s great strength: braking. “I’ve said all year the front is too soft,” says Cal Crutchlow.

All the riders in the title battle want the new tyre; except one: Maverick Viñales. The current points leader is suspicious of the 70. “In some cases the 70 is not working, we crash many times,” he says. His concern is that the stiffer casing doesn’t flex so much, which is better on a hot track, but possibly worse in cooler conditions, when riders work the tyre less, which generates less heat and less grip.

The big question is whether the 70 will derail Viñales’ title challenge. Perhaps it will, perhaps it won’t. We won’t know for at least a few races, perhaps not until they race in cooler weather.

If the championship balance does swing away from Viñales, this won’t be the first time this kind of thing has happened during the control tyre era. One-third of the way through the 2012 MotoGP series, Bridgestone changed the front tyre to a softer casing. That summer Jorge Lorenzo and Casey Stoner were fighting for the title. Lorenzo wanted the softer tyre, Stoner didn’t. Pretty soon, the title swung Lorenzo’s way. 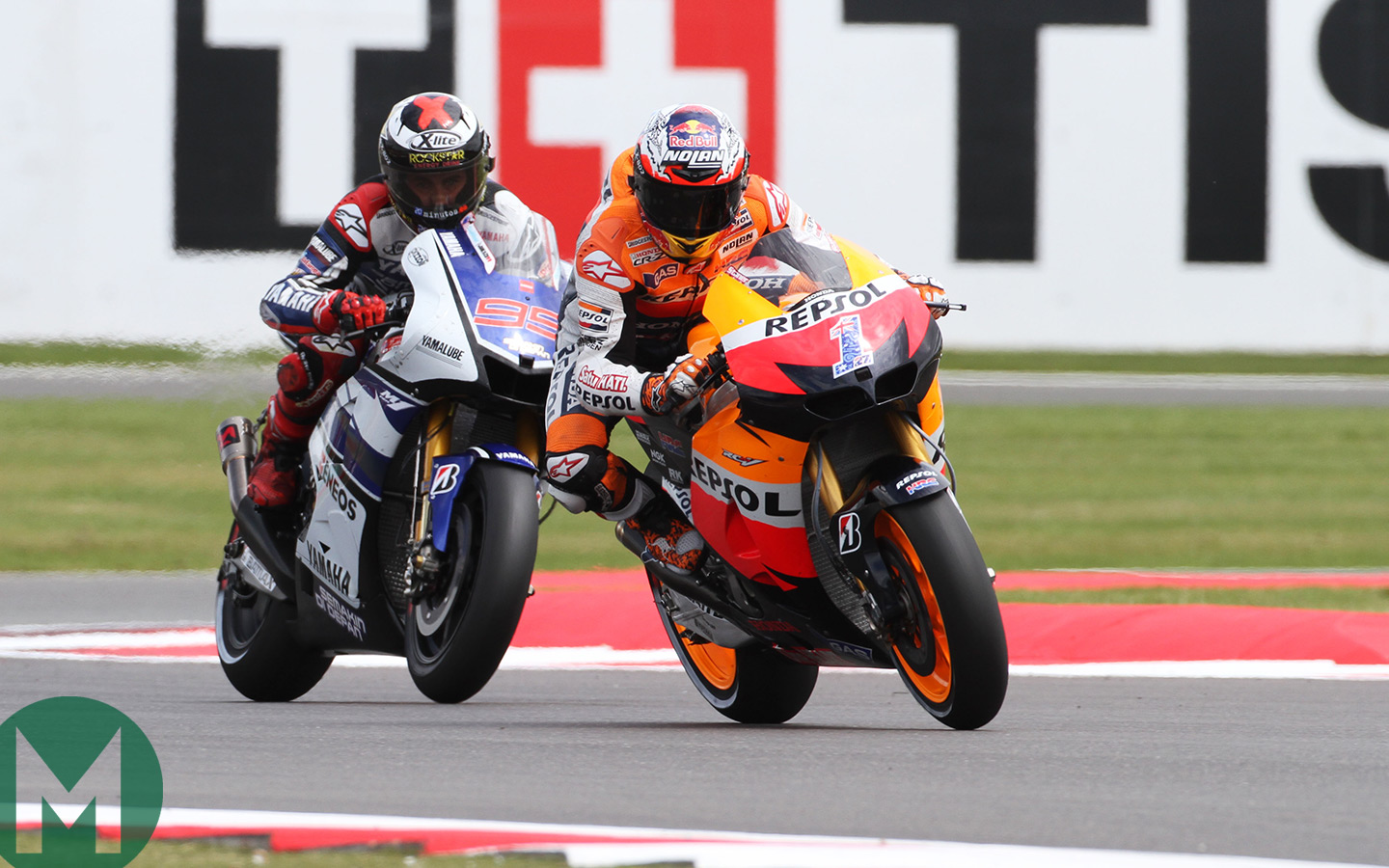 “The new tyre has destroyed us!” said Stoner’s HRC boss Shuhei Nakamoto in June 2012. “We develop our machine around the tyres, so once the construction is decided, we say please don’t change, because when the construction is changed we must redesign the chassis.”

Stoner was apoplectic. “The new tyre doesn’t give you enough support on the brakes – in my opinion it squishes too much,” he said at the time. “It’s not a good situation and it’ll get worse at hotter tracks where we need more support. The only way to get the support is with higher pressure, which gives you less contact patch.”

Thus the 2012 and 2017 situations are identical, but 180 degrees different. While Lorenzo got what he wanted in 2012, he’s not got what he wants for the rest of 2017. The former champion voted with Viñales because his smooth-as-silk riding technique prefers a softer front casing.

Lorenzo’s vociferous support for the 06 triggered an unedifying scene at Le Mans. During Friday’s Safety Commission meeting, when the final choice was made, Jack Miller turned to Lorenzo and said, “opinions are like arseholes, everyone’s got one.”

The next day, following Miller’s horrific FP4 crash, during which he cannoned into a trackside wall at high speed, Lorenzo seemed to suggest the Australian’s life had been saved by God.

I asked Spanish journalists to translate Lorenzo’s words, which had been spoken in Spanish. “God saved Miller,” or more specifically, “God picked him up with some tweezers,” to take him out of danger.

Some riders like to invoke God when they go racing, which is fine. They cross themselves on the grid or point to the heavens from atop the podium. But I think Lorenzo’s words were ill-judged. Most riders call each other names, in public, in private, sometimes both. No big deal – at times the paddock is little better than a schoolyard. But it’s unacceptable to suggest that someone has been saved by God, especially a rider who has just staggered away from a huge accident. And especially during the Le Mans weekend.

Miller knows what really saved him: his AGV helmet, his Dainese boots, leathers and gloves and a grassy knoll. When he was heading towards the wall at terrifying speed he hit a mound of grass, which crucially changed his trajectory, so he hit the wall at a shallower angle. 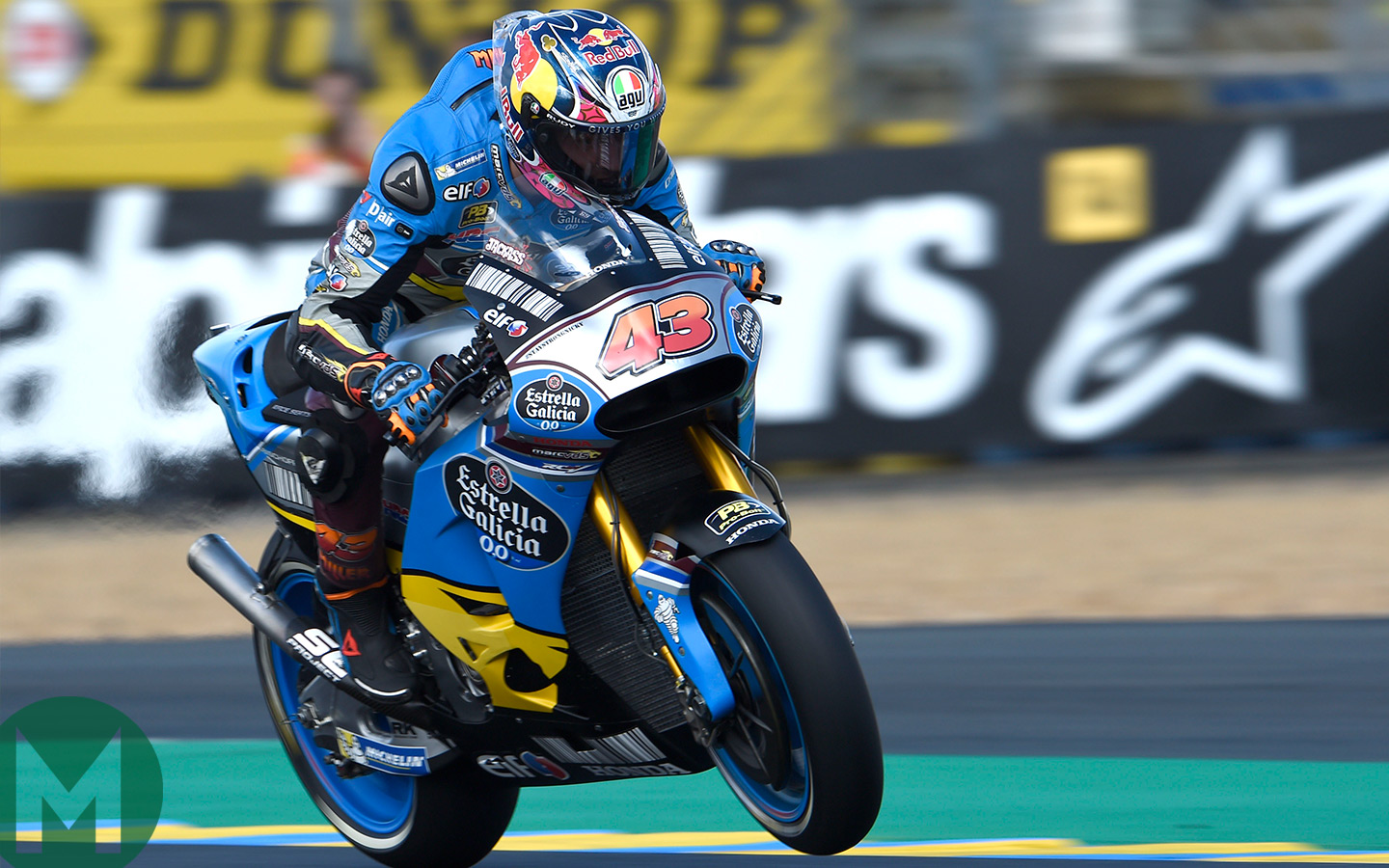 “Whoever put that mound of grass between the pit road and the track was a good bloke,” said Miller. “He saved my life because it kicked the bike another way, so I had a little more time to slow myself down before I jumped ship… My life flashed before my eyes; that’s as close as you get.”

This isn’t the first time that a couple of Grand Prix racers have fallen out over God. Way back in 1983 the 500cc world championship was decided at the penultimate corner of the penultimate race, when Honda’s Freddie Spencer overtook Yamaha’s Kenny Roberts.

‘King’ Kenny fumed about Fast Freddie’s edgy move, specifically because he thought Spencer was emboldened by his belief in God. “It was a bit alarming,” says Roberts. “Because here was someone who seemed to think they had divine intervention on their side.”

Spencer denies he raced with God on his side. “I never used my faith to help me win,” says the 1983 and 1985 500 champion. “I’d pray to be safe, for everybody’s safety. When I was a kid we weren’t taught to believe your faith in God would prevent you getting hurt by running a red light. I’m just a human being like the next guy. What I had was a belief in my ability because of my work ethic and my talent. But I don’t think anyone had more self-belief than Kenny.”

Perhaps that’s what will really matter in the final 13 races of 2017: self-belief, not front tyres.