Watch highlights of last weekend’s IndyCar, MotoGP and NASCAR action, as well as Supercars from Australia 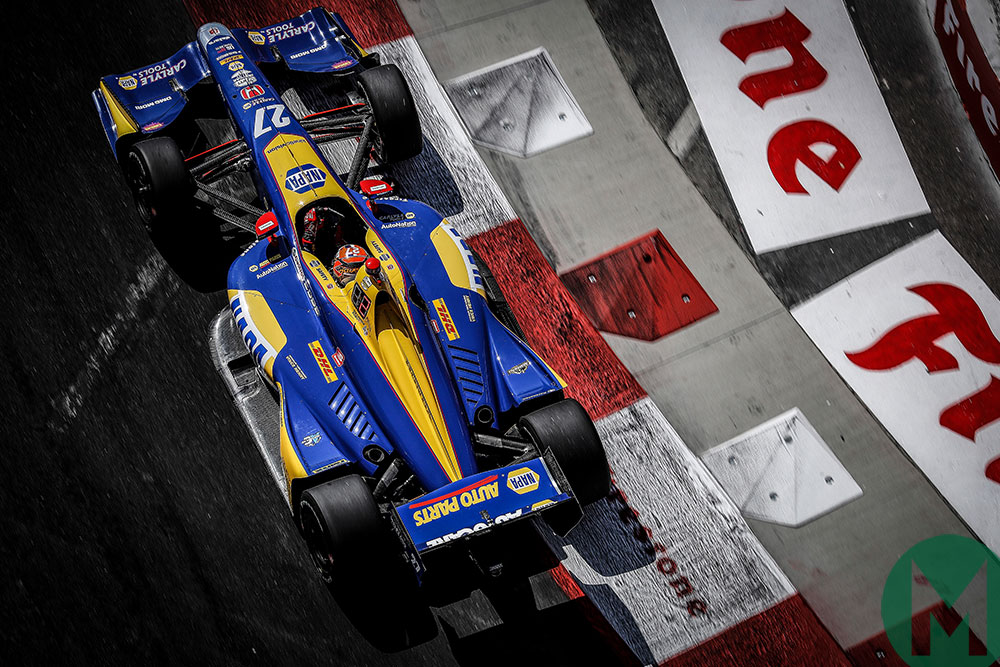 Long Beach, California: Alexander Rossi dominated at Long Beach to win there for the second year in a row. The Andretti Autosport man finished 20sec clear of Penske’s Josef Newgarden, who increased his points lead with his second-place finish.

Circuit of the Americas, Austin: Suzuki’s Álex Rins took his first MotoGP victory, winning out in a battle with Yamaha’s Valentino Rossi. Marc Márquez had led comfortably from pole but crashed out at half-distance.

Richmond, Virginia: Martin Truex Jr won out after a late battle with Penske’s Joey Logano and Stewart-Haas Racing’s Clint Bowyer. It was Truex’s first win since moving to the Joe Gibbs Racing team for this year, as well as his first Cup win at Richmond.

Richmond, Virginia: Cole Custer took his second win of the season in a Stewart-Haas Ford, and with it claimed a $100,000 Xfinity Dash 4 Cash bonus. Custer had lost the lead to Austin Cindric’s Penske Ford on a restart with 26 laps left, but got the place back seven laps later.