“Nowadays, with the spread of PCs and games, children tend to be satisfied with simulated experiences. But we believe in the importance of reality.

“Through motor sports, we will continue our daily activities so that as many people as possible can understand the preciousness of life and the excellence of experiencing with one’s own body.

“Motor sports are dangerous sports. Sometimes we realise the crisis of life.

“That is why it is always important to work seriously, and facing the realities and difficulties makes it possible to experience a sense of fulfilment that cannot be obtained by simulated experience.

“We believe in this kind of ‘the experience gained from actual experience will create a healthy spirit, and we will step forward.”

As much as I try to enjoy watching MotoGP’s virtual races, I’m always overcome by an overpowering sense of emptiness, aimlessness and ennui

These fine words appeared on the Japanese website of Technical Sports Racing, the team run by the great Masa Fujii, winner of the Suzuka Eight Hours and Endurance World Championship.

TSR’s eagerness to divert kids from virtual reality to reality, so they learn more about life – both the good and the bad – is to be applauded.

I have nothing against video games. The only reason I don’t go racing on my kids’ PlayStation is because I’m sure I’d never leave the house again and would end up wearing the same T-shirt and jogging pants until the day I died. During my late teens, when I was dispatch riding on a Honda CB400, I spent every lunch hour down the local arcade (Space Invaders!), so I definitely have it within me to be a screen addict.

However, as much as I try to enjoy watching MotoGP’s virtual races and as much as I appreciate the riders trying to entertain race-starved fans, I’m always overcome by an overpowering sense of emptiness, aimlessness and ennui; as I’m sure I would if I ever forced my eyes, ears and brain to soak up an episode of Love Island.

Motor Sport Magazine colleague Andrew Frankel summed it up perfectly when he wrote, “Watching esports is like watching someone else drink alcohol-free beer”.

Surprisingly, some fans disagreed on social media, suggesting that Frankel was being unkind. Esports is just a different skill, they said, not a lesser skill.

That really concerns me. So, at the risk of stating the obvious: esports and motor sports are very different things and one skill is definitely greater than the other, by a fact of gods know how many.

Perhaps some fans have been lulled into a false sense of security by seeing dozens of (real, not virtual) riders cartwheeling through the gravel each MotoGP weekend, apparently unharmed.

When Shoya Tomizawa lost his life during the Misano MotoGP round in September 2010 many people in the paddock were stunned by what had happened. The paddock had grown hugely since the four-strokes had arrived a few years earlier, especially in the management, hospitality, PR and marketing areas of racing. Many of these newcomers had never experienced death in racing and some of them they couldn’t believe that someone had actually died while racing a motorcycle.

Because beyond the jolly media conferences, the VIP guests, the promotion girls, the glitzy corporate sponsors, the Twitter chatter, the Instagram poses and the slick hairdos, MotoGP is still a kind of gladiators. In the nine and a half seasons since Tomizawa died it has lost another two riders. This is the “crisis of life”.

Anyone who gets to the top of any sport needs talent, dedication and a willingness to work to the exclusion of all else. But footballers, tennis players and golfers don’t walk into the arena knowing that they may get seriously hurt or worse.

This transforms the psychological aspect of the sport, which is one of the most fascinating aspects of bike racing. Going out to race a motorcycle is a bit like going to war. To me, people get really interesting when they face danger, because there’s nowhere for them to hide, so you see the real them. Are they really brave or is it all just front?

What esports lack isn’t only danger and bravery, it also lacks the thrill of speed, the thrill of taking risks and, most importantly, the thrill of controlling risks. Controlling risk means using everything in your power – your mind, your muscles, your senses and your years of training – to calculate and minimise the risk, then to thread the eye of the needle at warp speed.

Many riders don’t like talking about the dangers of bike racing but some of them do.

“Motorcycle racing isn’t a completely safe sport, so it’s something we live with,” said twice MotoGP world champion Casey Stoner two weeks after Tomizawa’s passing. “It’s bad to say it, but it’s part of what gives you the adrenaline rush, it’s part of why we love to do it, because it gets your heart racing, it gets your blood pumping. It’s that slight bit of fear that keeps you interested… What adrenaline rush are you going to get if there’s no fear in it?”

Riders walk a narrower line and take greater risks at Mugello, which demands something special from inside.

Let’s pretend that Valencia is a tightrope strung five metres above the ground. In which case the tightrope at Mugello is another 20 metres above that. The skill required to walk both tightropes is essentially the same, but there’s little doubt that it’s more fascinating to watch someone walk the 25-metre-high tightrope, because the psychological challenge is off the scale. 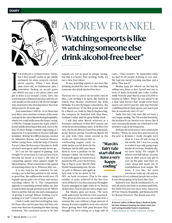 It is perhaps a generational thing, but I find myself unable to get mildly enthused, let alone properly excited, about esports. When I was about nine years old, on Eastbourne…

I sometimes feel guilty about getting a kick out of watching riders risk their lives, but many riders do love the danger. Back in the late 1980s and early 1990s GP riders like Wayne Rainey and Kevin Schwantz worked hard to get the most dangerous tracks – like Spa-Francorchamps and Salzburgring – removed from the world championships. But at the same time they got the biggest buzz of their lives from those two super-dangerous, guardrail-lined circuits. They only admitted this after they retired.

“I enjoyed places like Spa,” Schwantz told me a few years ago. “I really liked those f**king fast lefts [the awe-inspiring Armco-lined 150mph Blanchimont sweepers]. I remember getting pole there in ’89 and hearing [Wayne] Gardner or someone saying, ‘I don’t know what the f**k Kevin’s doing out there, but obviously nothing scares him’. I wasn’t smart enough to realise the imminent danger, but places like that allowed me to make a gap over the other guys. Suzuka was the same – most of the other guys would go, ‘holy f**k, the guardrail’s right by the track in that 120mph turn’.”

Rainey felt the same about Salzburgring, a mind-bendingly fast track that runs up and down an Alpine valley, through a guardrail tunnel.

“The Salzburgring was dangerous but it was great,” says Rainey, who adored the track’s scariest section – a fifth-gear switchback squeezed between the mountainside and guardrail, not even half a metre of run-off. “There was a fascination about that 160-mile-an-hour right/left/right at the top of the hill. It was awesome, it was fun, it was good.”

Spa and the Salzburgring are mainlining adrenaline, the greatest drug known to mankind. Esports is nothing by comparison.