Sadly, it is a reality of racing that safety improvements are sometimes only made after a rider gets killed or badly hurt.

So what will be the legacy of Luis Salom’s untimely death? 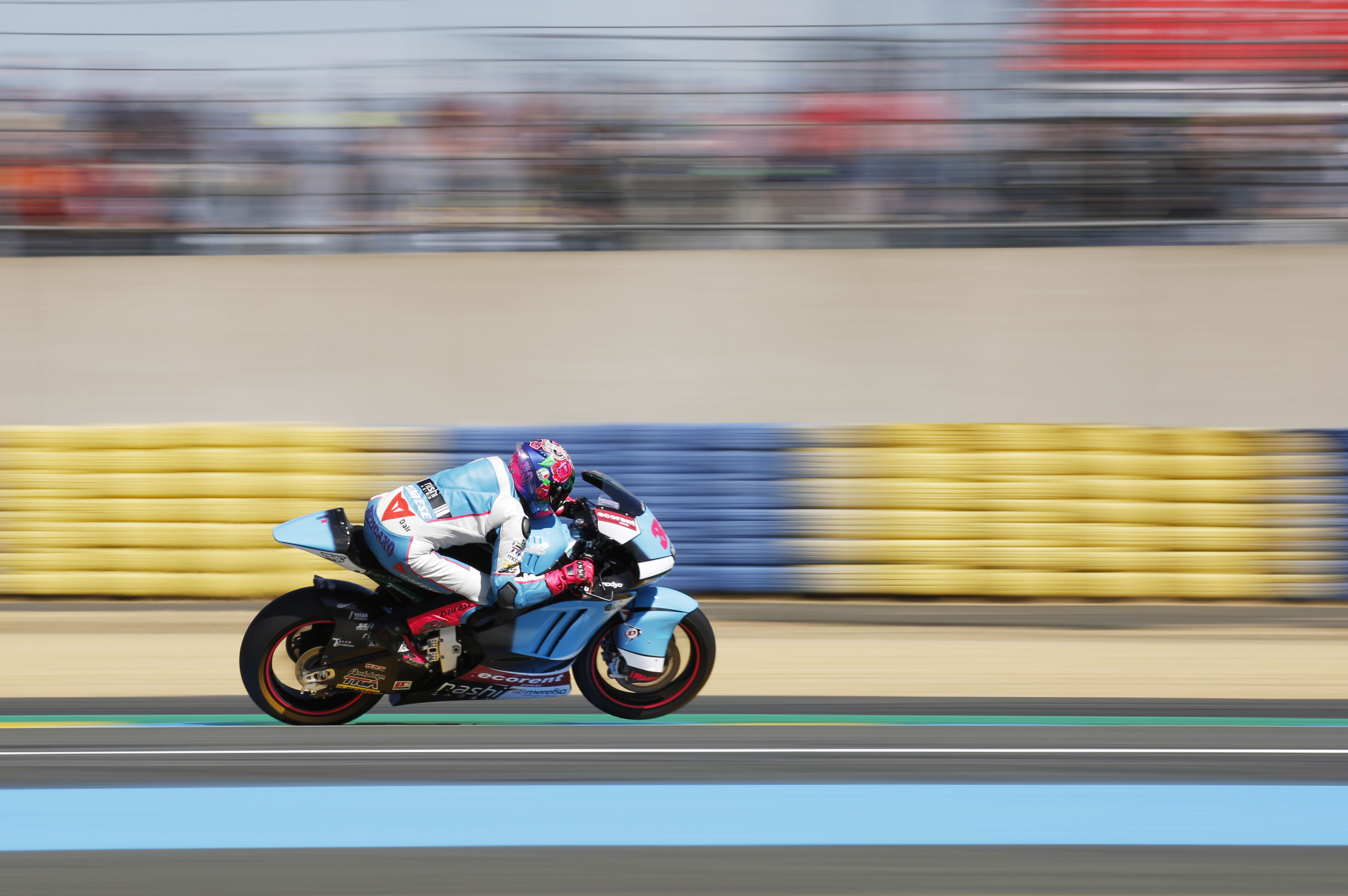 We have known for years that asphalt run-offs aren’t always a good thing for motorcycle racing. But striking a balance over the desires of car racers and bike racers has never been easy. Back in the 1970s, Armco was introduced at racetracks across the globe. The steel barriers probably saved the lives of many car drivers but certainly cost the lives of many bike racers.

More gravel trap might have prevented the loss of Salom’s life, but no one can be certain about that. All we do know is that MotoGP safety officer Franco Uncini told us he had asked the FIA (Federation Internationale de l’Automobile) for a return of the wider gravel run-off area at Catalunya’s Turn 12 – where Salom crashed – but he was told the asphalt had to stay. The asphalt run-off has been there since 2009.

Valentino Rossi said he has discussed the need for more run-off at the corner for the past six years; although Dorna CEO Carmelo Ezpeleta denied he had ever received a request from the Safety Commission for more gravel run-off. Certainly, nothing changed at Turn 12 until Salom died when the track was immediately changed; to a Mickey Mouse chicane that spoils the circuit’s flow and character.

There surely must be a better way. Salom’s legacy needs to be the FIM and the FIA developing some kind of adaptable system that delivers the right kind of run-off for both Formula 1 and MotoGP.

It won’t be easy, but as Motor Sport magazine’s Grand Prix editor Mark Hughes says, “I’m sure the minds that came up with counter-rotating vortices to accelerate the airstream through a gap and direct it where it’s needed can come up with something.”

Salom’s passing is a worry because it’s one of only a few fatalities in a solo Grand Prix event over the past few decades that might have been avoided.

Nevertheless, Grand Prix racing has become immeasurably safer in recent decades. About 90 solo riders have lost their lives in 68 years of World Championship racing. More than 70 of those fatalities occurred during the first three decades. And almost half of those lives were lost at the Isle of Man TT, many of the others at similarly dangerous street circuits like Spa-Francorchamps, Sachsenring, Brno, Dundrod, Bern and Opatija.

The sad fact is that during the 1950s and 1960s no one seemed to care about the death toll. The FIM and the promoters certainly didn’t, because little or more often nothing was done to stop the carnage; death was merely accepted as part of racing. Meanwhile most riders pretended it wasn’t happening – how else could you go out to do your job?

Frank Perris, one of Britain’s top GP riders of the 1960s, was battling with fellow Norton rider Dickie Dale for a podium finish at the 1961 German GP when Dale fell and hit a trackside bank.

“After the race I got back to the pits, ‘how’s Dickie?’ and of course the poor man was dead,” Perris recalled. “But that wouldn’t affect me at the next race, and all the top guys will tell you the same. It was awful, but we put it out of our minds. It was never going to happen to you.’

At the end of the decade, Bill Ivy died after falling and hitting a wall during practice for the 1969 East German GP at the Sachsenring. His passing was marked with a bouquet of flowers laid at his grid position. A few feet away friend Giacomo Agostini (MV) shed a tear before climbing aboard his MV Agusta to race around the soaking wet (and partly cobbled) street circuit. The track remained unchanged. 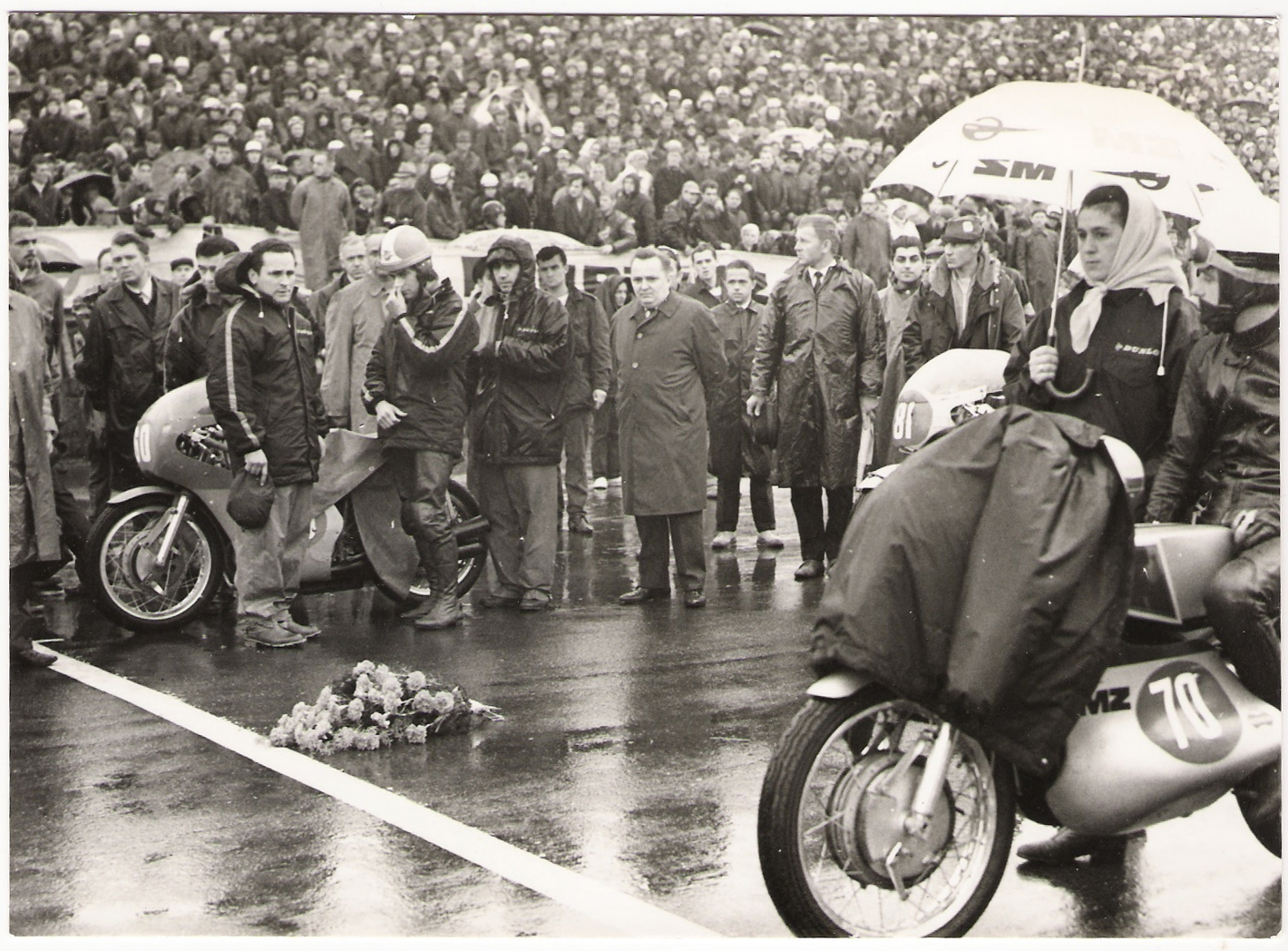 The 1970s finally brought change. Gilberto Parlotti’s death at the 1972 TT was a pivotal moment because it precipitated the end of the TT as a Grand Prix venue. Over the next two decades all other street circuits would go the same way.

But fatalities weren’t restricted to street circuits. In 1973 Jarno Saarinen and Renzo Pasolini died in a horrific pile-up at Monza’s Curve Grande. The race wasn’t even stopped. After a few laps of trying to thread their way through the wreckage the survivors gave up and pulled into the pits.

Two months later bikes raced again at Monza. Before this national meeting, Dr Claudio Costa – the man behind MotoGP’s Clinica Mobile – asked the organisers to place an ambulance at Curve Grande but his request was refused. Once again there was a pile-up. This time three riders perished.

Since the 1970s, track designers and race promoters have been much more reactive to requests for better safety. In fact, before Salom, only one of the five fatalities during the last 30 years of solo Grand Prix racing (against about 70 in the first 30 years) can be directly attributed to the circuit: Daijiro Katoh’s death during the 2003 Suzuka MotoGP round, where he hit a trackside wall after losing control. The epic Japanese circuit was struck off the calendar as a result.

Three of the others (Marco Simoncelli at Sepang in 2011, Shoya Tomizawa at Misano in 2010 and Ivan Palazzese at Hockenheim in 1989) lost their lives after falling and being struck by other bikes. This is a type of accident that’s very difficult to fix, although manufacturers of riding gear continue to improve their products to protect riders.

The fifth GP rider to lose his life since the mid-1980s was Nobuyuki Wakai, who died after colliding with a spectator running across pit lane at Jerez in 1993. The spectator had a paddock pass with no pit access – one reason why pit-lane security is so much tougher now.

In 1983 and 1984 there were three fatalities, all of which had a direct effect on safety.

Kevin Wrettom died at Spa-Francorchamps in 1984 after crashing at the flat-out Blanchimont left-hander. Run-off was greatly increased as a result, but Spa was finally dropped following the 1990 Belgian GP.

In 1983 two riders died during the French GP at Le Mans. Iwao Ishikawa lost his life in practice when Loris Reggiani’s brakes failed as he approached the La Chapelle hairpin at full speed, causing a fatal collision. A chicane at the Dunlop bridge was introduced to reduce speeds at what had been a flat-out right-hander with minimal run-off and also to reduce approach speeds into La Chapelle.

Michel Frutschi died a few days later after crashing at the 140mph left-hander on Le Mans’ back straight. His head struck a wooden post dug into the ground to support catch fencing, supposedly a safety feature. From that day riders made sure catch fencing was longer supported by posts. And the 140mph left became the Chemin aux Boeuf chicane. 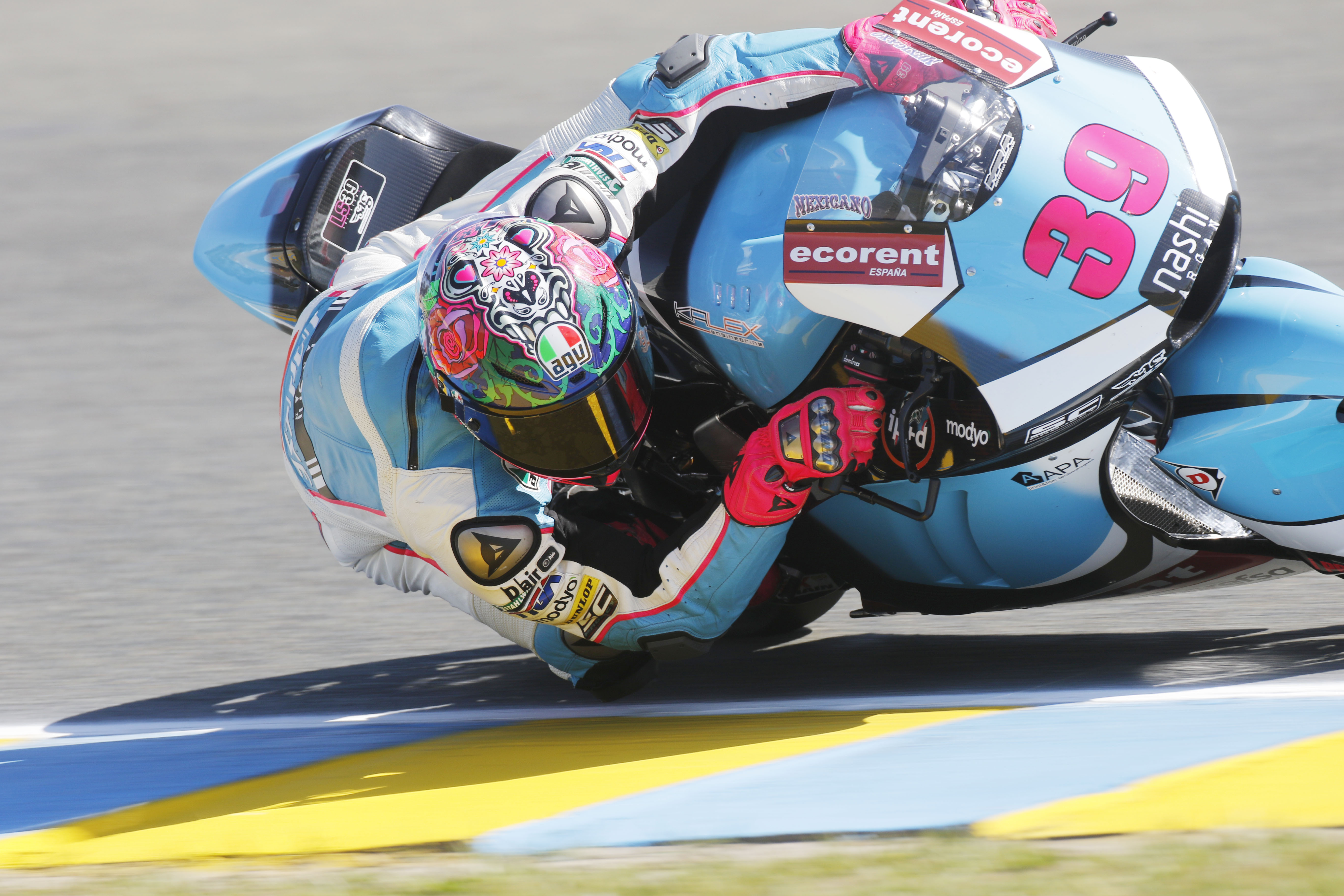 Rider input had much to do with many of the improvements that followed these sad events, which is as it should be because there’s only one voice that counts when safety is discussed and that’s the voice of the riders. Dorna are mostly very good at listening.

However, I disagree with Ezpeleta’s statement that Salom was “absolutely out of the line” when he fell. CCTV footage of the crash suggests the Spaniard lost control during braking and then travelled straight ahead, an entirely foreseeable accident. Data from his bike proves that this is indeed what happened.

Salom’s crash was reminiscent of Dani Pedrosa’s tumble while leading the rain-lashed 2008 Sachsenring MotoGP race. Pedrosa lost it on the brakes and travelled straight on at high speed, thumping into the air fence, while his bike cartwheeled over the barrier a few yards away. He was very lucky he didn’t make contact with his bike, as did Salom.

Salom, like all his fellow racers, was taking risks by going racing, but everyone should know that it isn’t the risk itself that makes racers race, it’s the wonder of using every cell in your brain and every muscle in your body to control the risk while finding that edge where only you can exist, or at least where you think only you can exist. That’s the buzz Salom was chasing and that’s the buzz every rider chases.

There is probably no better way to end a miserable weekend than with some fine words from another sportsman we’ve just lost: Muhammad Ali.

New on the Database – MotoGP results back to 2002