Who to blame for the poisonous end to the 2015 MotoGP season: (in alphabetical order!) Jorge Lorenzo, Marc Márquez or Valentino Rossi? Or how about none of them? How about thinking about the problem a little more deeply and investigating its root causes? 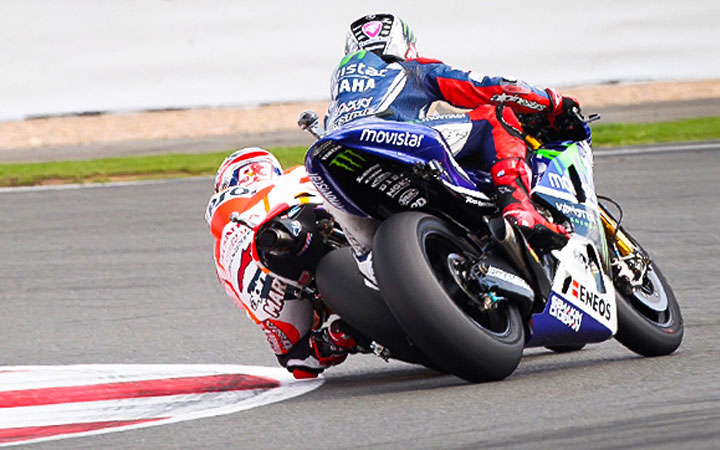 Here’s a theory. This problem has been coming for years and we’ve been cheering all the way, unaware of what’s at the bottom of the road we’ve been travelling down. We get excited when the first four rows of the grid are separated by just one second and last April we greeted the Argentine GP – the first premier-class GP in which the top 20 finishers were covered by less than a minute – as a wonderful moment. 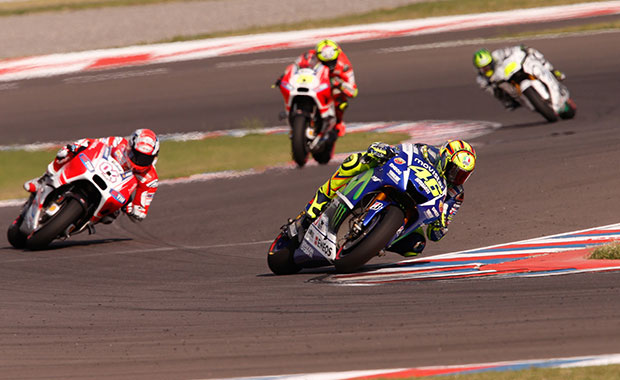 Which it was, in a way. Back in the 1960s and 1970s races were often won by several minutes, which can’t have been much fun. Now races are often won by several tenths of a second, which is fun. The 1991 season – Wayne Rainey vs Kevin Schwantz, Mick Doohan and the rest – was the closest of GP racing’s last golden era, but it wasn’t as tight as last season. We all want exciting racing and that’s what we’re getting, because this is another golden era of Grand Prix racing, but sometimes there is a price to pay.

The various fall-outs between MotoGP’s three greatest rivals can all be traced back to the riders wanting the same piece of racetrack: Lorenzo and Rossi colliding at Motegi 2010, Márquez and Lorenzo at Jerez 2013, Rossi and Márquez at Rio Hondo and Assen 2015.

Collisions have become a more common occurrence in recent years, largely because the motorcycles are so damn good. Way back in 2009 Rossi told me “now the bikes are too good and the tyres are too good”, and they are even better now.

In days gone by the machinery was not so advanced and usually each bike was fast in different parts of the racetrack and at different stages of the race, so getting past another rider was never much of a problem, so long as you made your move at the right time and at the right place. 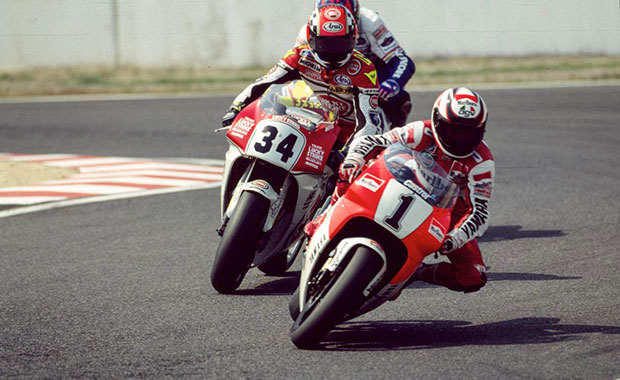 The latest MotoGP bikes run rider-aid electronics, astonishingly high-performance tyres and all kinds of other high-tech kit that delivers amazing consistency of performance and allows riders to ride around racetracks at pretty much the same lap times from the start of a race to the finish. Everything conspires to bring the riders closer and closer together: traction control allows them to exit to corners at the same speed, control tyres force them to use similar lines and carbon brakes shrink braking zones.

The result of all these improvements is a leading pack of riders who want to use the same piece of racetrack all the time, thus making overtaking increasingly problematic. Invariably there isn’t enough room to make a clean pass and when someone tries, the riders collide. One or both of the riders may be to blame for the collision but in reality the problem isn’t theirs, it is MotoGP’s.

This kind of thing happens all the time in the smaller classes, where riders barge into each other as a matter of course, but that’s just pesky kids doing what pesky kids do, so the world takes little notice. In MotoGP everything assumes a greater significance; the speeds are bigger, so too are the salaries, the TV viewing figures, the sponsorship and manufacturer investment and the media spotlight.

And of course, the closer the racing, the more people watch the telly and so the more money pours into the sport, so everyone is happy, at least until it all gets too much, as it did a few months ago. 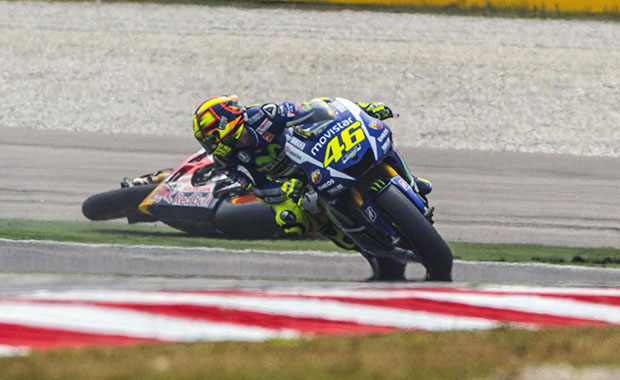 Sadly, there is another much higher price to pay for ultra-close racing. Shoya Tomizawa died at Misano in 2010 because he crashed in the midst of a tightly packed group of riders and those riders behind him were so close they had no chance to take avoiding action.

How do you solve this problem? Or is it not a problem but merely the price we have to pay for getting what we want? Some people, including Rossi, believe that MotoGP’s 2016 technical transformation – Dorna rider-aids and Michelin tyres – may shake things up, because riders won’t be able to run the metronomic paces of recent years, but we will have to wait and see if that’s what actually happens.

No one wants boring racing but we need to understand that when riders race elbow-to-elbow, lap after lap, at very high speeds, it won’t always end happily.