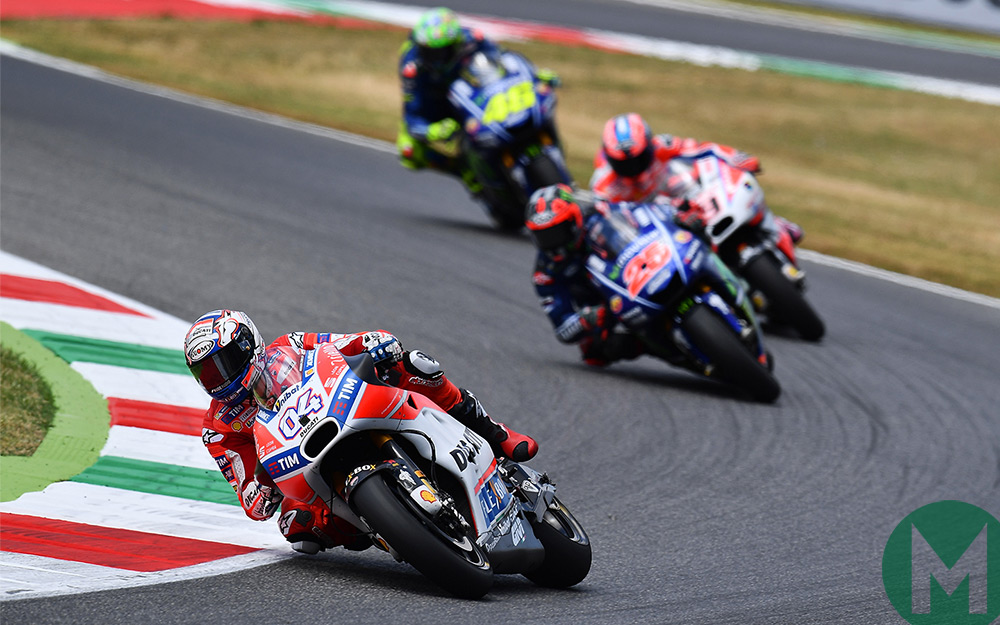 Andrea Dovizioso deserves double congratulations for Sunday: for surviving that terrifying 210mph tank-slapper on lap three and for scoring Ducati’s most important victory since the Casey Stoner years. And Danilo Petrucci too, a Mugello podium is good going for someone who nearly packed it in a few years ago because he was fed up with finishing at the back.

However, Dovizioso and Petrucci know better than most that Ducati still doesn’t have a bike that will work well at enough different tracks to make them world-title challengers.

The problem is poor mid-corner turning during the transition from off-throttle to on-throttle, which is less of an issue at fast, flowing tracks like Mugello.

Ducati has worked on the chassis to fix this, reducing their disadvantage step by step, but it now realises that the final fix must come from the Desmosedici’s engine.

If you stand by a slow corner and listen as riders carve through the turn and ease on the throttle, you will quickly realise that the Ducati sounds different to all the other bikes.

Yamaha’s YZR-M1 stands out. It carburates like a road bike, the engine burbling gently at the first touch of the throttle at full lean. The other engines are not dissimilar. Not quite as gentle at the very bottom of the rev range, but they carburate smoothly, giving the rider the connection he needs between his right hand and the racetrack.

Then here comes the Ducati. The rider shuts the throttle, carves through the corner and reopens the throttle. There’s a millisecond of silence, then a cough, a pop and a bang and the bike is gone, in a maelstrom of revs and racket.

That moment’s dead spot is the problem. The Ducati works this way because the desmodromic V4 is the most powerful bike on the grid, which is a good thing, except at very low revs, when the engine actually makes too much power. Ducati Corse engineers try to calm down this excess with electronics, specifically the anti-jerk programme, because MotoGP’s control traction-control software isn’t clever enough to do the job. (See how anti-jerk works here.) 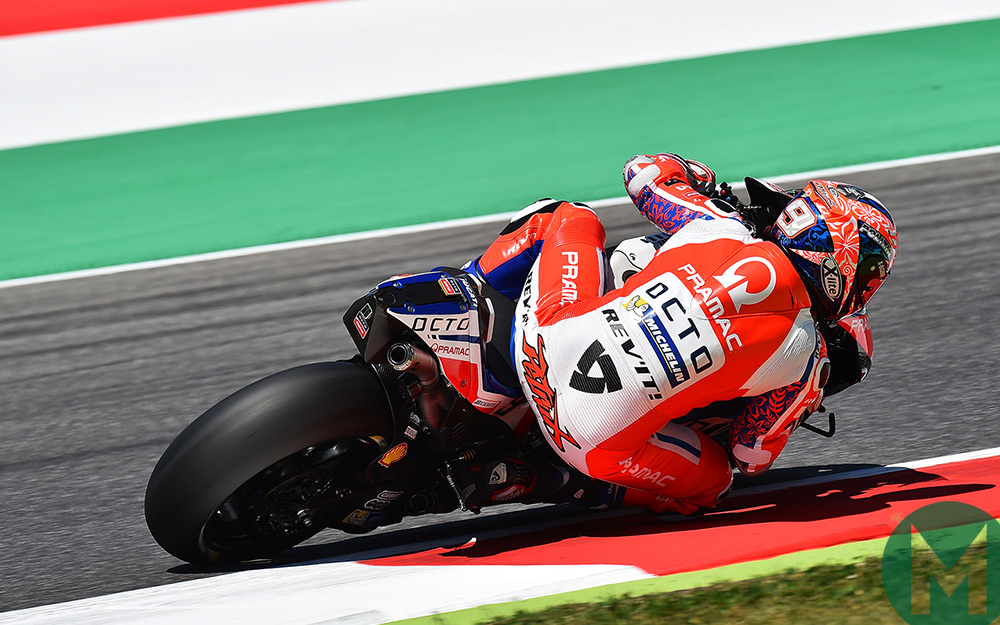 Anti-jerk makes the Ducati engine controllable when the rider first touches the throttle, but the dead spot takes away the all-important connection between rider, rear tyre and racetrack. For several milliseconds the rider is flying without wings, so he can’t turn the bike, which compromises his mid-corner speed and corner-exit speed, costing him a vital few hundredths of a second.

“This doesn’t help us,” admits Ducati Corse general manager Gigi Dall’Igna. “It is something we are trying to reduce.”

The factory squad’s team manager Davide Tardozzi goes into more detail: “This is one of the main issues we are working on,” he says. “Absolutely it affects the turning – that’s why we are focused on this problem. Our engine has more power and torque than the other bikes across the rev range. We think this affects the frame a lot. When the riders want to use the first touch of throttle they can’t, because the engine makes too much power, even at the bottom. We need to work on this, but the engines are sealed, so it’s something we need to do, but we can’t do it this year.”

If you’re wondering why Ducati hasn’t already fixed this, it has been working in other areas, slowly working its way to the heart of the problem, which was exacerbated by last year’s introduction of lower-tech control software.

Dovizioso, Petrucci, Jorge Lorenzo and other Ducati riders do have a way of trying to bypass the turning issue: using the rear brake mid-corner. This was one of the secrets of Stoner’s success on the bike, when the Desmosedici was a truly difficult machine. In the middle of the corner they dab the brake to pull the rear down and the front up, which helps the bike turn by changing the geometry and taking some load off the front. It’s the next best thing to using a whiff of throttle to achieve the same effect, but it’s still not ideal, even if you’re an otherworldly talent from Down Under.

If Ducati can make the desmo engine friendlier next year, the bike will go around most circuits much better and they will surely challenge for the title.