Michelin is in its fifth season as MotoGP’s sole tyre supplier and yet only holds just over half the comparable race records. The rest belong to Bridgestone, which supplied the grid from 2009 to 2015.

Five years is a long time in MotoGP, so how can this be? Two main reasons…

Firstly, although Michelin’s front slick precedes its rear slick whenever MotoGP riders take to the track, in terms of performance the front lags behind the rear.

This has been the case for as long as anyone can remember. Even in the days of 500s, when Michelin had a stranglehold on the championship (Michelin won every premier crown between 1985 and 2006), riders commented that the French company’s rear tyre was better than the front.

Michelin introduced a new rear slick for 2020, which surprised some people, who believed a new front slick would’ve made more sense, for better front/rear traction balance.

When World Superbike king Jonathan Rea shared racetracks with the MotoGP grid a few years back he noticed that MotoGP riders take wider lines into corners so they don’t overload the Michelin front.

“The Pirelli front deflects [squishes], so we can deflect the tyre and go in really hard,” says Rea, who last rode alongside top MotoGP riders at Jerez in November 2017. “The MotoGP guys can use the performance of the carbon brakes to brake later than us, but they have to use a much larger radius into the corner, so they cover more metres to get to the apex, whereas we can pretty much point the bike straight at the apex.”

This is why MotoGP riders have adapted their riding technique to make the lap time by focusing on mid-corner and corner exit, using the rear tyre to steer the bike and fire out of turns.

The front tyre’s other issue over a race distance is its sensitivity to temperature. We’ve all heard riders talking about their experiences of racing in a group on a hot day – the wash of hot air from the leading bikes can overheat the tyre, which increases its air pressure, changing its profile, shrinking its footprint and reducing grip. This is why MotoGP riders have air temperature/pressure warning lights on the dash.

From the comfort of my ringside seat, I love all of this because it makes the racing even more fascinating. To me the whole point of racing is to watch riders being challenged, so the bigger the challenge the better.

Michelin does have a new front slick under development. The tyre – designed for more control and stability under braking – was due to be introduced in 2021, even though some riders already like the tyre enough to want it this year. Now its introduction has been delayed until 2022 due to MotoGP’s Covid-related technical freezes.

At the start of 2016, MotoGP did suffer another performance reduction with the ban on factory electronics, but this had a smaller effect than the change of tyres.

The other reason MotoGP race records don’t get smashed every race weekend is that current technical regulations are written to reduce the pace of development of motorcycles and tyres to (in theory, at least) keep costs and performance under control.

Such is life in the 21st century. In the good old days, motorcycle racing was a glorious free for all, when no one worried about riders or bikes going too fast because there was no such thing as too fast.

In the earliest days of the sport – 120 years ago – only one factor was considered in separating different racing classes: machine weight.

Engine capacity classes were the next phase in regulating racing. Then in the late 1960s things started to get out of hand – Honda built a five-cylinder 125cc four-stroke and Suzuki created a three-cylinder 50cc two-stroke – so each grand prix category was further regulated with limits on the numbers of cylinders and gears.

Now hundreds of limits apply to each class, both to the bikes and to the tyres. In the last two decades alone MotoGP’s rulebook has grown from 99 pages (in 1999) to 365 pages now.

The main reason to specifically limit tyre performance is to prevent corner speeds increasing because nowadays there is such a thing as too fast.

If MotoGP bikes keep going faster and faster around corners it won’t be long before the championship’s greatest tracks – Brno, Mugello, Phillip Island – will disappear, because they are already at the limit of run-off.

Such are the efforts to limit performance that today’s MotoGP riders go racing with narrower rear wheel rims than Wayne Rainey used to win the 1990 500 world championship. Back then Rainey mostly used a 6.25in or 6.5in rim on his Yamaha YZR500, which made around 160 horsepower.

Today’s MotoGP bikes – which are knocking on 300 horsepower – are limited to rear rims of no more than 6.25in at the rear and 4in at the front.

Each manufacturer is also limited to just two sizes of rim at each end – usually 6in and 6.25in rears and 3.5 and 4in fronts. A wider rim spreads the tyre which changes the profile, usually putting more rubber on the road but at the expense of slower handling. Most MotoGP riders currently use 6.25in rears.

This restriction to two sizes of rim is another result of things getting out of hand, as they do when some teams have lots of money to spend. Back in the final days of the 500s and the early days of MotoGP the richer teams had four or five different rim sizes for both front and rear wheels, which they could use as another tool for adjusting steering, handling and grip. And teams needed perhaps half a dozen rims in each size, which was good business for the wheel manufacturers but a disaster for the poorer teams.

Due to these restrictions and also the natural limits of a motorcycle – you probably don’t need me to tell you that an 8in or 9in rear rim wouldn’t be a good idea if you’re riding around a racetrack – the contact patch available to riders has hardly changed since Rainey ruled the world, despite horsepower nearly doubling.

MotoGP is cage-fighting on gasoline

“Some people believe football is a matter of life and death,” said legendary Liverpool football manager Bill Shankly many years ago. “I am very disappointed with that attitude. I can…

Everything has got much better – engines, frames, suspension, brakes, and electronics – but the tyres are still just two hoops of rubber that must do their work by bonding with a few square inches of asphalt.

Teams can play around with tyre pressures – reducing pressure flattens the tyre and therefore expands the footprint – but even tyre pressures are now limited. This prevents teams from going too low in search of faster lap times and risking tyre failures.

Michelin’s current minimum limits are 1.9 bar (27.55psi) for front slicks and 1.7 bar (24.65psi) for rear slicks. Any rider found going lower – all tyres are monitored by mandatory pressure sensors that send info to Michelin – are supposed to get sanctioned.

In spec-tyre racing the aim of every team is the same: to generate the forces in the available tyres to get them to work, via engineers adjusting the motorcycle and via riders adapting their riding technique.

This year’s big challenge in MotoGP is the 2020 rear slick, which is causing issues for some bikes and riders but not for others. That’s always the way – every tyre will always suit some better than others. Whoever best solves the riddle of the 2020 rear will most likely win the 2020 world championship. 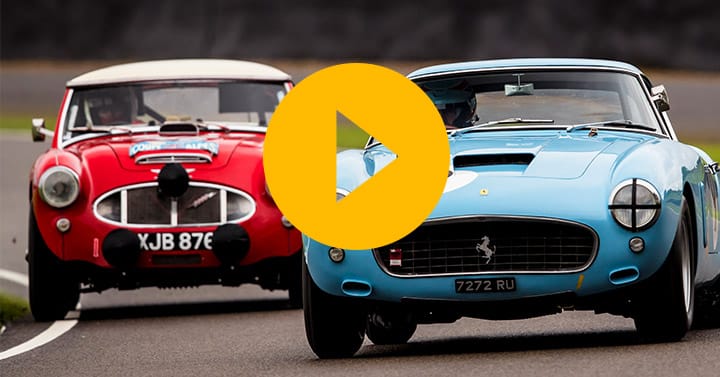