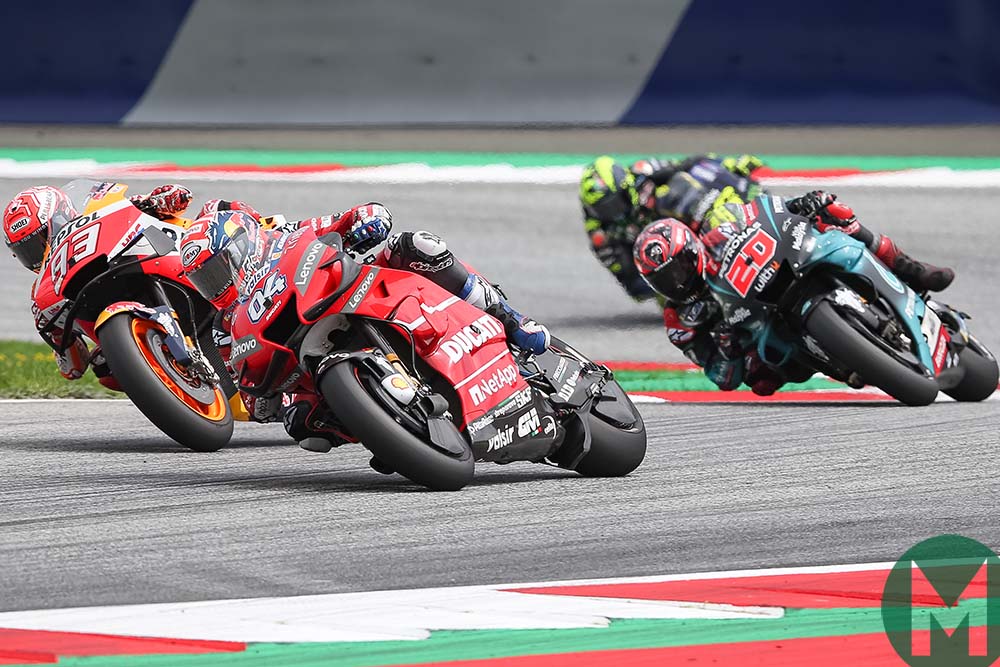 How molecular chains have changed MotoGP

Since Michelin became MotoGP’s sole-tyre supplier in 2016 the company’s slicks have been one of the main causes of some of the closest races in history.

The tyres are easier to use than the Bridgestones they replaced, so more riders can take them to the limit. Also, they are available in a wider choice of compounds, so there’s more chance of each rider finding the right tyres for his bike and riding style.

But keeping fans happy is another thing. Last year some complained that the Michelins didn’t last long enough, so riders had to ride the early stages of some races in tyre-saving mode, then pull the pin in the last few laps. Never mind the fact that this produced some thrilling finales.

This year’s Michelins last longer, which can stretch out the pack in some races because the fastest riders can push from lights-out to chequered flag. Which has some fans (probably the same ones) complaining once again.

In fact, the differences between this year’s and last year’s race patterns are small. Last year’s average first-to-second gap was a 70-year minimum of 2.1sec. So far this year the gap is 2.6sec. Meanwhile, the average first-to-fifth deficit has widened from 8.2sec to 9.4sec.

Each year Michelin builds its tyres according to lessons learned the previous season. Many of its 2018 tyre allocations were softer than the 2017 options because riders had asked for more grip. This year’s allocation is stronger than last year’s because riders wanted longer-lasting tyres.

“The fans want to see good races and so do we,” says Michelin’s MotoGP manager Piero Taramasso. “We want to see good battles and we want all the riders and factories to have tyres that work for them. But the biggest target for any tyre manufacturer is breaking race records. To make a tyre that’s fast for one lap is easy, but to make a tyre that’s fast for 25 laps is much more challenging.”

The latest Michelins don’t last longer due to harder rubber, they last longer because the tyre ingredients are mixed in a different way, which changes the tyre’s molecular structure. Tyres consist of chains of molecules. How those chains separate and degrade governs how a tyre lasts or doesn’t.

“Last year we used this new mixing technology in our medium compounds at about half the races,” adds Taramasso. “Those tyres were very popular with the riders, so this year we use the same mixing technology in all our tyres. The material we use isn’t different; it’s the way we mix the rubber, the oil, the carbon, the silicon and all the ingredients. This changes the molecular construction, which changes the way the tyre degrades.

“Certainly this is one reason the races have changed this year – because some riders can use these tyres better than the others.” 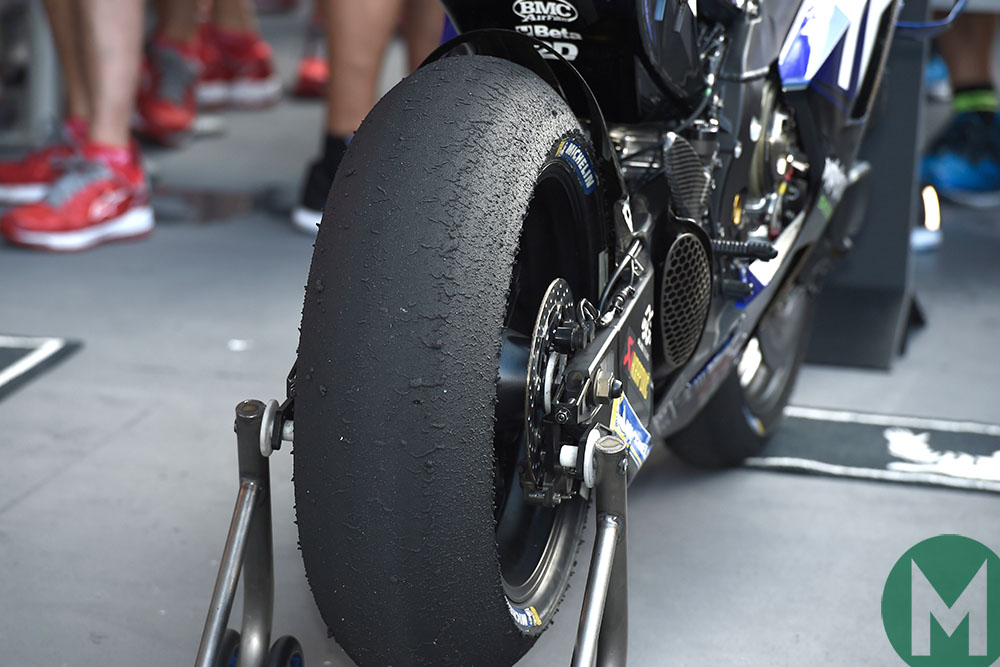 Michelin has already tested its potential 2020 tyres with most of the MotoGP grid. Top of the list is a new rear slick.

“We have a new rear slick with a different construction to give more grip on the exit,” explains Taramasso. “The casing is softer on the edge, so when the rider accelerates the tyre squashes more to give a bigger contact patch.”

Michelin is also developing a new front profile, which they started last year, with the aim of improving corner-entry grip and feel. But there was a reluctance among MotoGP factories and promoters to introduce the tyre for 2019. Firstly, the factories are nervous of big changes in tyre dimensions because this can change everything, requiring different chassis geometry, stiffness and so on, which all incur huge costs.

“Our tyres are working well, which is why we hesitate to change,” adds Taramasso. “Also it’s easier for the teams and factories, plus Dorna say everything is going well, so don’t change anything! But at the same time we at Michelin want to keep learning and keep improving.” 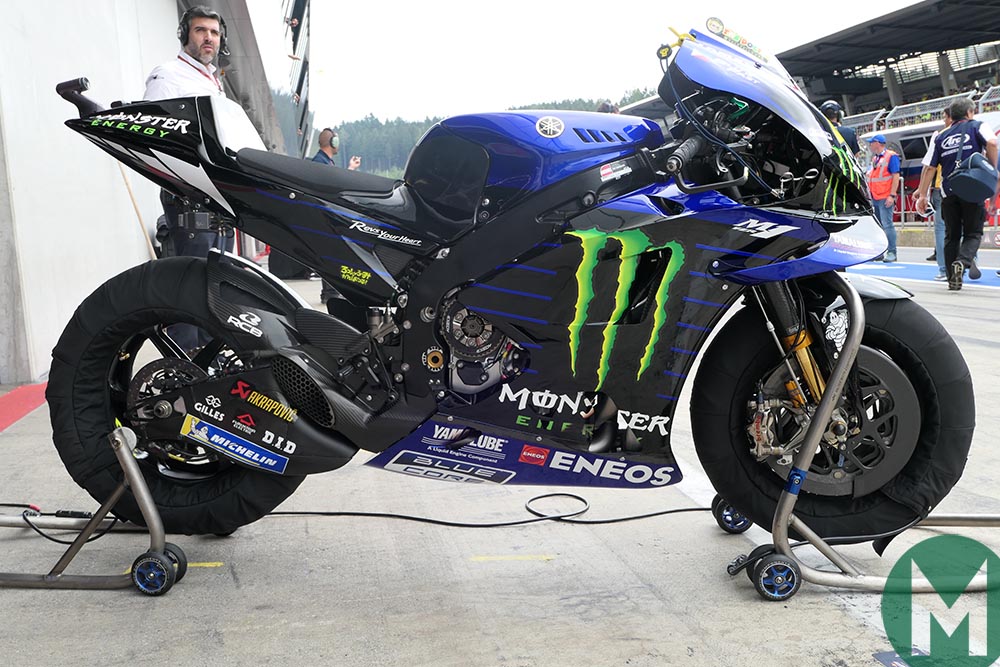 Last year’s Austrian Grand Prix was a low-point for Yamaha, the weekend when (now ex) MotoGP project leader Kouji Tsuya publicly apologised to his riders for the YZR-M1’s poor performance.

Last Sunday at Red Bull Ring, Yamaha was once again out of the victory hunt at its worst racetrack, but its victory deficit was halved from 14sec to six. Yamaha’s overall 2019 improvement hasn’t been quite that impressive – just slightly reduced from last year’s average 4.7sec deficit to 4.2sec.

“We are quite happy because it looks like the second half of the season has started in a better way, after some very, very negative races in the first half,” said Rossi after Sunday’s race. “Something has changed inside Yamaha and they are working harder and in a better way to improve. Sure we have a lot of work to do because Ducati and Honda have again improved more than us.”

Rossi tested a 2020 M1 prototype at Brno recently and will try another revised engine at Misano later this month. The big surprise at Brno was that the new bike didn’t feature a carbon-fibre swingarm.

Two of Yamaha’s prime concerns in recent years have been lack of acceleration and poor tyre life, it seems bizarre that the prototype 2020 M1 features the same-old alloy swingarm.

Yamaha’s efforts to keep hold of Quartararo took another step forward at Red Bull Ring, where he raced with Öhlins carbon-fibre-outer forks for the first time. These units weigh 800 grams less than the standard forks, which helps the rider change direction faster.

However, the 20-year-old Frenchman is still stuck with a 500rpm-lower rev limit, because he signed with Petronas as the team junior, so he has five engines for the year, while the factory riders and Petronas team-mate Franco Morbidelli have seven each.

For Sunday’s Austrian race Quartararo chose the soft rear, while Rossi and Vinales chose the medium. The soft was the better choice, helping the youngster to lead the early laps and finish third, 1.6sec ahead of the veteran and 2.5sec ahead of the Assen MotoGP winner. 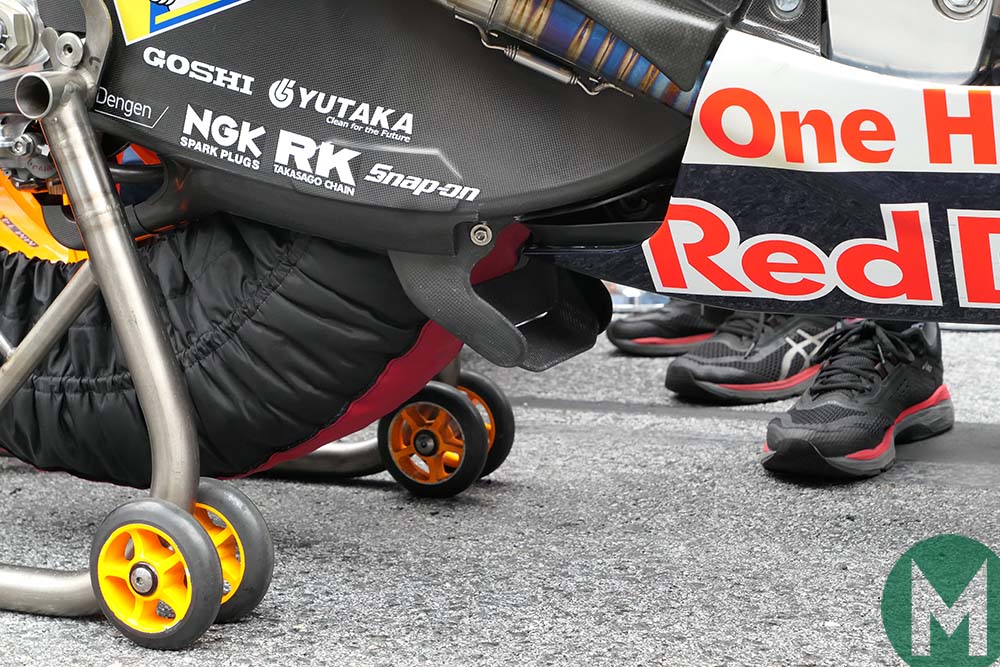 Marc Márquez may be running away with the MotoGP riders’ title while Honda is leading the constructors points chase, but right now no one is pushing harder on development than HRC.

At Red Bull Ring, Márquez raced a new carbon-fibre-coated frame, new aerodynamics and a new swingarm spoiler (above) for the first time; an unusually high number of innovations in one race. But of course, it is Márquez’s domination that allows Honda to experiment. He is so far ahead on points that HRC can risk racing new kit. Because if Márquez loses a few points it’s not the end of the world, and race data is invaluable in racing, much more useful than test data.

“The spoon [Márquez’s name for the swingarm spoiler] increases downforce during braking, while the new aerodynamics reduce wheelies,” said the world champion after the race. “They were both a small help and helped us to stay with [Andrea] Dovizioso. The new frame was really good at this track, but we still have some doubts about other tracks.

HRC has been working hard to laterally soften the RC213V’s chassis since last season, to make the bike more forgiving. That and the bike’s much-improved straight-line speed help Márquez to take many fewer risks. By this time last season he had had 12 crashes. So far this year’s he’s had six, and none since round five at Le Mans!

One of the main aims of the new frame – which features several layers of carbon-fibre weave bonded to the beam sections – is to improve turning. This has multiple benefits: not only does it improve performance by making the bike turn quicker, it also reduces the need for crazy-high lean angles and it works the tyres less, which means the rider can race with softer, grippier tyres.

Who will replace Zarco? Oliveira? 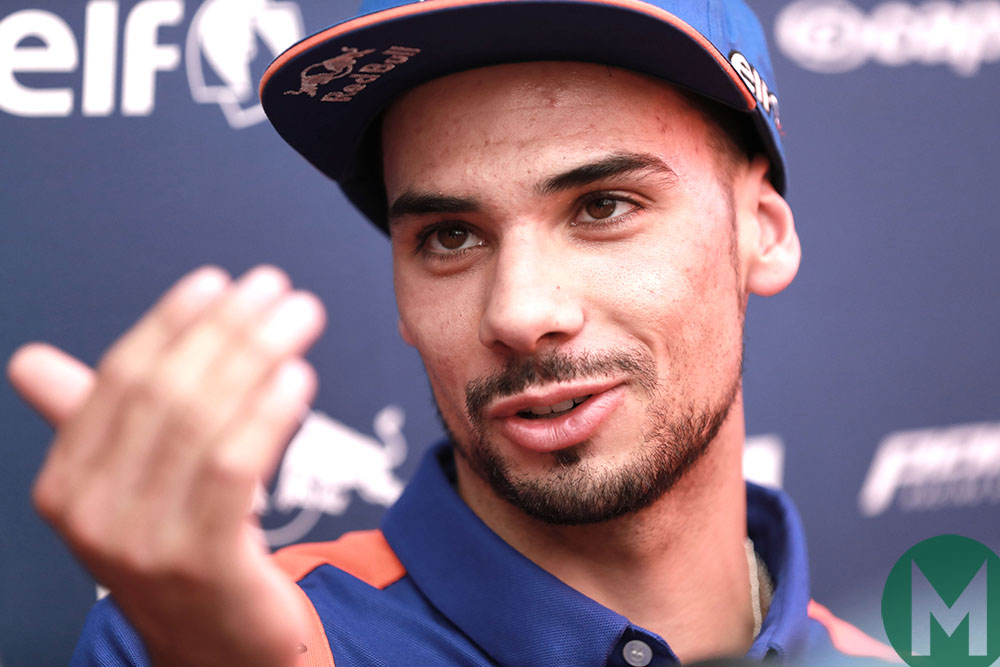 The Johann Zarco bombshell – dropped on the day after KTM’s home MotoGP race – asks two questions: who will replace the Frenchman on the 2020 RC16 and where will he ride next year?

KTM has yet to announce a replacement for the twice Moto2 world champion and 2017 MotoGP rookie of the year. The logical choice would seem to be Tech 3 KTM rider Miguel Oliveira, who’s in the midst of an impressive rookie season aboard the demanding RC16.

At Red Bull Ring the 24-year-old Portuguese finished eighth, between the Ducatis of Pecco Bagnaia and Danilo Petrucci, his best result so far and his smallest deficit to the winner; just 16sec, or 0.57sec per lap. And he had never ridden the RC16 at Red Bull Ring, although the factory test team had recently visited the circuit, which also taxes the RC16 less than most.

“I think I have the capacity to fight for top positions, but right now we are in a development project, so we don’t want to get too over-excited about today’s result, we know we have a long way to fight for the top positions,” said Oliveira on Sunday. “The gap is shrinking; we now have a good direction with the bike and we just have to keep working.”

An interesting fact about Oliveira is that he’s the first KTM rider who hasn’t climbed off Yamaha’s user-friendly YZR-M1 onto the hard-to-ride RC16. Current Red Bull KTM rider Pol Espargaro came from an M1, so did his former KTM team-mate Bradley Smith, and so did former Tech 3 riders Zarco and Hafizh Syahrin.

“For this reason I think KTM takes notice of what I say,” adds Oliveira. “My comments are real, because they’re not based on my experiences with another MotoGP bike. I tell them that the bike needs to be more versatile for everyone and it needs to be easier in many aspects.”

Next year Brad Binder will be in the same situation as Oliveira this year; coming from a KTM Moto2 ride to the RC16, with Tech 3. Who knows, KTM might decide to fast-track the 23-year-old South African into its factory MotoGP team? But Oliveira, with a year’s MotoGP experience, would seem a more obvious choice.

As for Zarco’s immediate future, who knows? Is there a single MotoGP ride open? In theory no. Moto2 perhaps, with the plan to return to MotoGP in 2021, when the rider market is more open? Or World Superbike?