Are Ducati’s MotoGP winglets a good idea? Many think not. Which is why they may soon be banned. 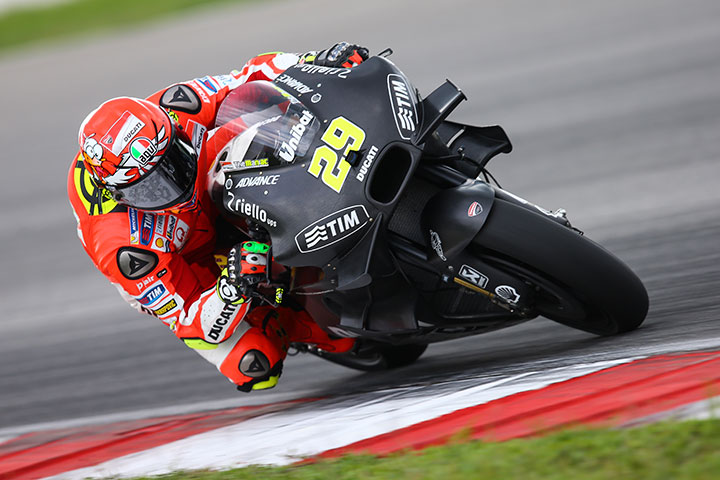 Motorcycle racing exists for various reasons, but primarily because people want to race bikes. As Valentino Rossi’s long-time engineer Jeremy Burgess once said: “If you’ve got a bike, two kids, a stopwatch and a piece of dirt, you’ve got yourself a race.”

Will Ducati build a better road bike thanks to its work with MotoGP winglets? Possibly. Of more concern is what might happen in the meantime.

Winglets, or strakes, to give them their correct aerodynamic name (a strake is longer than it’s wide; a winglet is wider than it’s long) have been around for ages: Mike Hailwood’s Suzuki RG500 wore them when he won the 1980 Senior TT.

The strakes used by Hailwood and by fellow RG rider Barry Sheene gave more downforce to increase front tyre temperature (sometimes useful, sometimes not) and improve high-speed stability, at a small cost to top speed. Suzuki’s strakes measured about four centimetres in width and 30 centimetres in length and didn’t stay around for long. Yamaha experimented with similar-sized strakes in the 1990s, again in the early days of MotoGP, and is having another go now, though it doesn’t seem that convinced.

Thus Ducati is the first factory to work seriously in this area, with the latest Desmosedici sprouting four massive strakes. The main idea is to reduce wheelies, which cost both time and effort, without involving the anti-wheelie electronics that work by dialing out much-needed torque during acceleration. It’s a clever idea, especially in MotoGP’s new era of lower-tech rider aids. 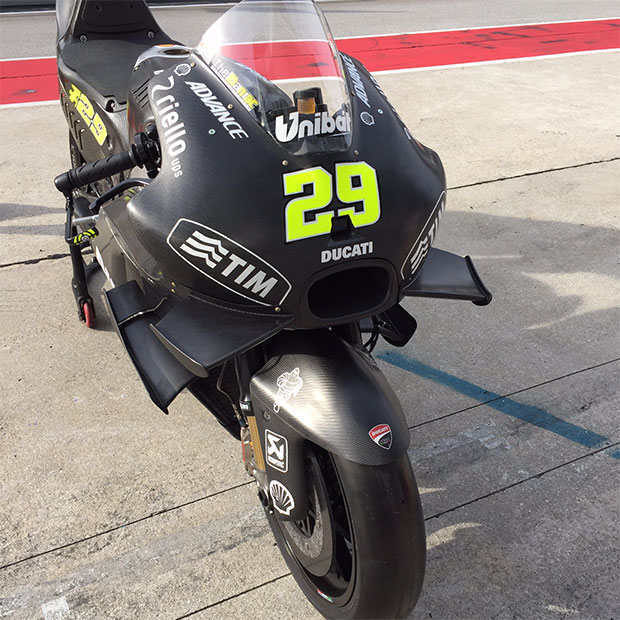 But perhaps there’s more to it than that. Legendary Formula 1 car engineer John Barnard – who worked with Team Roberts in MotoGP for several seasons – was keen to investigate the possibilities of using aerodynamics to improve cornering performance, rather than just straight-line performance.

“When you’ve got 60 degrees of lean you’ve got a lot of the fairing close to the ground, so what’s that doing?” he said. “And what could it do is another question…”

So maybe Gigi Dall’Igna is hoping for more than improved acceleration with his carbon-fibre strakes.

From the archive: “Desmodromic valvegear” by Keith Howard (December 2007).

So much for the technology. What about the reality?

Many racers like to remind us that racing is rubbing, and we’ve all seen scraped bodywork and smears of tyre rubber on leathers at the end of a close-ridden race.

So is it a good idea to attach extra protuberances here, there and everywhere? (Current rules also allow winglets on seats.) Because if there’s more stuff to get tangled up with, more riders are going to get tangled up.

Ducati’s rivals already know the strakes improve acceleration, so how long before all factories fit similar kit? And then what happens when the pack charges into the first corner, a couple of leading riders collide, their strakes snap off and fall into the path of those behind? Or what happens when a couple of riders sweep into a high-speed corner side by side and a strake snags a rider’s knee, pushing him off course or even knocking him off?

Corners aren’t the only problem. Last year at Phillip Island one MotoGP rider voiced his concerns about the ‘dirty air’ created by the Ducati at high speeds, making his bike worryingly difficult to control as he sat in the Duke’s slipstream at 210mph/340kmh.

New rules were recently introduced to reduce the dangers after a Ducati mechanic cut his head on a strake; so this year all strakes must have 5mm diameter curved edges. And Ducati have been told that if any rider attempts to continue racing with a damaged (and therefore razor-sharp) strake – after a fall or a collision – he will be black-flagged.

Soon the problem could spread beyond MotoGP, with some Moto2 and Moto3 teams planning to fit strakes. Can you imagine a ten-man Moto3 battle with added strakes? No wonder Dorna, the FIM, IRTA and rival factories are worried.

It surely makes no sense to introduce new dangers to an already dangerous sport. One aspect of racing history is how bikes have evolved to improve safety, one part at a time.

Ball-ended clutch and brake levers were introduced in the 1950s after numerous gory injuries. From the 1980s fairing screens had to have round edges, after a rider had his throat slit when he fell. Ball-end footpegs followed after further grisly incidents.

So-called secondary sumps were introduced when four-stroke racing took off in the 1980s. Various riders came up with the idea of redesigning the fairing lower to retain engine oil in the event of a blow-up. I was one of them, after I crashed twice in 1985 due to oil spills: once when a Suzuki GSX-R750 dumped its oil in the middle of the night during the Le Mans 24 hours. The outcome of that accident was more comedy than tragedy – so many of us went down on the oil slick that we were all hobbling around in the darkened gravel trap trying to locate the correct bike.

Who knows how many broken bones and lives secondary sumps have saved?

At the 1994 French GP, Daryl Beattie crashed his factory Yamaha YZR500 and his right foot got caught between the drive chain and rear sprocket. He lost all five toes. I recall visiting him the next morning in hospital in Paris where he was happy as Larry, thanks to the morphine. Now all race bikes must wear a chain guard to prevent similar injuries.

Some years later, Jeremy McWilliams and others had accidents caused by the front brake lever touching another bike or rider, so brake-lever guards were introduced.

These were all fixes applied to problems caused by essential parts of the motorcycle. Bikes need brake levers and footpegs, chains and sprockets, but they don’t need strakes. 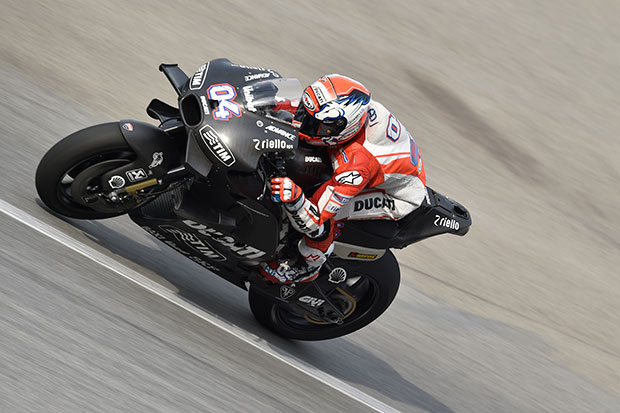 The good news is that strakes will probably be banned at the end of this season. They might already have been banned but for the fact that the MSMA (the manufacturers’ association) was given control of such matters as part of the Dorna/MSMA horse-trading during negotiations to introduce the unified software.

Dorna, IRTA, the FIM and some rival manufacturers want to get rid of them, but because Ducati has spent so much money on development and because the Italian factory currently fills more than a third of this year’s grid, strakes will stay for this season. Most likely the MSMA will vote to ban them from 2017.