Yamaha seems to have left its 2017 woes well and truly behind, while HRC’s Cal Crutchlow suggests latest RCV mods could make the difference 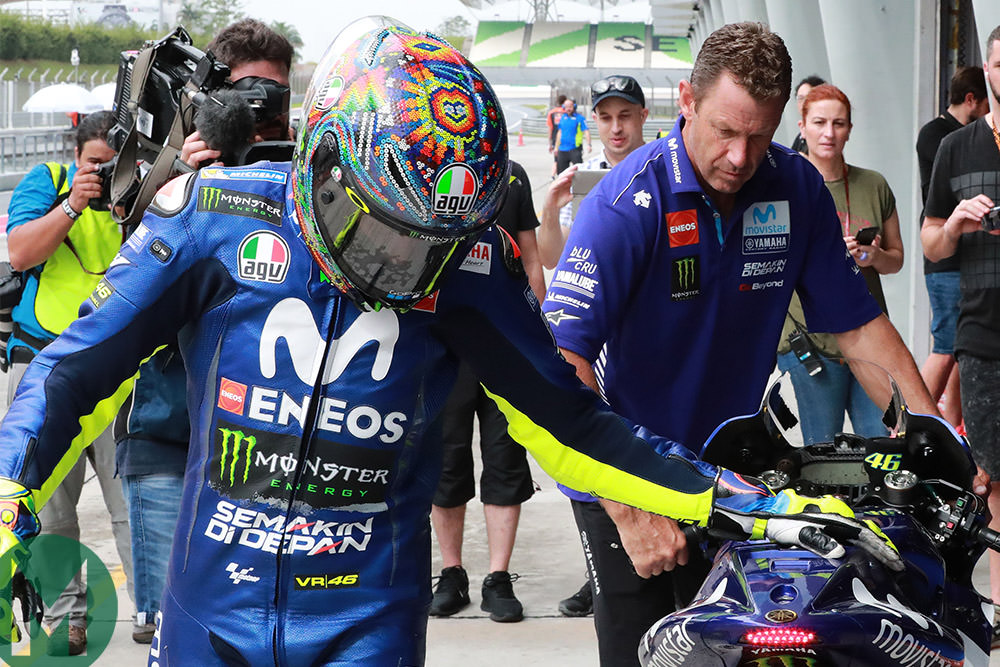 No reason to get too excited just yet – today was only the second of 71 days of MotoGP action scheduled for 2018. And there are still another nine days of testing before anything even goes racing.

But, nonetheless, it’s tempting to wonder how last season might have gone for Movistar Yamaha’s Valentino Rossi and Maverick Viñales, who topped today’s times using what are essentially 2016 chassis in their 2018 YZR-M1s.

Viñales was fastest on day two, 0.035 seconds ahead of Rossi, with the top 12 riders lapping inside two minutes. To put that into perspective: only one rider lapped inside two minutes at last October’s Malaysian GP.

“The best thing is that I did a 20 lap run in good shape – consistent and pushing hard at the end,” said the 23-year-old. “What we need to work on now is the electronics, to make the power smoother at the bottom and more linear, to save the rear tyre when going very quick.”

Rossi was also happy. “We’ve improved our pace with used tyres, this is very important,” he said. “But the fight at the front is very tight, so all the details will count. I also tried Yamaha’s new aerodynamic fairing – it gives better front contact and no negatives.”

Third quickest today was Cal Crutchlow (LCR Honda), working hard for HRC with three complete bikes in his garage. The Briton did slide off, like several others, but ended the day feeling positive. “We are trying to make the bike easier to ride,” he said. “So far the lap times are coming quite easily, which is good.”

Jorge Lorenzo, fourth, improved with a fast lap on his Ducati in the cooler conditions, just before the chequered flag came out at 6pm. “I wasn’t going for a fast lap,” he insisted. “That will be more important tomorrow.”

Pramac Ducati rider Jack Miller was the surprise of the day in fifth, just one hundredth of a second behind Lorenzo and three hundredths ahead of reigning champion Marc Márquez in seventh (Repsol Honda). 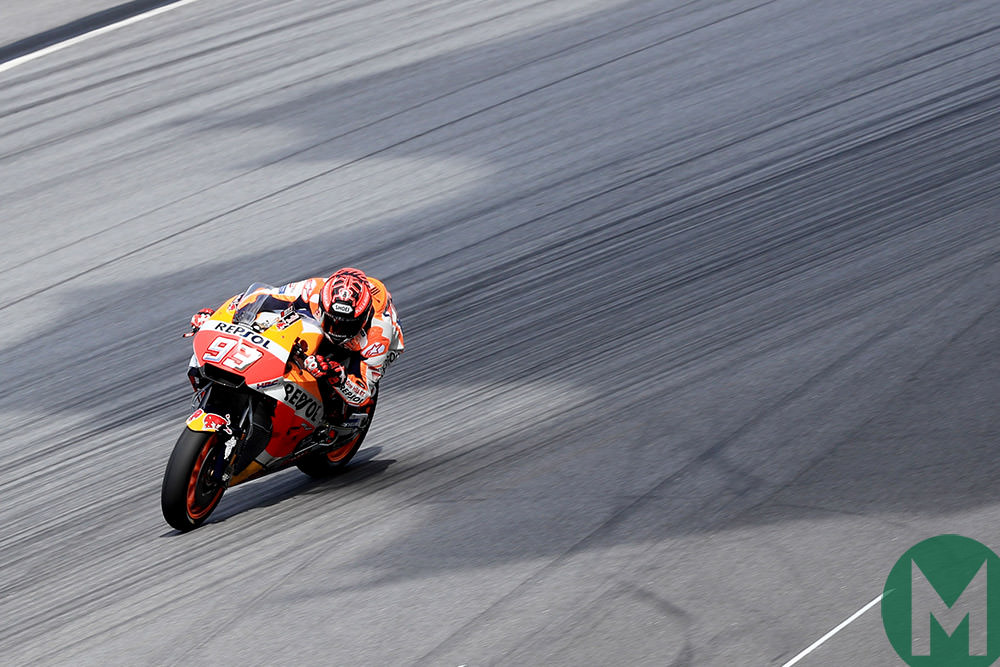 “We are working hard here because we have three different engines: the 2017 engine, the new engine we tried at the Valencia tests and another,” said Márquez. “We’ve pretty much stopped with the 2017 and I’m mostly riding with the latest: it’s got more top power, which is important here, but we need to focus on how it is in the corners. I also tried the new aero fairing. It stops the wheelies and gives better braking stability, but it makes the bike heavier to steer. It changes the whole balance of the bike, so we must work on this.”

Yamaha ended the day smiling, but those at the squad must be scratching their heads at the speed of 2017 rookie Johann Zarco, who had been fastest when the track was at its hottest; normal race conditions, in other words. Zarco, sixth, topped the times this afternoon before the sun dropped behind the horizon, because he’s only interested in turning laps in race conditions.

“I was very constantly fast, which is the most important here, but I still need to try to go faster, because I did my best time with soft tyres and a low fuel load,” said the Frenchman. “The main thing, however, is to stay calm, keep preparing and take the right decisions.”

Most riders will try race simulations tomorrow, the final day before the next tests in Thailand later this month. But not everyone: Rossi doesn’t think he is fit enough because the leg he broke last year still prevents him from full-on training; Crutchlow won’t because he thinks race simulations give his rivals too much information.

The top Suzuki was that of Andrea Iannone in 10th, 0.562sec off Viñales, while the fastest Aprilia was Aleix Espargaró in 11th, 0.572secs off the pace. Aprilia counterpart Scott Redding was 23rd. Pol Espargaró was the fastest KTM rider down in 14th, nine-tenths off Viñales and two places ahead of team-mate Bradley Smith.