There are lies, damned lies and statistics, so the old saw goes.

But there are fundamental truths in numbers, too.

He wanted to race more than anything else. 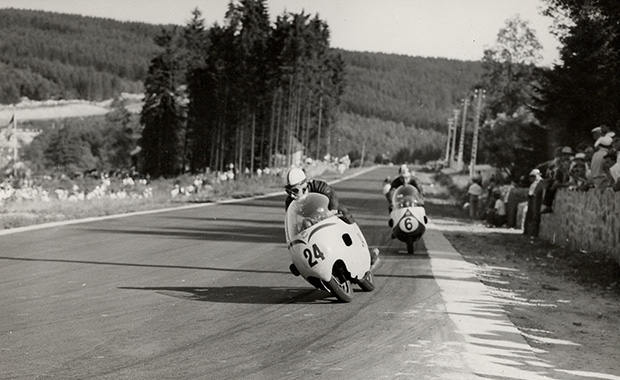 Though that was sufficient to secure a double hat trick of 350cc and 500cc world titles with MV Agusta, it wasn’t enough for Surtees.

That 14 is more telling than the nine.

Boss Count Agusta had his ace on an increasingly tight leash. Though this paid dividends in the short term – Surtees was unbeaten, repeat, unbeaten in his 25 GPs of 1958-59 – it was a miscalculation.

In December 1960, the seven-time world champion, at just 26, announced his retirement. 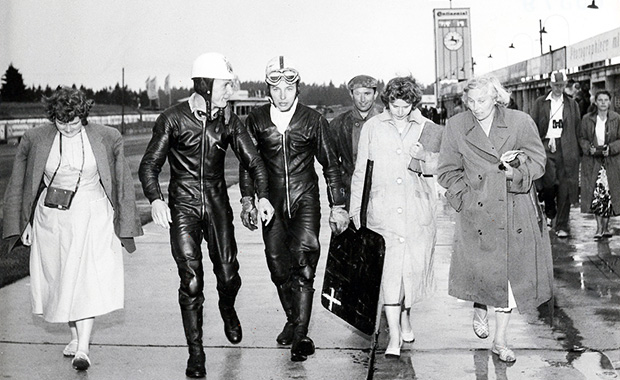 There never had been a silver spoon. His tight-knit family made sacrifices to help its talented eldest achieve and, after a decade of unmatched achievement, it was perhaps time to consider the future.

Even after signing with MV for 1956 – as with Moss, British inertia finally forced him to ‘go foreign’ – Surtees saw his engineering apprenticeship through.

Now he was considering concentrating on his motorcycle business.

Surrounded by bikes and their engineering his whole life, the scene’s community spirit had helped the quiet, shy boy emerge from his shell. He felt appreciated, supported, fulfilled. 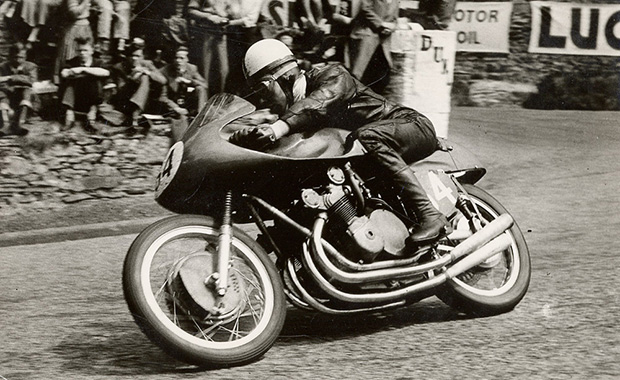 Yet such was his eventual dissatisfaction with an increasingly inflexible MV – and so compelling was his need to race – he plunged into a scene about which he knew nothing and within which he knew hardly anyone.

Plus motor racing’s welcome was far from universal. This paddock was a colder place.

It didn’t help that he made the transition appear easy. The lines and methods were different, but that balance, co-ordination, feel and will held him in outstanding stead.

“I didn’t have the same relaxed feeling I had got the first time I sat on a bike,” he says.

The first car race he ever saw, he was in; he set pole and finished a close second to the Lotus of fast-rising Jim Clark at Goodwood in March 1960. 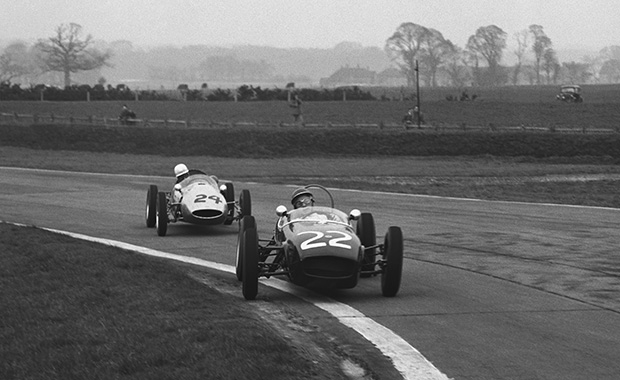 Just six months later he would have won a GP but for an oily shoe slipping from his works Lotus 18’s brake pedal at Oporto.

He was about to lap Moss at the time.

“It was a wrench to leave bikes, but I had nothing more to prove,” he says. “Cars, in contrast, opened new opportunities. I also felt I had unfinished business because of what happened in Portugal.

“With cars, I had to concentrate much more because, frankly, I had never done it before.

“Yet I made more mistakes out of the cockpit.”

For instance, he should have brazened it out at Lotus at the end of 1960. He left due to the stink caused by Colin Chapman’s bungled dismissal of Innes Ireland. 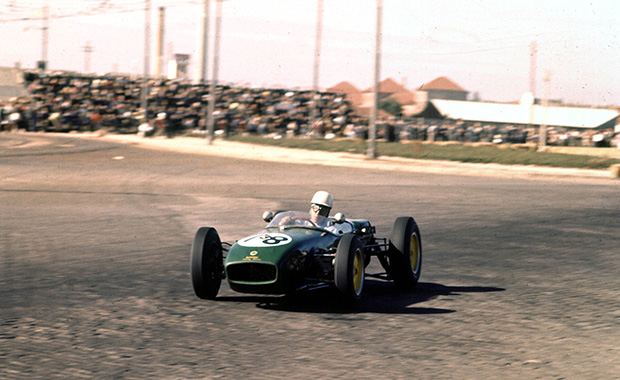 And probably he should have toughed it out at Ferrari in 1966. He left – he will never say exactly why – while the more expendable Machiavellian team manager Eugenio Dragoni stayed.

For a maddening few more months.

MV – where newcomer Surtees was wordlessly assessed by its black-veiled Contessa – had been a calm ship compared to car racing.

And political waves did not ultimately suit Surtees. It even contributed to illness. (He decided to end his team’s F1 participation, at the end of 1978, from a hospital bed.) There was still no silver spoon and finding and/or retaining sponsorship was never a forte.

As a result, the wins did not possess the same irresistible flow that had swept his bike career along.

But motor racing did provide him with a unique opportunity – and honour – 50 years ago this week. 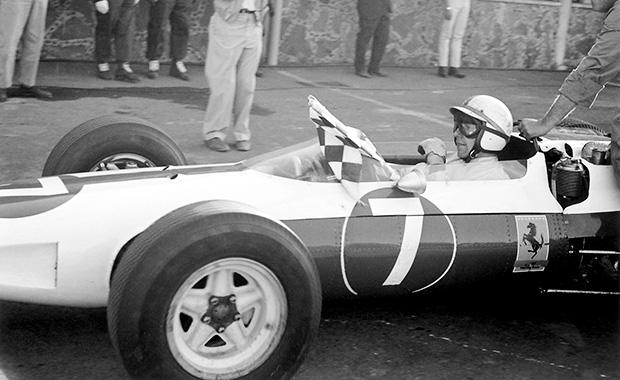 Despite arriving in Mexico as the outsider in the three-way F1 title showdown with Clark and Graham Hill, circumstance and a gritty recovery driver from a misfiring first lap, saw him become the only – and surely always to remain so – world champion on four and two wheels.

If, as is commonly held, Mike Hailwood and Clark were superior to him in these respective spheres, it’s hardly surprising that also those same men should be reckoned by many who saw them to be the greatest of each.

That’s how good he was.

His car stats, however, do mislead. 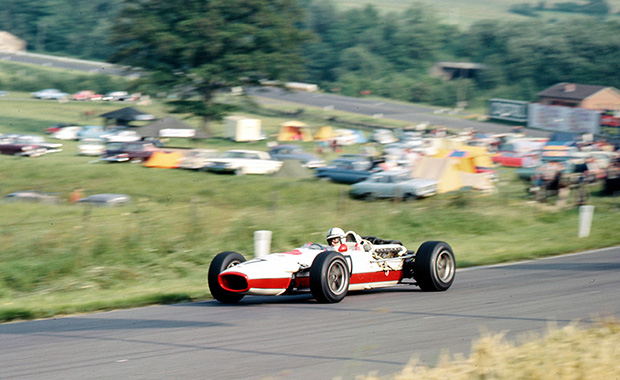 “If I had concentrated more on sitting my bum in the best available seat rather than tackling the challenges I did, I would have done much better for John Surtees, racing driver.

“But I don’t suppose I would have changed any of it. As with all these things, even those that went wrong, there are relationships and memories you wouldn’t have wanted to miss.”

And that goes way deeper than numbers.