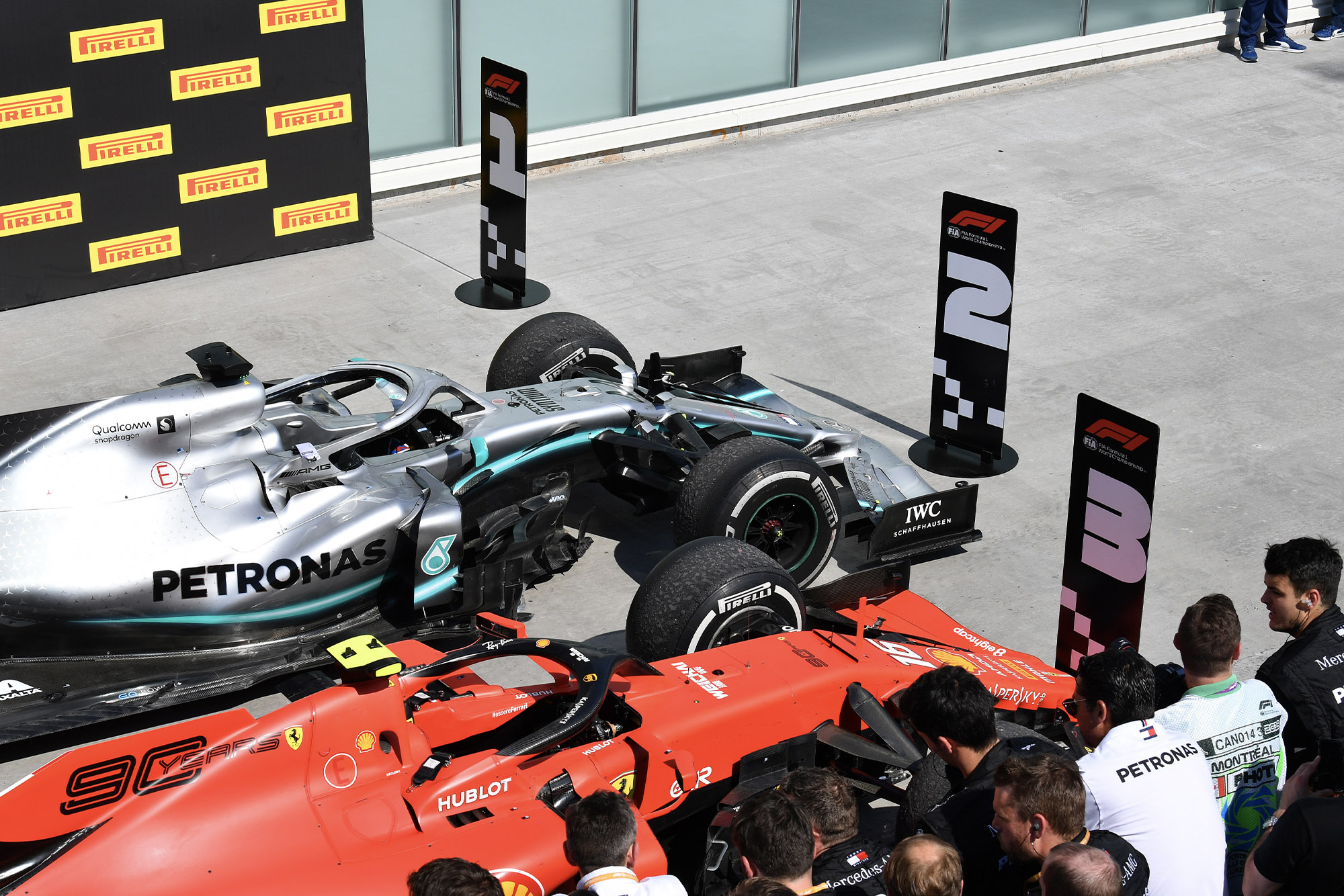 Sebastian Vettel corrects what he felt was an injustice Photo: Motorsport Images

It was a race that was surrounded by controversy as Sebastian Vettel crossed the line first, but Lewis Hamilton took his seventh race win in Canada.

The two champions lined up on the front row alongside one another and the Ferrari maintained the lead in the opening exchanges.

Hamilton fended off Leclerc for second and the leading pair’s pace meant it was soon a two-man battle for the race victory.

The W10 struggled in the dirty air of the Ferrari, but Hamilton stuck to Vettel and maintained a reasonable gap as the pit stops played out. 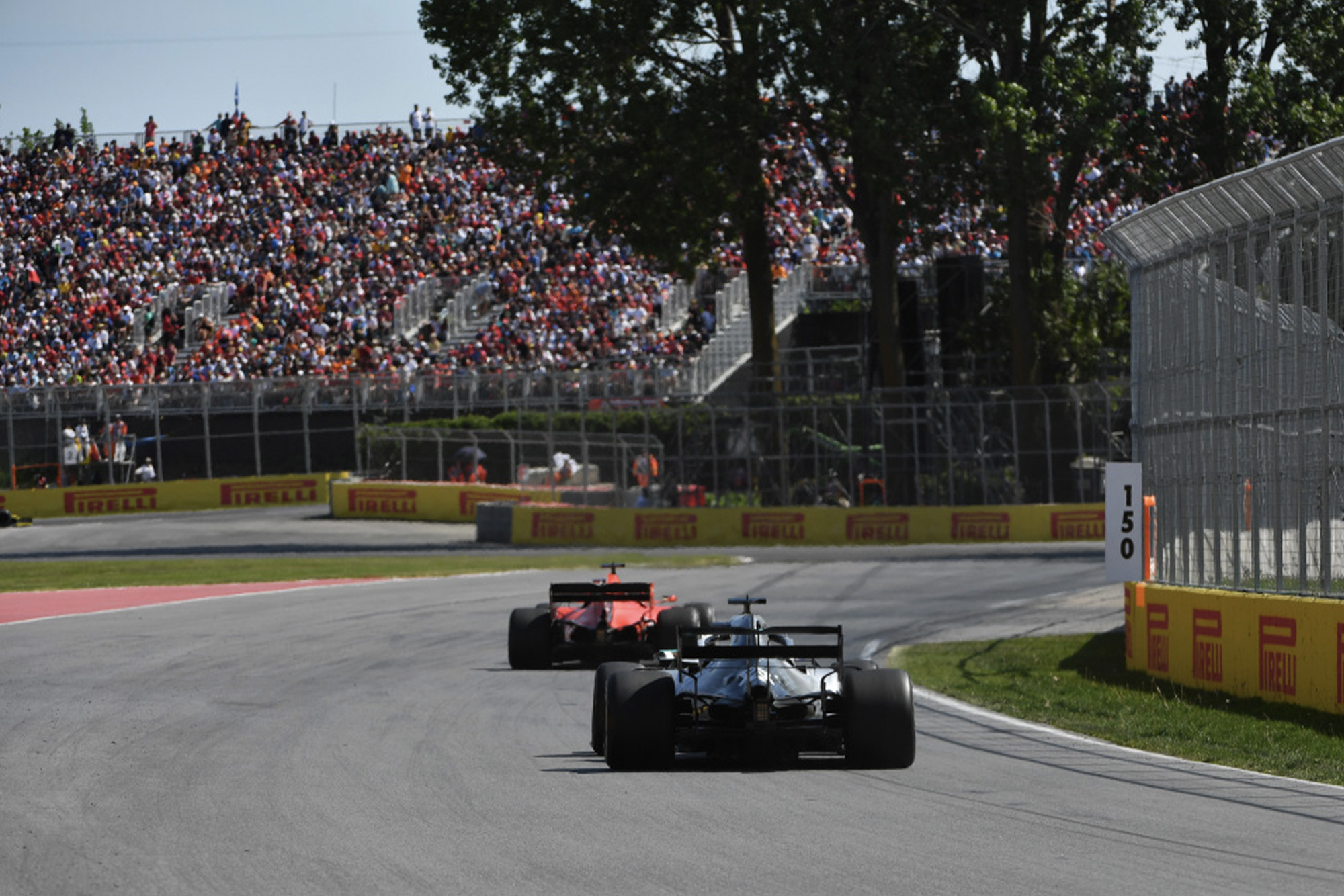 After the pit stops had been completed, it was a straight fight to the finish between the two for the win.

Hamilton pressured Vettel relentlessly, closing the gap to just over a second but struggled to break into the one-second window.

Lap 40 looked to be the moment as Hamilton edged to within DRS range, but a small lock-up at the hairpin undid his hard work for the time being.

Eight laps later and the race-defining moment occurred. Under constant pressure from behind, Vettel locked up his brakes approaching Turn Three, skipped across the grass and squeezed Hamilton up against the outside wall on re-entry, maintaining his lead while doing so. 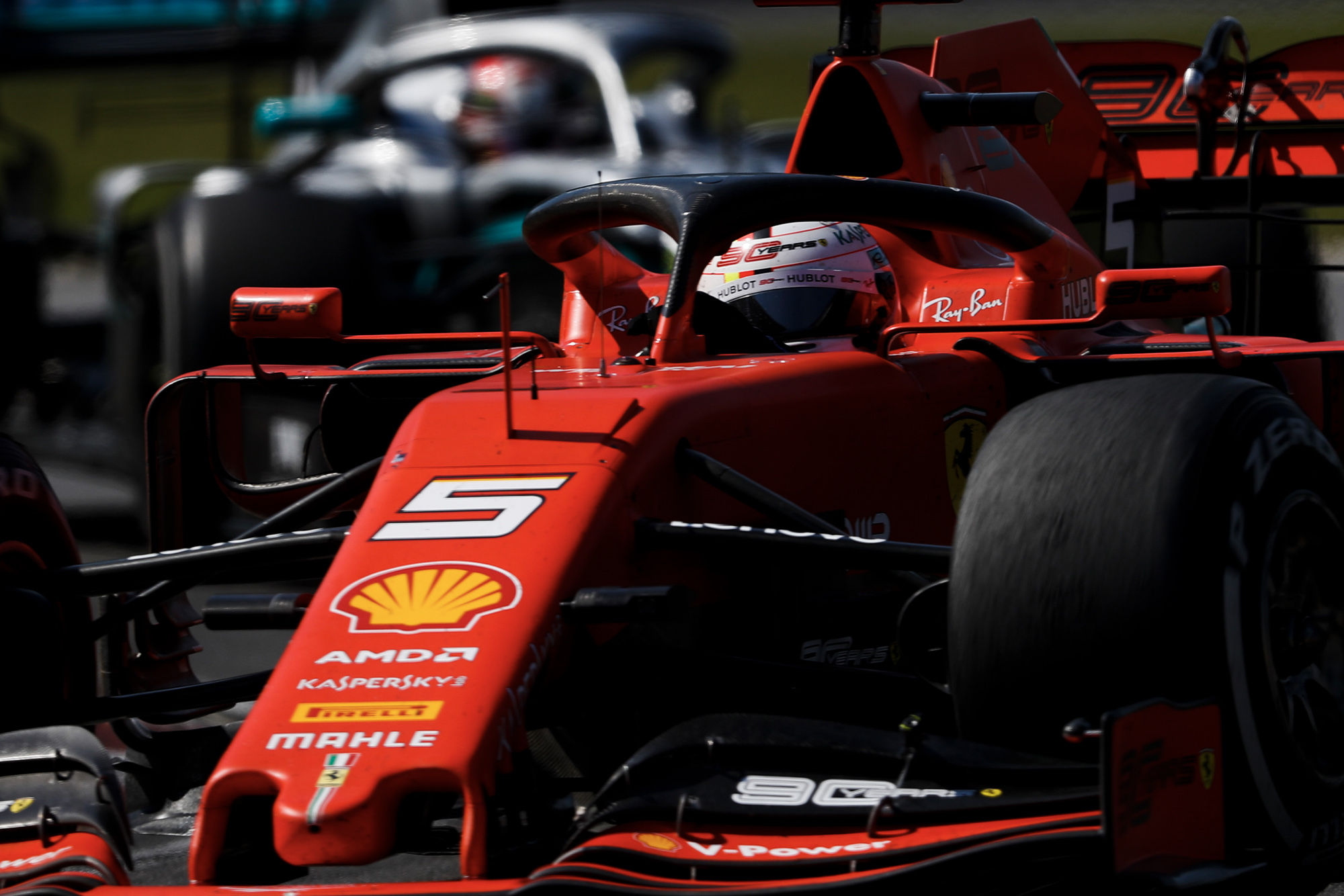 The incident earned him a five-second penalty for dangerous re-entry and forcing another driver off-track.

Hamilton stayed within five seconds comfortably to take the win as Vettel complained the stewards were “stealing the race” away from him.

Furious, he parked his car outside of the top three rostrum and had to be coaxed into joining the podium party, not before swapping the 1st and 2nd boards around in front of his and Hamilton’s cars.

Ferrari appealed the decision post-race but there was no overturning of the decision with the evidence presented deemed not significant.