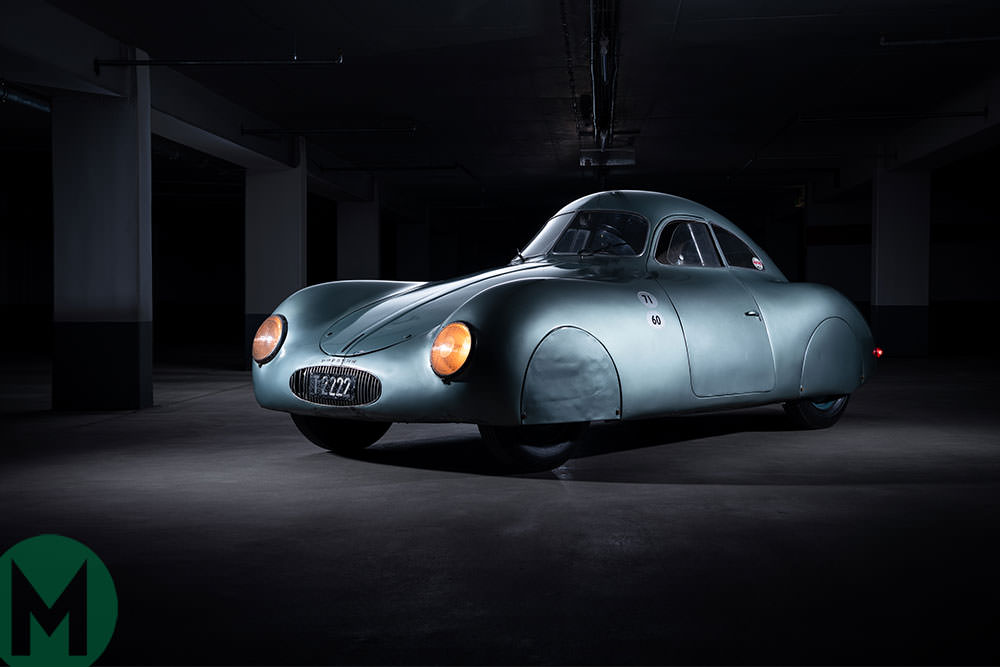 A car billed as the first Porsche in existence has failed to sell at auction, after a farcical sale where the bid price was overstated by $53million (£43.3m).

The Type 64, created by Ferdinand Porsche in 1939, has been predicted to sell for up to $20m(£16.4m), but bidding stalled as the pricing error was displayed on the screen at the RM Sotheby’s Monterey sale.

The auctioneer’s accent was blamed for the apparent misunderstanding, which showed the bidding at $70m (£57.4m), rather than the actual price of $17million (£13.9m).

Realising the error, the auctioneer clarified he had been misheard and the screen was corrected, to a chorus of boos. There were no further bids and it is understood that the price failed to meet the reserve.

“As bidding opened on the Type 64, increments were incorrectly displayed on the screen, causing unfortunate confusion in the room,” RM Sotheby’s said in a statement to Bloomberg. “This was the result of a totally inadvertent and unintentional mistake.”

The company went on to say: “Despite interest from discerning collectors, we were unable to reach common ground between seller and buyer on the night.”

The Type 64 was built at the behest of the German government in 1939, when it was looking to promote its power by winning a road race.

A 1500km Berlin to Rome endurance trial would be a showcase for Germany’s new high-speed autobahn. It would also be a marketing tool for the nation’s new, supposedly affordable family car: the KdF-Wagen, now better known as the predecessor to the Volkswagen Beetle (Type One).

The car for the masses was to be driven on a route for the masses, although the vehicle’s creator, Professor Ferdinand Porsche, was tasked with enhancing it for the race.

Engineers who transformed the bug-eyed KdF-Wagen, including Ferdinand’s son Ferry, created what some see as the first Porsche in existence: the streamlined Type 64. After the war, they would go on to engineer the Porsche 356 – the first commercial model.

The car’s suspension and drivetrain were the same as that of the Volkswagen Type One but the Type 64 used alloys for its chassis and body, much like the Luftwaffe’s planes, and the car’s flat-four engine was uptuned to 32bhp at 3500rpm with the potential to exceed 100mph.

By the summer of 1939, the Type 64 was primed for the Berlin-Rome race with two more on the way. But the actions of the Nazi government meant that the race would never take place. War was declared on September 1.

As the government now wanted manufacturers to produce military vehicles, there was no room for sports cars and the first Type 64 was property of the German Labour Front. 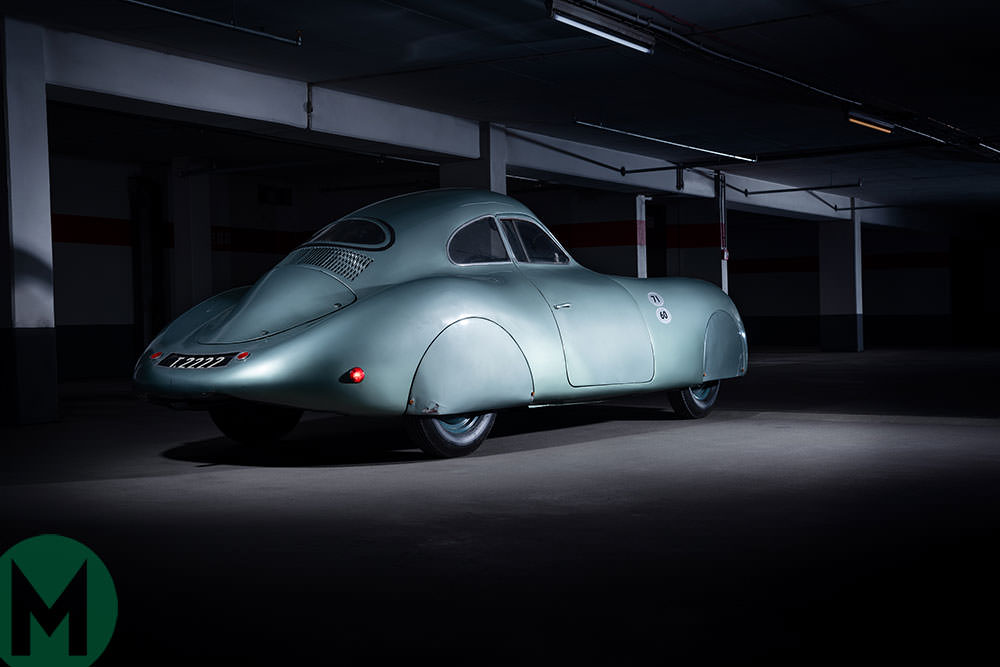 Ferdinand’s son, Ferry, persisted and produced the other two Type 64s, one completed in December 1939 and the second in June 1940, although the latter was damaged in an accident involving Volkswagen’s managing director.

The third Type 64 to be built, though damaged, was the only one to survive World War 2, as the second was apparently destroyed by American troops. Once the third Type 64 was repaired, Ferry and Ferdinand Porsche drove the car frequently and then displayed it at their house in Austria after the war with a new Porsche badge fitted to its nose.

A young Pinin Farina restored the car in 1947 and then Porsche showed off the Type 64 and the production sports car that was to follow – the 356 – at Innsbruck. Otto Mathé, an Austrian racing driver and rider, purchased the Porsche in 1948 and competed in it in various rallies, becoming one of the first drivers to race in a Porsche.

Mathé passed away in 1994 but the car was in his ownership, only changing hands again in 1997. Its third owner Dr Thomas Gruber – a renowned Porsche specialist and historian – competed with the Type 64 in various vintage and historic racing events.

Marcus Görig, RM Sotheby’s car specialist, claims that this is the most significant Porsche to exist.

“This is Porsche’s origin story, the car that birthed the company’s legend, and it offers collectors what is likely an unrepeatable opportunity to sit in the seat of Ferdinand and Ferry Porsche.”

Gord Duff, global head of auctions at RM Sotheby’s, said: “The Type 64 helped define what a sports car is today, and it carries many of traits we’ve seen throughout seven decades of Porsche production and still see in some of the marque’s most sought-after contemporary models. “

It still sports a patina and original spare parts, documents and images and all of its significant components have been confirmed as original by RM Sotheby’s.