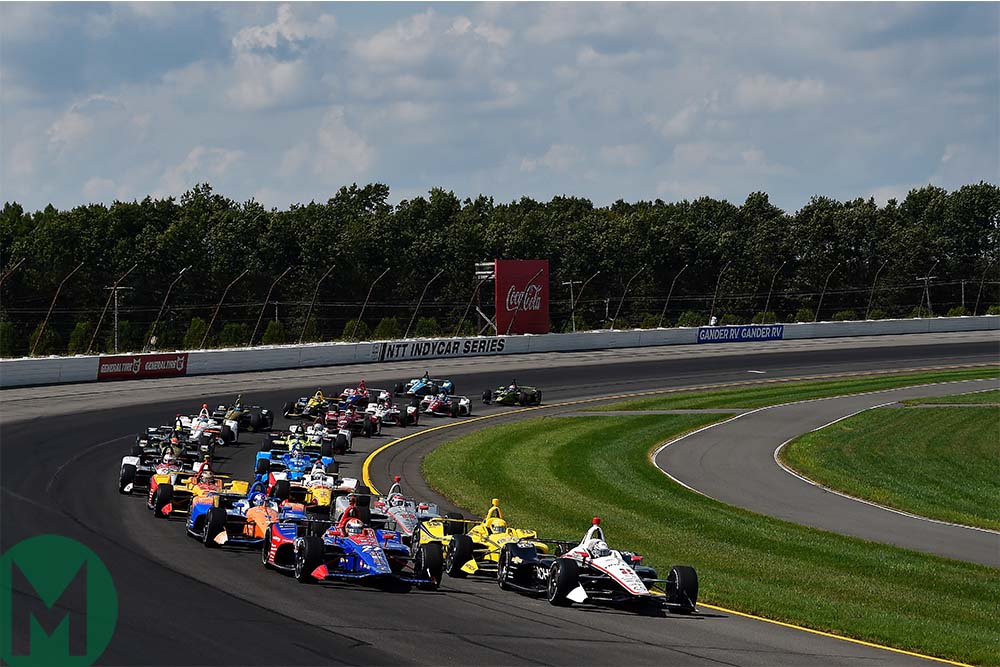 Will Power wins a rain-shortened ABC Supply 500 but a first-lap crash that wiped out five cars on the spot is what the race will be remembered for. Just a year on from Robert Wickens’ frightening crash, Pocono plays host to yet another huge crash that results in a red flag to carry out repairs to catch fencing. Power snatches the race lead on lap 115 from Scott Dixon and on lap 128 the rain arrives. Dixon, Simon Pagenaud, Santino Ferrucci and Josef Newgarden round out the top five.

Honda takes a clean sweep at Thruxton with three wins from three at Thruxton. Sam Tordoff wins from pole position in race one, leading from lights to flag. Josh Cook wins race two for BTC Racing before Dan Cammish wins his first race of the 2019 season.

Denny Hamlin denies Matt DiBenedetto his first NASCAR Cup Series victory and wins in Bristol. DiBenedetto looks set to take the win under the floodlights until he comes across a stubborn Ryan Newman. In an attempt to lap the driver of the No. 6, DiBenedetto makes slight contact with Newman, allowing Hamlin to close right in and steal the lead away in the final stages of the race.