Watch highlights from a thrilling weekend of action including MotoGP and IndyCar races with winning margins of less than 0.1sec and NASCAR Xfinity racing from Road America 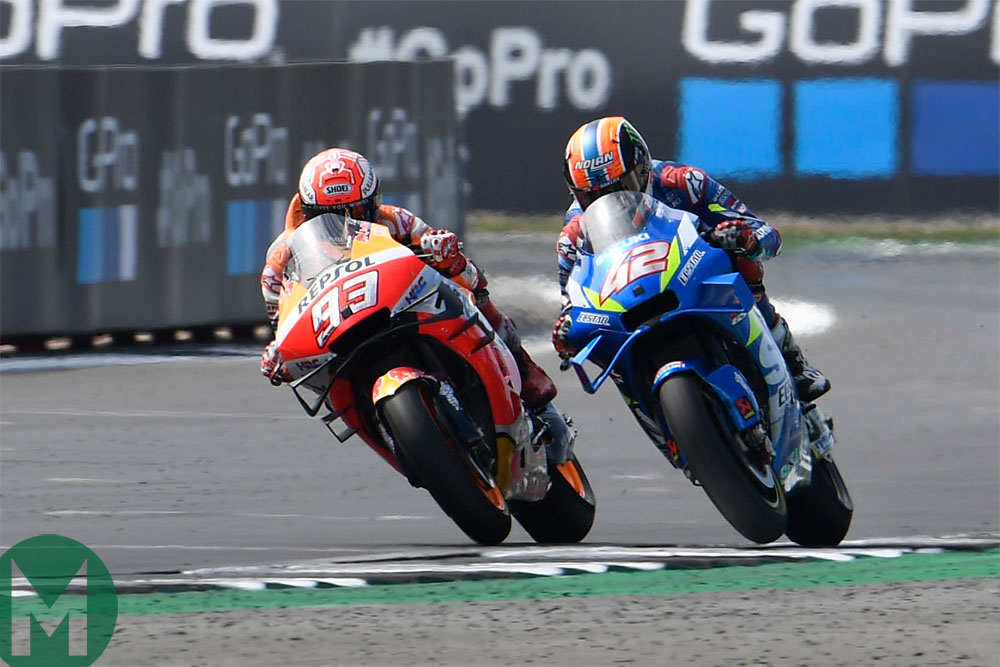 Alex Rins wins a thrilling race at Silverstone from Marc Márquez by just 0.013sec. Fabio Quartararo and Andrea Dovizioso suffer a dramatic crash on the opening lap into Copse but both riders were able to walk away. Rins completes an audacious pass coming out of Woodcote on the final lap to steal victory from the championship leader, having set up the move on the penultimate tour.

Takuma Sato holds off Ed Carpenter by 0.039sec to take victory at Gateway in the final oval race of the 2019 IndyCar season. Championship leader Josef Newgarden spins coming out of the final corner, falling from fifth to seventh. Ex-Formula 2 driver and IndyCar rookie Santino Ferrucci equals his season-best finish with a second straight fourth-place finish.

Christopher Bell takes his first-ever victory at a road course in his Xfinity Series career, surviving a late-race restart and the threat of Austin Cindric and Tyler Reddick. Cindric fights back from 20th position on the final restart on his way to second place.

Ott Tänak extends his championship lead, winning the ADAC Rallye Deutschland in a clean sweep of the podium for Toyota. Brake problems late on don’t stop the Estonian from winning in Germany and extending his lead to 33 points in the championship over Thierry Neuville, who finishes fourth overall.