Watch motor sport highlights from an IndyCar race at Mid-Ohio that was won by just 0.0934 seconds, NASCAR Cup Series racing from Pocono and Porsche Supercup action from Hockenheim. 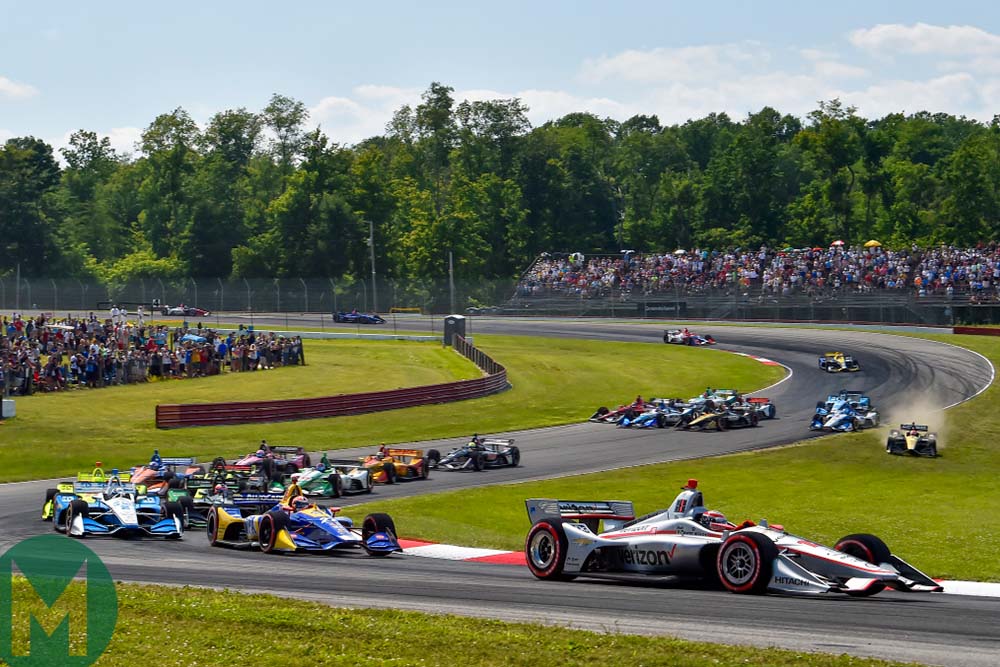 Scott Dixon takes his second race victory of the 2019 season from rookie team-mate Felix Rosenqvist in a close finish at Mid-Ohio. The five-time IndyCar champion holds off Rosenqvist in a run to the line by just 0.0934sec, making it the third closest finish at a road course in the series’ history. Ryan Hunter-Reay equals his best finish of the season with third.

Denny Hamlin scores his third race win of the season in overtime at Pocono. The driver of the No. 11 manages his fuel mileage to perfection to pick up the win at the “Tricky Triangle”. Erik Jones makes it a close finish in second and with Martin Truex Jr in third place, it was a Joe Gibbs Racing one-two-three.

Dylan Pereira makes the most of the changeable conditions at Hockenheim to take his first win in the Porsche Supercup series. The safety car is called upon twice and a surprise downpour leads to the race being stopped after multiple cars aquaplane off of the track at turn two.