Watch motor sport highlights from another MotoGP last-lap thriller, BTCC drama, WRX and NASCAR, plus clips from the 2019 Goodwood Revival 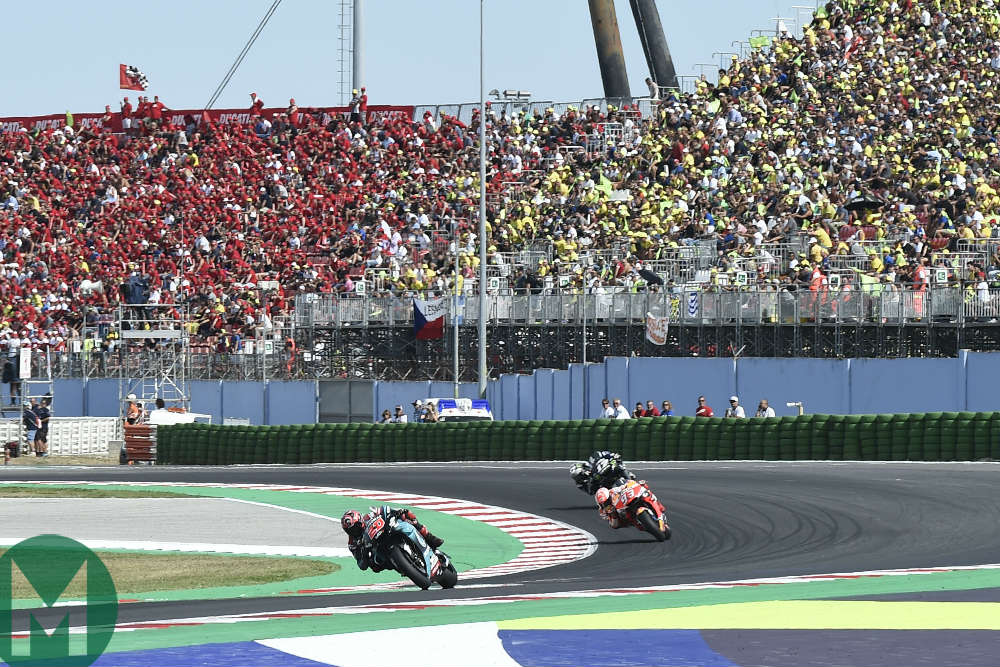 Marc Márquez banishes the memories of rounds 11 and 12 and overtakes Fabio Quartararo in a final-lap duel to win at Misano.

Timmy Hansen takes the lead of the championship heading into South Africa, one point ahead of Andreas Bakkerud. It sets up a titanic finale in the closest fought championship in the series’ history.

Martin Truex Jr takes his fifth win of the season in the first Playoffs race to book his place in the second round. Joe Gibbs Racing team-mate Kyle Busch endures a nightmare evening and ends 19th after contact with the wall.

Loïc Duval, Andre Lotterer and Karun Chandhok all star on the final day of this year’s Goodwood Revival, with touring cars and Coopers the order of the day as the celebrations of historic motoring came to a close.