A 4.5-litre V12 Delahaye, which challenged Germany’s dominance of motor sport in the 1930s, will be on display at this year’s Salon Privé show at Blenheim Palace

The Delahaye 145 won the Million Franc prize, put up in 1937 by the French government, for a team that could field a car with the pace to beat the Mercedes and Auto Union teams, which were funded by the Nazi government.

It went on to beat Mercedes at the 1938 Grand Prix de Pau, followed by a win at the Cork Road Race, and a fourth-place finish in that year’s Mille Miglia.

Now owned by the Mullin Automotive Museum in California, it is being transported to Britain for September’s Salon Privé show.

Germany’s plans for dominance in the 1930s included victory in motor sport and the government distributed 450,000 Reichsmarks (about £2.5 million in today’s values) to be shared between the Mercedes and Auto Union teams.

A string of victories followed. 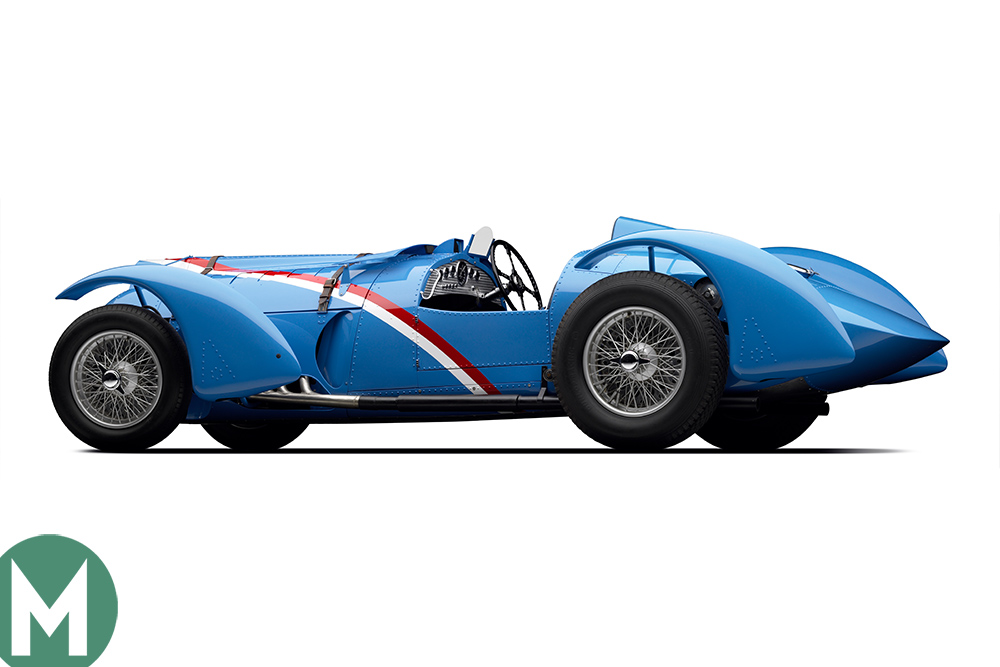 In 1937, the resistance to this success was led by the French government, which put up a prize of a million francs for any French manufacturer that could produce a car with the speed and reliability to compete with the Silver Arrows.

The benchmark used was the lap record set by Louis Chiron in a Tipo B Alfa Romeo at the Montlhéry track in 1934.

The winning car wouldn’t just have to beat the speed of 146kph over a single lap, but record a higher average speed over 16 laps, or 200km.

The Delahaye attempt was led by Lucy O’Reilly Schell, a New York heiress with a $5m fortune, who had been the first American woman to drive in an international Grand Prix, and a member of the Delahaye rally team. She was assisted by her husband Laury.

Her Ecurie Bleue team put an early order in for the V12 Delahaye 145, which would be built to new 1938 formula regulations, and recruited the experienced French driver René Dreyfus, who had been blacklisted from German teams because of his Jewish surname. 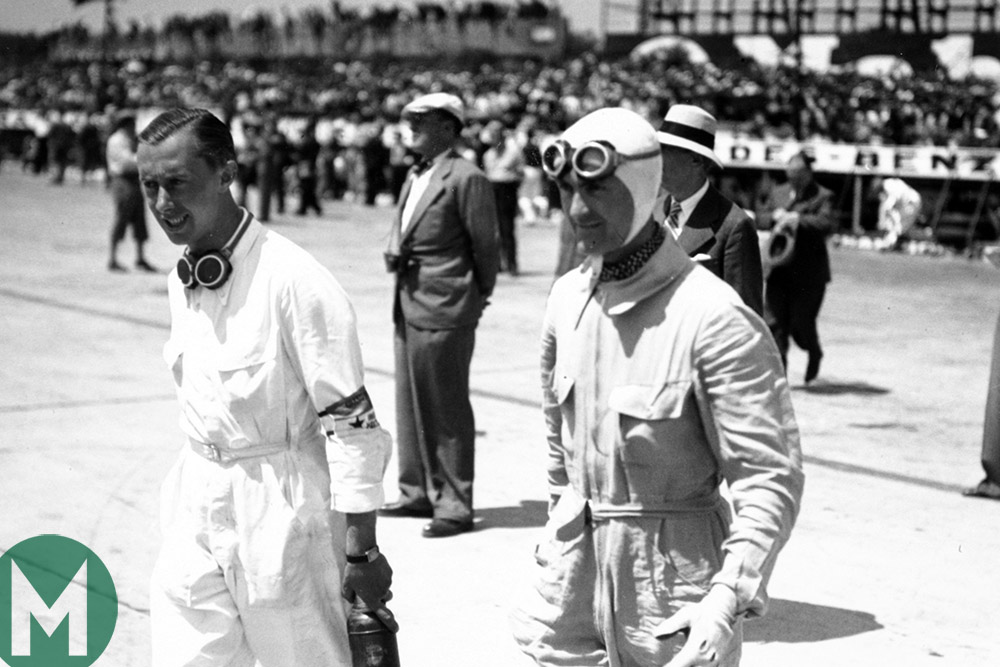 The car was first tested in June 1937, when its design caused a stir. “It was the most awful-looking car I ever saw,” said Dreyfus later.

But the 4.5-litre V12 car’s pug-nosed design was the result of wind tunnel testing, and the low and smooth lines increased speed, as well as fuel efficiency.

The Prix du Million attempt to place on 27 August 1937 at Montlhéry with Dreyfus facing Jean-Pierre Wimille in a Bugatti, who was also targeting the prize.

The superiority of the design became apparent at the first Grand Prix of 1938, in Pau, where Dreyfus faced the Mercedes of Rudolf Caracciola. 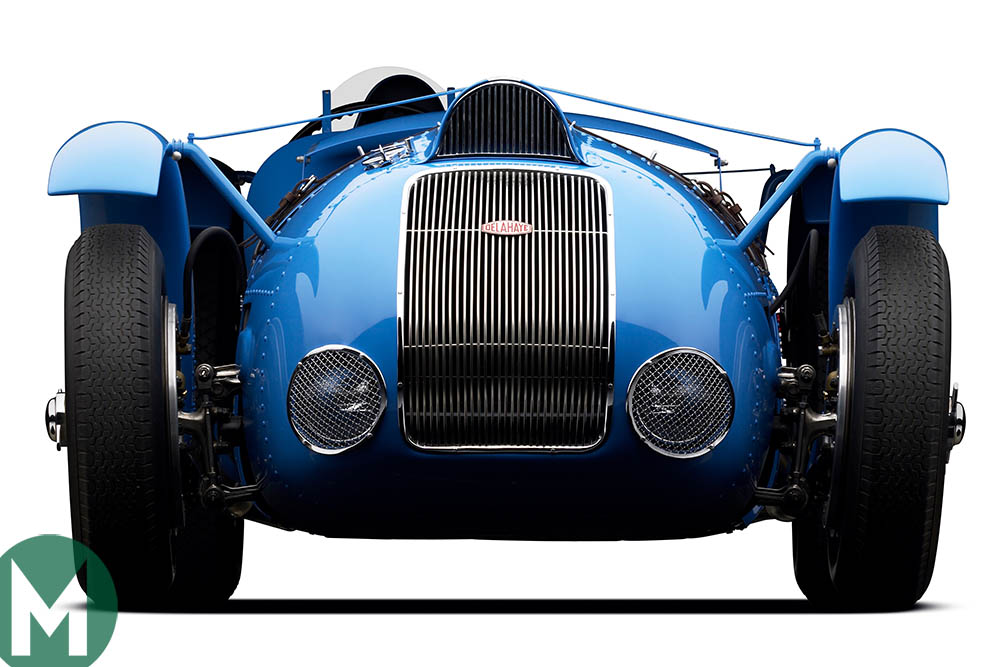 The Silver Arrow was fast, but thirstier than the Delahaye, and Caracciola knew that he needed to build a lead over the Dreyfus to allow a fuel stop that wasn’t required for the French car.

He couldn’t: the nimble Delahaye kept up with the Mercedes and sailed past when it stopped for fuel, and Dreyfus won by just under two minutes.

The Delahaye’s campaign ended with the declaration of war. It was sold on and lost part of its body for several years before being restored.