Watch Red Bull take pit stops to a new dimension as the team goes for another Formula 1 pitstop record, this time in zero gravity 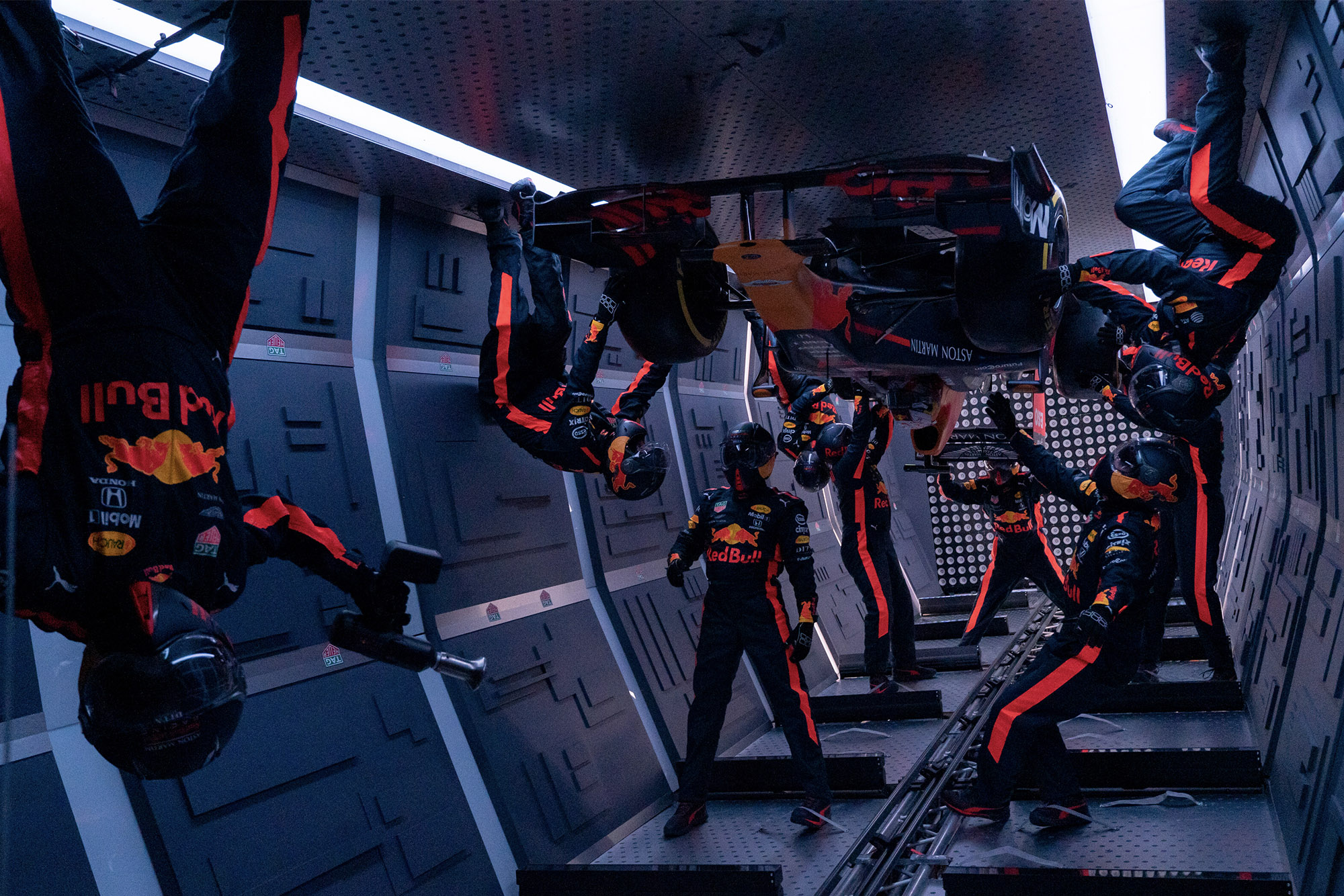 After breaking another pitstop world record during the Brazilian Grand Prix, Red Bull has upped the ante once more and taken their elite pit crew into uncharted territory.

Having performed a 1.82sec pitstop, servicing Max Verstappen during a crucial phase in his eventual race victory, the team has taken to the sky in its latest stunt to perform a pitstop in zero gravity.

On board an Ilyushin Il-76 MDK cosmonaut training plane at an altitude of 33,000ft, watch the Red Bull crew perform a pitstop when gravity is put on hold and F1’s fastest pitcrew go to work.

The Red Bull pitcrew have made all five of the fastest pit stops in 2019 so far, and are only rivalled by Williams in the top 10.

Their newest record-breaking pitstop was crucial in securing Max Verstappen his victory at Interlagos. Lewis Hamilton’s Mercedes managed to pass the Dutch driver in the first round of stops by virtue of the undercut.

But, by getting their man out so swiftly after his second stop, Red Bull’s Verstappen was able to rejoin just ahead of his rival, and from that point on would not look back, going on to take his third race victory of the season.