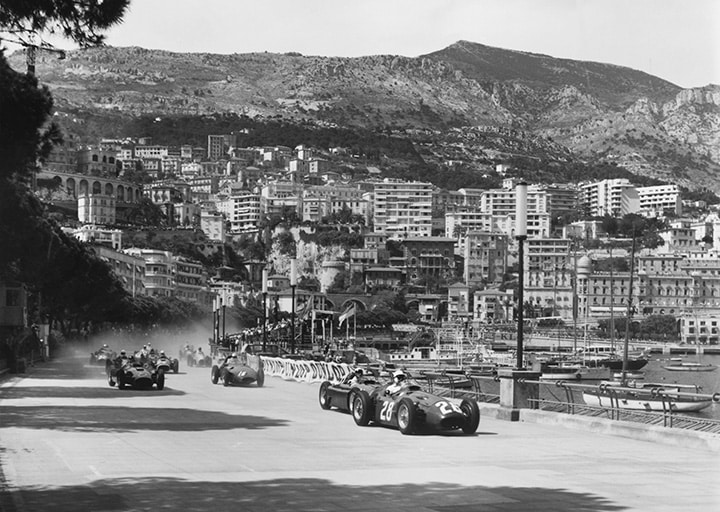 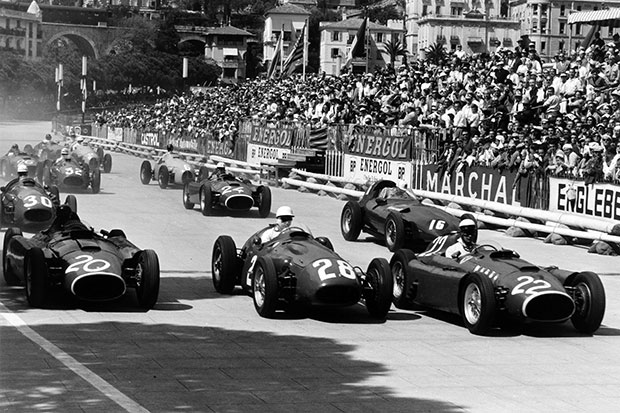 The maestro had been brilliant in practice, comfortably claiming the £100 for pole position around the Principality. But come the race Juan Manuel Fangio would put in one of the most uncharacteristically ragged drives of his career.

Ahead of him, his former pupil from their year together at Mercedes truly came of age. Stirling Moss’s first victory in Monaco, driving his beloved Maserati 250F, is less celebrated than his glorious defeat of Ferrari five years later, but it was a consummate performance nonetheless.

Moss took the lead from the start, seeing off Eugenio Castellotti and Fangio at the Gasworks hairpin, and was never headed thereafter. As for Fangio, he was soon in the wars. He spun at Ste Devote, then in his recovery caused Luigi Musso to ram the straw bales, breaking the Lancia-Ferrari’s steering. It also forced Harry Schell’s Vanwall into a wall, which bent its front suspension. Red-faced Fangio continued – but there was more to come.

On lap 32 he clobbered the harbour wall and damaged a wheel, which forced him to pit. Castellotti, who’d already retired his Lancia-Ferrari, took the helm while Fangio caught a much-needed breather. Meanwhile, young Peter Collins was running an impressive second, but he’d pit and hand his car over to Fangio – it wouldn’t be the last time – and the Argentine set off once more after Moss. 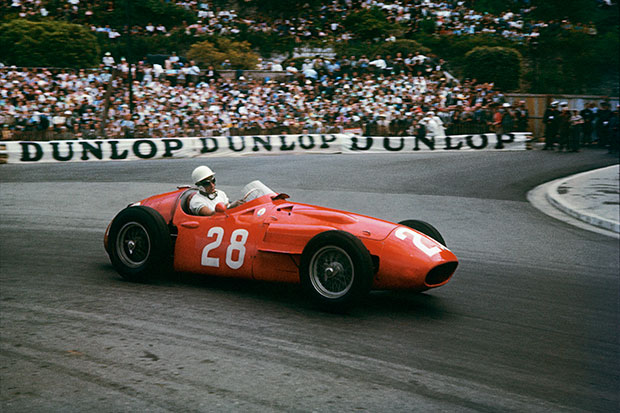 With 10 laps to go, Stirling led by 28sec, but the gap began to come down as Fangio pushed. On the 100th and final lap the champion set the fastest time of the race, but Moss was unruffled and won by six seconds. His only scare had been nosing into Cesare Perdisa as he lapped the Maserati, causing his bonnet to lift a little. Other than that, ‘The Boy’ had out-mastered the master.