The move had been coming for some time but that in no way diminished its audacity when it did. 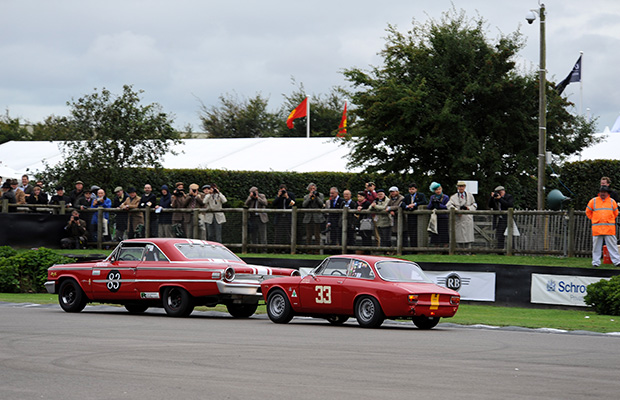 It was this year’s Goodwood Revival and, as ever, part one of the St Mary’s Trophy with one of the less impossibly valuable grids of the event, was proving the one to watch. The combination of superstar drivers pedaling comparatively modest historic saloons as if a championship depended on it almost without exception provides racing of a quality unrivalled in historic racing, even at Goodwood.

For the young hotshots it’s a chance to go wheel to wheel with their heroes, for the heroes it’s a chance to prove that experience and guile can more than make up for any slight relaxing in reaction times. Spared the prospect of a multi-million pound pile-up that’s always possible in the other race they contest – the RAC TT celebration – the St Mary’s is a liberating experience for all those lucky enough to be called up to take past.

All the smart money was on Tom: not only does his record speak for itself, he won this very race on his Revival debut in 2010 driving nothing more glamorous than an Austin Westminster. He also had a Ford Galaxie with a 7-litre engine at his disposal. 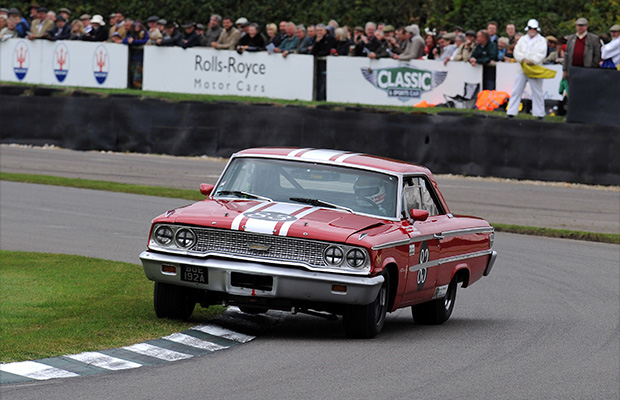 Stippler by contrast was in a 1.6-litre Alfa GTA and had qualified down in 15th place. But come the race itself, he had not only the raw pace but the commitment to wrestle his way through the traffic until presented with the large backside of the Kristensen Galaxie.

He chose his moment well, hanging back at Lavant so his exit speed would not be impeded by the slithering giant ahead and then clinging close enough in its vast slipstream for there to be a chance – just a chance – into Woodcote.

They both barreled past a white Alfa Sprint before Stippler made his move, flinging the Alfa sideways onto the kerbs, almost but not quite kissing the flank of the Galaxie as Kristensen left enough racing room but not a millimetre more.

In that moment was encapsulated all that is great about the greatest show on earth. There were two world class drivers, the Dane and German in their American and Italian cars, at an event as English as Henley, Ascot or Wimbledon. There was racing as hard yet clean as you’ll ever see anywhere, there was the rumble of Detroit’s massive pushrod V8, the howl of Milan’s tiny twin cam four and there were, of course, that commodity we like to see more than any other: oversteer. 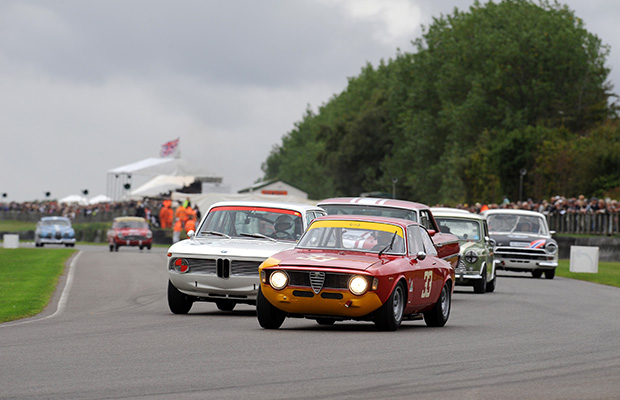 But the luckiest person was the bloke in the white Alfa they’d just shot past who was afforded the best seat in the house from which to view the move of the meeting. I say this with some certainty because it happened to me, subbing for an AWOL Arturo Merzario.

In the end Stippler was unable to make it stick and Kristensen won, but after the results from Sunday’s part two were aggregated, Stippler and the car’s owner were declared the overall winners. So they both won and, under the circumstances, there could have been no more fitting result.