Dick Bennetts of West Surrey Racing is in a privileged position of having run two of the fastest Grand Prix drivers ever in Formula 3 – Mika Häkkinen and Ayrton Senna. In a recent Talk Show I asked who was faster in an F3 car. 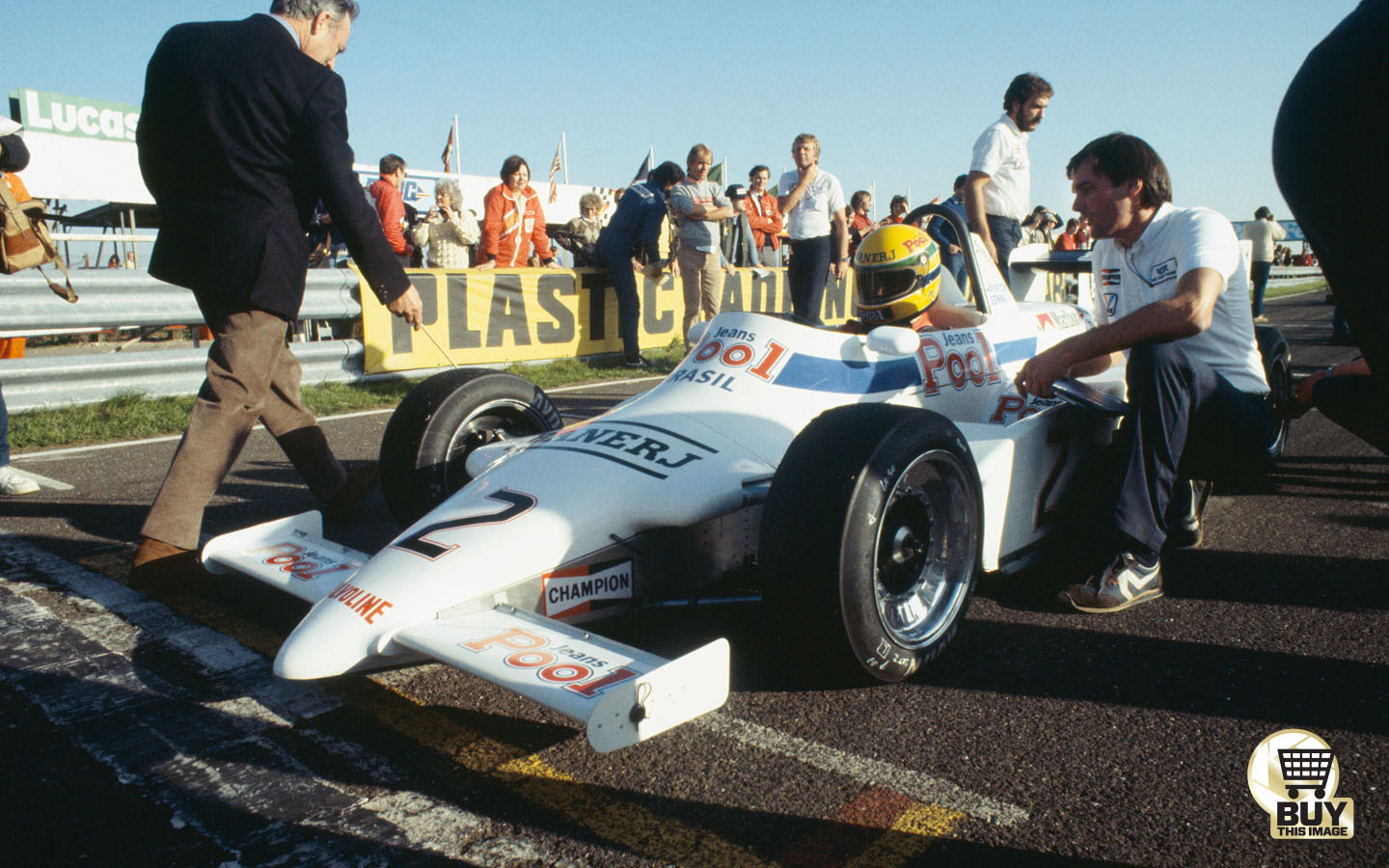 “Oh dear, that’s a tricky one,” he replied. “On technical feedback Ayrton would win. On pure raw talent I would say Mika. He could drive a car with three wheels on it and still get it going quick. His technical feedback in his early days was not that brilliant, but once you learnt to understand what he was explaining – there was no data logging, there was just a very basic dash system – you were fine.

“Ayrton was more of a thinker, more tense than Mika as well. Both fantastic drivers, but slightly different in the way they approached it.”

In 1990 Mika Häkkinen won nine of the 17 British Formula 3 races and finished second in a further five for WSR. His closest challenger – Mika Salo – ended the season 23 points behind the future two-time world champion. However, despite Marlboro backing WSR couldn’t carry any branding in the British championship so was sent over to Europe to compete in three races and see how they compared. 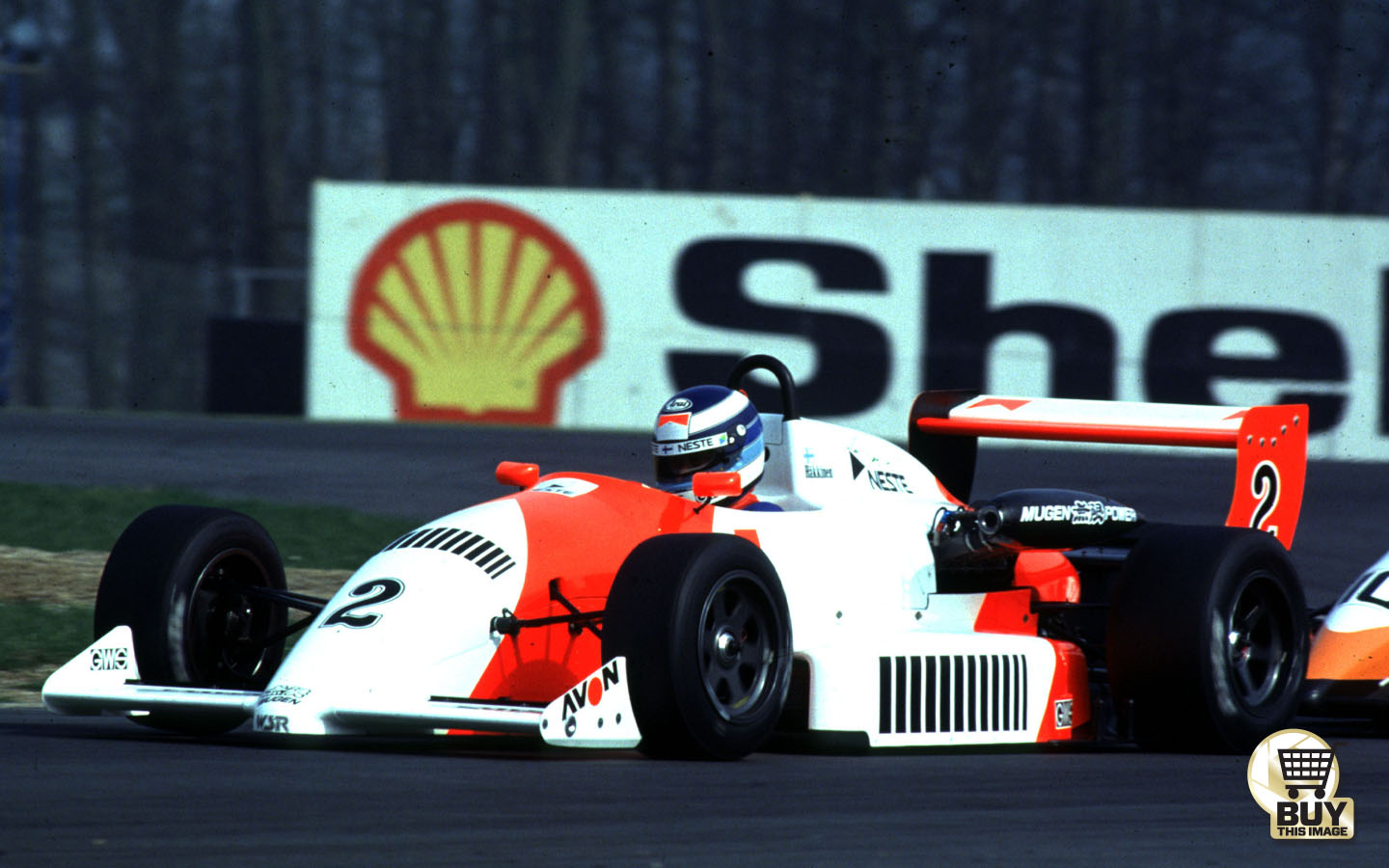 Häkkinen in the British F3 Championship (without the Marlboro branding)

A round of the Italian Formula 3 Championship at Imola was first and, having changed from Avon tyres to Michelin rubber, Bennetts pondered how to best work the tyre allocation.

“We were only allowed ten tyres for the whole weekend so we used them very carefully, we worked out a strategy. We were against 42 cars, 40 of them were Dallaras, mainly with Alfa engines. We arrived with a Mugen-Honda so we were the odd ones out. Mika, myself and the other engineer drove round in our hire car, did a few laps and decided on setup.”

Häkkinen qualified on pole in the first session using only one set of tyres. “Then the Italians panicked because we were in P1. They were all running no downforce, but in qualifying you want to be quick round the corners so they saw our car and all started cranking wing on. Mika panicked a bit, I said ‘don’t worry; they’re now using their second set of tyres in second qualifying. We are going to sit here, sit tight and not use our second set, we’ll save them for Sunday’s race.’”

They went out, scrubbed them, came in and took them off, sitting in the pits with no wheels on the car. Just at the end of the second session they were bumped to second. “Sunday morning we put on our other pair of new tyres and we blitzed everyone in the warm up so they got even more panicky. They were shaking their head, ‘how can this team come to a new track with this Ralt car and a Honda engine and be this quick?’

“They then picked on us in scrutineering: your seatbelts are not legal, your fire bottle is not legal. They had our car pulled apart for three or four hours. Luckily the Italian Ralt agent was there and he came and helped us out with the translation. Eventually they conceded it was legal. We went into the race and Mika won it comfortably so a tick in the box from Phillip Morris.”

Next up was the final round of the German Formula 3 Championship at Hockenheim, which WSR had never seen before. “We got some advice from a team what gear ratios we should be using and they tucked us up big time. The gear ratios were miles out, the car was far too stiff in the chicanes and we had a misfire on the engine as well. We were panicking and on Friday night we were about 22nd out of 28 cars.

“Some German journalist came down and said ‘you British champions are supposed to be good!’ I said ‘we’re OK, we just have a few problems to sort out!’

“We had a spare car there, the Leyton House car, and we took every electrical component off it we could think of. Everything was changed; we had to fix the misfire. We changed the springs, dampers, ratios and went out on Saturday morning with old tyres. Mika came round with a thumbs up, misfire fixed. Michael Schumacher [who had dominated the season] was sitting there, arms folded, because he as on pole and second qualifying only had about 20 minutes to go. 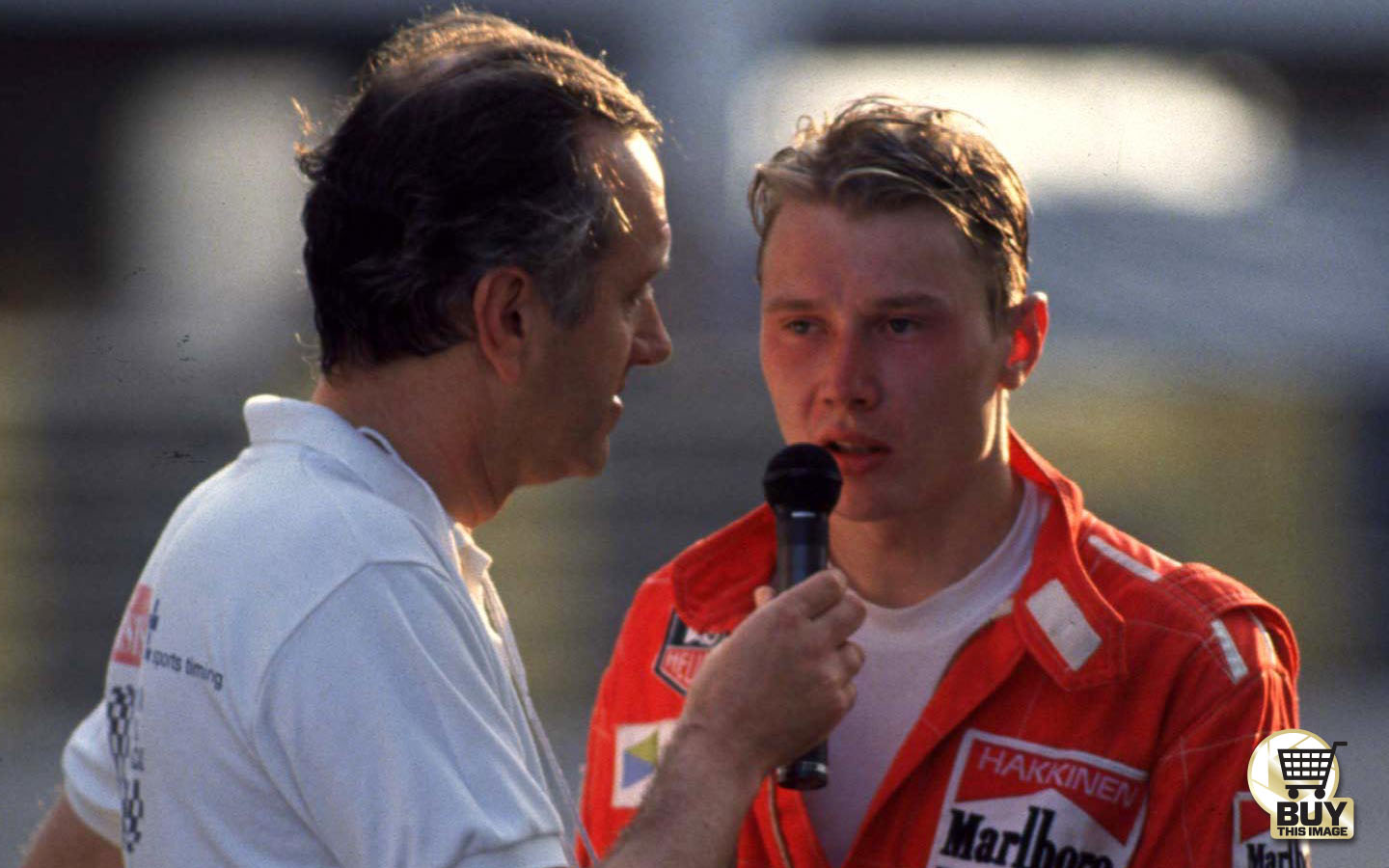 Häkkinen after the Macau F3 race, which he retired from after a collision with Schumacher

“Mika came in and said ‘it’s much better over the chicanes, the gearing is better, give me the new tyres’. Then bang, pole position. Schumacher then went out and couldn’t get near us.

“The Marlboro man was there and he said ‘I want you to come across the start line before Schumacher comes out the stadium’. I said ‘blimey, that’s a tall order Graham but we’ll do our best’. Mika did it – we crossed the line about five seconds ahead of Schumacher.

“Magny-Cours was next but Phillip Morris said ‘you’ve proved enough’. That was a good, fun exercise.”