Gordon Shedden could’ve been responsible for a few heart attacks on Sunday. 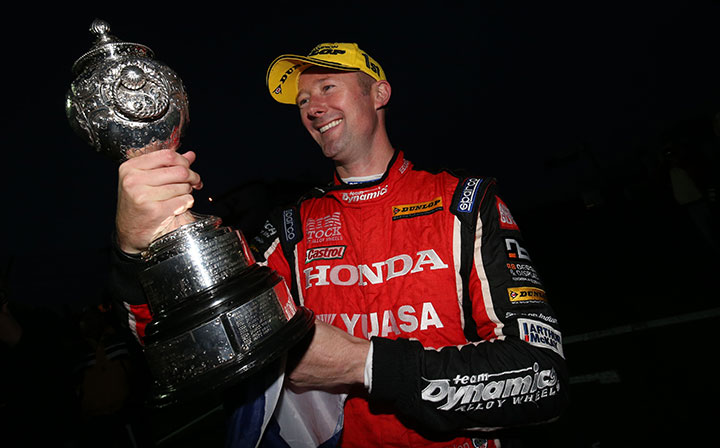 In the closing stages of the final British Touring Car Championship round at Brands Hatch, he’d worked his way from 19th on the grid to take fourth, more than enough to snatch the title from race leader Jason Plato. But he wanted more.

Twenty-four-year-old up-and-comer Jack Goff had held the final podium place since an early scrap had shuffled the leading pack and, understandably, he didn’t want to give it up. Shedden attacked, Goff rebuffed, again and again. It was a battle that didn’t need to happen – Shedden’s team-mate Matt Neal was acting as a buffer behind him – but it was typical of the most aggressive driver in the field. 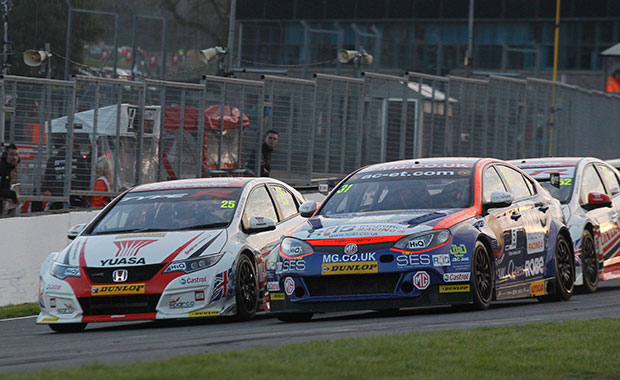 That might sound like damning with faint praise in a series known for its truculence, but his attacking style is tempered with forethought and precision.

In the early years of his career, it had to be. Coming up through the Ford Fiesta Cup, if you crashed, you’d struggle to get back on track. Luckily, Shedden has shown astonishing natural talent in touring cars from day one.

Making his debut in 1999, he won the championship the following year with nine victories. By 2003 he was in the Seat Cupra championship, finishing second overall as a rookie behind future world champion Rob Huff. Although he fell to fourth in 2004, his talent was obvious and he was snapped up by Team Dynamics to back up Neal in its tank-like Honda Integras in 2006.

His first season yielded four wins and fourth in the standings behind his champion team-mate, Jason Plato and Colin Turkington. Aside from a patriotic flirtation with privateer Seat entrants Clyde Valley Racing in 2009, he’s been at Team Dynamics ever since. And he’s still fighting with that same group of elite tin-top racers.

As of yesterday, he’s now won two BTCC titles and 41 races – good for fourth all-time behind Plato, Andy Rouse and Neal – and at 36 is in the period of a touring car driver’s career where experience catches up with skill and exuberance and many of the true greats flourish. Think of Steve Soper, Yvan Muller or any number of German heroes like Ludwig, Stuck or Schneider. 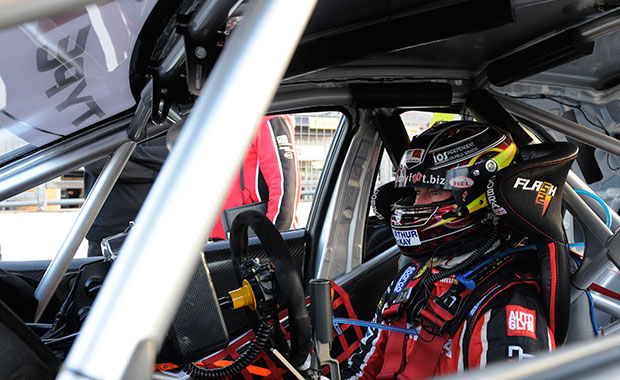 The more cynical observer might see that level of natural skill and lament that Shedden never pursued a career in single-seaters or sports cars. But according to the man himself, nothing else was on his radar. There were two men he wanted to emulate, two fellow Scots and BTCC champions: Jim Clark and John Cleland.

Last year, Shedden took part in a parade across the Forth Road Bridge, driving the Lotus Cortina Clark piloted to victory 50 years ago. “This was a once in a lifetime opportunity,” he said at the time. “To drive across the Forth Road Bridge in a race car is incredible enough, but to do it in the company of Jim Clark’s championship-winning Cortina is very special. It’s special for Scottish motor sport as well – only three of us have won the BTCC.”

Comparisons are easy to make. While there might be no driver able to match Clark’s record across a variety of machinery, the mid-corner momentum necessary for him to match the hulking Ford Galaxies and MkII Jags is mirrored in Shedden’s fleet-of-foot style. While making his charge on Sunday, he frequently made some very good drivers look rather limp through Brands Hatch’s slowest corners.

The similarities with Cleland are easier to see. Shedden doesn’t quite have the chip on his shoulder the 1989 and ‘95 champion had – a result of the former club racer being surrounded by F1 drivers during the Super Touring boom in the ‘90s – but the attacks are the same. Leave a gap on the inside and you’ll lose the place and probably a wing mirror too. 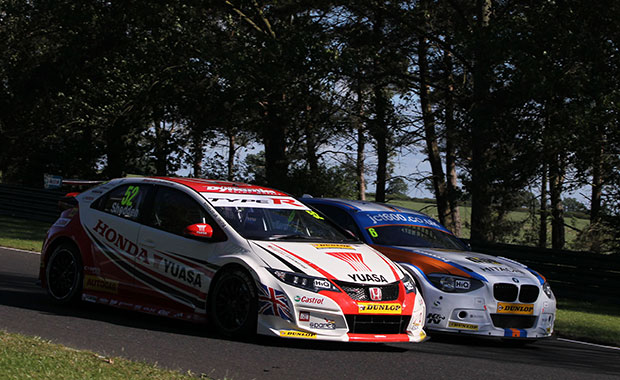 That’s not to say Shedden drives dirty, but the margins he operates in are very narrow – when some of his rivals attempt similar moves one or both cars involved usually end up in the grass.

Last season he created controversy in race three at Donington. Team Dynamics was running the Civic Tourer for a season and no-one had much idea of whether the concept would work. Volvo was the last manufacturer to use an estate body style in the BTCC, in 1994, and it was abandoned after one unsuccessful year. But late in the race, Shedden was closing on the soft-tyred BMW of leader Turkington at an incredible rate.

As the two came to the chicane at the end of the last lap, Shedden was close enough for a lunge up the inside. But, in a rare mistake, he braked a fraction of a second too late. Luckily for him, so did Turkington, who squeezed the Honda towards the kerb. The two made contact and, as one, ran onto the gravel. Shedden emerged first.

It was a borderline move, but what was impressive was his seeming ability to think several seconds ahead. Had Turkington not tried to outbrake him, the BMW would’ve still taken the win. But as soon as the Northern Irishman made his corresponding mistake it was anyone’s game. A lot of fans complained – notably, Turkington didn’t.

It was that ability that served him well at Brands Hatch on Sunday. Shedden was confident in running his normal race, seeing his options at every corner. Even if the rest of the country had their hearts in their throats.