Audi has unveiled its new off-road 2022 Dakar challenger, the RS Q e-tron, as it aims to become the first manufacturer to win the rally raid classic with an electric prototype.

Earlier this year, the German marque announced a Dakar dream team of Carlos Sainz Sr, Stephane Peterhansel and Mattias Ekström was to pilot the car. The firm is making its first return to international rallying since the 1980s, when it was a major player with its Quattro model, winning two manufacturers’ titles in ’82 and ’84.

A pair of MGUs from Audi’s Formula E car will power the front and rear axles, whilst a third MGU harvests energy from braking to then recharge the battery.

The car will use the firm’s TSFI DTM engine to charge the battery on stages which are out of its range – particularly necessary due to there being no charging points in the desert. 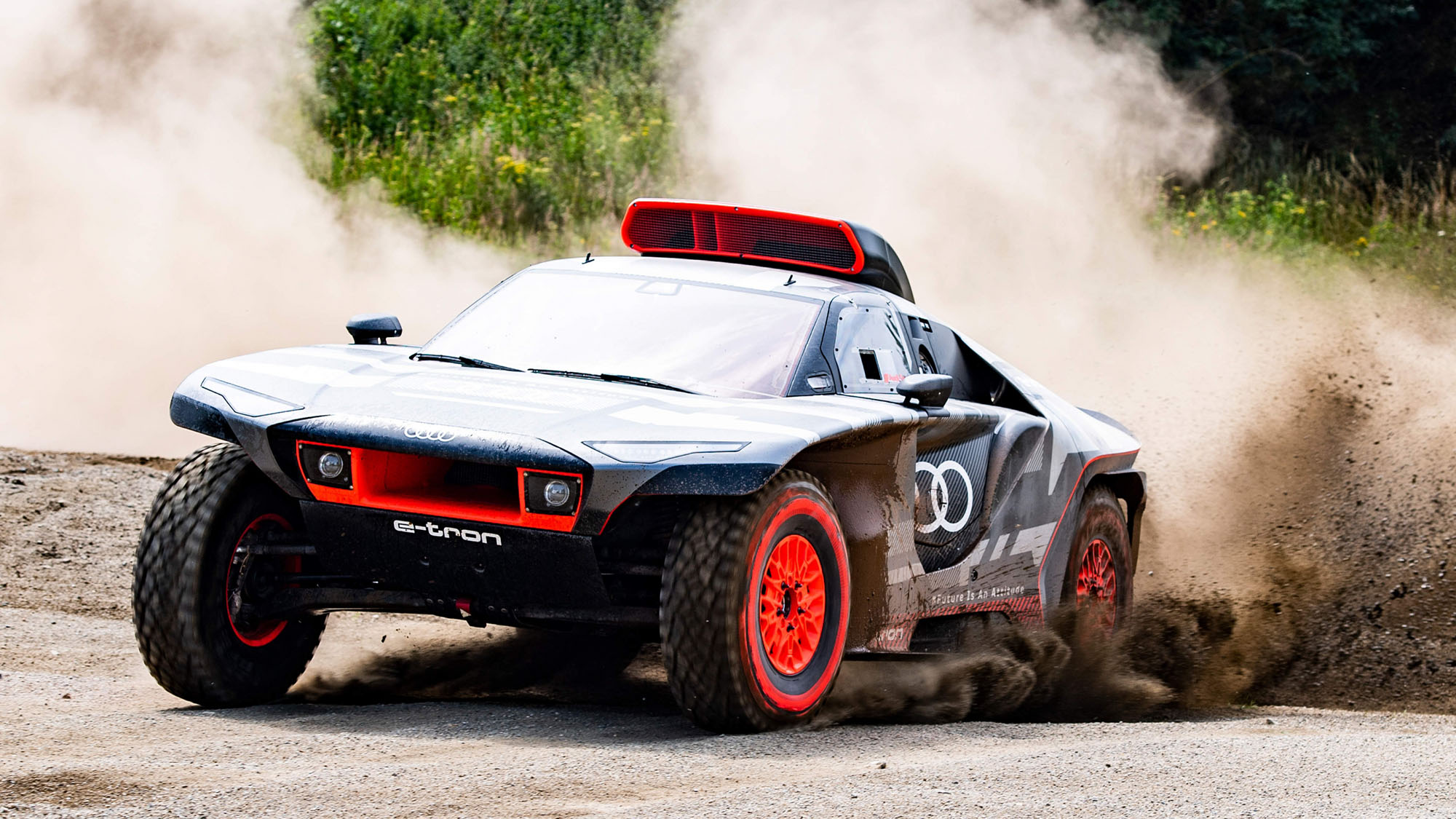 Piloted by Carlos Sainz Sr and Stephane Peterhansel, the car will make its competitive debut towards the end of this year

The current projected overall output of the electric prototype is 500Kw (670bhp), but this is subject to approval by Dakar organisers.

The car had its first test earlier this month, with rally raid entries planned for the end of this year.

Audi’s rivals will be the ICE-powered Toyota and Mini squads, in addition to the the Prodrive-run Bahrain Raid Xtreme team, campaigning its own prototype with Sébastien Loeb.

However, the marque is aware that to finish first at Dakar, first it has to finish – whilst mastering a hugely complex car.

“The electric drivetrain means that a lot of different systems have to communicate with each other,” team principal Sven Quandt said. “Besides reliability, which is paramount in the Dakar Rally, that’s our biggest challenge in the coming months. If we finish the first Dakar event, that’s already a success.”

Nevertheless, it still marks a momentous step for Audi in a new direction for its motor sport programme, after it announced its withdrawal from Formula E at the end of this year, and withdrew from DTM at the end of last year.

“The Quattro was a gamechanger for the World Rally Championship. Audi was the first brand to win the Le Mans 24 Hours with an electrified drivetrain,” says Julius Seebach, Managing Director of Audi Sport GmbH. “Now, we want to usher in a new era at the Dakar Rally, while testing and further developing our e-tron technology under extreme conditions.”