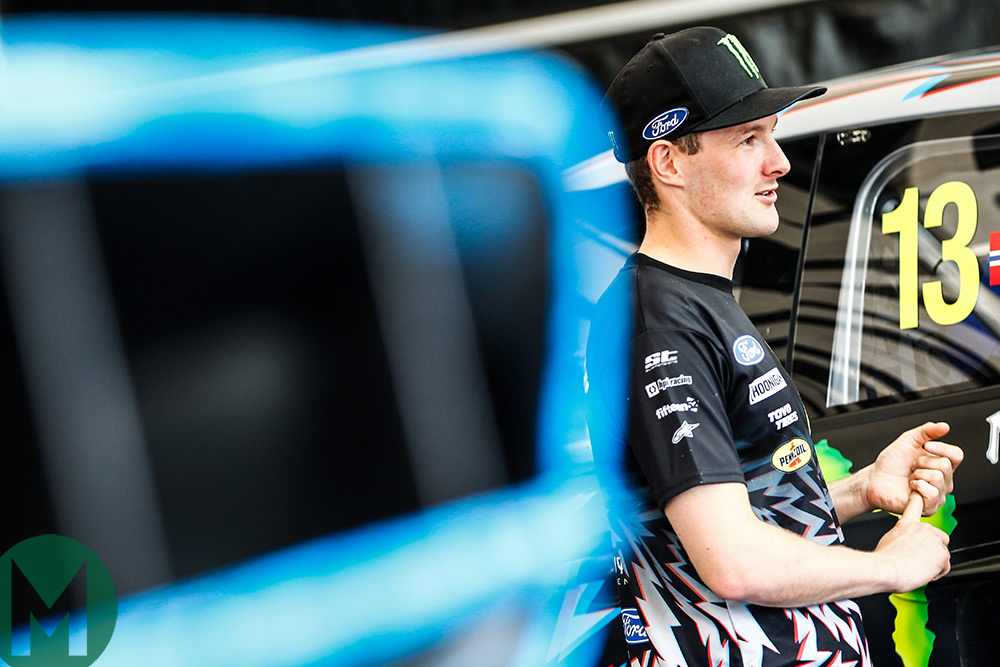 When Hoonigan, the team formed by social media star Ken Block, announced it was pulling its pair of M-Sport Ford Focus RS out of WRX in September, Andreas Bakkerud was hit hard.

“It was awful, really awful,” he says. “Especially that week after the race at Estering [when I found out], I felt so empty.

“Ken and I were working extremely well together for a few years and we always talked about a long-term plan: five to 10 years in WRX. I had no clue that Hoonigan would pull out. I knew that there were discussions going on but I was sure that we were going to get something good.”

Bakkerud’s season turned from disappointing to demoralising, however, when he came to the realisation that it was going to be a winless 2017.

“I entered the season wanting to fight for the title, but I quickly understood that we didn’t have the pace from the early beginning,” he says. “I’ve always been winning races in rallycross, so I thought I’d at least pick up a go-kart win or something.

“But it was a season without any wins – even when I tried go-kart races, rallying, and even buggy racing in Wales – and that’s even more painful,” says Bakkerud.

The 26-year-old, from Bergen, has recently been touted to contest WRC2 and remain with Malcolm Wilson’s M-Sport outfit.

“WRC2 is cheaper than a mediocre car in WRX. If I don’t get to compete in WRX with a top team, then yes, I would like to look around and try to become a better driver,” he says. “Above all, I’d like to come back to WRX. I’m going to win that title no matter what. That’s my aim.

“I’ve always loved rallycross, and I feel like I have unfinished business in the sport. It’s a good time in my career to take that punch in my face, wake up a bit, and see what’s out there.” 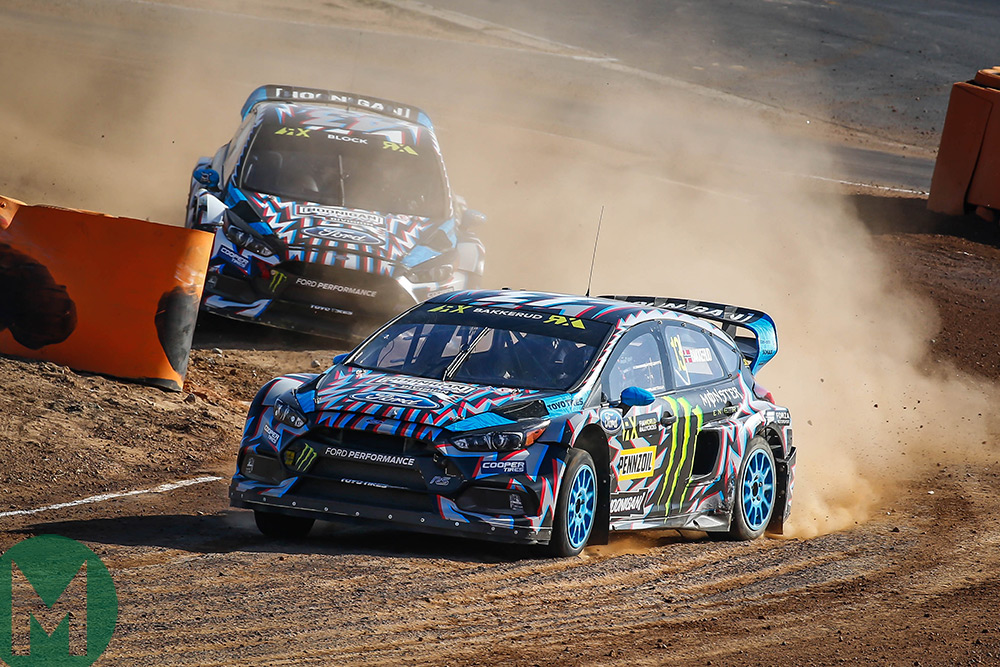 Block and his former team-mate still have a well-documented friendship off track, with Bakkerud posting his antics on Youtube in a series of videos that follow in the vein of Block’s stylish mastery of social media.

That relationship has allowed Bakkerud to become a star in his own right, but it’s also earned him the moniker of Snakkerud and something of a notoriety when it comes to devouring elevenses.

“When you work closely with Ken Block, you forget that he’s a really big star and one of the biggest names in motor sport, probably the biggest on social media. He’s very healthy and he’s always taking care of what he’s eating and stuff like that.

“I, on the other hand, am not so careful. Our chef, Pawel, who has been working with M-Sport for many years, always makes snacks around meals and Ken has caught me grabbing snacks so many times, which is why I’m now called ‘Snakkerud.’

“After that, we’ve been making videos all over the world: Snakkerud reports.”

The Snakkerud title doesn’t come without its caveats, however.

“Once I took a flight from Oslo and picked up 10 bags of a chocolate called ‘Smash’ for Ken and our trainer. When I was packing them into my bag at the airport, some random guy came up to me and says “Oh now I see why they call you that!

“I also made a few people unhappy when I came to Lydden Hill for the British round. Someone gave me a jar of Marmite, and I took a spoon. I said it was the worst snack I’d ever been given…but they say, ‘either you like it or you don’t’, right?”

Despite it all, there’s no chance he’s going to follow his friend Block into a life of Gymkhanas. The taste of victory still lingers too strong.

Related: The mad world of rallycross