What is the best way to follow a World Rally Championship event? Anthony Peacock went to Barcelona to find out 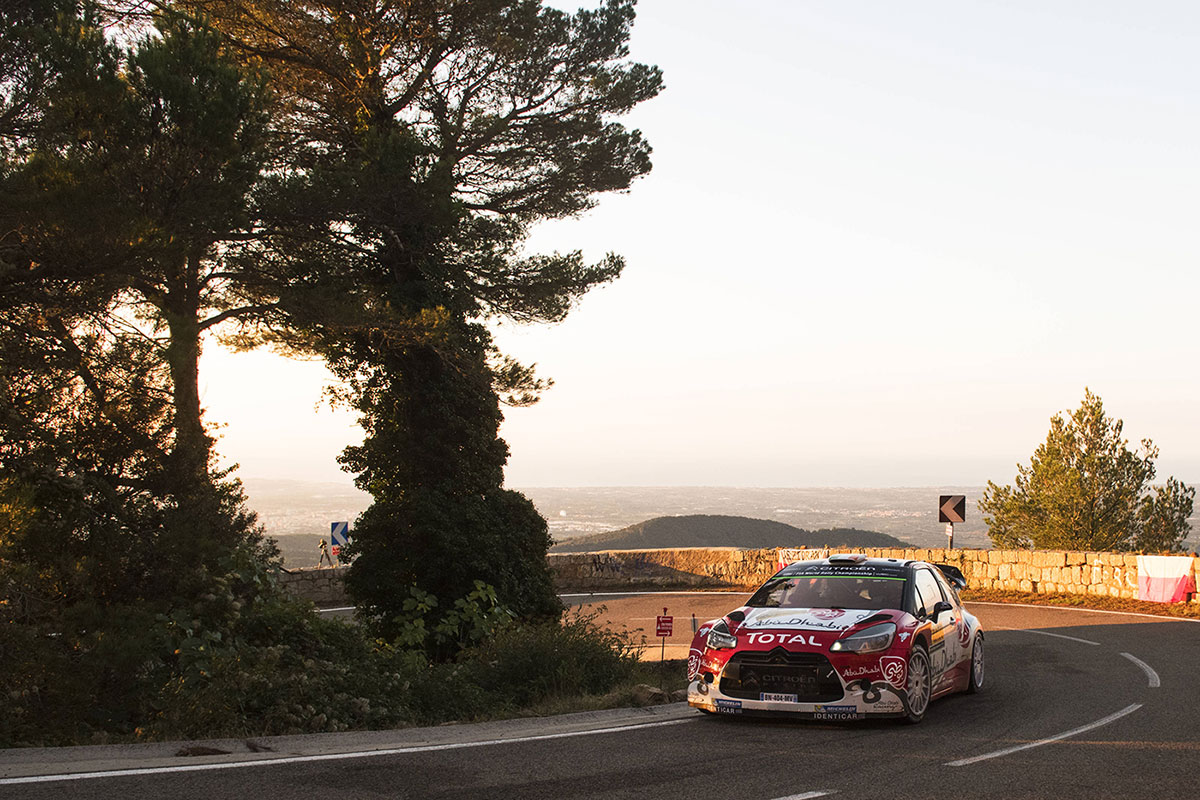 Rallying is motor sport that has been dragged kicking and screaming into the 21st century. Part of its niche appeal in the past was the almost cabalistic way in which fans were inducted into the sport: taken to the depths of a forest at a young age in the middle of the night, armed only with a stopwatch and time chart. From there, it would often be a sprint over unrecognisable back roads to a secret location where service was taking place.

Nobody ever really knew who was leading, while competitors spoke their own language of “regrading”, “tulips”, and “OTL.”

In terms of opacity and accessibility, the concept could have been thought up by a department of the Kremlin at the height of the Cold War. No wonder the sport remained the exclusive preserve of die-hard, bobble-hatted devotees for so long.

Then the television and internet revolution happened in the late 1990s. Television coverage of rallies was nothing new in itself – the classic Top Gear Rally Report from the 1980s hosted by William Woollard used to attract millions of viewers during the RAC Rally, thanks to a prime time slot just before the 10 o’clock news, featuring a shivering Woollard live from a corner of a dank field in Harrogate or Chester.

But suddenly, as the new millennium dawned, we had live televised stages for the first time. This has since evolved to the point that they are streamed as they happen on the championship’s official website, wrc.com. 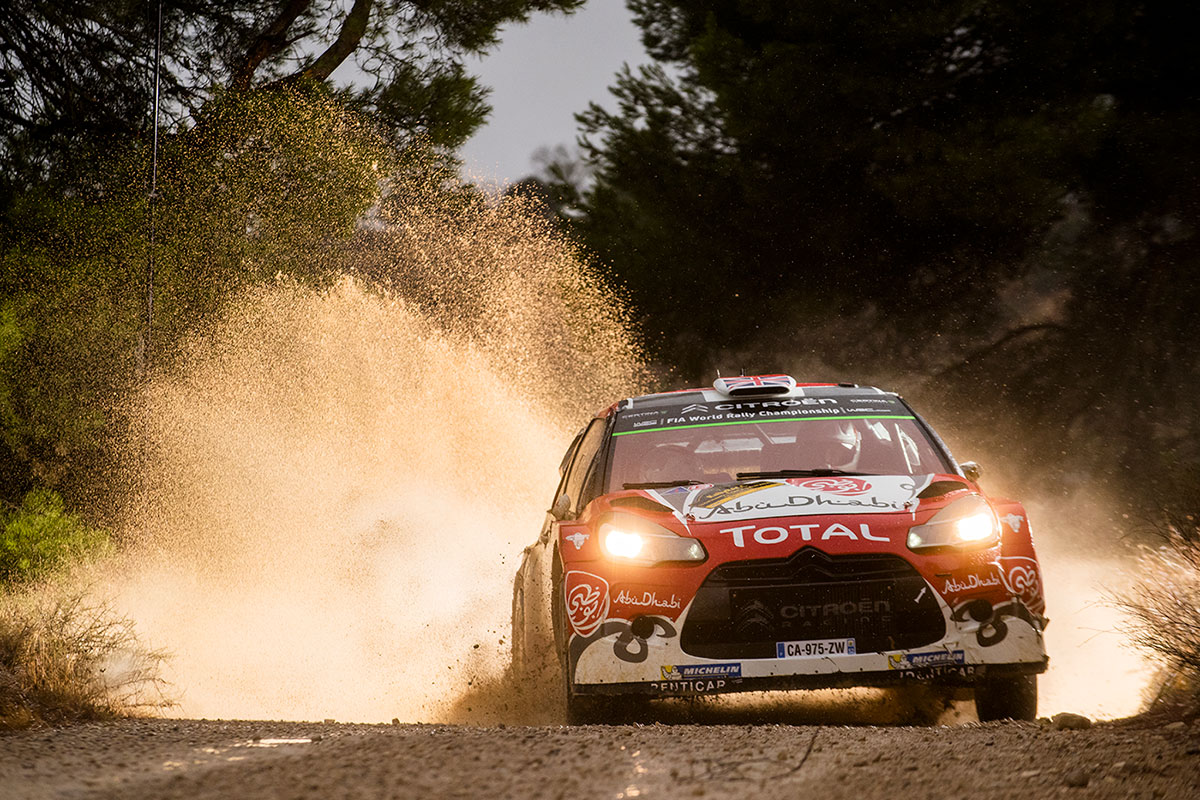 The site also contains live stage times, live commentary and interviews, split times, comprehensive video highlights of each day, and even GPS tracking of the cars so that you can see where any competitor is at any given time and how fast they are travelling.

At a stroke, the best way to watch a rally has moved from covering huge swathes of countryside armed with maps, charts and a thermos flask, to sitting behind a computer screen in the comfort of your home.

Or has it? To find out, we took a trip to the Rally of Spain (still called the Catalunya Rally by the likes of us who still insist on calling Britain’s round of the world championship the RAC) with Certina, the WRC’s timing partner. Our mission was to see if you can you learn more about an event by travelling from stage to stage the old-fashioned way, than by taking advantage of gigabytes of data, neatly packaged on a screen.

Confession time: we cheated, because as well as watching the cars stage-side, we also brought along a smartphone. Using this you’ve got access to rally radio for commentary and results. Equally, you can just get an SMS with the times and overall positions after each stage.

But what we learned is that all this sophisticated information only tells you what you know already. Take the last stage on Friday in Spain for instance: Terra Alta, a demanding 38-kilometre cocktail of asphalt and gravel.

Citroën’s Kris Meeke was fastest, ahead of Dani Sordo (who emotionally led his home event after the opening day). From the spectacular vantage point that we found, having driven for half an hour along a bumpy and muddy gravel road – at one point we had to get out and push the car – we could see and hear Kris’s complete commitment for the best part of a mile as he headed down the valley towards us, then over a jump, before stamping on the brakes for a tight right-hander. It was a moment you watched with bated breath, and then exhaled deeply only as the car receded into the distance. You really didn’t need any technology (or even a stopwatch) to know that he would be quickest. 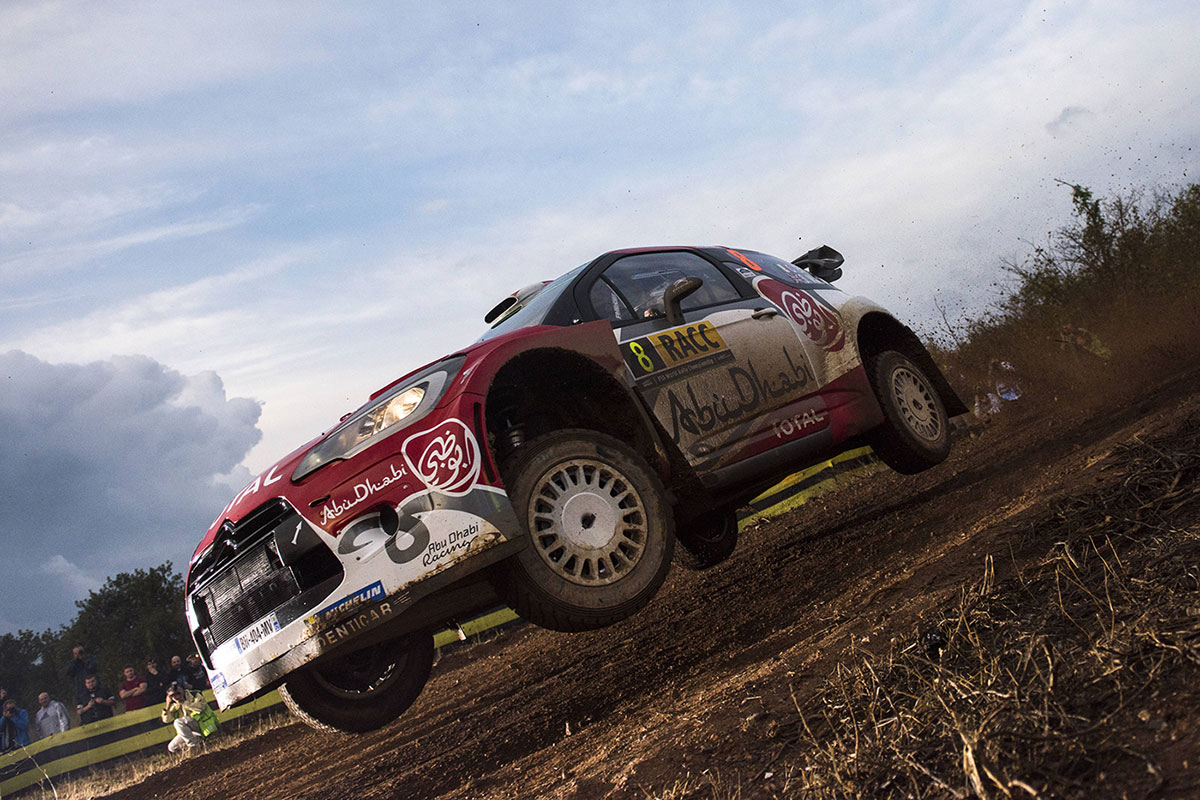 The reference point is of course Sebastien Ogier and while his Volkswagen was fluently quick through the same section, there wasn’t quite the same urgency and verve as the Citroen – or even Sordo’s Hyundai.

Back in the service park, by the time we returned from our excursion, people were asking what had happened to the other Hyundai of Kevin Abbring, who dropped a stack of time. Was it a puncture, or an accident?

Just as we were about to leave we saw him come through at the tail of the field, hazard lights on, engine emitting the unmistakable noise of just three functional cylinders. So we were quickly able to know what the problem was: probably before the computer.

With the rain that had fallen the day before, there were still some very slippery places on that stage. Craig Breen – Meeke’s team-mate – was talking about them, wide-eyed, as he described his fight for traction out of many of the corners. But it’s only when you’ve pushed your own Renault Scenic hire car over one similar obstacle in order just to get to the stage, that you can really appreciate what he’s talking about. And while none of us are rally drivers, you can share just a little bit of the sense of accomplishment at having completed the odyssey together with the competitors.

However, rallying isn’t just about the sporting side. By its very nature it tells the story of a unique journey through a country, impregnating itself into local culture and landscapes. The fact that the Catalunya Rally has a completely different flavour to Rally Germany, for example, is shaped as much by your experiences of the country as the actual competitive action.

And the flavour of Spain is ham. There’s nothing more enjoyable than reflecting over the events of the day, comparing them with those of other people, and recounting your adventures over the best jamon and Rioja you will ever taste. Other enthusiasts become friends; you’ll share photographs and pick up advice about where to go tomorrow and which of the (many) bars in Salou is best to visit afterwards. That’s not the sort of bonding you could ever enjoy with a computer, however sophisticated the artificial intelligence.

So the answer to the question is actually very simple. The bobblehat trumps the iPad every time.

Volkswagen’s Sebastien Ogier joined the four-time World Rally Champion club – populated by Juha Kankkunen, Tommi Makinen and Sebastien Loeb (with his nine titles) – by winning the Rally of Spain; two events before the conclusion of the 2016 season.

Local hero Dani Sordo initially led the event for Hyundai before being inexorably reeled in by Ogier, who took his fifth win of the season but only his first with a gravel component this year. 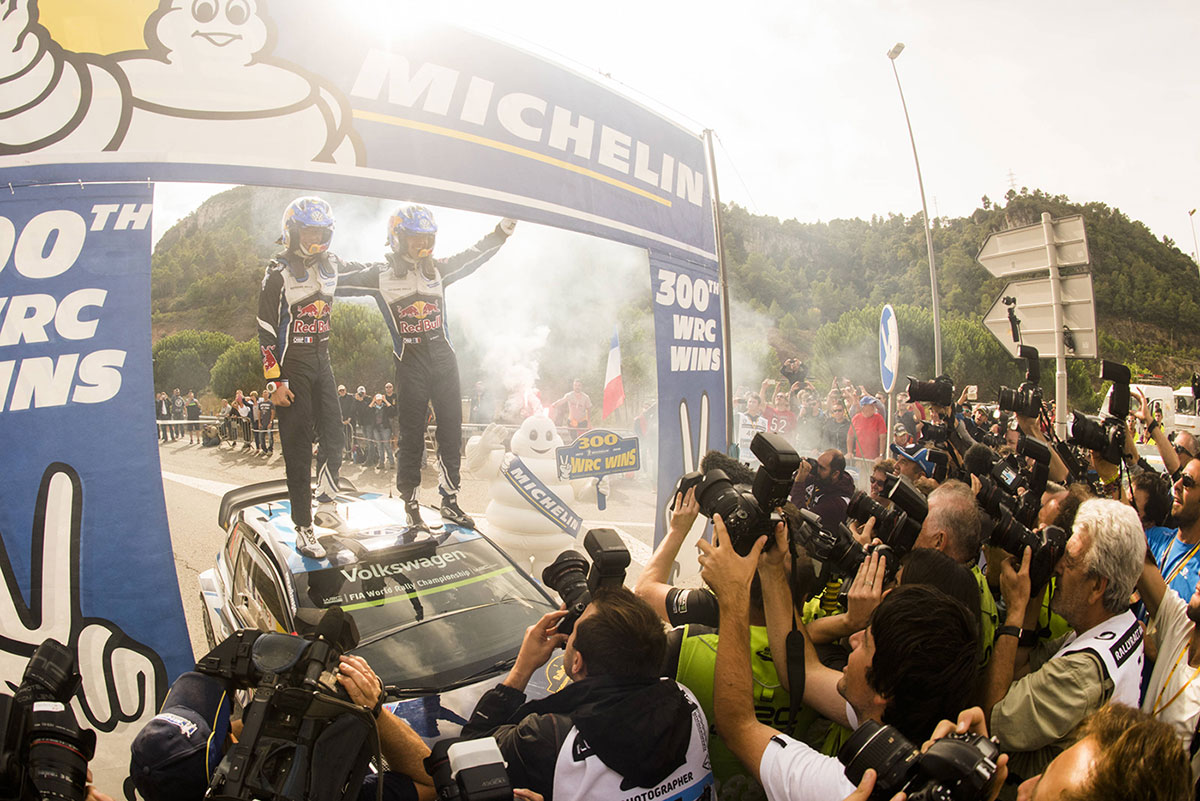 Spain is the sole mixed-surface event on the calendar, but up to then Ogier had not triumphed on any of the gravel rallies in 2016, as the result of running order regulations that force the championship leader to run first on the road over the opening two days of each event.

Ogier was naturally bitterly opposed to this, even threatening to quit the championship at one point.

“What’s hard to take is that this was a regulation written specifically to punish our success, but in the end we still got the result that we wanted, and that’s the memory that we will take away of this year,” said the Frenchman at the finish, who continued a remarkable record of sealing every title he has won with a rally victory.

Tellingly, it was only when the route switched to asphalt on Saturday and Sunday that he was able to make his advantage count. For the most part he faced his rivals alone: team-mates Jari Matti Latvala and Andreas Mikkelsen were ruled out of contention due to suspension breakage and a big accident respectively.

So it was the Hyundai drivers that once again emerged as Ogier’s biggest challengers, with Thierry Neuville completing the podium behind Sordo. Citroën had an event to forget, with Kris Meeke admitting he made too many mistakes and Craig Breen finishing 10th after bring stymied by driveshaft failure.