Hydrogen power is set to take on the dunes, with the announcement of an H2-harnessing Rally Dakar challenger, that’s said to be the “future of cross-country rallying”.

GCK Motorsport, founded by freeriding ski champion and rally driver Guerlain Chicherit, has plans to demonstrate an electric rally car next year, before unveiling its hydrogen-powered vehicle in 2022. It then aims for a full-scale assault on the event with the hydrogen challenger in 2024.

Using hydrogen power should overcome the difficulties of range and recharging that limit the feasibility of electric rally cars.

However, battery power is the start for GCK, which will be demonstrating its e-Blast 1 at this year’s Dakar, which starts in Neom, Saudi Arabia, in January.

Housed in a chassis based on the 2018 Dakar-winning Peugeot 3008 DKR, the GCK’s electric power train and battery will generate 150kW of power, equivalent to 340bhp, and 1,000NM of torque. In addition to the Saudi demonstration, the e-Blast 1 is due to compete in other cross-country events in 2021.

GCK’s hydrogen-powered version will be evolved from this car. It plans to enter selected sections of the Dakar in 2023 before taking on the full event the following year. 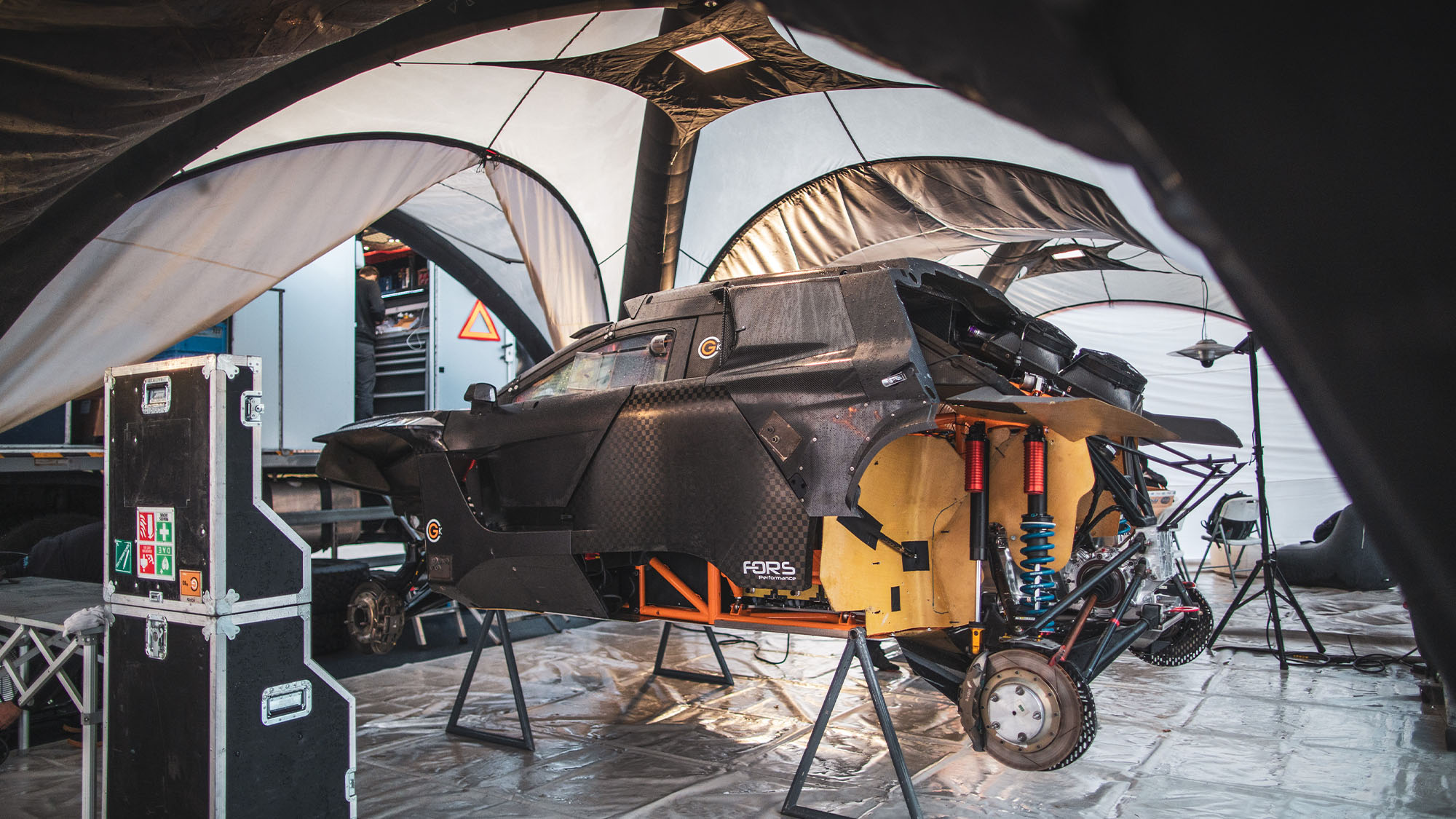 GCK, which runs Renault Meganes for Andreas Bakkerud and Liam Doran in World Rallycross says that it will end its involvement in racing with internal combustion engines next year, when all programmes will be based around green technology.

Eric Boudot, CEO of GCK’s umbrella company, Green Korp Connection, said that this approach showed the way for the future of rallying.

“We’re really excited to present the GCK e-Blast 1, the first step in what we believe to be the future of long-distance racing and therefore the future of FIA Cross-Country Rallying: hydrogen-powered vehicles,” he said.

“Our aim is to create an environmentally friendly rally car – powered only by green energy – that will be able to go the distance, and importantly, do so autonomously.” 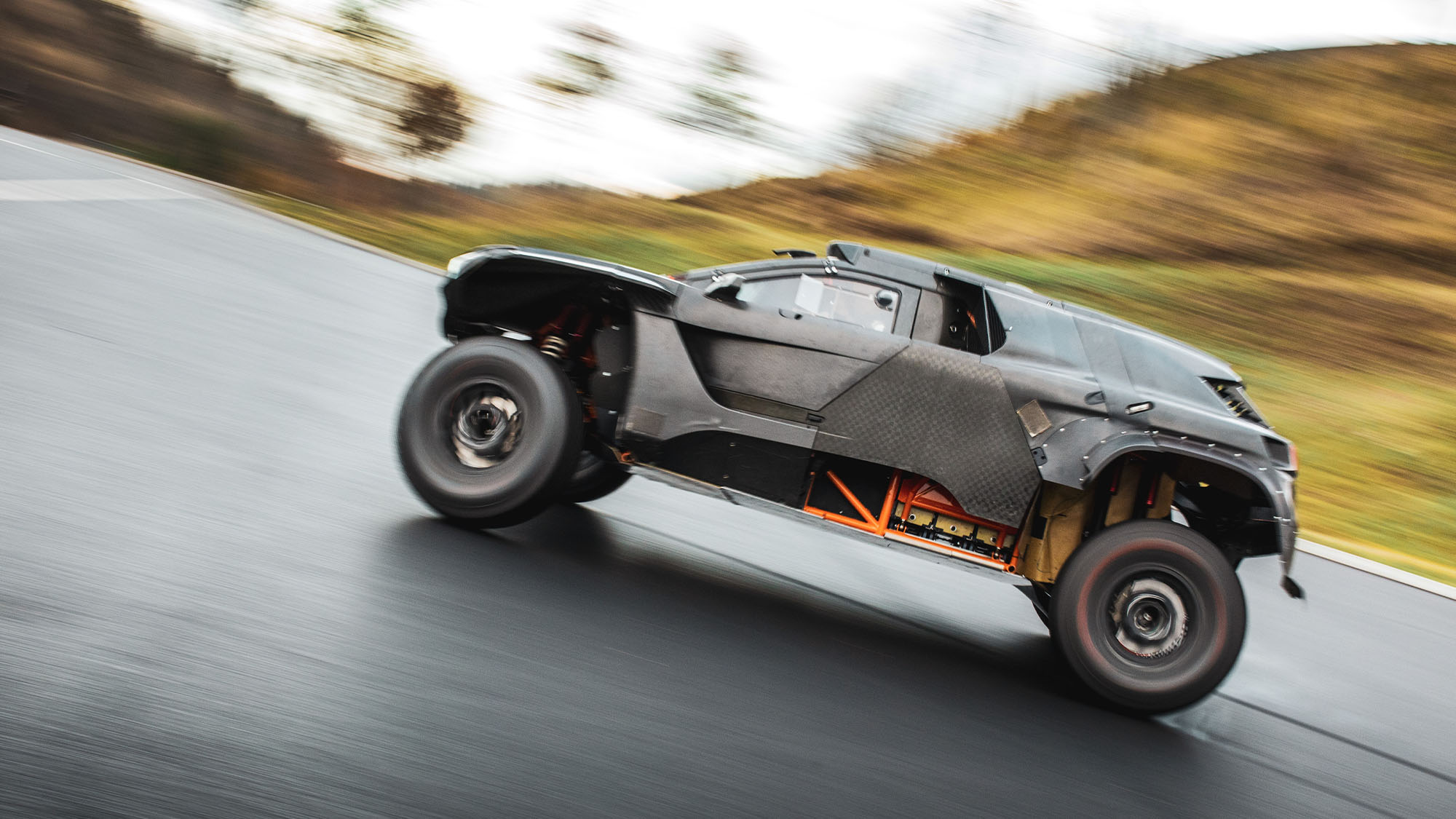 “Our investment into hydrogen technology and the e-Blast 1, which is key in our development programme due to the parallels in technological development between both solutions, will enable us to race the first hydrogen-powered car in Dakar in 2024.”

Recent years have seen a relative boom in off-road green technology and planned championships. Italian constructor Acciona was the first manufacturer to enter Dakar with an electric car in 2015, whilst an electric bike prepared by Tacita is also slated for a 2012 Dakar entry.

The Electric SuperCharge Championship has also been announced for 2022, the urban rallycross format aiming to run on the streets of eight different cities round the world, similar to Formula E.

The World Rally Cross Championship subsequently unveiled an all-electric support series for 2021, with hopes to run electric cars in the top class the following year.