Anthony Peacock looks back on Group B’s penultimate event, and last in Europe – the 1986 RAC Rally 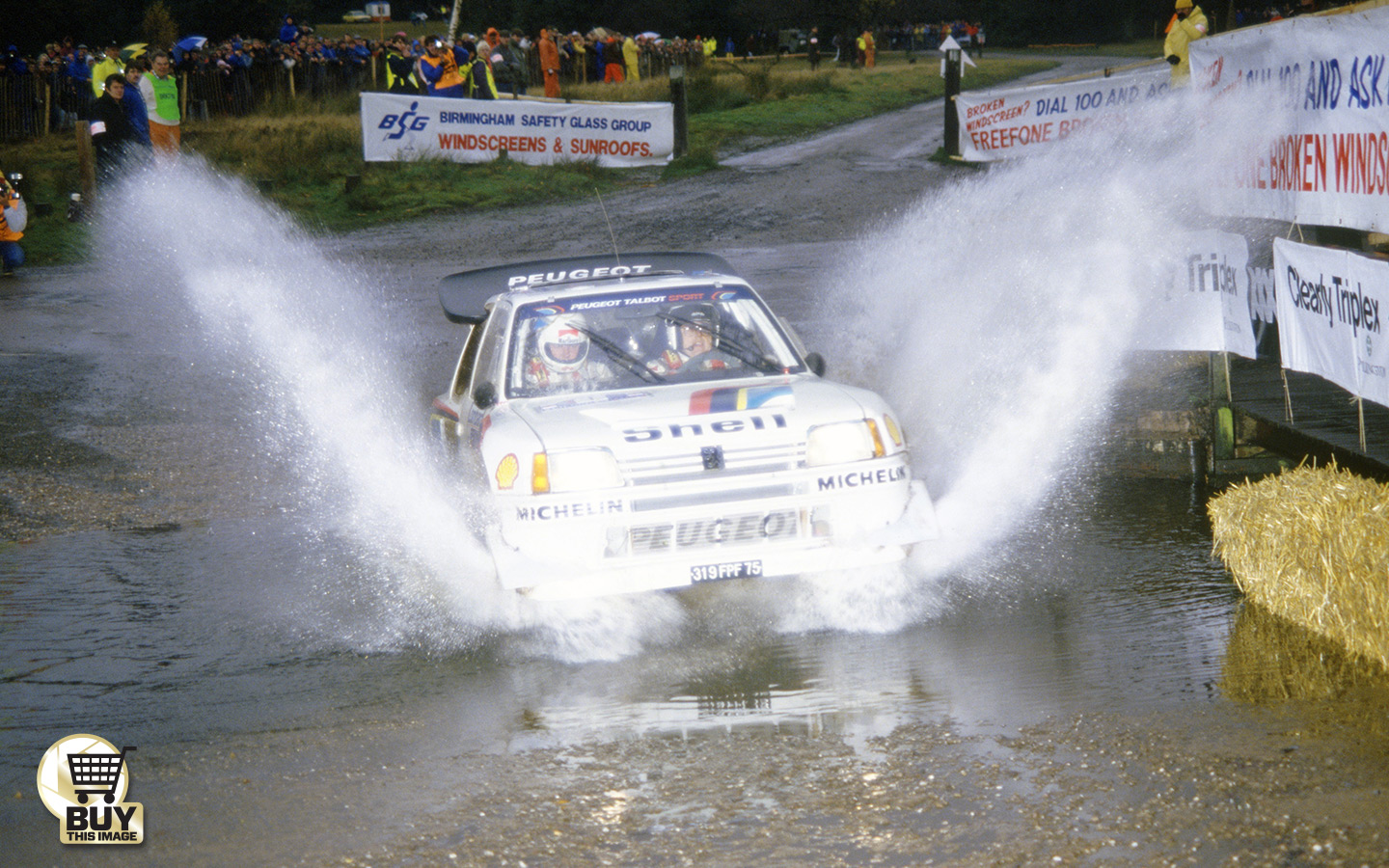 Ask any rallying enthusiast for their favourite era of the sport and you’ll probably get a two-syllable reply: Group B. These were turbocharged four-wheel-drive monsters producing 600 horsepower and more. They were thoroughbred racing cars rather than adapted road –cars manufacturers produced the ideal rally machine, then built just a handful of road-legal derivatives to satisfy the regulations.

The Group B era was short and sweet, however. It was banned ust four years after its introduction. This was a reaction in particular to two accidents in early 1986: one in Portugal that killed three spectators and injured more than 30 others, and another in Corsica that claimed the life of star driver Henri Toivonen and his co-driver Sergio Cresto.

Audi immediately withdrew its Quattros, but other Group B models continued to compete until the end of the season. November’s RAC Rally in Britain would be the last event for Group B in Europe (the final round would be held in America), and it proved to be a fantastic albeit poignant send-off to the most fearsome era the sport has ever known.

Adding to the spectacle in Britain exactly 30 years ago was a finely-balanced championship situation, after a dramatic Sanremo Rally in Italy where the organisers controversially disqualified the entire Peugeot team. This allowed Lancia’s Markku Alén to win and close to within two points of Juha Kankkunen in the title race. Peugeot had appealed the decision, but the governing body wouldn’t make a decision until after the final round.

The Lancia Delta S4 and Peugeot 205 T16 were the dominant cars of 1986, and the RAC Rally reflected the season-long battle between the Italian and French cars. Also in the mix were two models that arrived later to the Group B party, and whose days in the WRC were therefore numbered, the Ford RS200 and the MG Metro 6R4. 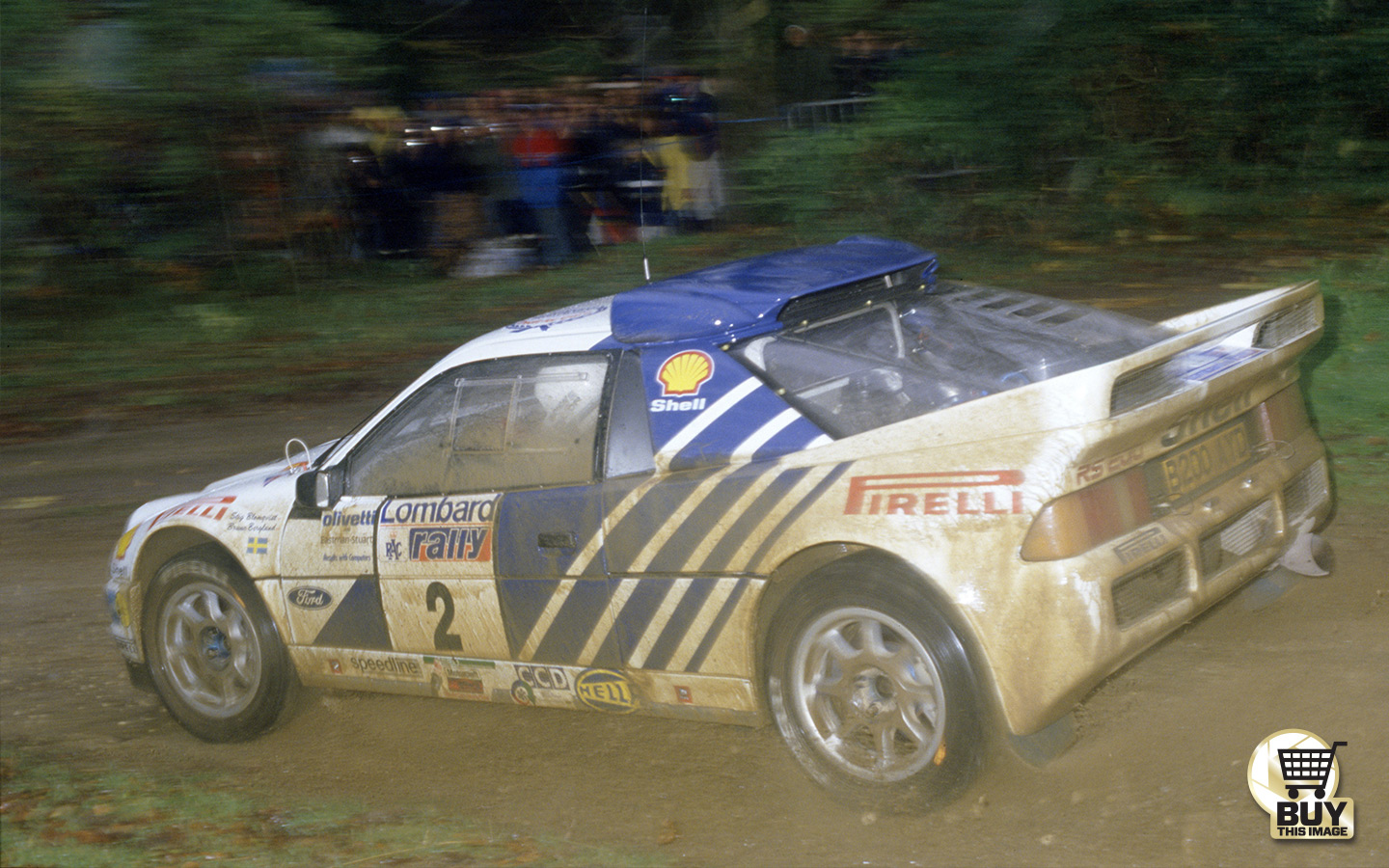 The RS200 was a purpose-built weapon from the company that ruled the pre-Group B era with the Escort, while the 6R4 was a mad but well-loved concept, a tiny car packing a noisy V6 punch.

The Ford won the opening stage of the rally in the hands of Stig Blomqvist, but it was all about the Peugeots and Lancias thereafter. Fastest on stage two, Kankkunen led the way through the rest of the nine short spectator-friendly stages in public parks and the grounds of stately homes that made up the first day. It was far from straightforward though for the Finn, who suffered on one stage from petrol fumes entering his cockpit. Alén ended the day second, with MG and Ford represented in the top four by Tony Pond and Blomqvist respectively.

Kankkunen continued to lead through the early stages on the second day as the rally continued its journey north into Kielder Forest and Scotland, before both Alén and the 1985 champion Timo Salonen (Kankkunen’s Peugeot team-mate) enjoyed spells in the lead.

For the last outing of the Group B beasts on European soil, it was perhaps fitting that the win was being contested between three men from Finland, a nation that produced more drivers capable of taming those machines than any other. There was an interloper, however, from another Nordic nation that produced its fair share of fast drivers: Sweden. Mikael Ericsson was somewhat lesser known than his Finnish counterparts, and had already been informed that he would lose his place alongside Alén at Lancia to make way for Kankkunen the following year. At the end of the second leg though, just outside Edinburgh, he snatched the lead.

Remarkably, the gaps between the leaders were even closer at this point – after a proper day in the forests – than they were after day one. The top four were covered by just five seconds.

Kankkunen overturned that deficit on the first stage of leg three to move back into the lead. But he would roll in Grizedale Forest in the Lake District, losing three and a half minutes – partly while he struggled to find his time cards in the debris. Salonen was back into the lead come the overnight halt in Liverpool that evening.

It became an advantage that Salonen would stretch through the wet and slippery Welsh forests on the final day. He finished up one minute and 22 seconds clear of the rest, a margin that belied the closeness of the competition. Alén finished second, which would crucially be just one place ahead of his rival Kankkunen after a broken turbo forced team-mate Eriksson out of third with only two stages remaining.

Still, the result was enough to put Alén into the championship lead by one point, a margin he extended with victory on the Olympus Rally in the USA. Unfortunately for him, the decision was eventually taken to annul the results from Sanremo, costing him the title to Kankkunen – meaning that his tenure as champion lasted just 11 days.

Peugeot ultimately concluded the Group B era with back-to-back drivers’ and manufacturers’ titles, and suitably locked out three of the top four places in Britain, with Mikael Sundström in fourth. Kalle Grundel gave Ford fifth in front of four Metros, with Pond, Jimmy McRae and David Llewellin thrilling the home crowds. Rounding out the top 10 was Ingvar Carlsson in the best of the tamer Group A cars (in his case a Mazda 323) that would form the basis of a sadder but wiser WRC going forward.

At the end of 1986, Alén was invited to Lancia HQ near Turin to be shown his new car for 1987: a castrated Delta compared to the outlandish S4 he had driven up to then. As he looked it up and down silently, Lancia’s engineers were anxious for his verdict. “Very nice,” concluded the Finn – much to their relief. Which was short-lived when he added: “Now show me the rally car…”

Rallying would never be the same again, which is why the 1986 RAC remains etched in the memory as a legendary Rally GB moment.

This month’s issue of Motor Sport is a Group B special. Order your copy here.

The digital version is due on Thursday October 27. 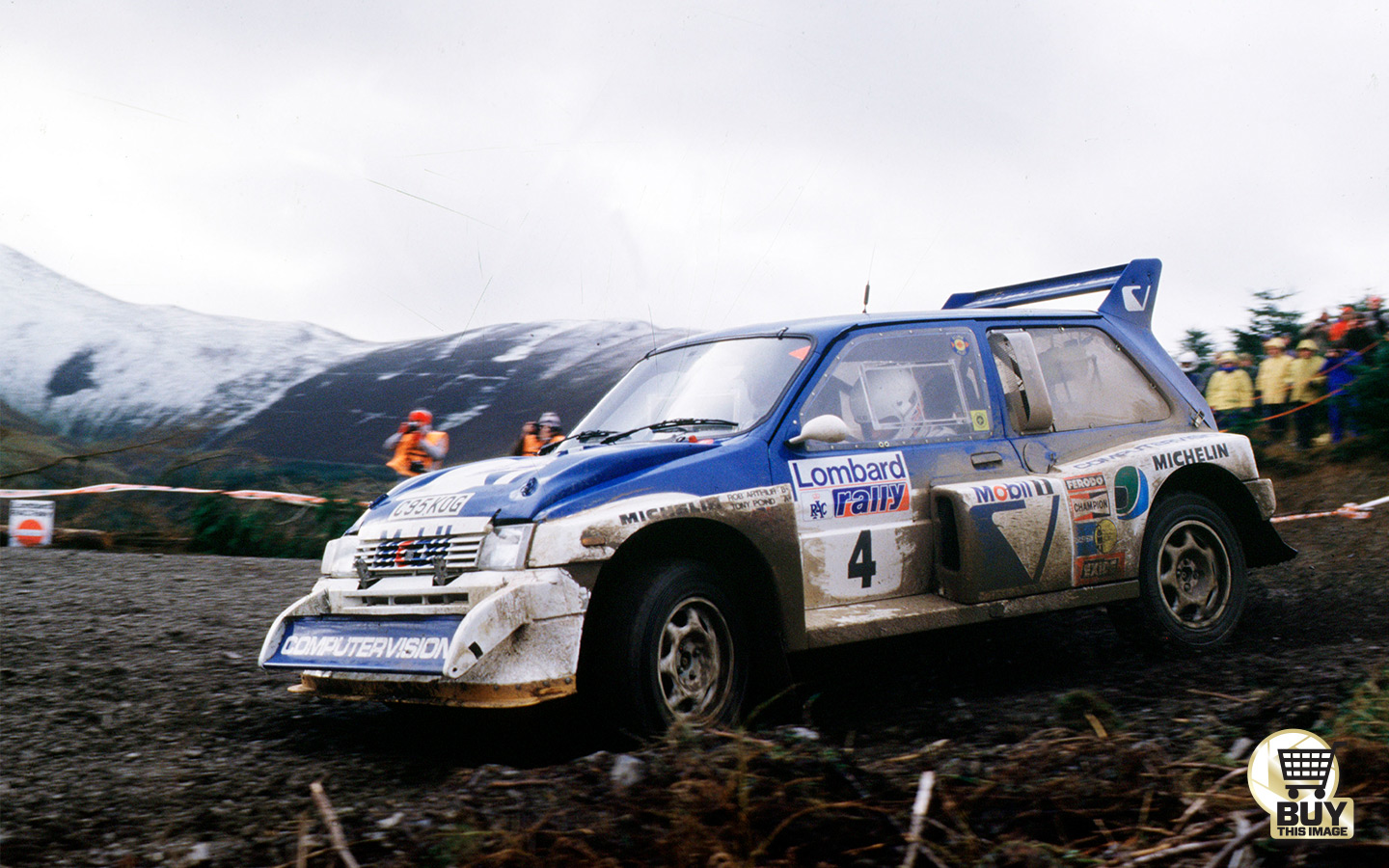