When Tom Cary was asked to co-drive for Tony Jardine at Wales Rally GB, he jumped straight into the deep end 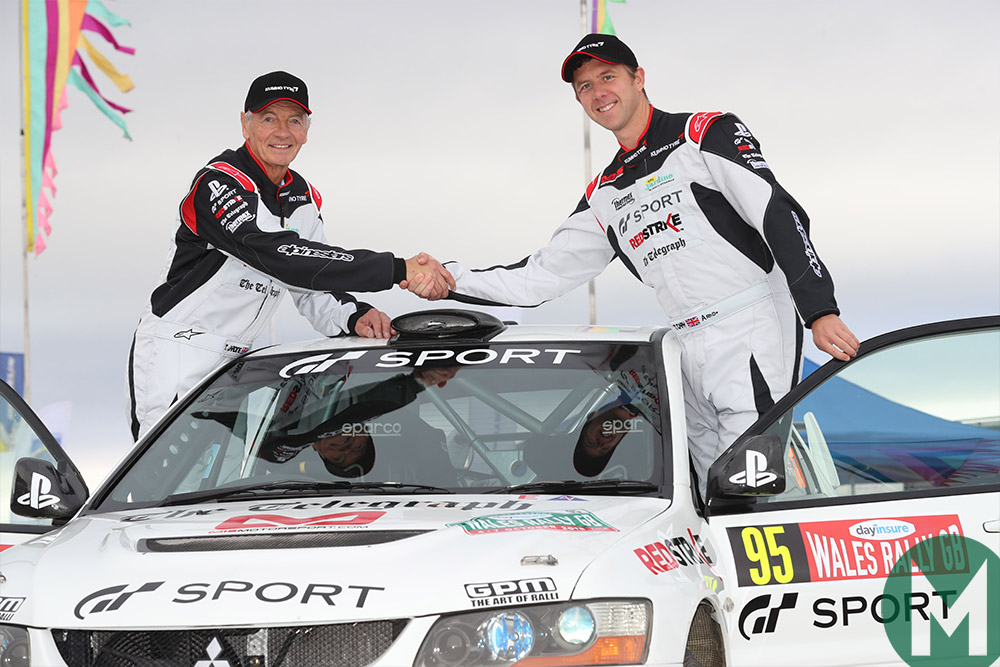 “I was panting,” Nigel Mansell admitted afterwards. “I was gripping the club as tightly as you grip a racing car steering wheel. I had first, second and third degree burns on the buttocks from petrol spillage in my first Grand Prix, but it was still a lot easier than this…”

Perhaps unsurprisingly, Mansell fluffed his first shot in the 1988 Australian Open, the ball – according to the late, great Ian Wooldridge in the Daily Mail – nearly taking out two spectators before settling near a wire fence.

To his credit, he recovered to shoot a 77 in his first round and 86 the following day (he is, or certainly was, a bloody good golfer, Our Nige). But to be honest, the fact that he played at all was what mattered.

Mansell may have missed the cut, but as a golf fan he had lived the dream. Just the experience of teeing it up in a big event, alongside big stars such as Ian Woosnam and Mark Calcavecchia, with a big gallery watching on, was what it was all about. Testing himself against the best.

It’s rare in any sport that amateurs can just walk in off the street and compete at the highest level. We’ve all dreamed of being suddenly teleported onto the Wembley pitch to play for England, fooling ourselves that we could do a job (“I could do have put that in!”), or into Lewis Hamilton’s cockpit at Silverstone, or the first tee at a Ryder Cup. But rarely, if ever, do these dreams become a reality.

Tony and I even led Kimi Räikkönen for a night.

Some sports hold Pro-Am events, but they are more hit-and-giggle than serious competitive sport. Others create experiences for amateurs, trying to simulate what a professional would go through. The hugely popular L’Étape du Tour, which sees thousands of cyclists every year take on the Tour’s queen stage, is a good example (Alain Prost once finished 42nd out of 5000 riders, and 12th in his age group). But, again, that is strictly for amateurs.

Unless you’re mates with Greg Norman (which was Mansell’s way in), or you have a lot of time/money/celebrity (see Usain Bolt’s ongoing attempts to become a professional footballer), or you have serious talent and you’re aiming to turn professional soon, it’s unlikely you’re going to get to rub shoulders with the stars, on their turf, at the same time.

Rallying is a notable exception. You don’t need any particular skill behind the wheel to co-drive.

I must have known Tony Jardine, the Formula 1 pundit turned motor sport PR, for all of 30 seconds by the time he proposed strapping me into the passenger seat of a Subaru Impreza and tackling the 2010 WRC Sweden.

Ever the opportunist, Tony had smelled fresh blood in his apparently insatiable crusade to scare the bejeezus out of every motoring hack in the UK.

And having taken up the F1 reins at the Telegraph just a few months previously, I didn’t know any better.

That first campaign was a real eye-opener. While you don’t need any particular skill behind the wheel to compete, this was the real thing.

So you do need to undergo a medical, including an ECG and an eye test before you can get a national competition licence from the MSA. You do need to do a minimum number of national rallies before you can apply for an international competition licence. You do need a car, a service team and so on. It requires a certain budget. You do wear fireproof overalls with your blood type sewn into the waistband.

But the point is, rallying is not exclusive to the pros. Anyone can have a crack. Tony and I had some great times at small-ish rallies such as Swansea Bay, the Tempest and the Woodpecker where enthusiasts outweigh pros (and some not so great times, too, such as when I had to get Tony to pull the car over on the Cheviot Stages rally in Northumberland so I could lean out of the door and reacquaint myself with the bacon and egg sandwich I had eaten earlier).

By the time we reached Sweden in February 2010, with its snowy forest tracks at -20deg C temperatures, I was hooked. Tony and I even led Kimi Räikkönen for a night. OK, it was Kimi’s first World Rally Championship event and he got stuck in a snowbank. But it proved you really are driving the same stages as the stars, in the same conditions, at pretty much the same time.

When Tony asked me to team up with him again for the 2018 Wales Rally GB, I didn’t think twice. I realised he must be scraping the barrel having enjoyed the rather more fragrant company of Amy Williams, Peta Cavendish and Georgie Thompson since last we drove together. But I swallowed my pride, and I’m glad I did.

A decade on, rallying in the UK may not be any more visible than it was then. The days of Colin McRae and Richard Burns battling it out on BBC Grandstand may feel as far away as ever. But that lack of mainstream attention has its charms: Rallying is such an unpretentious sport, the fans are genuine enthusiasts turning up in Welsh forests in their droves year after year, and the drivers are human. They don’t hide behind three layers of PR. We passed Sébastien Ogier, the five times world champion, on our recce, just as he was putting his tow rope back in his car having helped to pull another competitor’s car out of a ditch. He stopped for a chat. 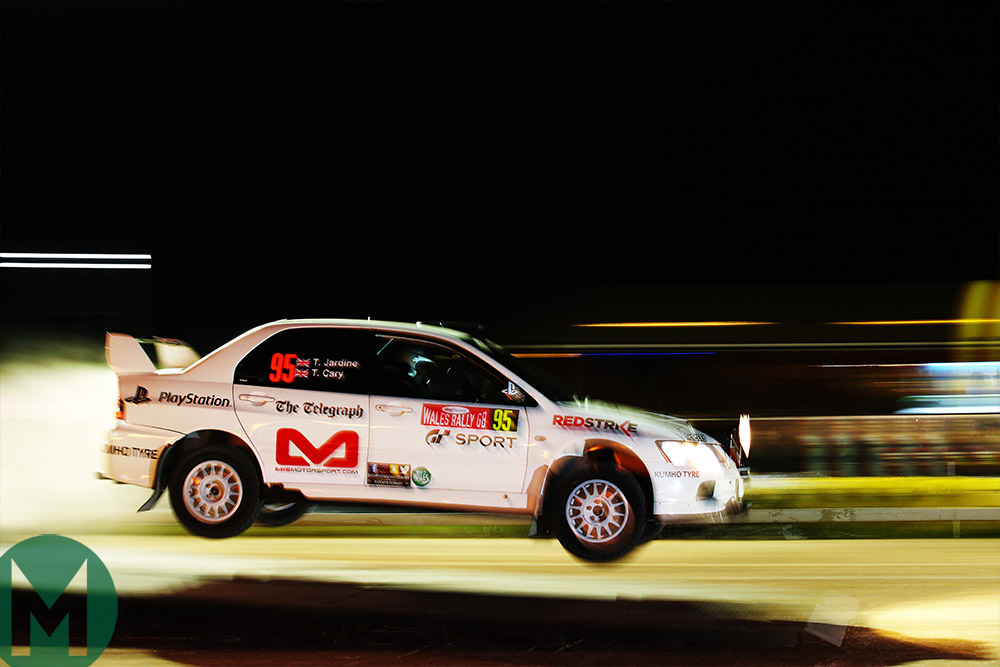 As for the rally itself, it was great. Unfortunately, I got my fuelling strategy all wrong on day one and ended up puking again, just as I had a decade ago (this time, rather than a bacon and egg sarnie, I forgot to eat anything – just as bad). But we learnt from that: I got some motion sickness pills for day two. And got stuck in. And we really were competing on the biggest stages in the sport. Sweet Lamb, Myherin and Dyfi – iconic mid-Wales stages – in the mud and rain. Big jumps, big air.

My pace-note calling went OK but I’m not fooling myself. It was Tony’s 24th time competing in his home event, a record for an amateur, and it was almost totally thanks to him that we finished 33rd overall and first in our class (NAT4).

But just for a week, I was able to live the dream.