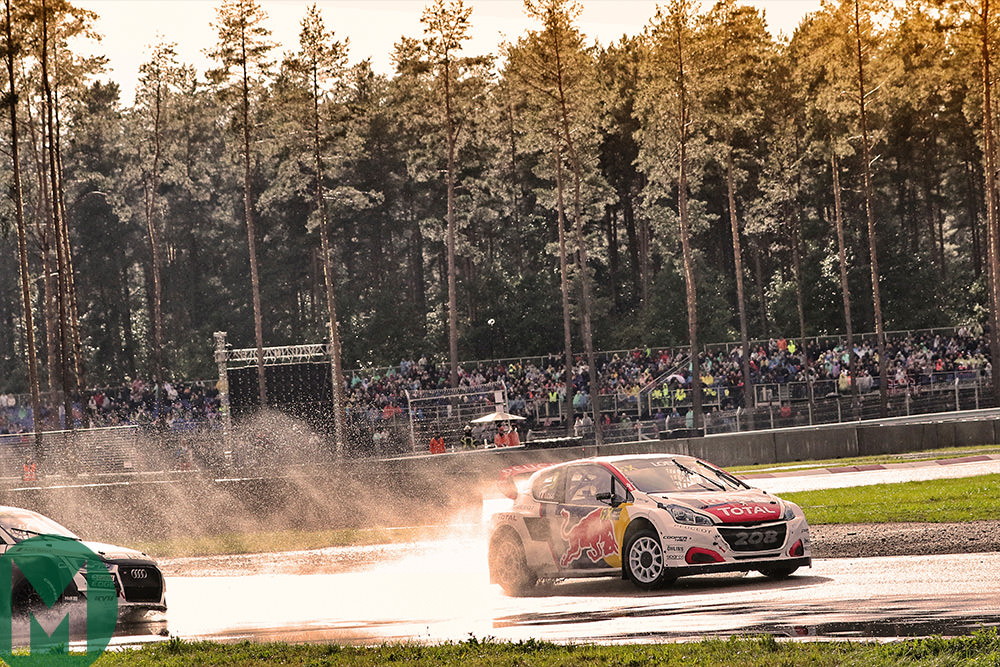 British fans will have two chances to Sébastien Loeb this year, with the nine-time World Rally Championship winner confirmed for the opening round of the British Rallycross Championship.

Loeb’s Team Peugeot team-mate Timmy Hansen will also be in the field at Silverstone on March 17, along with Renault Clio R.S. RX driver Guerlain Chicherit.

The BRX event will be the curtain-raiser for Silverstone’s new rallycross track, which has taken over from Lydden Hill as the host of the UK’s World Rallycross Championship round. The World Rallycross meeting takes place two months later on May 25-27, giving Loeb and Hansen a valuable head start on the rest of the WRX field.

One thing will be different though: the rubber. The British Rallycross Championship races with Toyo tyres, with the world championship using Cooper.

Mark Higgins, three-time British Rally Championship winner and now often seen hammering around the Isle of Man circuit in a Subaru, is also in the field.