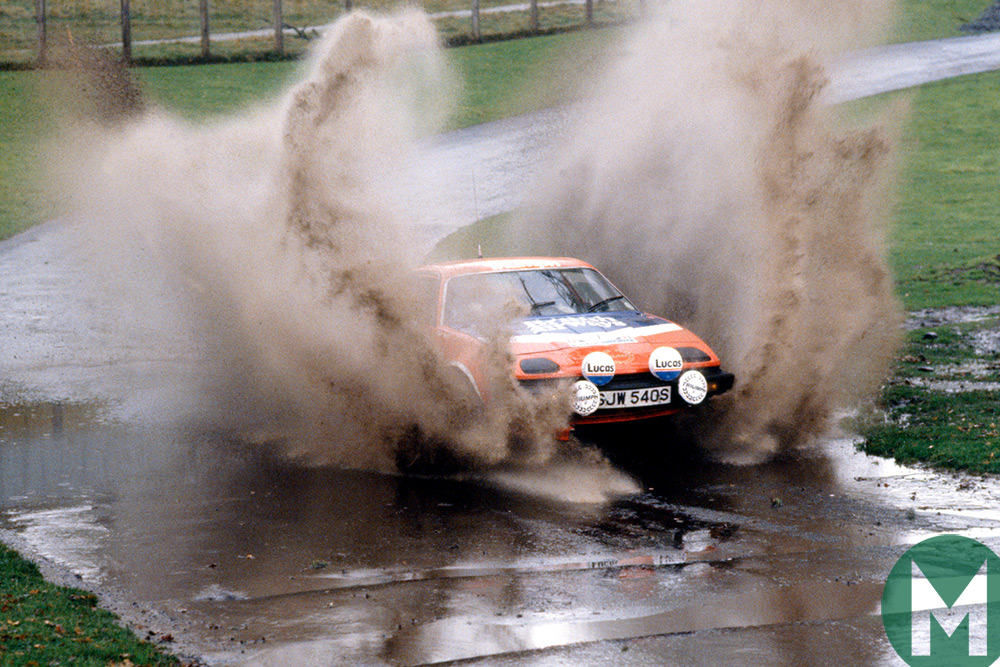 I had to be reminded recently that the UK round of the WRC takes place this month. That someone who stood out in the rain to see Tony Pond driving a TR8 and will buy a 6R4 when his numbers come up had forgotten about the Wales Rally GB raises a big issue for rallying.

The ‘Lombard RAC Rally’ used to be back-page news, with high-profile coverage on BBC TV and Messrs Woollard and Mason commentating from various stately homes or impenetrable, unpronounceable forests. Now? Even hardcore motor sport fans would struggle to tell you which channel you can watch the coverage on, or even who the championship leader is, let alone the title sponsor.

Rallying has tried to adapt itself, but it has done so seemingly without a long-term fan-focused strategy driving those adaptions. Gone are those amazing marathon events overnight through the forests in the mist and fog. In have come short, supposedly TV-friendly stages in loops around a central service park.

Rallying roots in the UK and others – let’s not even start on the loss of the Safari Rally – have been lost to so-called progress. At the same time, rallycross is having its regular revival and is poised to become one of the biggest growth areas of all motor sport.

Rallycross plays to the shorter attention spans of the ‘second-screen viewer’ that worry all major sports from football to baseball. Even at the pinnacle of our sport, Formula 1, this paradigm shift in entertainment offering and behavior is being noted. A senior marketing executive in F1 recently uttered words to me unthinkable in the Bernie era: he sees his competition off-track not as other F1 teams but other sports. Namely, trying to secure the attention casual fans have for other ‘new’ sports and various expanding leisure activities.

To help the promoters of the WRC – amazingly these include Red Bull, the kings of short form, extreme entertainment – I point them in the direction of one of the most traditional of sports. Cricket.

At times cricket has looked to be in continual decline in terms of fan numbers, commercial revenues and new players. Yet today I hold it up as a best practice of a bold experiment that traditionalists fought hard against and yet has revived the sport.

The five-day game has renewed interest because of its upstart little brother: T20. Built around short, sharp matches with complimentary entertainment at the venue, T20’s appeal has been twofold. Not only has it attracted the casual fans, those so desperately sought by F1, but also the ‘surprised fans’, the ones that attend the event for a social drink after work and then are surprised they actually enjoyed the sport. This new audience for T20 is bringing additional revenue across cricket and acting like a ‘gateway drug’ to the hardcore one day and test match formats.

England’s best player being caught fighting in the street aside, the sport is now in rude health. Buoyed by their success, cricket authorities are not resting on their laurels. Cricket’s ruling body, the ICC, has just approved a rule to allow four-day test matches as another experiment.

Rallying has its own ‘gateway drug’ in rallycross but the two are not likely to work in harmony to improve the offering of the sport overall. Different promoters and stakeholders mean different objectives, and it is unlikely the FIA could join the dots for the good of the sport.

So rallying has become a halfway house, a reflection of the one day game without the feeder of T20 or the endurance soap opera that is the Ashes. And all this at a time when endurance is making a cultural comeback. People are watching the mental and physical endurance of celebrities trying to survive weeks in a jungle or being challenged by Bear Grylls. And you want cars? Clarkson, May and Hammond make themselves a small fortune by promoting their long car-based adventures around the world to a casual audience.

While I am highlighting cricket as the leader, other sports are experimenting with their traditional formats including golf and tennis. In motor sport, rallying is not the only culprit for sticking with a seemingly broken format. The problem is that I care so much about the future of the WEC and Formula 1 that I have forgotten that rallying needed saving too.