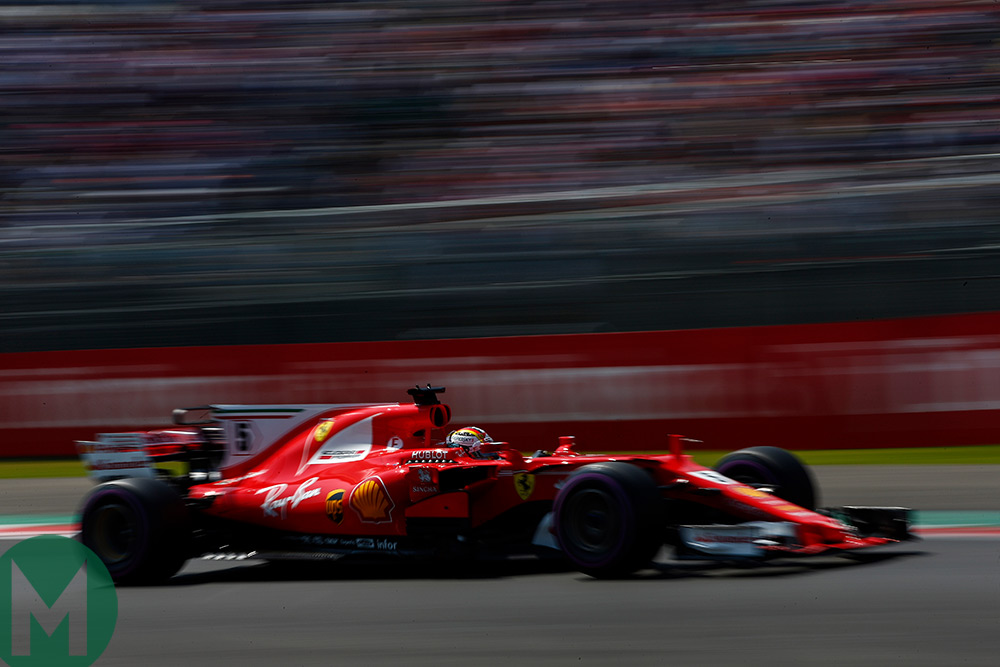 The FIA and Formula 1 manufacturers have agreed on a framework for power unit regulations past 2020. The biggest changes affect the engine speed and the loss of the MGUh.

A 3000rpm increase should improve the sound, and the loss of the MGUh unit, in place of a more powerful MGUk which will can be used manually throughout the race to harvest or use energy, will reduce costs, the FIA hopes.

Fuel and oil-burning regulations will also be tightened, perhaps creating a more level playing field. The framework will be improved and fully set out in 2018. Read the full story here.

Ferrari president Sergio Marchionne expressed his disapproval of the new engine regulations, in a conference call with analysts on Thursday. “There are a couple of things we don’t necessarily agree with,” he said. “One of which is the fact that somehow powertrain uniqueness is not going to be one of the drivers of distinctiveness of the participants’ line-up. I would not countenance this going forward.”

“I understand that Liberty may have taken these into account in coming up with their views, but I think it needs to be absolutely clear that unless we find a set of circumstances, the results of which are beneficial to the maintenance of the brand, and the marketplace, and to the strengthening of the unique position for Ferrari, Ferrari will not play.”

He later went on to say: “What I do know is that it [F1] has been part of our DNA since the day we were born. It’s not as though we can define ourselves differently. But if we change the sandbox to the point where it becomes an unrecognisable sandbox, I don’t want to play anymore. I don’t want to play NASCAR globally, I just don’t.”

The F1 Strategy Group will meet next Tuesday to discuss the new engine regulations, and more details about F1’s plans post-2020 will be decided then, including financial caps and measures to level the playing field. Ferrari is committed to the motor sport until 2020 under the current deal.

Ogier future in doubt, Evans to get M-Sport promotion

After becoming the first Welshman to win Wales Rally GB, and the first British driver to do so since 2000, Elfyn Evans is set for a promotion as a M-Sport World Rally Team driver.

The future of DMACK WRC Team is unknown, but so is WRC Champion Sebastian Ogier’s future at M-Sport. When he was asked about a possible retirement at the end of the season, Ogier told WRC.com: “Consider, yes. Of course, this kind of moment (winning the title) makes me think about the risks you take, especially like in the test. I couldn’t do anything with this crash, it was just bad luck.

“I am enjoying a lot of time at home with my son and my wife, of course you can see life differently, but when you make a weekend like this….I’m not winning this weekend, but it was a big pleasure behind the steering wheel and also we have the fastest WRC car ever. It’s good fun as well.

“I’m always analysing a lot of things in my way of managing the championship and the way of managing my life in general, so I don’t make the decision easily. I’m still working on different options. I’m honest with you, right now I haven’t really decided,” Ogier added. 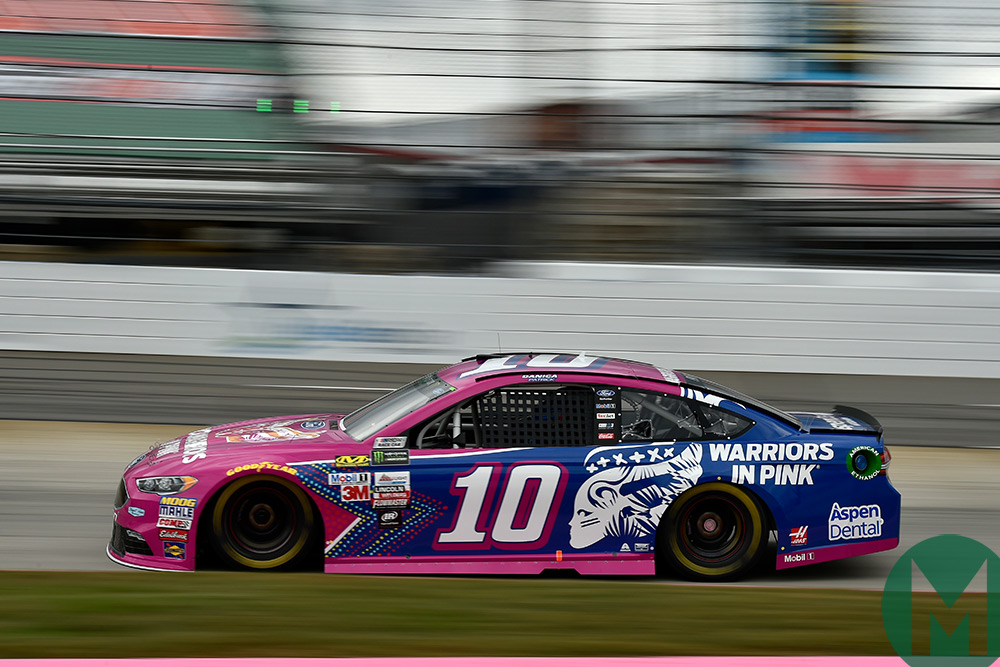 Danica Patrick will no longer race for Stewart-Haas Racing in the 2018 NASCAR Cup Series as Aric Almirola will helm the no10 Ford from next season, according to Motorsport.com. Almirola himself was replaced by Bubba Wallace at Richard Petty Motorsports last week.

Patrick announced in September that she would be leaving SHR due to a lack of sponsorship. She joined the team in 2013 and amassed seven top-10 finishes, with a best finish of sixth at Atlanta in 2014. 35-year-old Patrick has not announced any plans to retire.

Peugeot to stop Dakar programme after 2018

Peugeot has announced that the 2018 Dakar Rally will be its last for the foreseeable future. Having won the ’16 and ’17 iterations, Peugeot will enter its 3008DKR Maxi in the ’18 event.

The move comes as Peugeot is unsatisfied with new rules hampering rear-wheel drive cars in the Dakar. 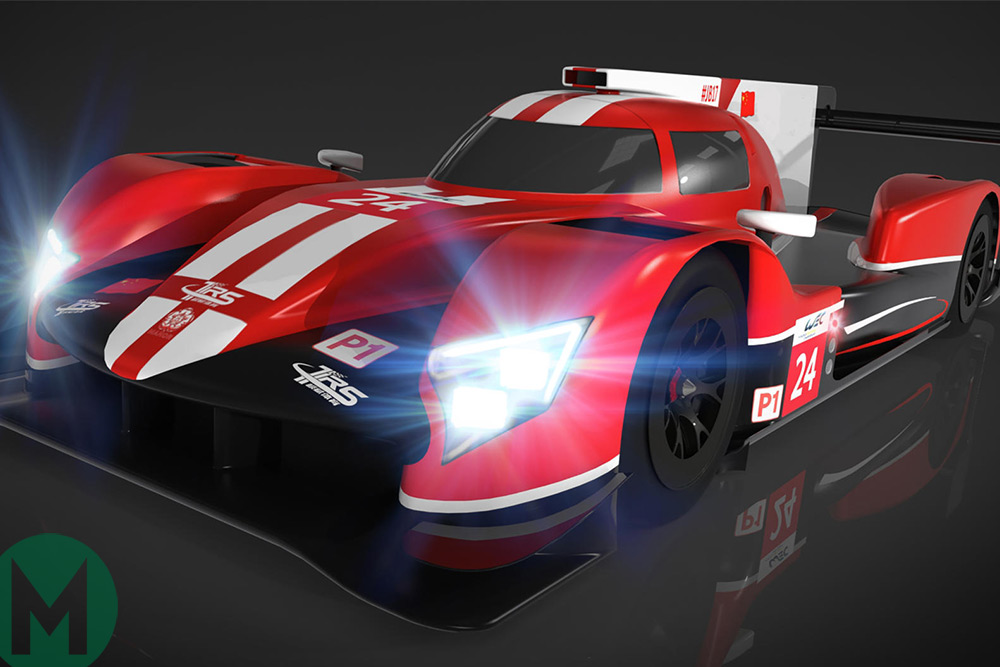 Manor steps up to LMP1 with Ginetta

Manor will contest the 2018/19 WEC superseason with Ginetta’s hardware, having spent the last two seasons in LMP2 with Oreca. The one car operation is the first to use Ginetta’s new LMP1 challenger.

As a result, both the 2018 and 2019 Le Mans 24 Hours will be entered with the new Ginetta. Manor will go against ByKolles and Dallara/BR Engineering, and Toyota if the manufacturer commits to LMP1 long-term.

Yamaha’s Motobot attempted to beat Valentino Rossi’s time around Thunderhill Raceway Park, USA. Check out the video below to see how it fared.