Is the disappointing Paris Motor Show a sign of a wider automotive industry problem? 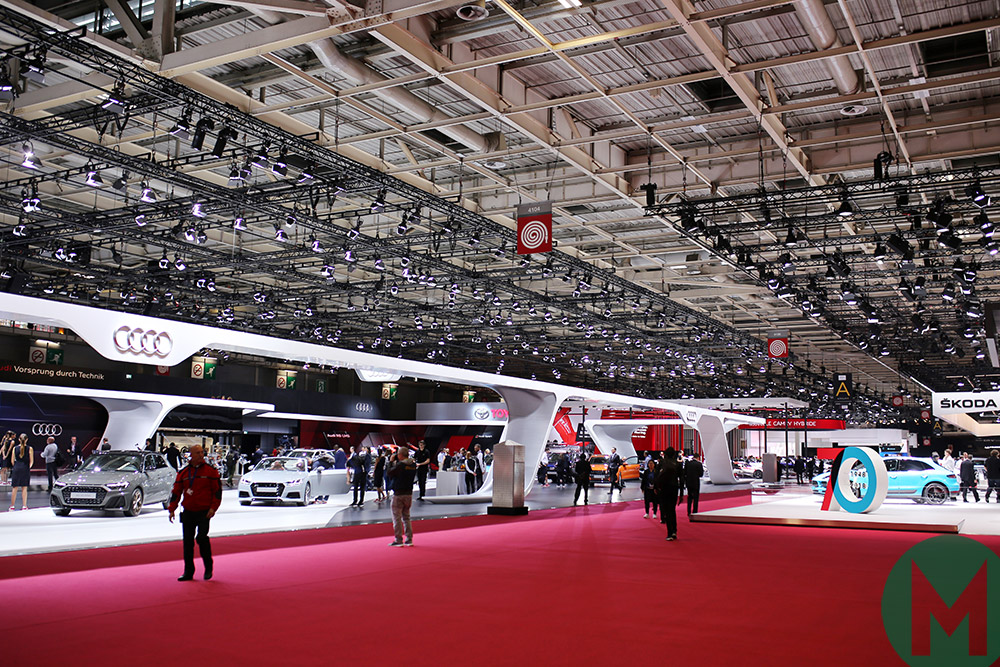 I’m writing this from the floor of the Paris Motor Show, a biennial event long considered a non-negotiable on the calendar of journalists and car manufacturers alike.

In the middle of the afternoon I bumped into an old colleague and asked if he thought he’d seen all there was to see. He replied, ‘yes, at least twice’.

Truth is, not only have many of the exotic manufacturers failed to turn up to this once crucial show, neither have automotive heavyweights like Ford, Nissan, and Fiat Chrysler Automobiles. Of course all the domestic brands are here, but none with any really big releases. Renault was thought to be bringing the fifth generation Clio, but now it seems its introduction has been deferred to Geneva in March.

But it’s not just the car makers who haven’t bothered with Paris in October, subjectively I’d say the number of journalists had taken a big hit too.

As ever it is the German brands who’ve made the biggest effort, with Mercedes-Benz coming with all-new GLE and B-class models, and BMW with the similarly new 3-series and Z4. But a couple of hours after their unveils you could walk up to them, climb aboard and try them for size. Ten years ago, the only reason you’d know they were even there was because of the clouds of journalists obscuring their view.

I fear Paris is now to join Detroit and Tokyo as a second-string show at best, leaving just Geneva, Frankfurt and China’s show (which rotates between Shanghai and Beijing) as the only big hitters left on the calendar.

Meanwhile, the industry appears unable to decide where it wants to go. If you think us Brits we’re being pulled and pushed in every direction by Brexit, it has little effect on the car business. We have a situation where diesel sales have been so decimated as to amount to little more than a third of cars sold here in France – always one of the most diesel friendly markets – despite the fact that companies like Mercedes have demonstrated unambiguously that the old problems with nitrogen oxide emissions are now entirely in the past.

But, in the meantime, tailpipe CO2 emissions are rising because of an increasing reliance on petrol power, which no one mentions now, as if climate change were no longer a talking point.

Instead, everyone talks about electric power, even though the age-old problems of range and charging times remain, while others – like how already hard-pressed national grids will cope with the massive increase in demand – lurk silent in the wings. Of course there is hybridisation to consider, but even its most ardent fan will concede that hybrids add weight, often measurable in the hundreds of kilogrammes, to provide a car with two separate powertrains that are rarely, if ever, able to operate at peak efficiency simultaneously. The result is that one is left to drag the mass of the other.

And they call it the future.

Meanwhile the decline in sales of family-sized saloons and hatchbacks continues apace, customers passing them over in favour of a bewildering array of SUVs with just one thing in common: all of them are higher, heavier and less aerodynamically efficient than the ‘normal’ cars they are replacing.

Which is why in 30 years of reporting upon it, I can’t recall a time when the motor industry has felt in greater turmoil than right now. There is some good news, in the form of a new, more realistic global standard for measuring fuel consumption and emissions called WLTP (Worldwide harmonised Light vehicle Test Procedure) and the industry’s struggle to adapt to its provisions undoubtedly explains at least some of the no-shows in Paris.

It will be interesting to see how it shakes out and what effect, if any, it has on buying patterns. But overall the picture is of a rudderless business thrashing around as it tries to figure out which way to go next, wrestling with questions posed not years but decades ago.

And it’s depressingly no closer to finding the answers now than then.