Bentley has revealed the Bacalar: a two-seat, roofless model that’s the first in a new series of high-end, limited edition cars.

It combines Bentley’s 650bhp 6.0-litre W12 engine with a lavish leather and wool interior, which uses 5,000-year-old Riverwood on its dashboard.

Only 12 car will be built, and the production run is sold out, at a price that’s thought to be well above the £160,000 of the Continental GT on which it’s based.

The Bacalar is named after a Mexican lake and Bentley bills it as the “definitive grand tourer”, although the lack of a roof means that’s extremely weather dependent. 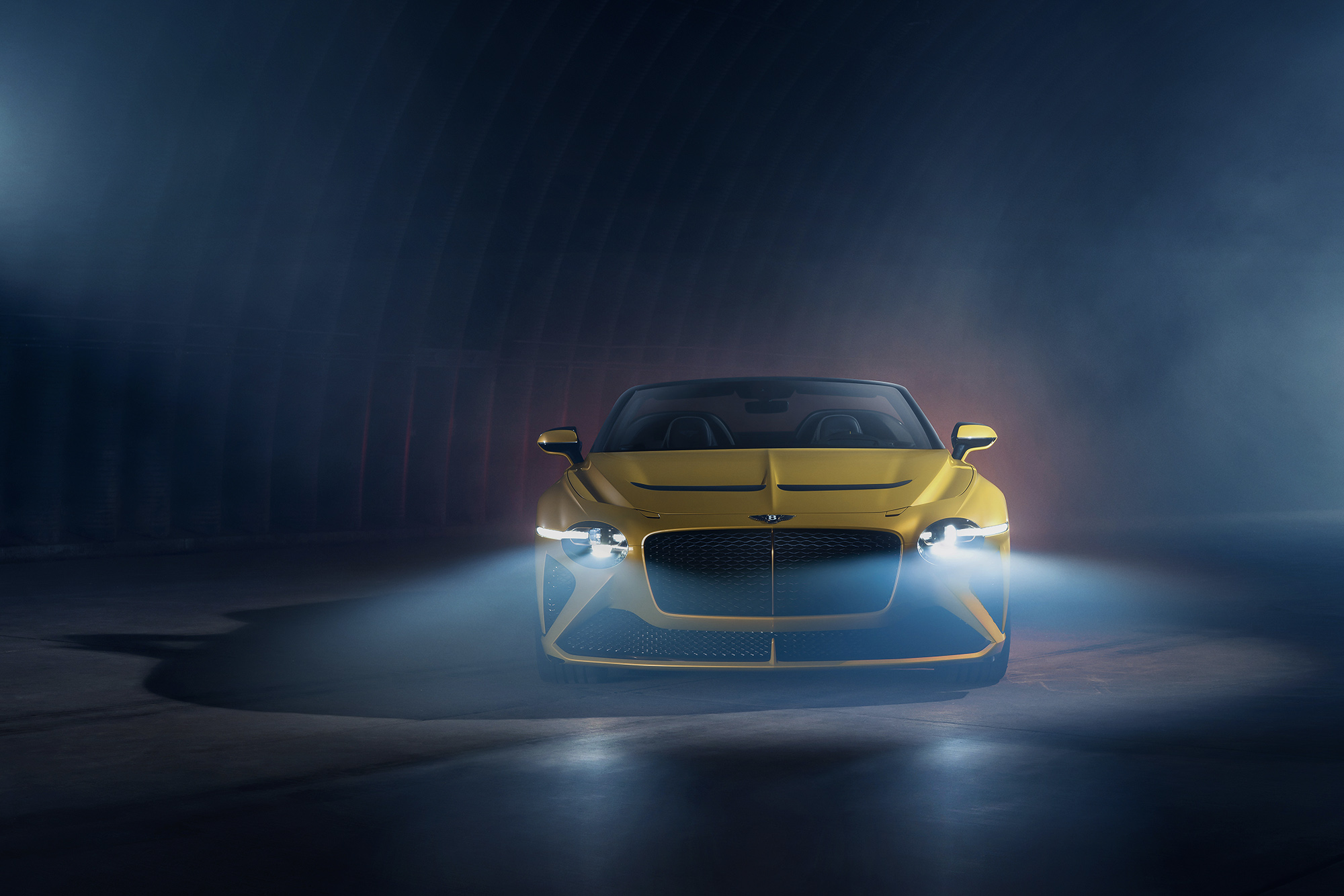 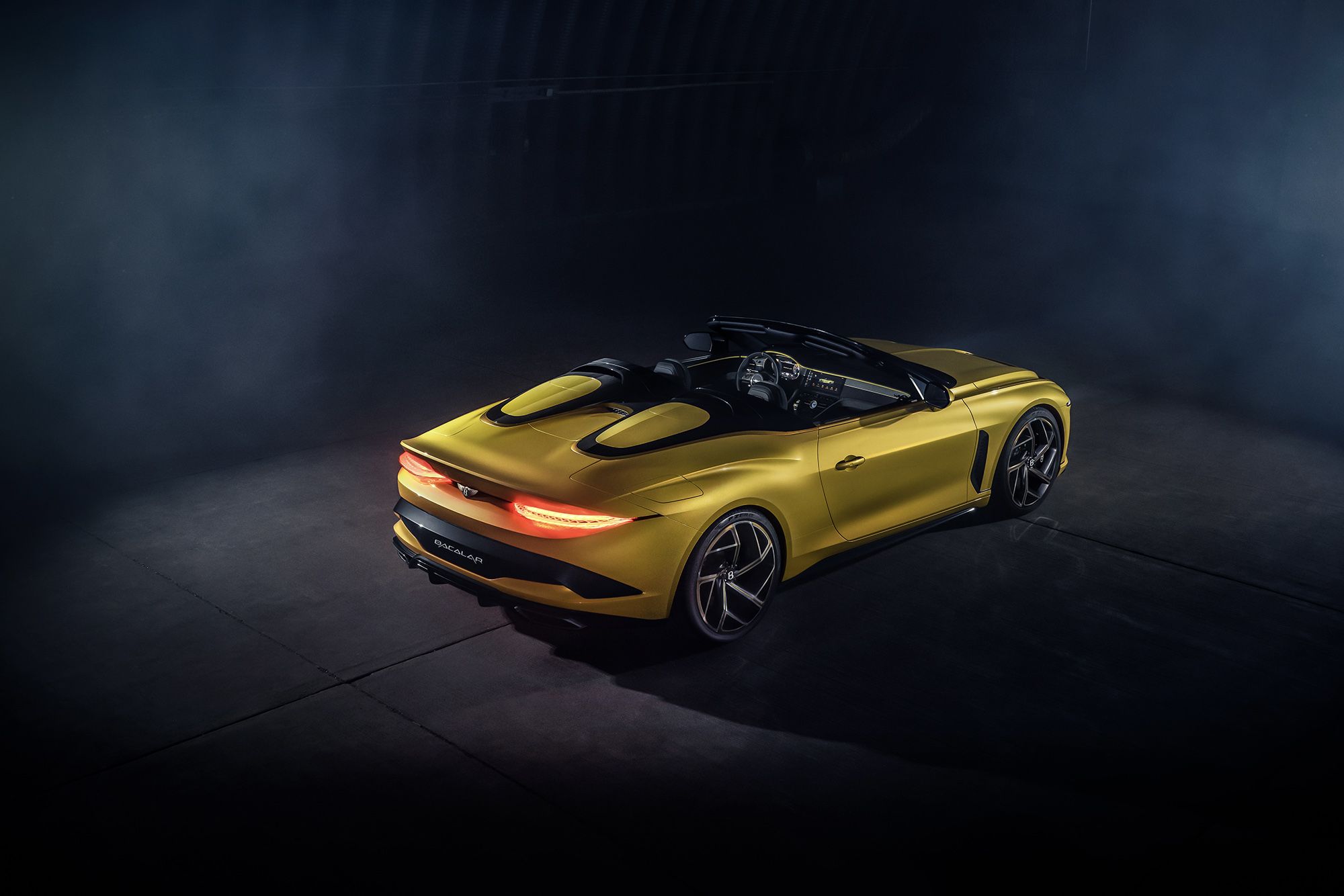 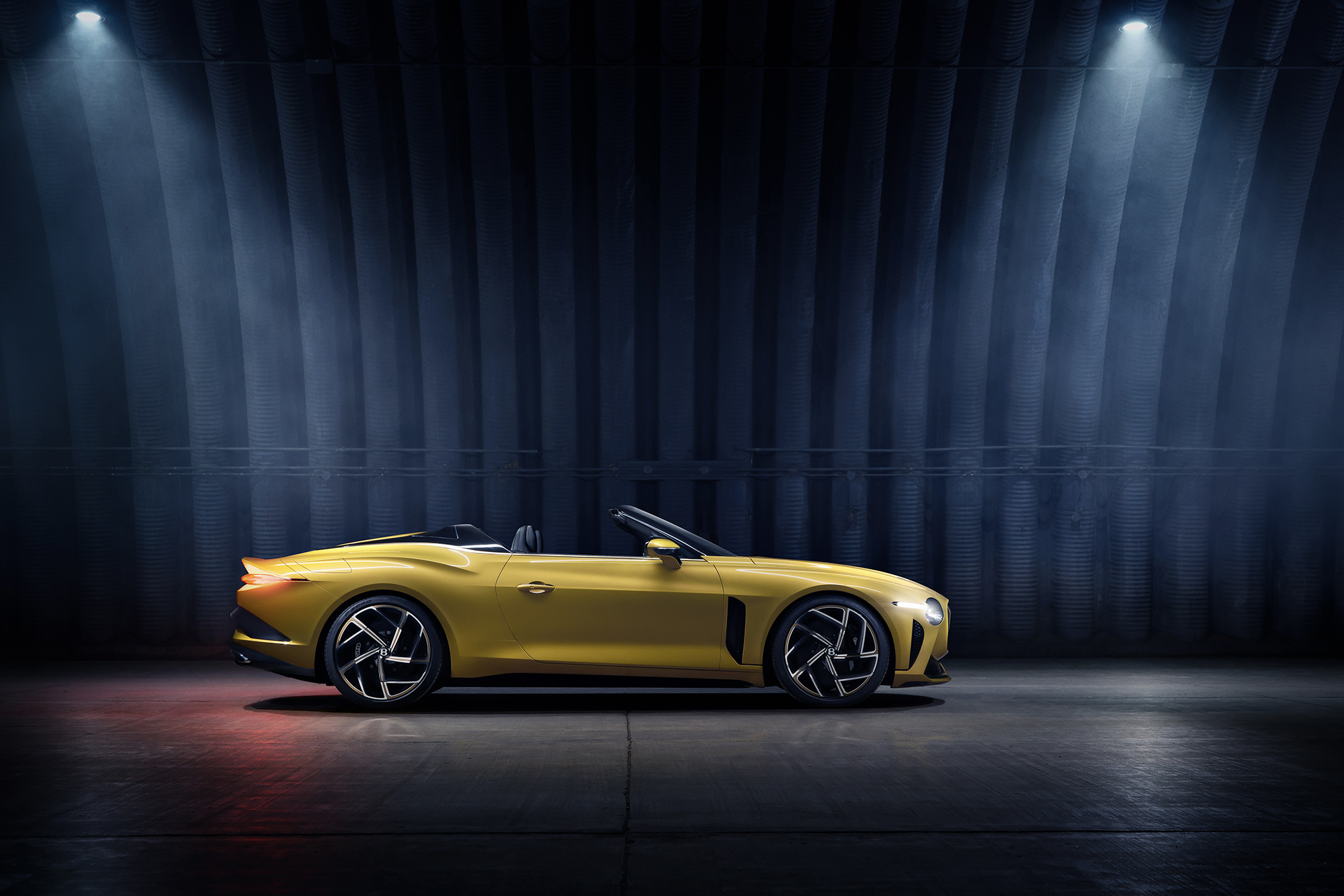 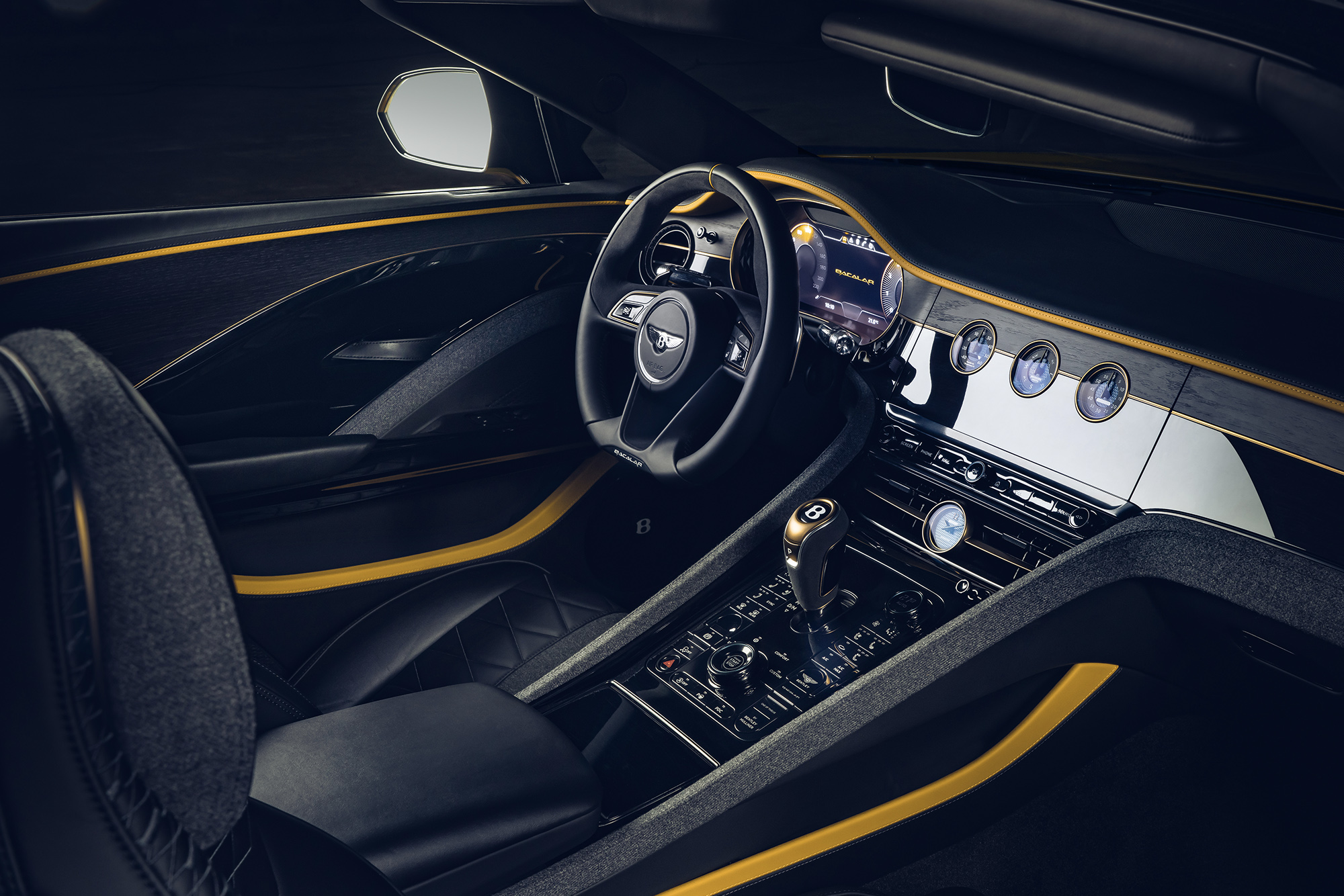 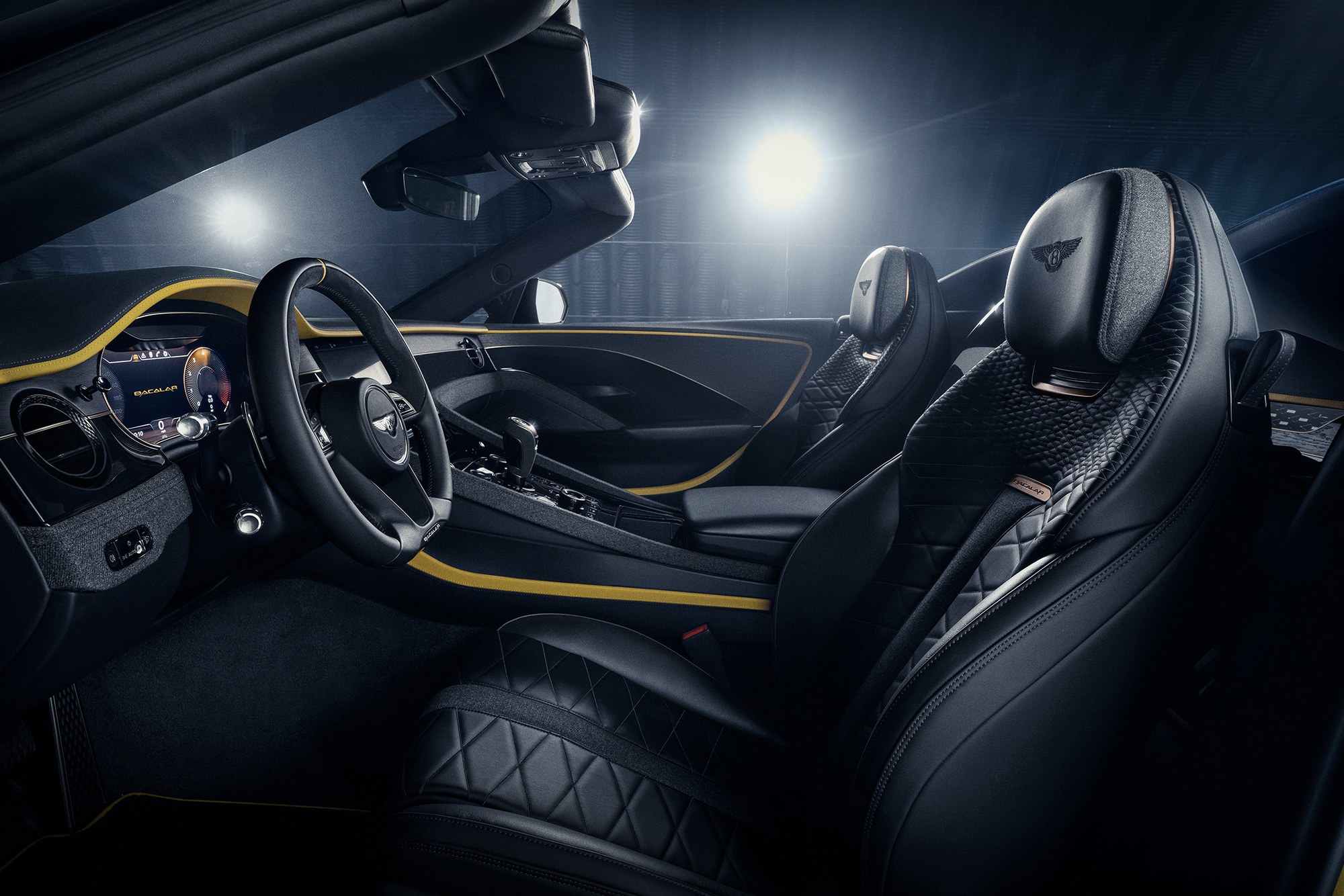 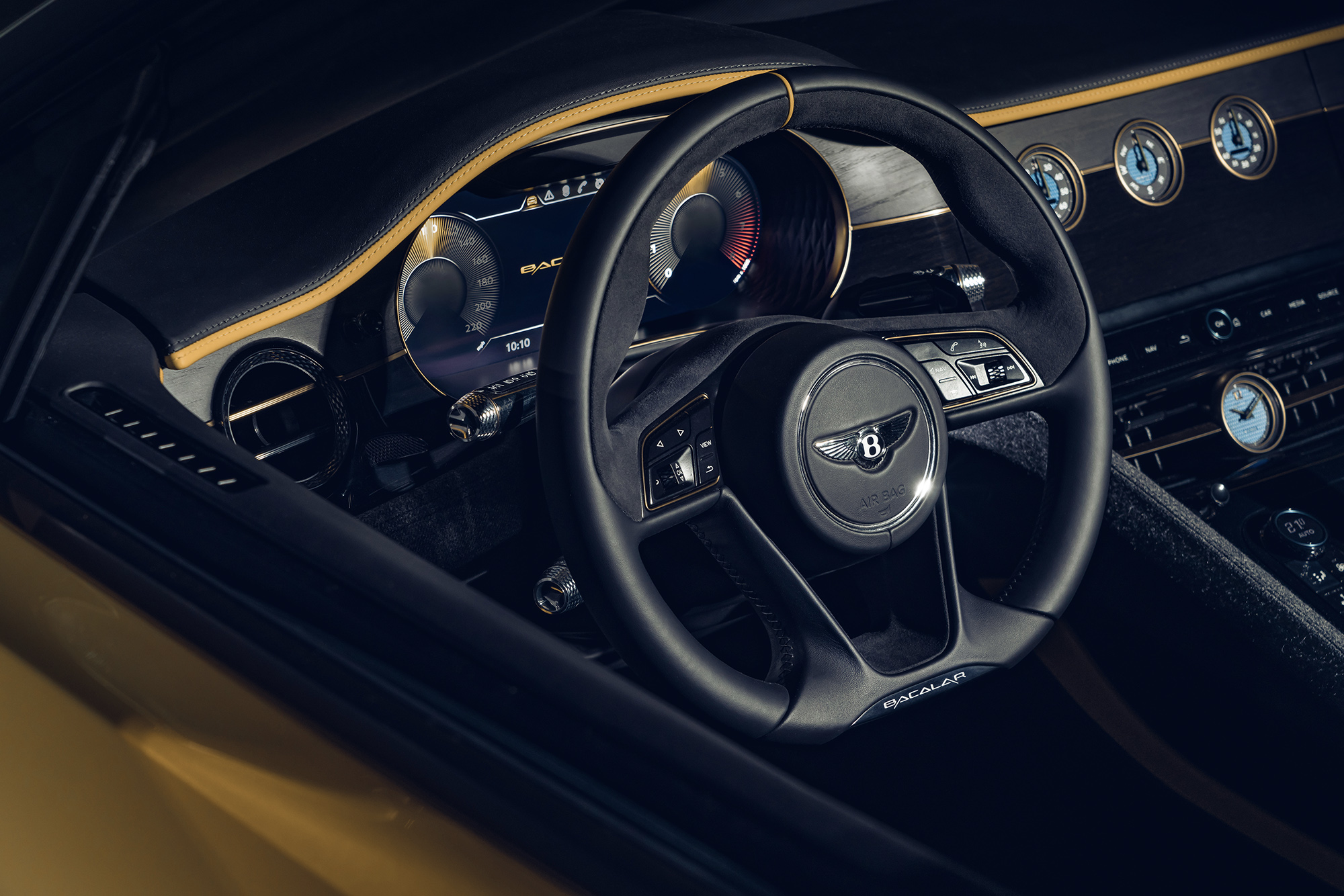 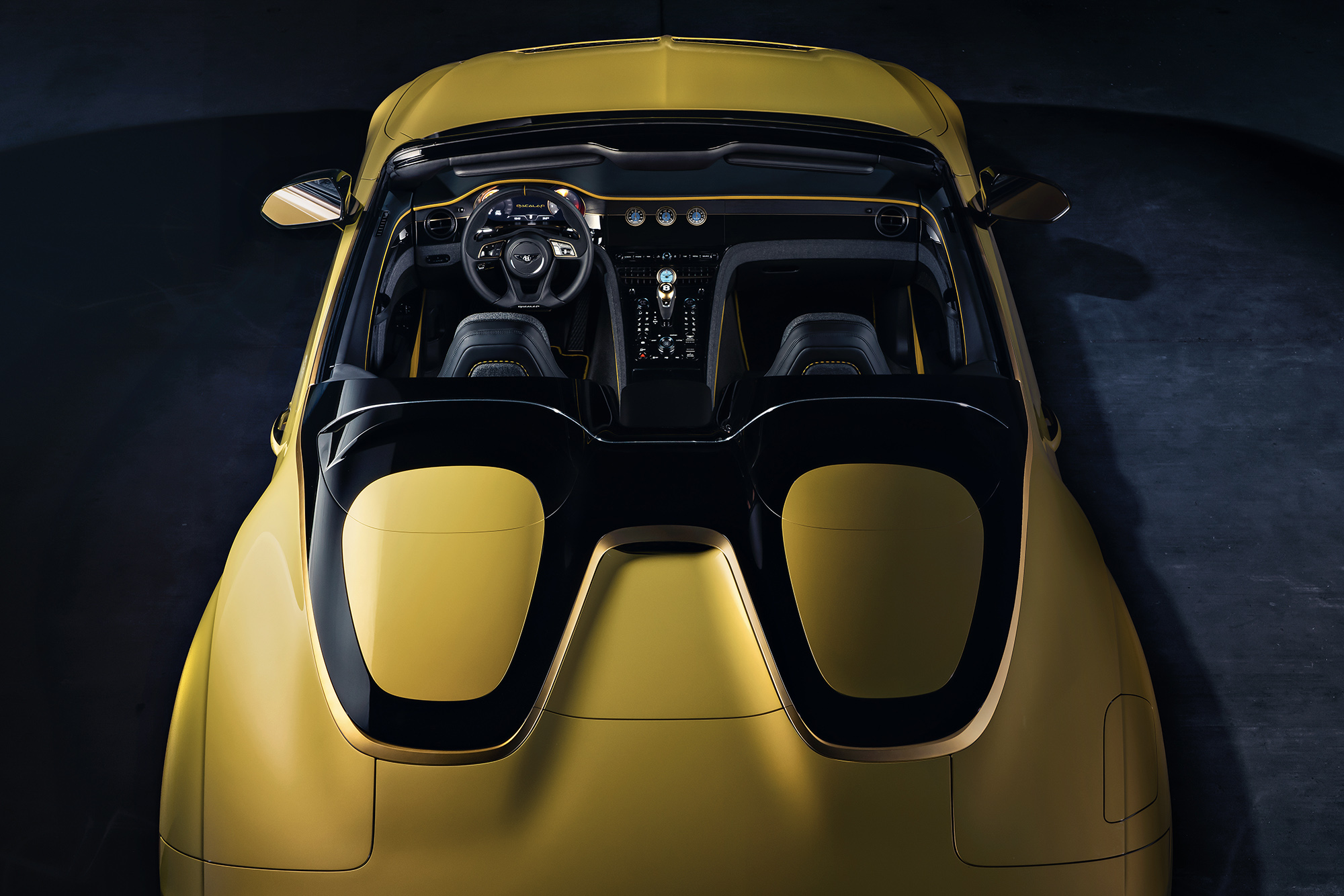 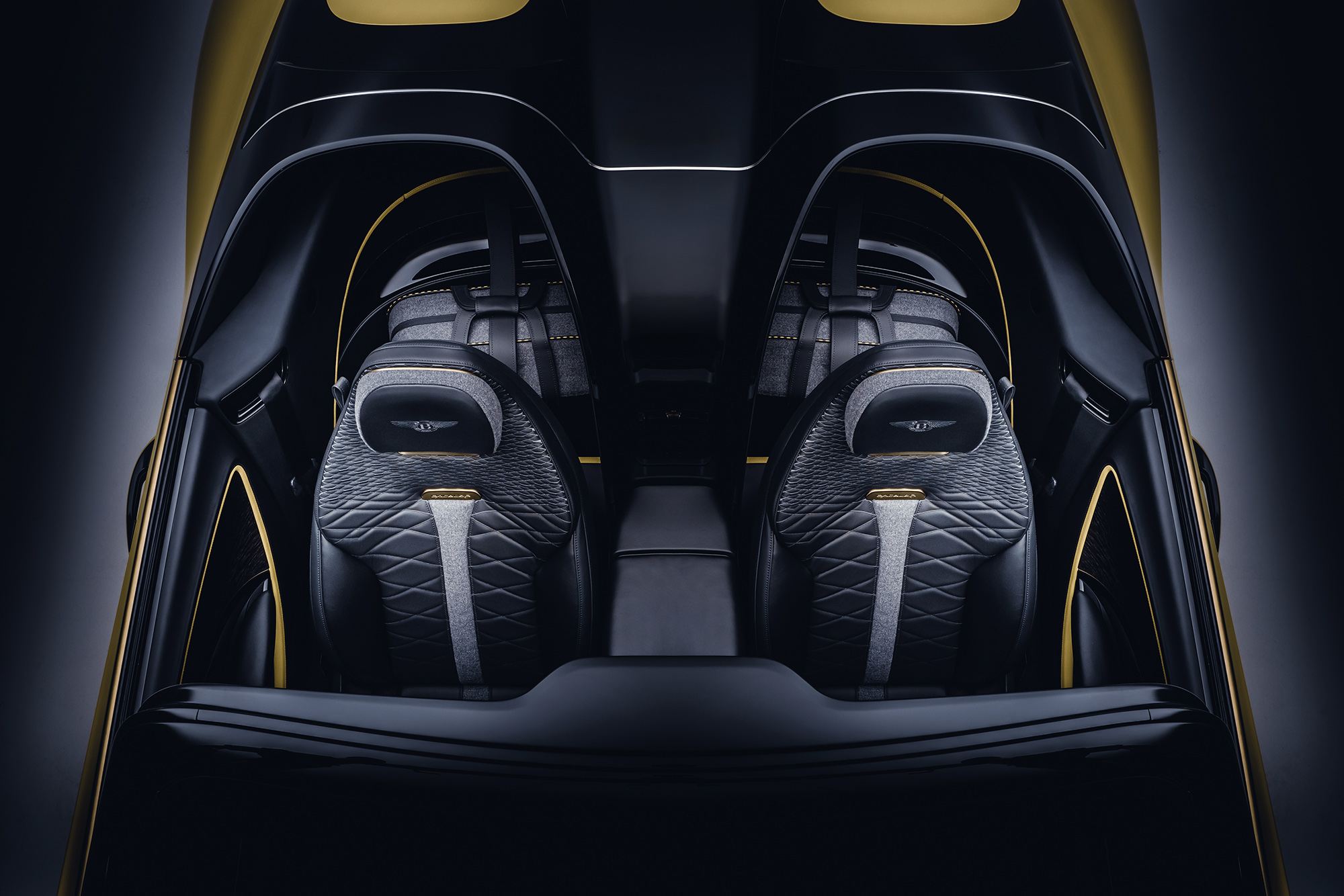 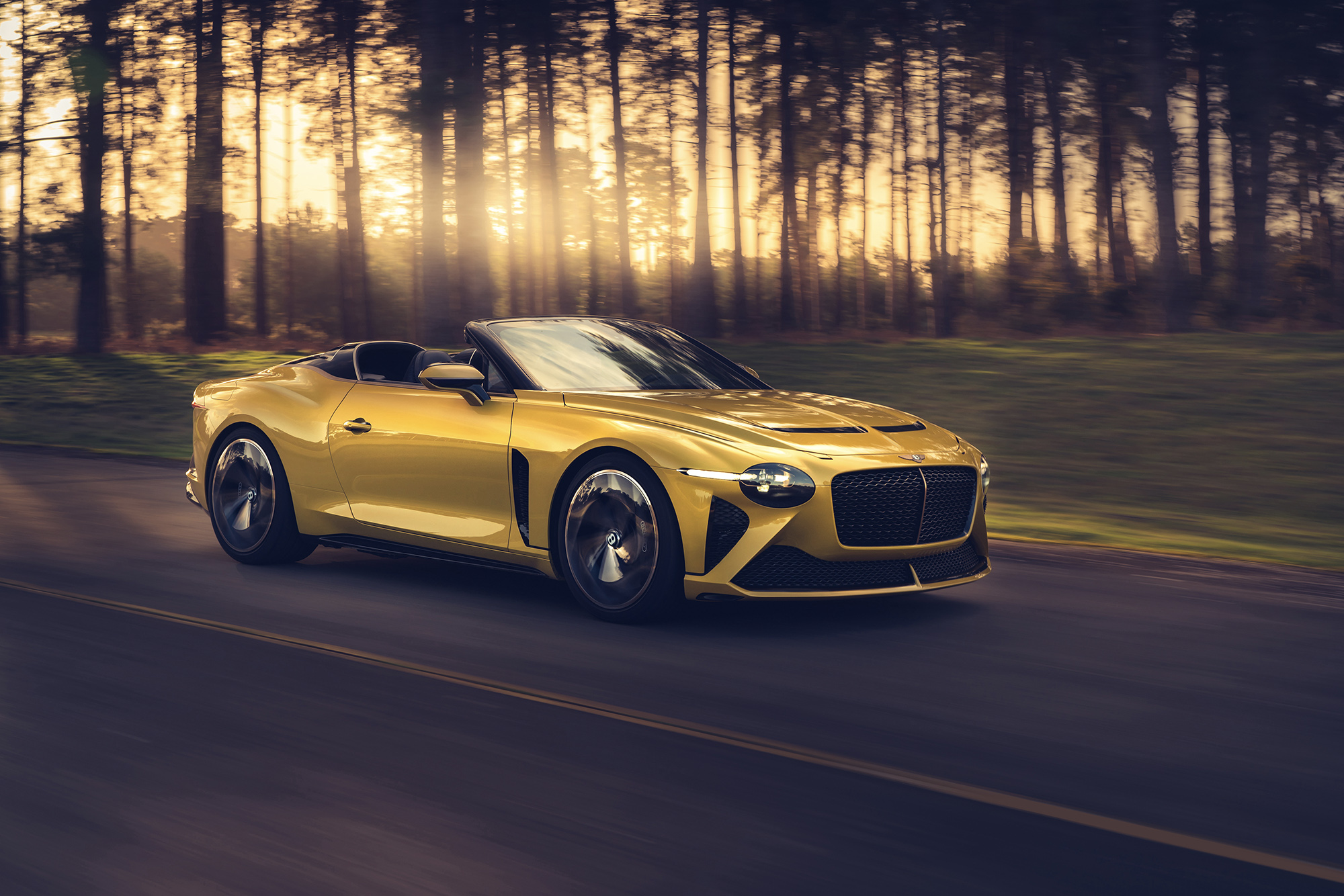 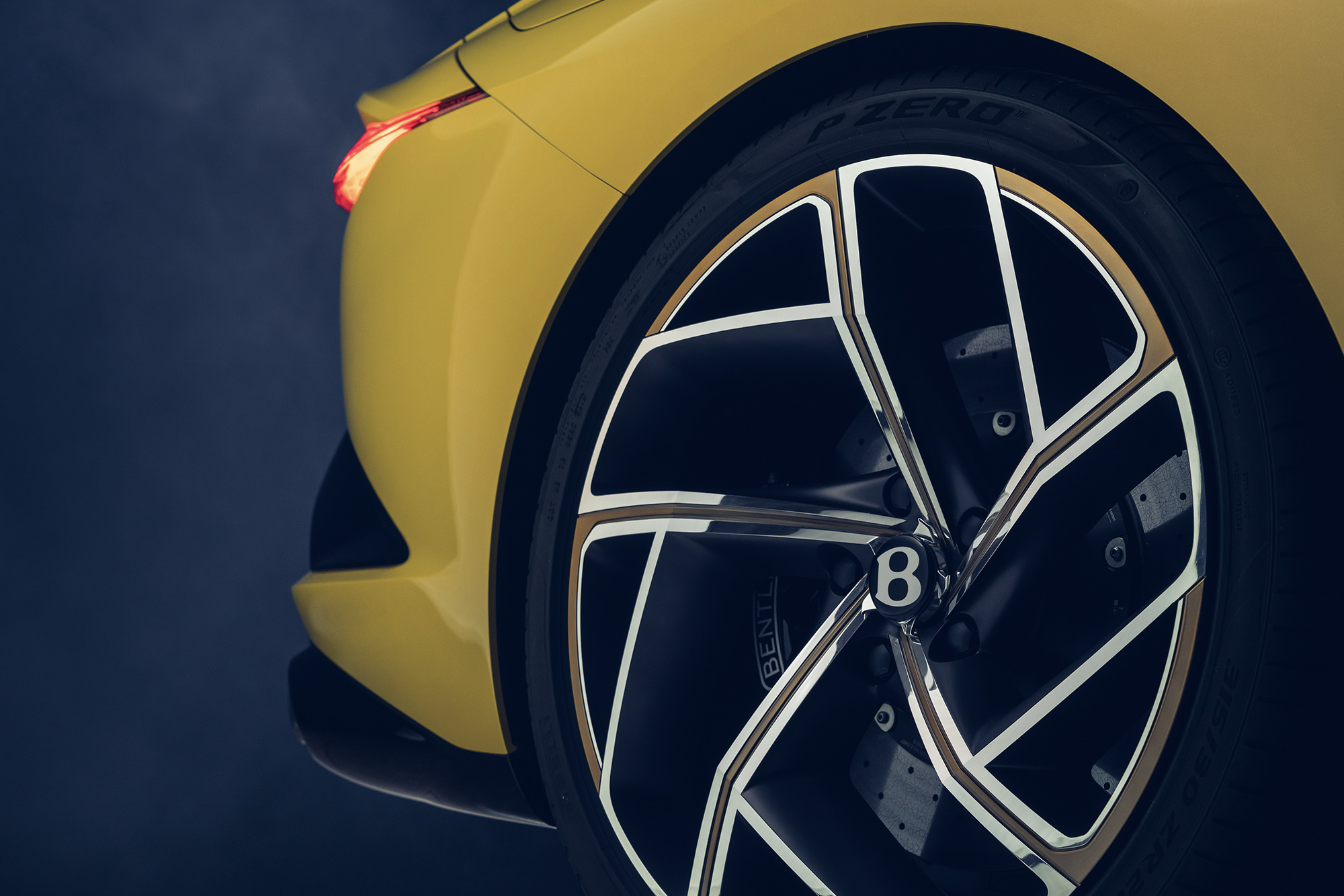 Every body panel is unique to the car, including its carbon fibre doors and wings, while each car will be personalised by their owners, with “rare paint options, exterior treatments and design themes”.

It’s the first model in the coachbuilt range from the firm’s bespoke Mulliner division. More one-off and limited-run models are planned to capitalise on the demands – and budgets – of ultra-wealthy international customers, looking for unique cars. 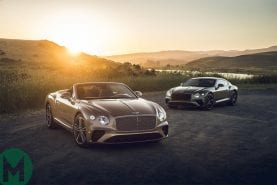 The iconic pre-war Bentley 4½-litre Blower will be recreated in a new series of 12 cars Bentley 4 ½-litre Team Blower Photo: Bentley Bentley has announced that it will build a new series…

Despite its W12 engine, the Bacalar is said to point the way towards sustainability, with paint containing ash from rice husks, wool interior fabrics and the 5,000 year-old wood veneer dashboard, which is described as “ethically-sourced” from East Anglian peat bogs, lakes and rivers.

There’s no hair shirt in evidence, however. The interior includes Beluga leather, Bentley’s rotating dashboard screen and optional Schedoni luggage, which nestles in pods behind the seats.

Bentley says that the car combines comfort with “exceptional handling”, thanks to a fast and smooth eight-speed dual-clutch gearbox and adaptive suspension.

The company is calling its new Mulliner range a return to coachbuilding, reviving the name that created bespoke Bentleys from the 1920s.

The Mulliner Coachbuilt arm will create more unique cars like the Bacalar, while its Mulliner Collections division will offer bespoke additions to the standard Bentley range.

The Mulliner Classic branch is currently working on a new run of 1920-specification Blowers, which were announced last year. 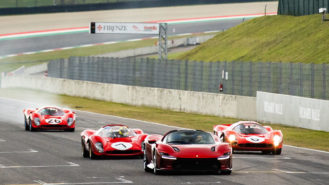 The latest in the Ferrari Icona series, the Daytona SP3, takes inspiration from the classic 330 P3/4, 330 P4 and 412 P Scuderia endurance prototypes 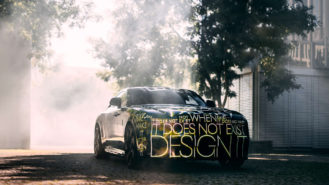 Rolls-Royce is to end production of its combustion-engined range and will only sell fully electric cars from 2030, the company announced today. The first all-electric Rolls-Royce, named Spectre, is due… 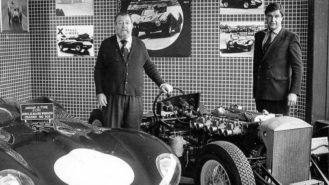 Adrian Hamilton's enthusiasm and passion for cars, displayed in his extensive dealership success, was matched only by his kindness and willingness to help others within his world 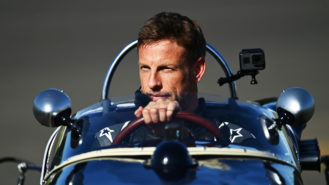