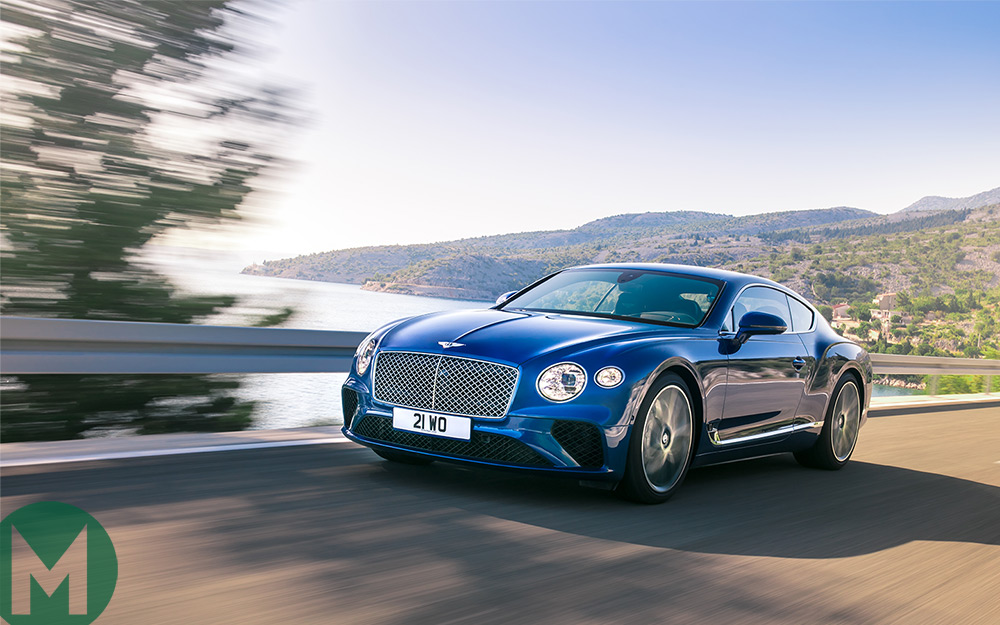 Fourteen years after it was first seen in public, Bentley has replaced the Continental GT. In that time and almost entirely thanks to sales of the GT and its derivatives, Bentley sales have increased ten-fold, placing the company on a firmer footing today than at any time in its near 100 year history.

At first you may not think the 2018 Continental GT is really all that new. Its looks are still clearly related to those of the car it replaces, it’s still powered by a unique 6-litre, twin turbo W12 engine as was the original in 2003, it still has four wheel drive, two-plus-two seating and an interior dripping in wood and leather.

But new it really is. While the old Continental used a heavily evolved version of the architecture designed for the defunct Volkswagen Phaeton, the new car shares its base structure with that of the new Porsche Panamera. Making much greater use of aluminium both in the body and chassis, Bentley says the platform is 80kg lighter than the last, though it is not clear whether this also means the entire car has lost a similar amount of weight.

The engine, which is merely the first that will slot under that sloping bonnet and which will be followed by V8 petrol and hybrid versions, is distantly and dimensionally related to the original but in reality has been so thoroughly re-engineered as to be considered effectively new. It has 626bhp, which is plenty, though it’s worth bearing in mind it’s not a night and day difference to the 553bhp its antecedent offered all those years ago.

What is dramatically different is that it’s now fed through an eight-speed double clutch gearbox, not a conventional torque converter automatic transmission. This will not only cut shift times to make them effectively instantaneous, it will also dramatically improve perceived throttle response, making the Continental feel much more driver oriented than before. The new powertrain is strong enough to propel the Continental GT to 62mph in 3.7sec and on to a top speed of 207mph.

However, the Continental continues to sit on air springs at each corner suggesting that Bentley is prepared only to go so far down the road to enhanced dynamic response and away from passenger comfort. With three chamber springs with 60 per cent greater capacity, controlled by active anti-roll bars powered by their own 48-volt electricity supply, the Continental should be able to offer the broadest envelope of ride and handling ever seen in a Bentley.

But perhaps the greatest step forward owners will notice is the interior design. The shape of the facia actually looks less distinctive to me – I loved the way the old car’s dash mimicked the shape of the Bentley wings – but the technology now on display is simply extraordinary. All the analogue instruments have gone, replaced by massive digital displays you’d be impressed to see on the flight deck of the USS Enterprise. But the party trick is to have a rotating three-sided central display: one moment you’re looking at some of the most detailed mapping ever seen in a road car navigation system, but if you don’t want that it can turn into a slab of walnut, or three conventional dials providing you with the outside temperature, compass heading and a stopwatch.

Bentley is remaining coy about a racing version but the truth is the all new GT3 race car has been under development for some time and should be ready to make its debut for the 2018 season. Bentley’s GT3 programme has been perceived to be a great success as a brand builder, with its current contender remaining fully competitive after four seasons in the field. Until recently Bentley’s motor racing plans were more ambitious still and centred on a new LMP2 car that would make its debut in Bentley’s 2019 centenary year, but these appear to have been cancelled along with other motor sport programmes of VW Group companies in the wake of the Dieselgate debacle.

The new Continental GT will be formally unveiled at the Frankfurt Motor Show on September 12th, before deliveries commence in the New Year.