The Tesla Model 3 could crack electric motoring in Europe as it has done in the US and China, but there is another problem that is difficult to ignore 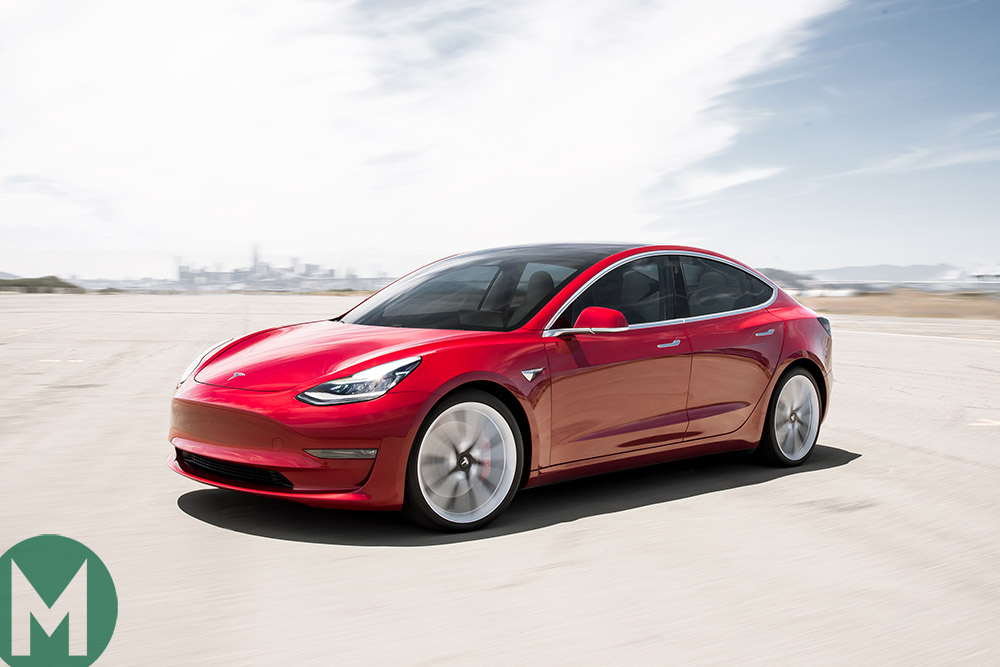 The Tesla Model 3 will finally be available in the UK but is there a market for it? Photo: Tesla

Elon Musk is going to be hoping that BMW’s chief engineer, Klaus Frölich, doesn’t know what he’s talking about. Because if he does Tesla, in Europe at least, is in big trouble. Frölich’s contention is that while pure battery-powered cars work in the US and the Far East, over here demand is not so much small as non-existent. ‘There are no customer requests for Battery Electric Vehicles. None. From what we can see BEVs are for China and California and everywhere else is better off with PHEVS (Plug-in Hybrid Electric Vehicles) with good EV range.’

If he’s right, the Tesla Model 3, its most important to date and the first that can be thought of as in way affordable, is going to be in a whole heap of trouble. And I mention it now because, after five years of talking about it, right-hand drive Model 3s have started to be delivered to British homes. You can buy one for just over £38,000, which is close to BMW 330i money. But this being a press car it’s obviously the ‘Performance’ version with twin electric motor and the Performance’ upgrade pack making this technically the Tesla Model 3 Performance Performance.

There’s a full review in the current issue of the magazine but for now you need to know that for the £56,640 the car costs, you’ll receive a four-wheel-drive Model 3 that will hit 62mph from rest in a McLaren F1 matching 3.2sec and go 329 miles between charges, as measured by the new, more realistic WLTP protocol. And that’s nudging BMW M3 money.

And if high-performance BMWs, Audis, Mercedes and the like are what you’re used to, the Model 3 is going to come as something of a shock. To me it’s biggest problem is not the usual range or recharging issues because I don’t think that anyone with concerns like that will even look at the Model 3. But it just doesn’t look like a rival to such cars. It’s pretty enough, if a trifle amphibian in appearance, but has little road presence and nothing about it that communicates its cost, premium positioning and supercar acceleration. 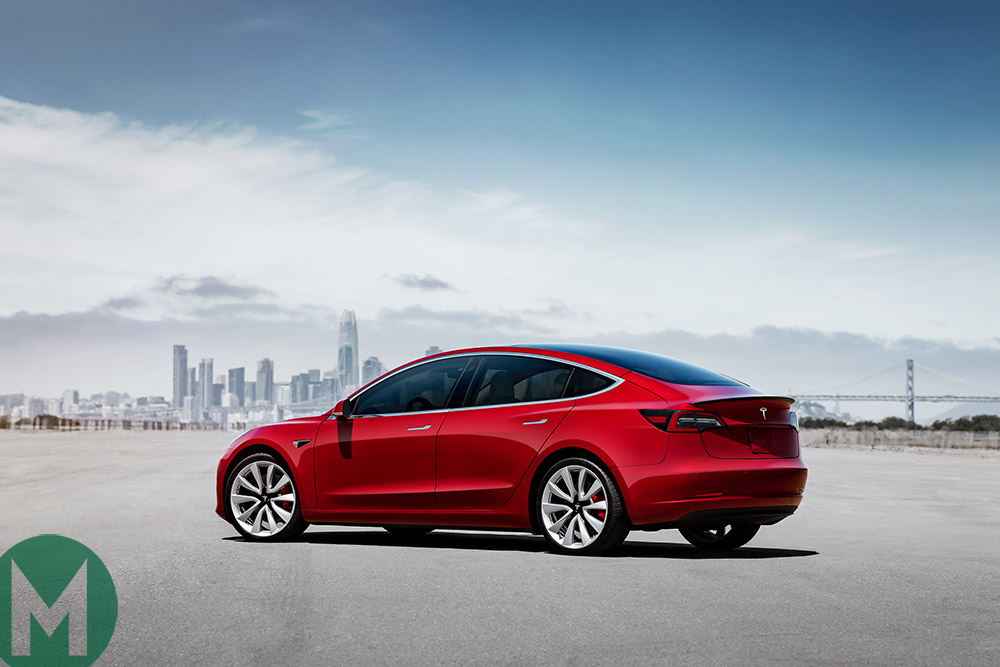 It has the speed and sophistication but lacks the presence of the high-speed rivals from BMW and Mercedes Photo: Tesla

The inside is shocking too, largely because it appears not to have one. By which I mean the dashboard as you and I know is entirely unpopulated by gauges, switches, dials or buttons. Instead, the entire car is controlled by one massive centre screen. Everything is displayed there leaving your view ahead completely unrestricted.

It takes a great deal of acclimatisation. But in my short time with the car I grew to quite like the minimalist approach and found the screen to be quite intuitive and predictable, though I’d still like the most basic of information, like speed, to be in front of me.

So there you are inside a cabin as minimalist as a cable car interior, you’re wafting along on a gentle swell of electrons and then you’re presented with your first open piece of road. So down goes your foot and at once the Tesla presents you with something else you have to learn from scratch. It’s not its level of performance, it’s the way it is delivered. It’s not just urgent, it’s borderline violent. If I were engineering this powertrain, I’d include a selectable soft programme where you get all the performance but in a slightly gentler form. Going from nothing to everything in a tenth of a second rather than a nanosecond would be easier on the insides.

But perhaps Tesla’s greatest advance has come in its suspension development. I never much cared for the way the original Model S rode and handled, but the 3 is comfortable and capable. But again you have to learn its way, particularly if you go nibbling about its adhesion limits. It’s almost as if you can hear it thinking: ‘I think he wants to do a bit of a skid, so let’s indulge him to a safe and limited extent.’ And then that’s what it does. The steering ultra-quick and quite lacking in feel, but it is entertaining in a curious kind of way, more so than my favourite electric car, the Jaguar I-Pace.

No one is going to feel ambivalent towards the Model 3. It does things differently to any road car I’ve driven, other Teslas included. It is in parts brilliant and disappointing, inspired and flawed, outrageous and understated. But it’s worth a look because you might just fall completely for its iconoclastic ways. Certainly, there is nothing else like it out there, and that by itself is something to celebrate.