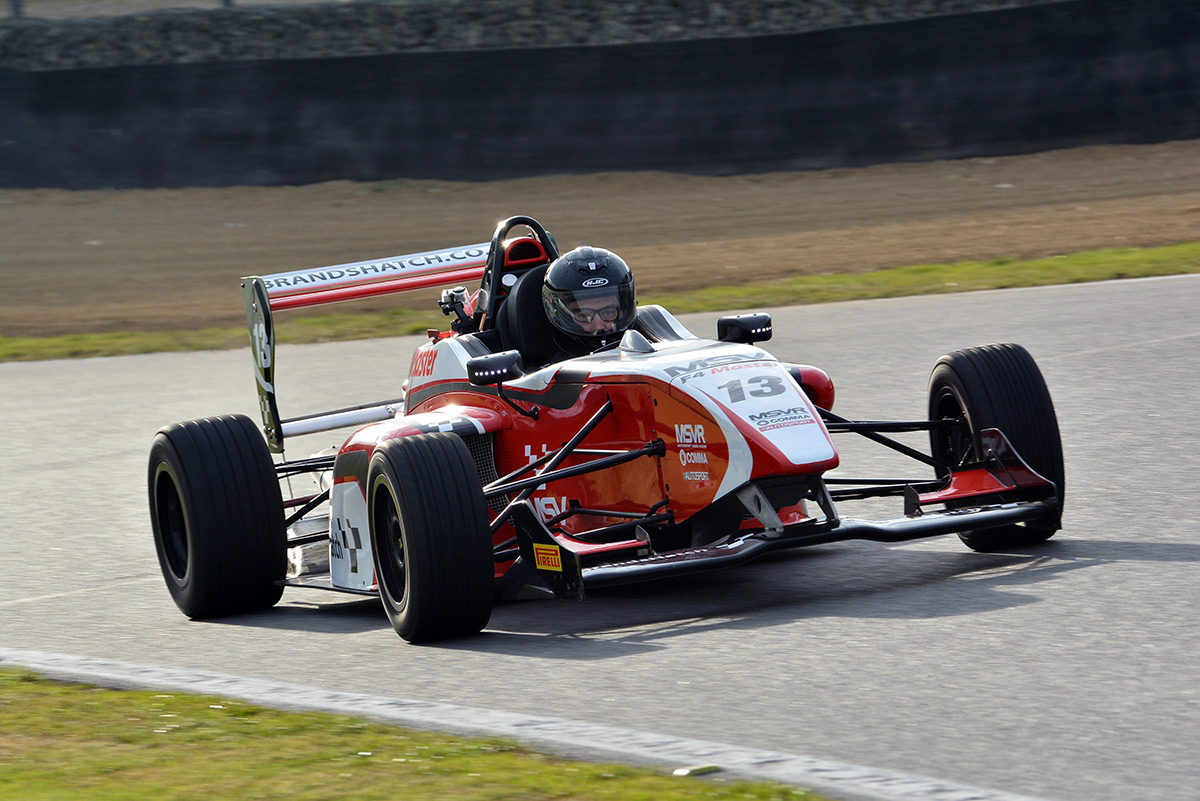 It was cold. The tyres were cold. I caught traffic in bad places. There were yellow flags at Druids for half of the session.

The key to motor sport is to get the excuses out of the way early. Everyone knows that.

Excuses come far more easily to some than others. Much like circuit racing. And nothing quite makes you realise just how good racing drivers are, even at the back of grids, than giving it a go yourself.

Personally, writing about others driving quickly in circles was always going to be a more viable career than attempting to be the one driving quickly. But that doesn’t stop you trying, and the best place to do that, currently, is at Brands Hatch.

No driving experience can match F4 Master’s relevance. Often driving experience cars resemble only slightly a recent single-seater, but barely 12 months ago the cars Joe Public is strapped into each week – for a little over £200 – were propelling Britain’s next stars towards Formula 1. Or near to it. Think GP3 race-winner Jake Hughes, FIA F3 front-runner George Russell, or Will Palmer who, like Russell before him, tested a McLaren as winner of the McLaren Autosport BRDC Award recently. Each won the BRDC Formula 4 title driving these very cars.

Developed by Ralph Firman, he of Van Diemen, the Duratec-powered MSV F4-013 peaked at 185bhp in full race spec. Understandably, they are limited to 5,000rpm in their current guise, so now come up some way short of that. But they were pressed into service for three years, and were only replaced when Jonathan Palmer eyed the gap British F3 had recently left. More power and more downforce was required, a new car developed and these old cars bought back. 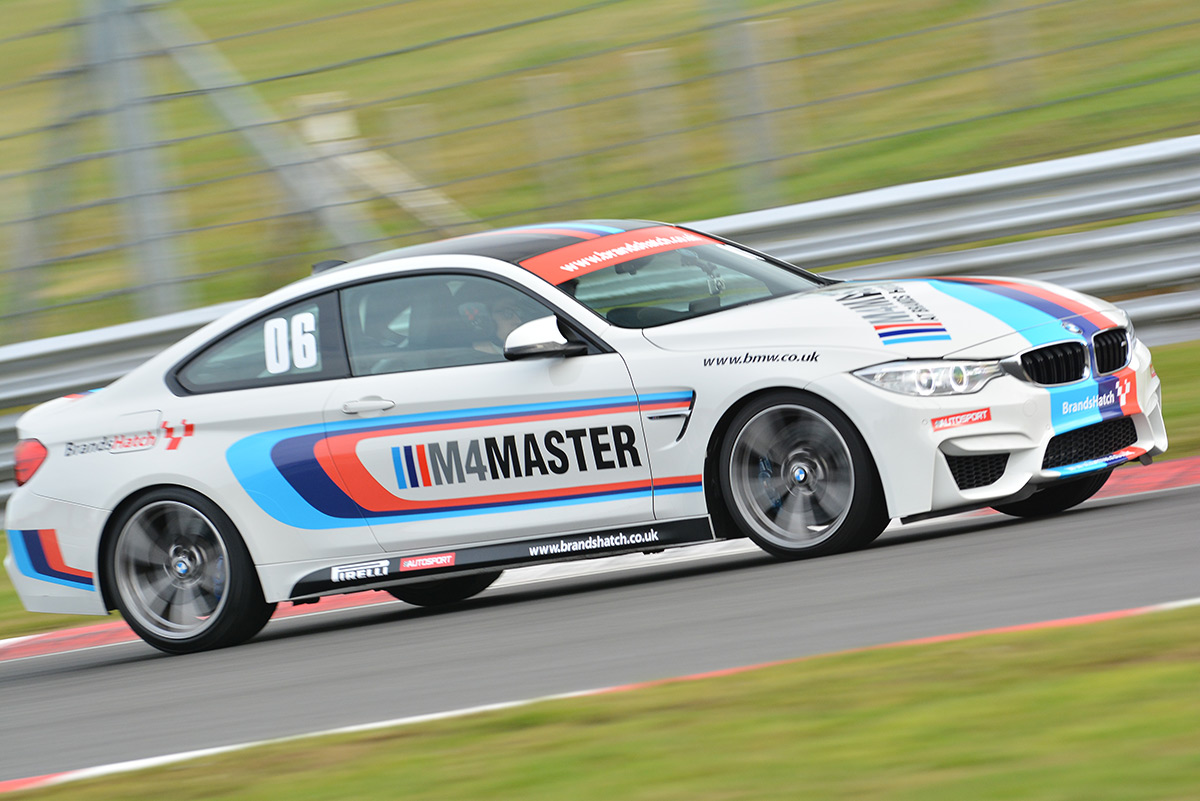 So these are proper, downforce-based racing cars. The steering wheel under your nose only confirms it, with its impressive dash, rev lights and myriad of buttons courtesy of Cosworth. “It’s the most modern and sophisticated open-wheel driving sensation available to the UK public,” goes the marketing blurb and it’s hard to disagree. The whole idea is an excellent, and no doubt lucrative, one.

Naturally, you’re not dispatched straight out in a F4 car, but first in a 425bhp BMW M4 alongside an instructor – club racing single-seater champion Ben Cater in this case. Cones mark the braking, turn-in and acceleration points, but the car in front often dictates those. “He’ll let you by on the straights or make a mistake and run wide with you this close,” I’m told. He obliges, with the latter.

Fifteen minutes of building speed and confidence, of missed apexes and braking too early fly quickly by. “Your lines are good, just don’t get on the power until you get past the cone,” are his parting words before being sent to swap an open-face helmet for a closed one.

The chipper air of the first briefing has been swapped for a mutual quietness, with everyone readying for what comes next. A quick run-through of the aforementioned buttons – and reminder that unlike the BMW there’s no traction control – and we’re sent to our cars, waiting patiently in the pit lane. 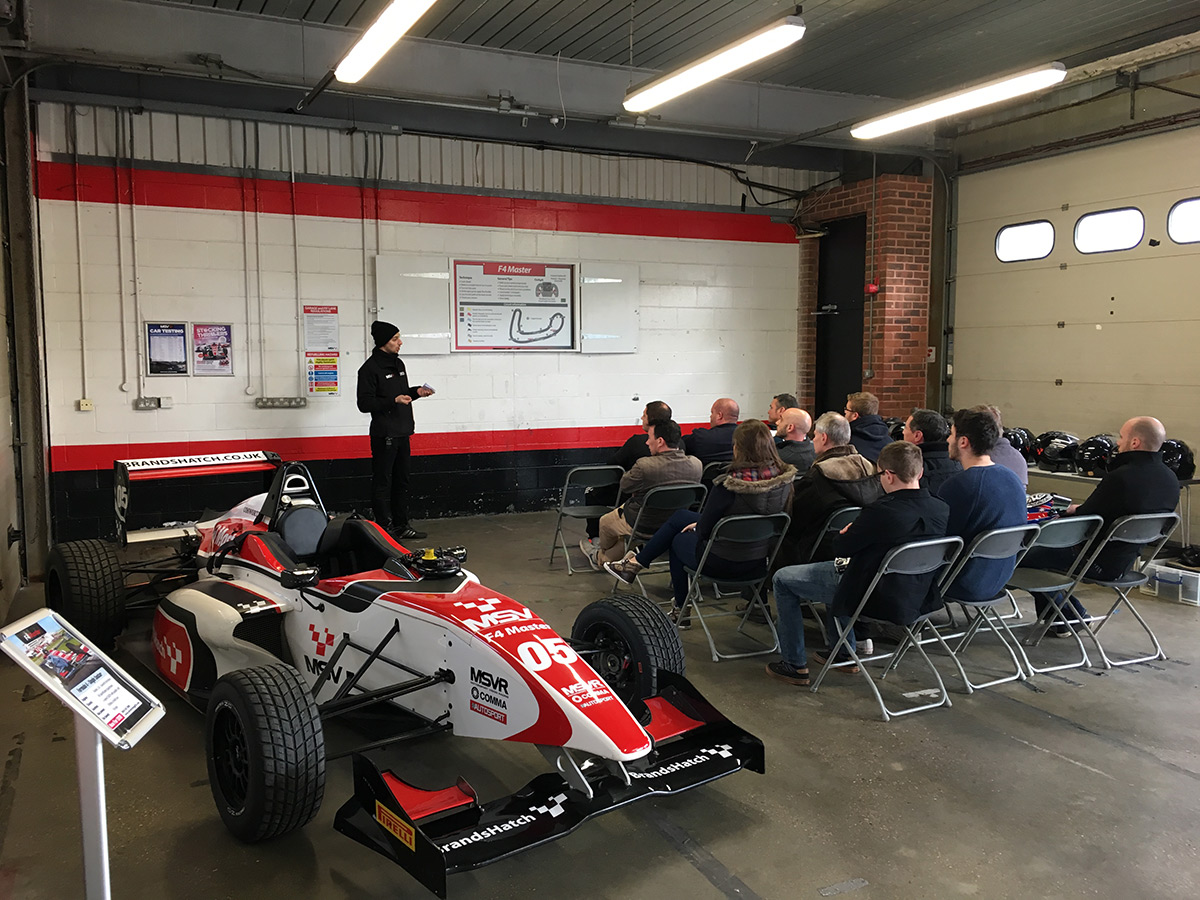 Inevitably, the question of ‘Can you reach the pedals?’ precedes a run for a seat insert. Strapped in, ignition on, it’s then time to head out of the pit lane onto the track with 13 others.

From then on it’s a blur: little of the advice from half an hour ago comes to mind as you head tentatively through Paddock Hill for the first time. Or for the remainder of the out lap. Or the session. All you want to do is catch the car way out in front. If successful, there’s nothing to do except patiently wait for Brands Hatch’s not-so-straight straights and hope you haven’t been baulked so much as to not get past before the braking zone, where overtaking – much like modern F1, you might say – is not allowed.

The truth is, of course, we’re not very good at it. But it is certainly entertaining pretending for 10 minutes or so. Which would have been longer but for the spinner. And the times would have obviously been better if it wasn’t for the resultant yellows. And the cold. And the traffic. And…

For more information about MSV’s F4 Master visit www.msvdrivinggifts.com. Every booking before Christmas comes with a free British Superbike or British Touring Car Championship ticket, too.