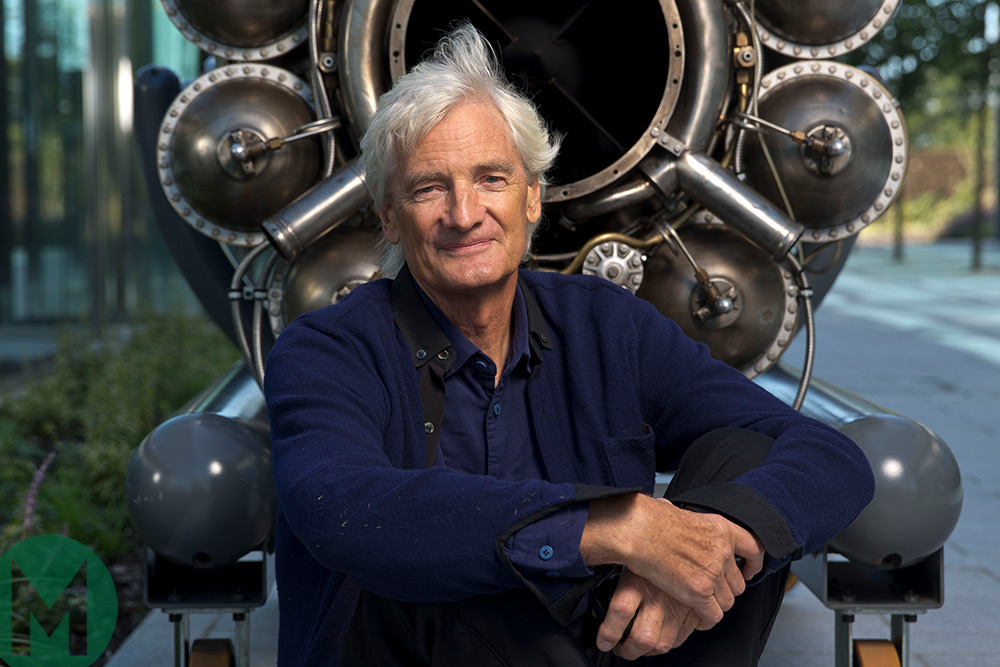 Dyson may have no record to speak of in the car industry, but it has already mastered one of its trickiest skills – the art of secrecy. Indeed, had the government not in March of last year inadvertently blurted out that it was helping support a Dyson electric car in its National Infrastructure Development Plan, who knows when we’d have even known of the project’s existence. There have been rumours, of course, and a few high-level poachings – a top Aston Martin engineer and its head of purchasing, plus a Tesla PR chief – but nothing concrete until now.

But even now that Sir James Dyson has formally announced his new car project, he’s still managed to say almost nothing about it, leaving us poor hacks with little option but to rely on the few skills needed to get anywhere in our business: that of idle speculation. Even so, before I extend a digit into the wind, this is what very little he has so far confirmed.

This specific project has been ongoing since 2015 and will result in a car that will be sold by 2020. In fact, Dyson has been thinking about electric cars ever since 1998 when, to his unconcealed annoyance, the government of the day passed up his idea of a filtration system to lower diesel exhaust emissions [sketches in the gallery below, courtesy of Dyson], which just goes to illustrate just how far ahead of the times his thinking was.

The electric car project is costing around £2.5 billion and those costs are split very roughly half and half between designing, engineering and developing a battery and electric motor for the car, and the car itself. As 2017 draws towards a close Dyson already has the motor, and two batteries are under development, but the car does not yet exist. When it is offered for sale it will be an expensive, premium product. He says the car will be ‘quite radical’ and while the engineering is being done in the UK, he has stopped a long way short of saying it will be built here too. He cites the size of the market in the Far East and says ‘we want to be near where our largest markets are and I believe the Far East has reacted more quickly than the UK or Europe’.

And that’s about it.

So what, then, can be inferred or deduced?

First, we have to interpret Dyson’s use of the word ‘radical’. He is not the first maverick British entrepreneur to try to introduce a radical new electric car to the market and the precedent in the form of Sir Clive Sinclair’s ill-starred C5 is not good. But that’s not where Dyson is heading: I think that when he says ‘radical’ he is referring to the car’s technology, not its positioning in the marketplace. I expect one radical aspect of its design is that it will be powered by a solid-state battery. These have the potential not only to have double the energy density of conventional lithium-ion batteries but also at a fraction of the cost. They require very little cooling, too, all of which equates to massive savings in all three areas in which current batteries are deficient: space, weight and price.

I think it will also be capable of being described as an SUV, an increasingly catch-all category so large it will soon include everything from an enormous Rolls-Royce to a tiny Suzuki, and so loose in definition it can be equally applied to a four-door coupe on stilts and a Land Rover Defender. But I imagine that Dyson will be heading to a place in the market that prioritises margins over volume but which can still be sold in reasonable numbers, which probably means something big, stylish and fast.

Will it succeed? There’s a lot to suggest it won’t. Companies far larger than Dyson have gone some distance down this road before turning back or heading off in a different direction – Apple and Google are believed to be among them. Also, Dyson has no track record in the field, no joint venture of which we are aware that enables it to access extant expertise in the field. Three years before production starts it has no car and, just as important, no factory in which to build it – at least so far as has been made public.

There’s also a branding issue to consider: Dyson may or may not make the world’s best vacuum cleaners or hand dryers, but will people pass by cars like Porsche’s forthcoming Mission E for a Dyson?

But what about Tesla? Doesn’t that prove that a start-up can come from nowhere and defy the establishment view? Well, Tesla has achieved some extraordinary things in the last 14 years, but making a profit does not yet count among them.

But there is another side to this picture. Tesla may not be profitable, but that has not stopped it this year becoming the most valuable car company in the US, overtaking both Ford and General Motors. And on sales measured in the tens of thousands, rather than the millions. The timing is right: when Tesla started it was a lone voice in the wilderness, now everyone accepts our future is electric. Tesla has also done much to prepare the ground for Dyson: while Teslas initially appealed only to a small and brave cohort of early adopters, by the time the Dyson car comes to market such cars will be comparatively mainstream. And while Dyson does not have the track record in the industry, nor is it tainted in any way by an internally combusted past.

Ultimately, however, the success of the project will come down to three things, if I may paraphrase a former Prime Minister: the product, the product, and the product. Dyson has some fine brains among the 400 engineers already employed on the project, including that of Ian Minards, the man responsible for engineering cars like Aston Martins DB9 and DB11, both of which were greeted with rave reviews by the market. If Dyson can be the one to crack the range and recharging issues, if the car is sufficiently innovative and attractive to say good things about those who buy them, but not so wacky it puts off a pretty conservative mainstream market already struggling to adapt to the biggest change in its history, then I think there is all to play for.

There are a lot of ‘ifs’ in there, but there’s a lot to be positive about too. It’s just a pity we’ll need to wait three years to find out the answers.